Next month, AMD will release the 16 core 9 3950x and the third generation of the thread Ripper processor on the febrile platform.

This time, the trx40 motherboard will be suitable for the three generations of rippers. It is said that there will be a Trx80 motherboard specially designed for the 48 / 64 core workstation in the future. 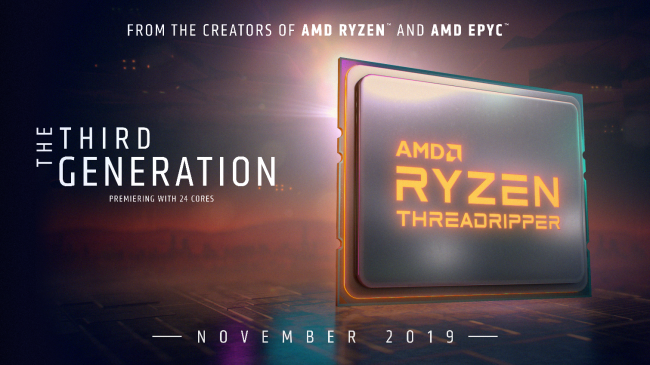 As trx40 is still the TR4 interface, which is consistent with x399, if you don't mind losing PCIe 4.0, the third generation Ripper can theoretically run on x399. I hope amd doesn't block the way that can save players money.

According to the report, AMD will announce three new processors, namely 3960x, 3970x and 3990x, as well as trx40 chipset, on November 5. Motherboard manufacturers will also display new products simultaneously. On November 19, 3960x and 3970x were lifted from the ban and listed. It is estimated that they will be 24 cores and 36 cores respectively. 3990x will not appear until January next year. It may be 64 cores, but it is strange that there is a 3980x (48 cores) missing in the middle.