At the surface launch this year, Microsoft introduced a new operating system, called.

Although the core is Windows 10, in order to adapt to the new folding screen, many places have a completely different design from the current Win10.

Recently, a group of official leaked pictures from Microsoft brought us more detailed introduction about windows 10x, and these detailed pictures also show that the future windows 10x will be more modern and better used than the current version of win10! 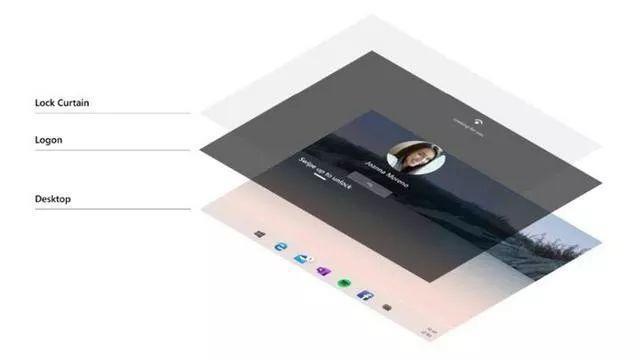 Windows10X will no longer have it.

As can be seen from the leaked pictures, the interface is actually very similar to the current smartphone platform, where users can not only start the app directly, but also see the files they have just edited. 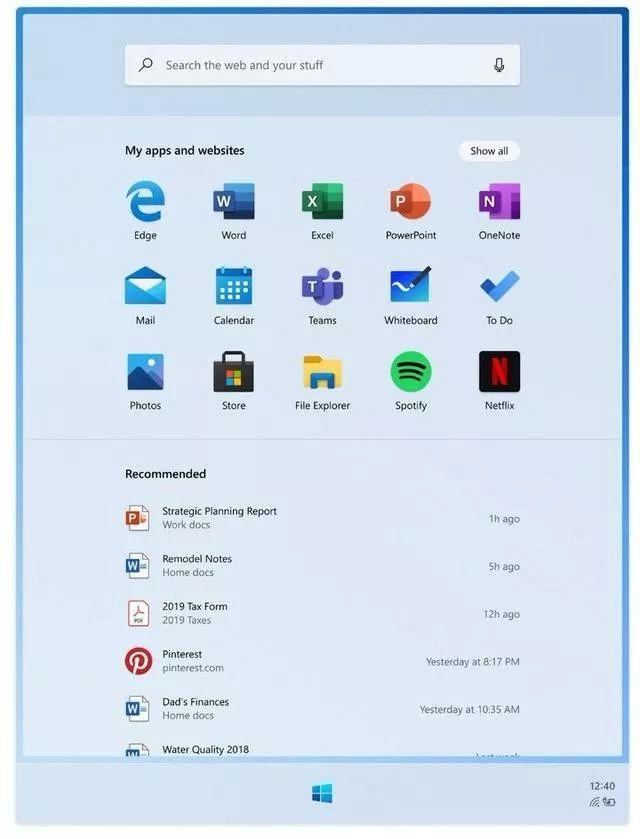 At the top of the interface is a search box and a speech recognition button, not surprisingly, it is still home to Cortana.

However, from the current screenshot, windows 10x should have two types of launchers, one is the full screen launcher shown in Figure 2.

The other is similar to the current start menu, which can quickly start other programs without quitting the current application. 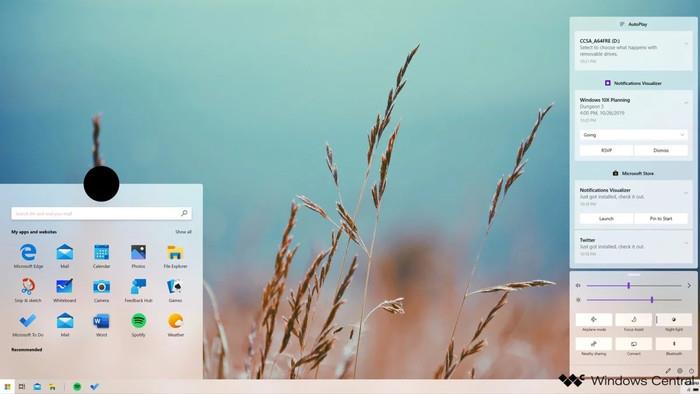 Windows Hello of the startup interface

The Windows 10X startup interface is not much different from the current Win10, and you can still see elegant translucent backgrounds and account avatars.

The top is the classic symbol of Windows Hello, which means that fingerprint recognition and facial recognition in current Win10 can be used normally in Windows 10X.

Below is the spare pin input box. If there is a problem with biometrics, the pin can still help you enter the system quickly. 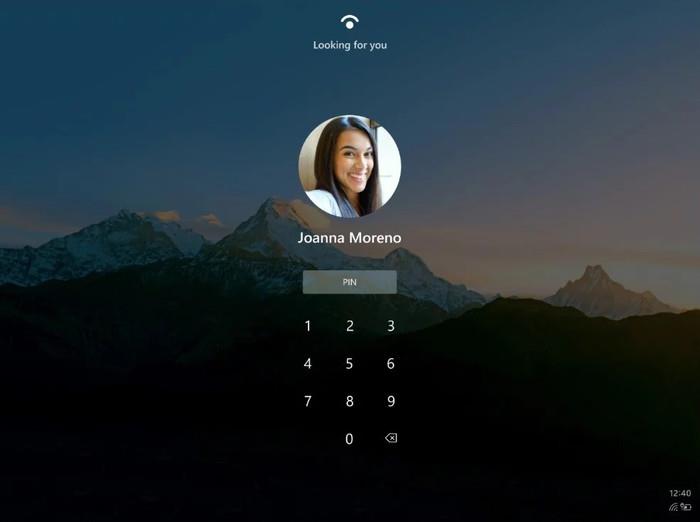 the taskbar is still

The taskbar doesn't disappear in Windows 10x, but it just refers to the design of MAC dock.

In addition to the original start button, you can see the shortcut start button and time, network, and other status icons here.

Xiaobian estimated that the new system should provide two ways to run the taskbar, one is to display only the shortcut icon as shown in the figure, and the other is to display the currently opened application in addition to the icon like the current version, so that users can quickly switch.

The notification center uses a completely different design from the current version in the Windows 10X, and you will find that the new interface is no longer combined with the quick operation area in appearance, and the overall feeling is suspended above the entire interface.

In addition, a quick adjustment slider is added to the operation area, and the screen brightness and volume can be directly slid by hand.

The lower right corner adds three new icons, which should be written, set, and shut down depending on the shape.

If the speculation is true, it means that many modules in Windows 10x can scale freely according to the environment, which is exactly the same as the current win10 debut. 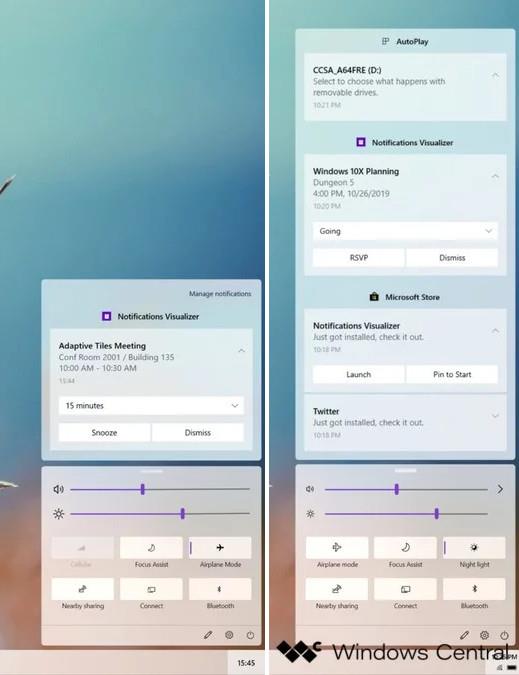 Windows 10x's Explorer has a new design, which at least looks more harmonious than the current version.

The first is that the color and style are closer to the overall design, and the buttons and Ribbon areas look self-contained, rather than as obvious as the current version.

The content area began to add the summary prompt, which once appeared on Win98 and Vista systems, but later was no longer visible.

In addition, separator, functional area division is no longer abrupt, more through color blocks and icons to distinguish. And this design is obviously a reference to the popularity of the industry, neat, coordinated, unified. 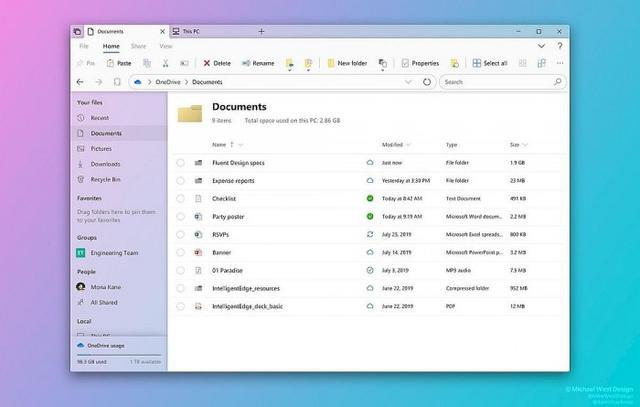 Finally, let's talk about the global tab bar. This function has been proposed since the win10 era. However, if the later versions are added or removed, it's hard to say whether the dream can come true in Windows 10x.

But at least the design appeared, which gives us a hope, really think Microsoft will not jump again.

This picture has been circulated online before, and many people think it will appear in a new version of Win10.

Now it's finally confirmed that it's the windows 10x setup panel.

Compared with the current Win10 setup panel, one of the major changes in the new panel is the addition of personal account avatars, which generally feel more like the adjustment of Mac or a smartphone system.

Anyway, the new design at least got us out of the current Win10. 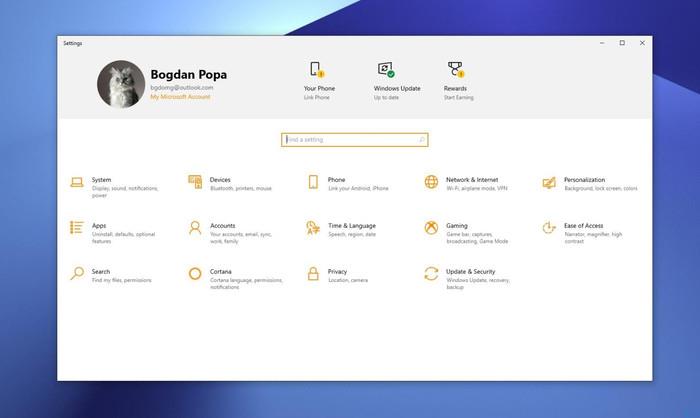 The Windows 10X is a product of dual-screen devices, but its dual-screen is not as simple as the current Win10 multi-screen.

For example, when you put a magnetic suction keyboard on one screen, in addition to displaying the main body content on another screen,

Of course, this is only a physical keyboard. If you call up the virtual keyboard in Windows 10x directly, it is also a good experience. 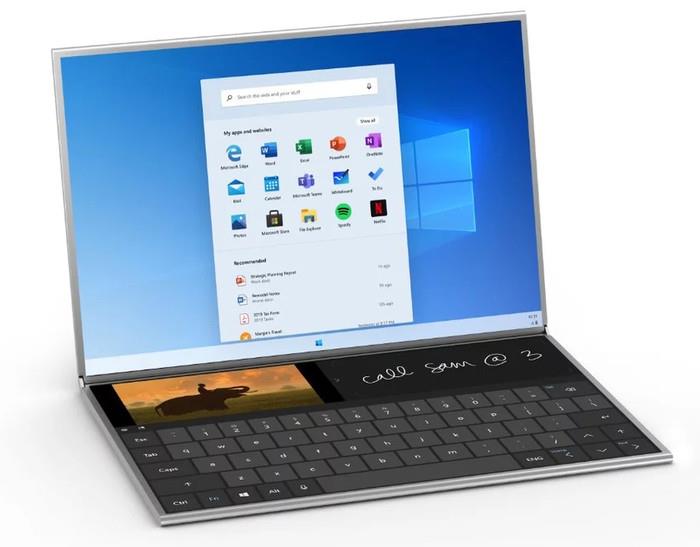 There are many similar scenes, such as when one screen plays a video, the other screen can surf the Internet and process emails.

Or split the contents of the two screens at any time and put them together at any time.

In general, the surface Neo is a dual-screen display, but it adds more interesting changes than Win10. 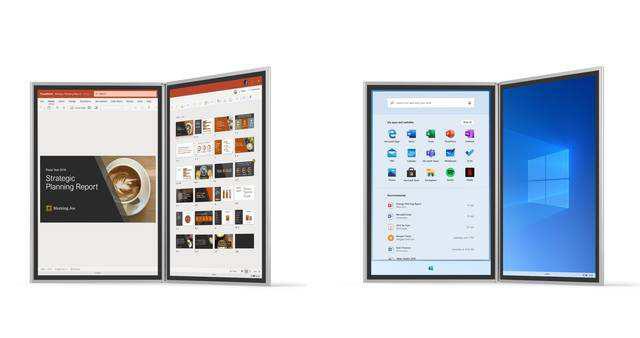 Although the leak was small, the overall value of Windows 10 X is significantly higher than the current version.

Although many modules have not changed much in function, after regrinding, the overall tuning looks more self-contained.

In addition, the leak is a number of interface diagrams, and there is no shadow of built-in applications.

But in the light of a new ICON diagram of Win10X that has been circulated on the Internet before, Microsoft is likely to also deal with these common components at the same time.

in a word, this pot 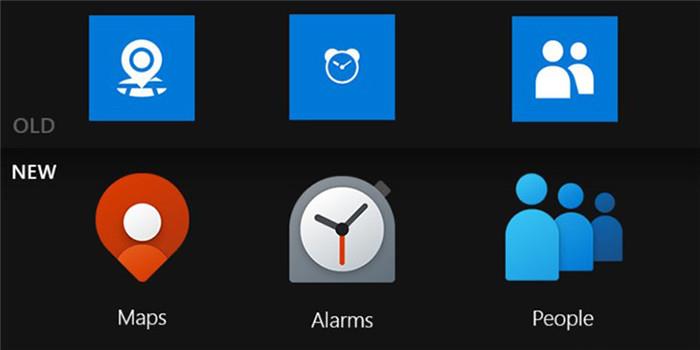 It doesn't look at all. 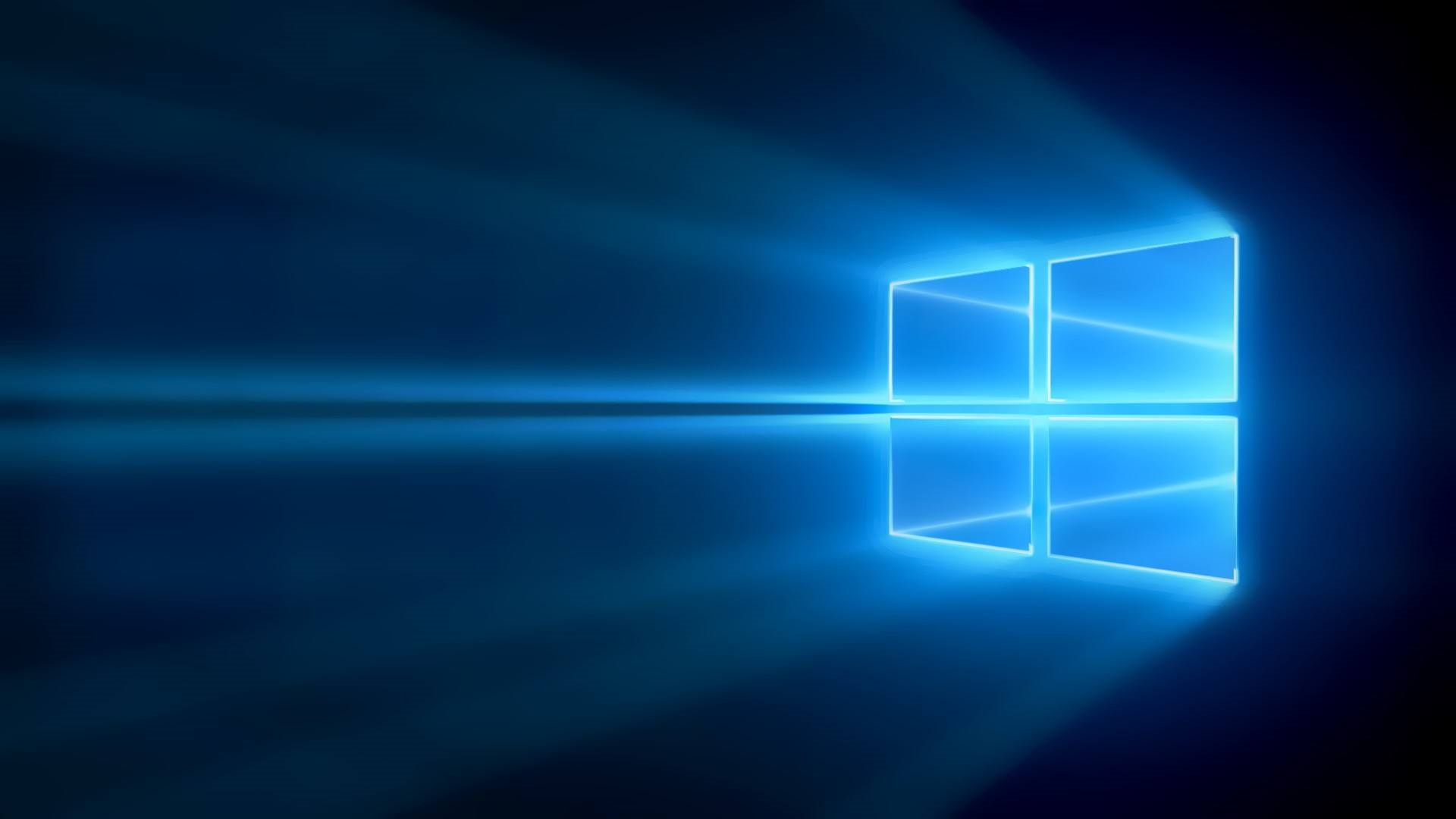 Related news
Microsoft Build Conference: Windows Retreat, Microsoft Rebirth
New windows is coming! Microsoft Windows 10x details
Roadmap for Windows 10 2020: the highlight is Windows 10X()
Windows 10 update will introduce many functions of windows 10x
Microsoft search is expected to log on to windows 10 this September
Hot news this week
China has found 35 known cases of the new zoonotic virus Langya
Losses in a single quarter of $ 23.4 billion a record, SoftBank did not carry the plunge of technology stocks and the devaluation of the yen
The prevention and control of the American Monkey epidemic has failed. What should I pay attention to?
Kuaishou launched a self-developed cloud intelligent video processing chip: The chip has been streamed successfully
The new product of Xiaomi MIX is coming: both internal and external dual -screen has been upgraded to make up for the previous generation.
Ministry of Public Security: Single telecommunications network fraud continues to cause 40 % of all electrical fraud cases
A new zoonotic virus, Langya, found in China has not yet been confirmed to be transmitted from person to person
A tech company in Shanghai has been fined 220,000 yuan for swiping orders to improve its ranking on Yelp
Special price "kill ripe"? Bike-sharing platforms have different prices for the same package for different users
Alibaba: Shareholders SoftBank will settle in advance for advanced payment in advance involving a maximum of about 242 million ADR
The most popular news this week
Apple's new iPad does not support 3.5mm headphone hole, Baidu map big update, anchor adopted two protected plants were checked, Rui Dragon 7000 series price stolen, these are the o...
A proposed ban on Internet addiction in California has failed
Industrial star attraction strategy to cope with the American semiconductor strangulation strategy
"Mother of the Chip" suffers! The United States blocked EDA to China: not so simple
8K Super Clear screen records Lingyue of China Space Station! Only 0.72 seconds
Sell to Tencent less than a year Sogou by the big purge: three major businesses are gone
After being suppressed by the United States, why did Ren Zhengfei thank you?
The fightback is coming! After ditching 34 Chinese suppliers, Apple was decisively rebuffed by two Chinese companies
Too sudden! The United States is clamping down again
Why is brain labor tired? Scientist: The brain can make poison