ASUS once again raised the notebook. 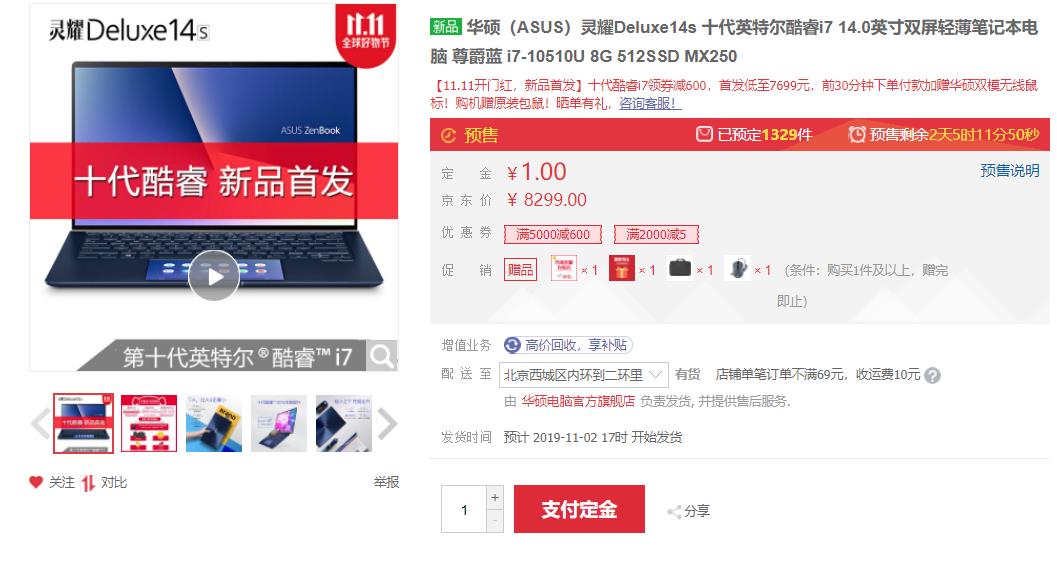 In daily use, once the screen is filled with windows of various software, even if the mouse slides to fly up, it will often feel inefficient. In view of this kind of situation, screenpad 2.0 cleverly uses the touch panel area of the notebook to transform it into a touch screen. With the support of screen xpert and other software, it can not only get the expansion of the screen display, but also make the user easily get the convenient operation like a mobile phone, and comprehensively improve the application efficiency of the computer. 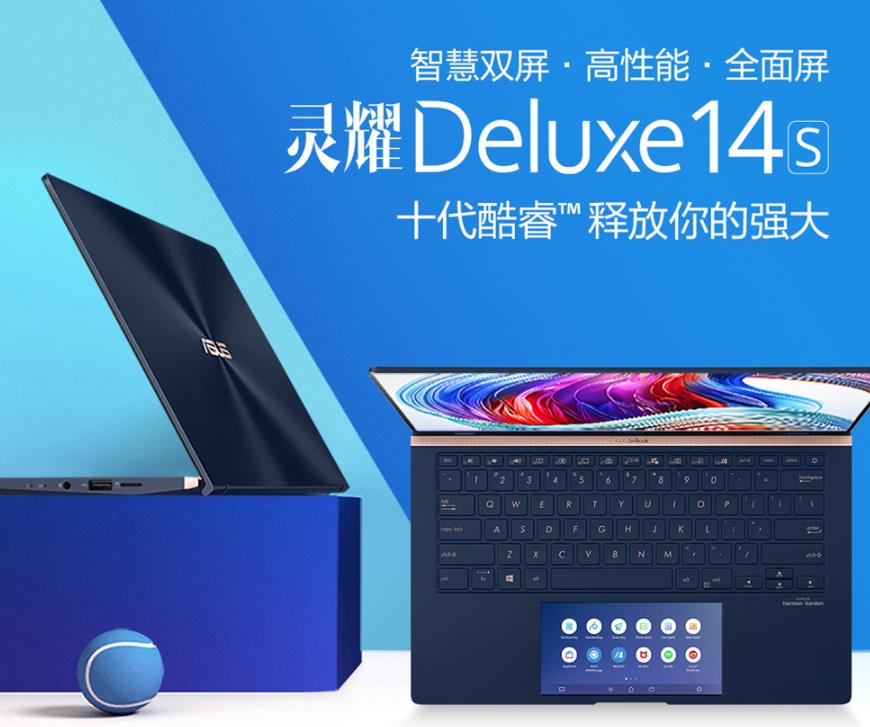 The screenpad 2.0 on Asustek lingyao deluxe14s has a 5.65 inch screen. Compared with the traditional touch bar type design, screenpad 2.0 not only has a larger screen, but also a richer display content. The most important thing is that for traditional notebook users, it can be used without adaptation.

Currently, screenpad 2.0 has a variety of interactive application scenarios. The typical application is shortcut key, which is equivalent to adding physical shortcut key for users. In the complex mouse operation, one click on (direct) operation is undoubtedly a pleasant thing. 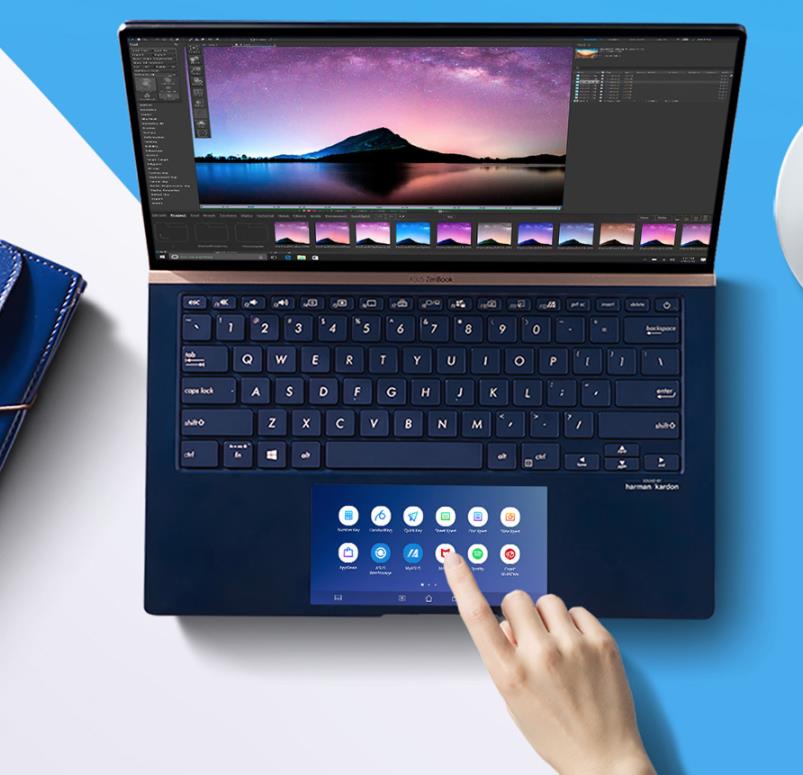 In addition, screenpad 2.0 provides app like application scenarios, just like the display mode of the mobile phone interface, which can easily call programs such as calendar, calculator, player and so on to display and control on the small screen separately, thus relieving the display pressure of the main screen. In addition, when the main screen is opened, such as office software operation, the small screen will also give corresponding font, color and other command shortcuts. Of course, screenpad 2.0 can also be used for handwritten operation and traditional mouse touch panel functions, making human-computer interaction more diverse.

Lingyao deluxe14s not only has a bright spot in double screen design, but also maintains the advantage of rolling grade in performance and beauty.

Asus Lingyao Deluxe 14s with the tenth generation of Intel 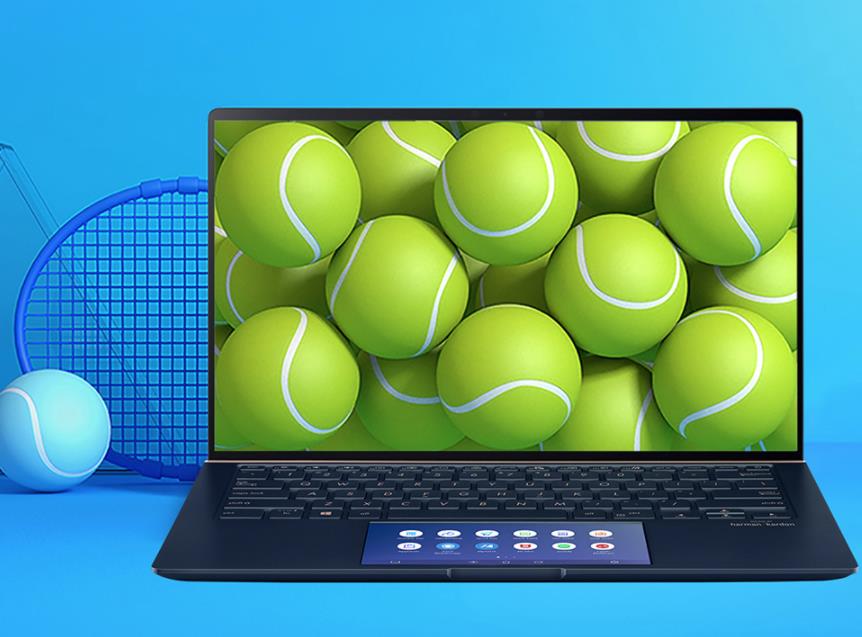 In addition, the four-side micro-frame design of the Lingyao Deluxe series is still reserved on the Asus Lingyao Deluxe 14s.92% of the super-large screen occupies a ratio of about 2.9mm, and the frame design is brought to the user.

Asustek lingyao deluxe14s improves the user's experience and efficiency in an all-round way with the never before interactive and intelligent double screen design. 92% of the super high screen share and the noble blue color design not only improve the color value, but also make the ten generation of core carry more valuable. At present, booking in Jingdong can not only enjoy new products in the first time, but also get multiple discounts. On November 1, lingyao Deluxe 14s was launched.

Related news
LG Chem sues competitor SK Innovation: stealing trade secrets
Double Robotics pushes forward a new generation of telepresence robots: as if in an analog video game
Intelligent double screen Innovation Interaction Asustek lingyao Deluxe 14s
Hot news this week
Bitcoin mining machine giant Yibang international successfully listed in the United States: raising more than $100 million
China's second-biggest retail channel for smartphones in May Huawei is a step away
Huawei cloud's industrial Internet business experience: how to make the cloud serve the entire "circle of friends"?
Huawei's first mobile device equipped with Hongmeng may be Kirin 1020 with a 5-nm process
After the total ban, the United States announced the arrest of Fujian Jinhua General Manager Chen Zhengkun!
Japanese legislation forbids walking and playing mobile phones: mobile phones in public places should stand still
A reporter from the United States who was infected with the new coronavirus took part in the trump campaign rally
NASA announces the name of the headquarters building after its first black female Engineer
Most people don't know that the hole at the bottom of the original mobile phone also has this function
A hundred yuan 5g mobile phone is not far away. It's said that the new mt6853 of MediaTek has been launched
The most popular news this week
Wechat has not done this function for N years! Use this app to make up for the defects of wechat
Zhao Ming responds to the offline interview with Yu Chengdong: the pressure this year is much greater than that of last year. Huawei glory is the only two growth brand
How long will it take for a real 1000 yuan 5g mobile phone? Zhao Ming: we have to wait
Glory Zhao Ming: 5g mobile phones account for nearly 50%
Byte beat vice president reconnects Tencent?
It's incredible that Intel will push the z590 chipset pci4.0 early next year?
Selling business out of multinational market
What is the status quo of domestic memory chips?
Zhao Ming talks about 5 G mobile phone competition: do a good job of products without gimmick
What are the difficulties of large screen mobile phones in 5g era? Glory Zhao Ming: it's hard to change it after two years' sharpening