According to the recently exposed linux driver update, amd 5700 and 5700xt series with good reputation are about to welcome some good friends. According to the driver, we not only confirmed the Navi 22 and 23 GPU in the previous rumors, but also confirmed the navi 12, 21 and other Lite versions again, and deepened our support for the other three Navi 14 video cards.First, facing the entry-level consumer market, amd should be developing 5 NAVI 14 GPUs. This driver lists Navi 14 XT, XTM, XL, XLM, and XTX. The first two are the previously announced 5500 and 5500m (mobile version). 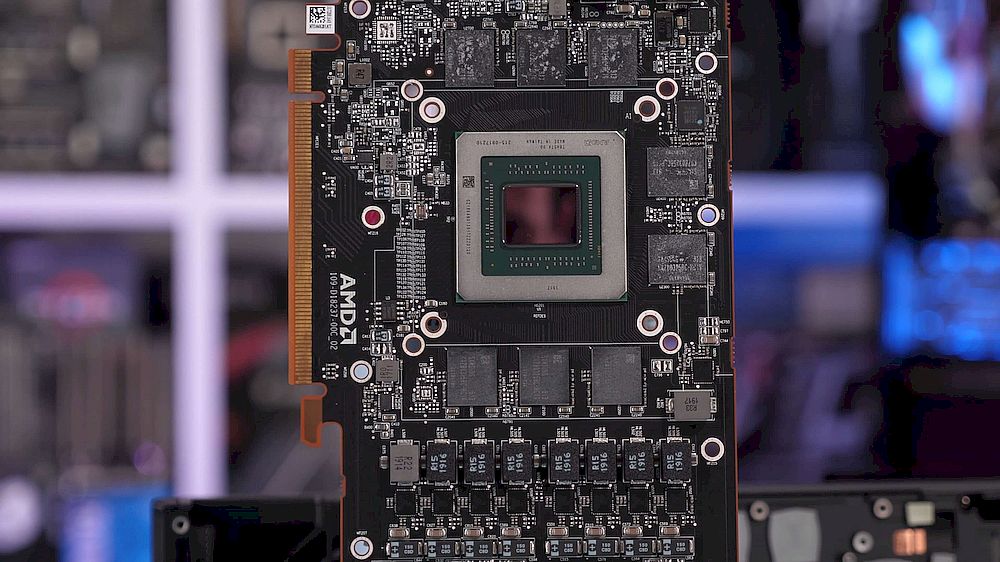 The suffixes of these codes indicate that the next two are cheaper Pro people versions, as well as their mobile versions, which may be the 5300 seen in the HP Game PC at the end of September last year. For the 5700 series, the XTX code represents the overclocking 50th anniversary card, while the XTX here is intriguing. The driver also contains specifications for clock frequency alignment with 5500 and 5500m base clocks. Although there is no information about the number of cores at present, the core may be lower than 1408 of 5500 at first.

A scientist in Japan@KOMACHI_ENSAKAFrom a new driver of AMD, we found 12 new amd graphics device IDs that are said to be able to use Navi 14 core as well. 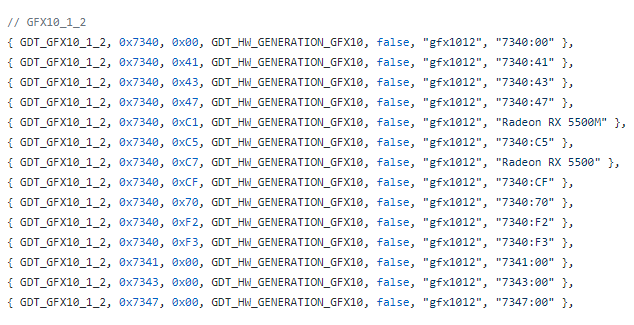 Related news
AMD has officially released RX 5700 Series graphics cards: two magic blessings
AMD is already preparing more new graphics cards, Navi 14, and Linux drivers
AMD Navi 14 GPU leak test results are much lower than RX 5700 XT
More graphics cards for Navi 14? The new AMD driver contains 14 new devices ID
5700xt series is accompanied by three new navi-14 graphics cards (Figure)
Amd Navi 21 large core exposure: equal to two RX 5700 XT
Amd RX 5600 XT is not the new core: Navi 10 cut another knife
Xbox Series X will start AMD the most complex hybrid architecture to date SoC：x86ARM 7 second generation
Microsoft announces Xbox series X configuration details: waiting for the game
7 nm Navi launched for one year amd reviews its own graphics card: performance leads n card by 20%
Hot news this week
Zhao Lijian responded to the British "blocking" Huawei: generalizing the concept of national security harms others and harms themselves
Zhao lijian said the UK's decision to block Huawei under PRESSURE from the US was damaging others and not benefiting itself
Tencent web drama "Beginning" Douban opening score 8.2: the male protagonist's mobile phone has become a highlight!
Samsung's new notebook patent publication: the keyboard is divided into two-quarters after two folds.
AsiaInfo Technology Announces Acquisition of iResearch Consulting to continue to increase digital operations and digital and intelligent transformation
Canon China plans to close some production lines in Zhuhai in response to the zhuhai company's suspension of production
Breakthrough: Chinese scientists have discovered and confirmed the boson exotic metal for the first time
Volkswagen's sales in China plummeted, a record low in 8 years! The CEO revealed the reason for the helplessness
Only 2 decisive headphones Class A Certification of the Ministry of Industry and Information Technology? Perhaps it is misunderstanding
1KW electric energy production 3KW heat Tesla hot pump low temperature hidden dangers were investigated
The most popular news this week
Can Jay Chou listen free? Look at 15 seconds, listen to 30 minutes song, QQ music internal test free listening song mode
Activision Blizzard employee: It's good that the company is being bought by Microsoft. Maybe it can be saved
The Hang Seng Technology Index is 0.95%: Netease has fallen over 3%, and the quick hand fell over 2%.
China's groundwater resources reserves are identified for the first time: the southern freshwater reserves account for only 5% of the country's total
Microsoft Gaming Executive: Had a friendly call with Sony management
The United States seeks to contain scientific giants Google 2021 year tour spending increased by 13 million yuan
QQ Music ranked third among the world's most popular music platforms
IPHONE open side load? The US Senate Group has approved the bill to vote
钛媒体科股早知道：价格创十年新高，需求占比或提升5倍以上，特斯拉全球出击疯狂抢占该资源；国家卫健委研究出台更多积极生育支持措施
Take stock of Microsoft's top ten acquisitions: 3 of the more than 10 billion US dollars Nokia is not in the top 5