According to Tuesday's release,2019 National Survey of Adolescent Tobacco in the United StatesIn the past 30 days, a quarter of American high school students and a tenth of junior high school students have tried electronic cigarettes.The findings come as state and federal governments are calling for stricter regulations to stop more and more young people using e-cigarettes. However, the current efforts may be due to the continued failure to allow easy access to peppermint and menthol e-cigarettes. 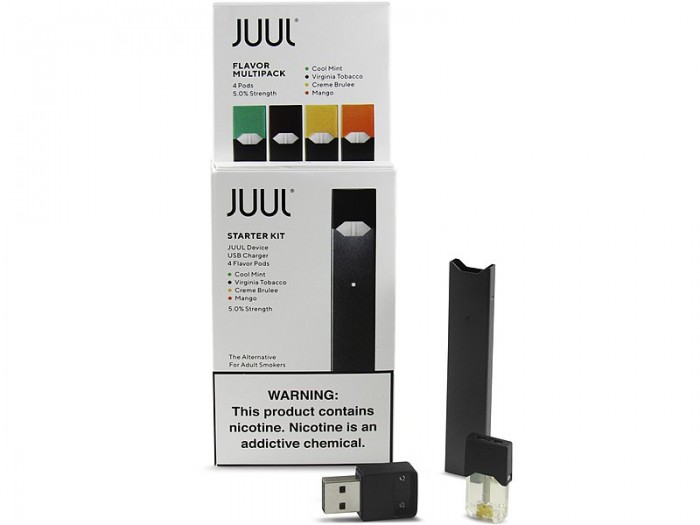 Another study, published Tuesday in the same magazine, found that Juul mint e-cigarettes were the most popular flavors among eighth to 12th graders.

According to figures published in the Journal of the American Medical Association, 4.1 million high school students in the United States now use electronic cigarettes, an increase of 500000 over the previous year. This is a huge leap from five years ago, when only 4.5% of high school students reported using electronic cigarettes. Since 2014, electronic cigarettes have surpassed traditional cigarettes and become the most popular tobacco products among American high school students. Students also smoke more often. More than two-thirds of e-cigarette users said they had used e-cigarettes for at least 20 days in the past 30 days. Last year it was close to a quarter. However, because the changes in the questionnaire reflect the changing brands in the market, it is more difficult to compare this year's figures with those of previous years, the study authors point out. This is the first year of the survey to be conducted electronically, rather than in the traditional way, so the results are tricky compared to other years.

The 2019 national adolescent tobacco survey of the United States includes 19000 students; conducted annually by the Centers for Disease Control and Prevention (CDC) and the U.S. Food and Drug Administration (FDA) to assess tobacco use across the United States and assess the effectiveness of prevention programs After last year's investigation, the FDA said it would take steps to prevent suppliers from selling sweet electronic cigarettes unless they shut out minors. But these restrictions do not apply to tobacco, peppermint and menthol flavors. At the time, Scott Gottlieb, then FDA director, said he was still worried about peppermint e-cigarettes, writing: "if the evidence shows that children's use of peppermint or menthol e-cigarettes has not decreased, I will revisit this aspect of current compliance policy."

The University of Southern California's taste e-cigarette study included 14000 8th, 10th and 12th grade students using Juul products. High school students take Mint as their preferred taste, while middle school students rank it after mango. According to the survey, one in ten junior high school students will use electronic cigarettes.

In September, President trump called on the FDA to ban all non-traditional tobacco flavors of e-cigarettes on the market. "It's not just a whole issue, it's especially about respect for children," he told reporters at the White House In early September, Michigan became the first state in the United States to ban taste electronic cigarettes.

The electronic cigarette industry in the United States is currently experiencing a difficult period. Juul, an industry giant, stopped advertising in September and its chief executive resigned. Last month, a former executive accused the company of selling contaminated e-cigarettes. As the FDA and CDC continue to investigate a series of mysterious lung injuries related to e-cigarettes (which have resulted in 37 deaths), the public is increasingly reviewing e-cigarettes.

Related news
Samsung The SERIF TV release: 11999 yuan for built-in "environmental screen" model
The linely group's best mobile processor of the year: God u Kirin 810 wins the title
The number of American teenagers using e-cigarettes will decrease in 2020
Hot news this week
Female graduate students leave school to give birth to the hot debate is hype? The husband has set up a webcast company
How much is 4G than 5G! Huawei Mate50 network speed detailed measurement 6799 yuan to buy explosion money?
It's hard to find a machine! Huawei Mate50's first sales: oxen can not buy the price of 10,000 yuan to grab the price
Huawei City's proportion is the first! Survey: Northerners love to use folding screens more than southerners
Our global car he is a special car for China! Saic Volkswagen and FAW-Volkswagen are fighting each other
Chongqing Xiaomi Consumer Finance Co LTD has been fined 500,000 yuan for misappropriating consumer loan funds
Are they really aliens? The US Navy confirms there are multiple UFO videos: but they cannot be made public
The second phase of the main structure of Xiaomi intelligent factory is completed to see the delivery at the end of next year
In order to change the iPhone 14: Women's net red sells old phones and comes with a large number of private photos
"Sheep a sheep" fire, is expected to attract hundreds of millions of financing? But it doesn't have a license...
The most popular news this week
China's first pure electric convertible! Wuling Hongguang MINI EV Convertible Edition Listing: 99,900 yuan
Samsung applying for a dual -screen camera patent to support face recognition
There's a tidal wave of lying down, and ceos of big American companies are worried, saying, "Never seen anything like this."
Tesla sales response "disguised price reduction of 8000 yuan" : for the end of the quarter impulse, temporary activities
Apple iPhone 14 standard version is not good for sales, Lixun precision may face the risk of ordering orders
Billions of euros in investment, Intel Italy chip factory will be located in the Veneto region, sources said
China Mobile to develop 5G Tidal Smart Antenna: Where the crowd
Huawei Smart Screen New Products Tomorrow: Sub -looking 75 and 86 sizes of the sub -brand
Apple conscience: AppleCare+User iPhone can repair unlimited times
From January to July this year, my country's industrial software product revenue reached 121.9 billion yuan, an increase of 8.7% year-on-year