On November 5, during the second China International Import Expo, the new denises G90 officially launched in China.The new car has been upgraded in appearance and interior.

From the appearance of the new G90, the new G90 uses a pentagonal large mesh intake grille with a large size.

The side of the car body adopts a large number of chrome plating decoration and large-size multi spoke wheel rim design, further creating a sense of luxury.The traversing tail lamp further broadens the transverse width of the body, and the slightly upwardly raised duckling tail adds a little movement to the bilateral exhaust layout.

In terms of interior decoration, the new denises G90 has little change compared with the current models. The air-conditioning outlet of the new car adopts a more slender new shape, and some buttons are changed to a more textured metal material.

It is worth pointing out,Previously, it was reported that the new gennisis G90 may be provided with an extended version, with the body length reaching 5945mm, which is nearly half a meter longer than the 5466mm of the Maybach S-class, and the wheelbase reaching an amazing 3450mm.

In terms of power, the new car may continue to use three engines in the current model, namely 3.8L V6 GDI, 3.3l V6 t-gdi and taau 5.0L V8 engine.The 3.3T engine uses a double turbocharging system with a maximum power output of 375 horsepower and a peak torque of 510 cattle. 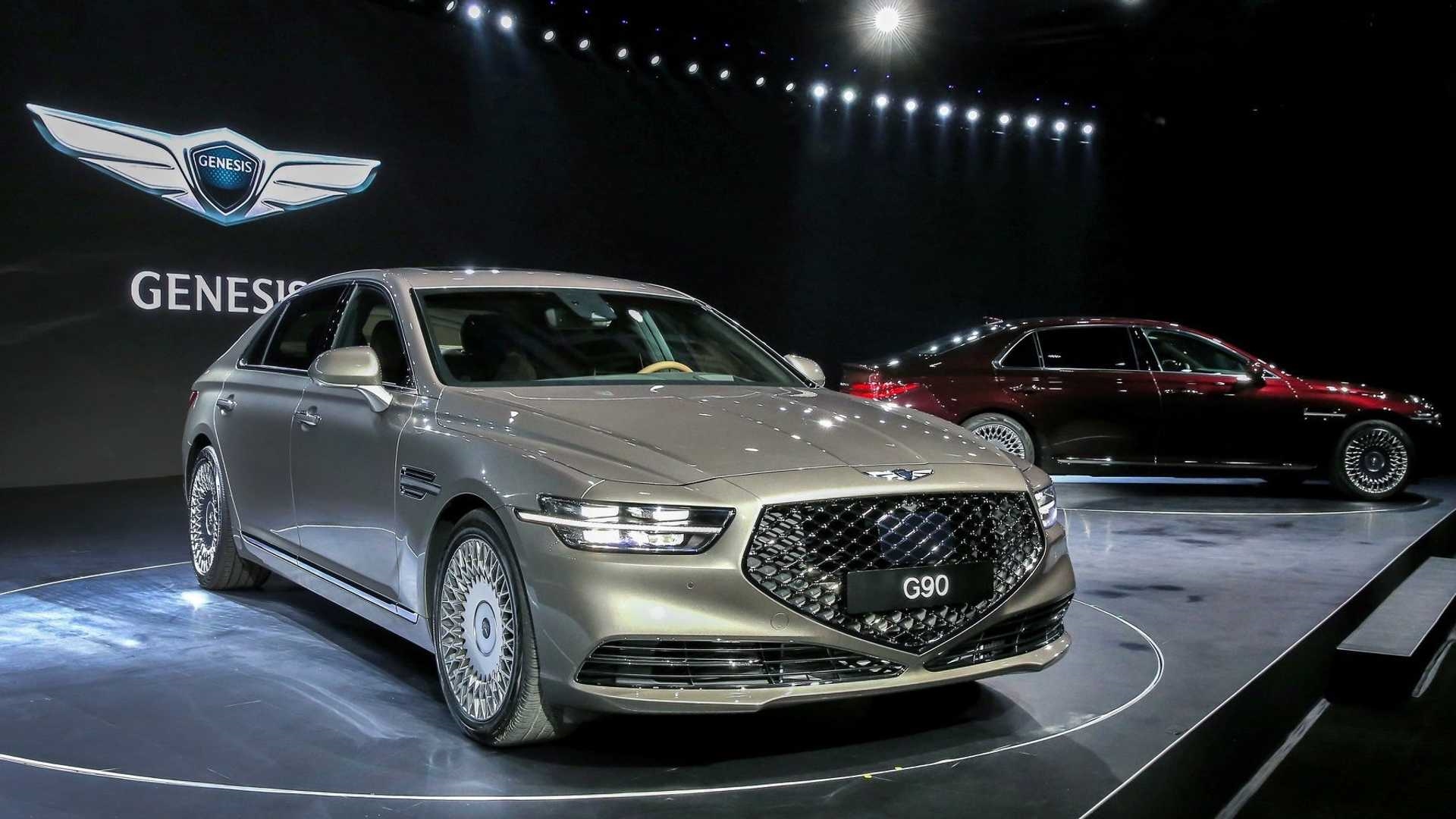