The latest research finds that the universe may not be boundless

When this mysterious number changes from 5.7 to 6, our conjecture about the shape of the universe changes

This overturns the mainstream view in recent years that the universe is an infinite flat three-dimensional space. This new conclusion involves a key figure that determines the shape of the universe: the critical density of the universe. 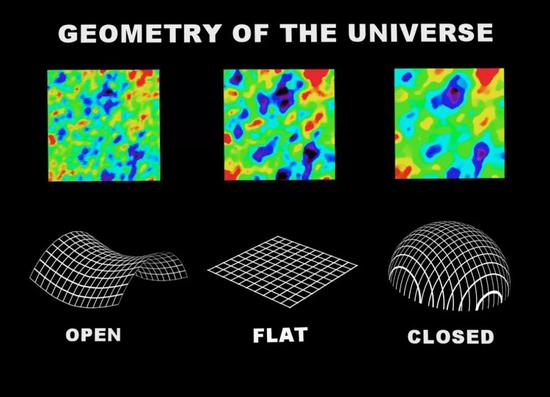 Now, Planck satellite provides a new basis for the solution of this problem. In a new paper published in Natural Astronomy, Eliona Valentino (Eleonora Di valentino), of the University of Manchester, Alessandro Melchio (Alessandro Melchiorri of the University of Sapinza, Italy, and Joseph Alessandro (Joseph Silk), of Oxford University calculate the curvature of space as positive based on the magnitude of the gravitational lens in the satellite's cosmic microwave background radiation power spectrum. In other words, space is a closed three-dimensional sphere.

Critical density is the key

So how do physicists judge the shape of space?

For space, there is a boundary that determines its shape, which is the critical density of the universe.

According to the calculation of Hubble constant, the critical density is equal to about 5.7 protons per cubic meter.

Valentino et al.'s recent paper analyzes data from Planck satellites that observe cosmic microwave background radiation. Planck's telescopes measured the extent of the "gravitational lens" of cosmic microwave background radiation over the past 13.8 billion years to measure the average density of the universe. Specifically, they study these cosmic microwave background radiation photons. The more matter these photons encounter as they fly to Earth, the less their direction clearly reflects their starting point in the early universe. In satellite observation data, such a phenomenon presents a vague effect. According to their analysis of the data, the average density of the universe may be 5% higher than previously estimated critical density. In other words, there are an average of six protons per cubic meter in the universe, instead of 5.7. 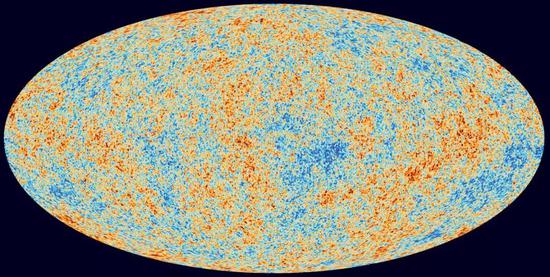 According to this study, space may be a closed three-dimensional sphere. Prior to this, physicists established a standard cosmological model called LAMDA-CDM based on WMAP satellite observations of cosmic microwave background radiation and the first batch of data from Planck satellite in 2013. In that model, the universe is flat. Therefore, we can say that the conclusions of the latest study are subversive.

In the latest paper, the researchers discuss the shape of the whole space, and they think that more than 99% of the probability of the whole universe is a closed three-dimensional sphere.

The Simmons observatory, which is currently being built in Chile, and the Ali cosmic microwave background radiation polarization detector in Tibet, China, will provide more accurate measurements. Perhaps over the next five years, we will be able to re-understand this space from the observation data of these devices.

Related news
Brushing and shaking hands on the 43-inch vertical TV experience? Samsung launches The Sero TV (picture)
Microsoft will block Windows 10 May 2019 updates for these devices
Windows 10 May 2019 can provide variable refresh rates for specified games (figure)
Microsoft promises to fix four major problems of Windows 10 May 2019 before the end of the month (Figure)
Windows 10May 2020 information summary: release time, new features, etc .(figure)
Windows 10 may 2020 ready to launch: inventory of major new features (Figure)
Hot news this week
Monkey acne cases have ranked first in the world that the United States has announced the emergency state of public health
Credit card points rule intensive adjustment online transaction points more "valuable"
High reserves and low cost experts: calcium ion batteries replace lithium batteries to stand up to the daily
Alibaba executives interpret financial results: the focus of the consumer side is no longer to attract new, but to do a good job in stratified operation
Losses in a single quarter of $ 23.4 billion a record, SoftBank did not carry the plunge of technology stocks and the devaluation of the yen
The prevention and control of the American Monkey epidemic has failed. What should I pay attention to?
Sources say Samsung's Galaxy Z Fold4 is going up in price: a 512GB top unit will cost more than 13,000
Is the micro -business headache? WeChat friends are suspected to have a big move: 7 can only be posted a week
Kuaishou launched a self-developed cloud intelligent video processing chip: The chip has been streamed successfully
The new product of Xiaomi MIX is coming: both internal and external dual -screen has been upgraded to make up for the previous generation.
The most popular news this week
Lenovo announced the rescue of the head show VR700: true 4K, support iQiyi network resources
20TB free! Ali Cloud disk full compensation 15 days super members
Than apple conscience! Moto's new flagship comes standard with 125W charger: half charge in 7 minutes
Wechat update 8.0.27 beta version: small program opening faster
Zte launches 5G smart helmet: Support voice control, gas detection and other functions
Meizu application Flyme Auto trademark: flyme is really going to get on the car
Do you get enough sleep every day? Girls get the worst of it: Put down your phone
Baidu account online rename function: those unbearable network names can finally be replaced
The outstanding student secretary went behind the scenes and Gree successfully registered the trademark of "Pearl Feather Child"
Ali's largest shareholder sells 34.5 billion US dollars: completely losing the board seat