You can generate the annual song list on Apple Music

As the most original music service in Apple devices, apple music has attracted tens of millions of users since its launch. But the lack of social elements also makes Apple music more blocked, which is inferior to similar music services such as spotify and Netease cloud in terms of communication and discussion.

The wrapped function launched by spotify at the end of each year is an example. By listing the data of users' listening songs in the past year, such as song types, favorite singers, songs with the most playing times, etc., the sharing behavior is stimulated, which not only meets users' needs for the annual total function, but also achieves the purpose of communication.

But Apple music has been missing similar features. Although there was an application development team trying to achieve this function through a third-party application last year, it was difficult to spread due to the defects of application fallback, incomplete summary categories, and lack of data analysis.

Apple, which appears to be "open" this year, has officially launched a "Replay" song on Apple Music, which will include one hundred songs that you have played for a year. 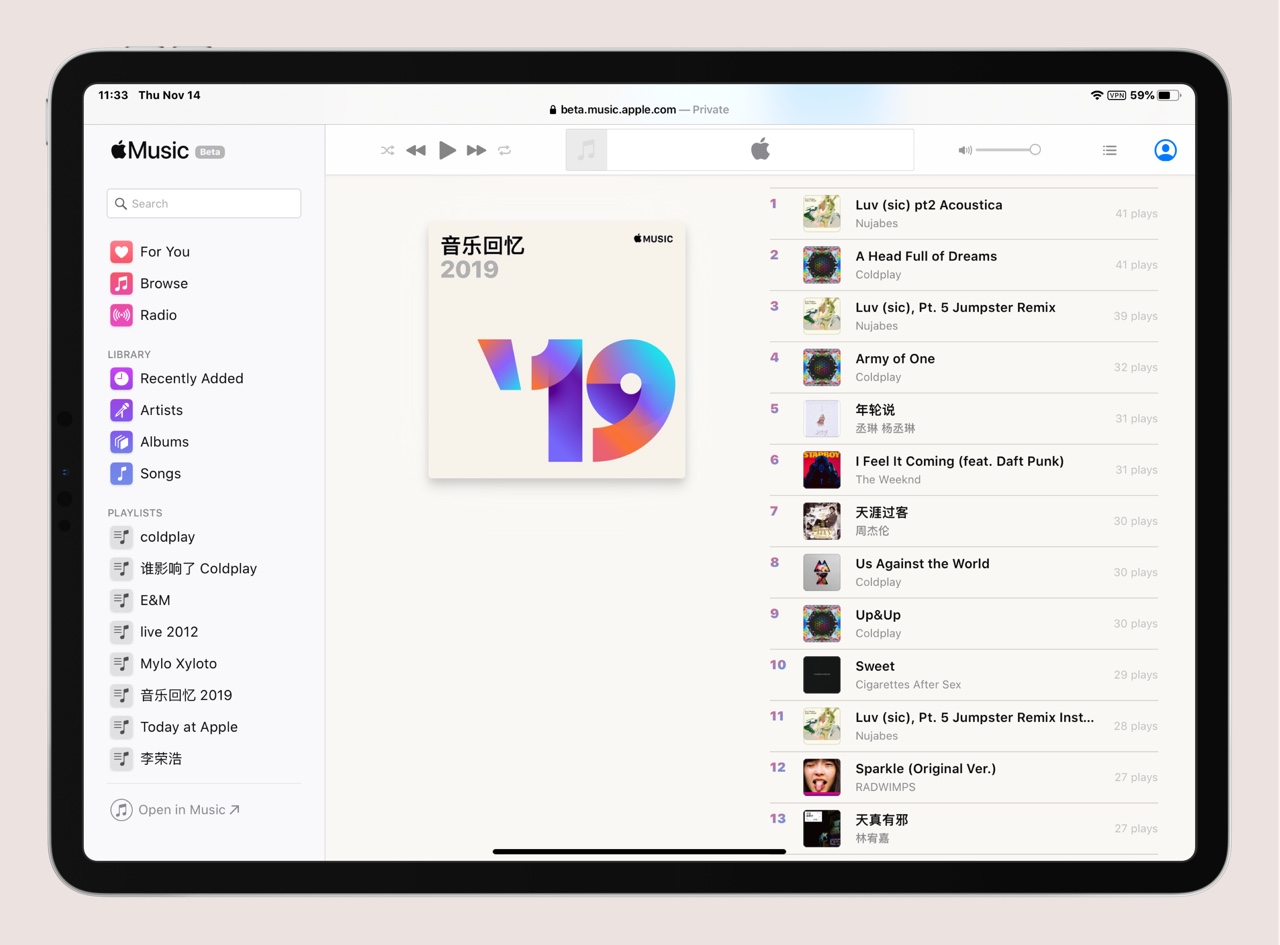 In the web version of Apple Music, the list also lists the most frequently played singers, albums, and similar songs in previous years. 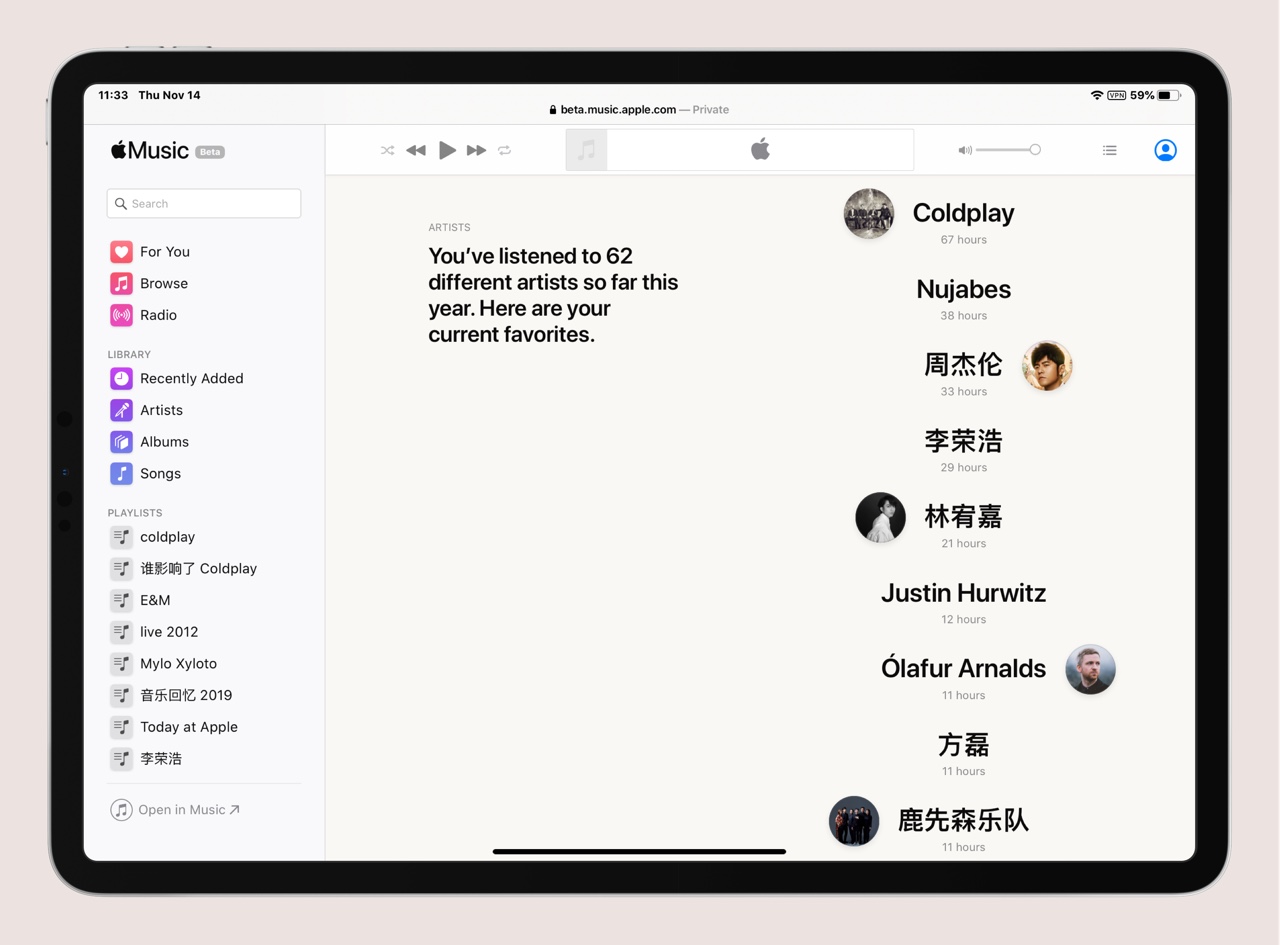 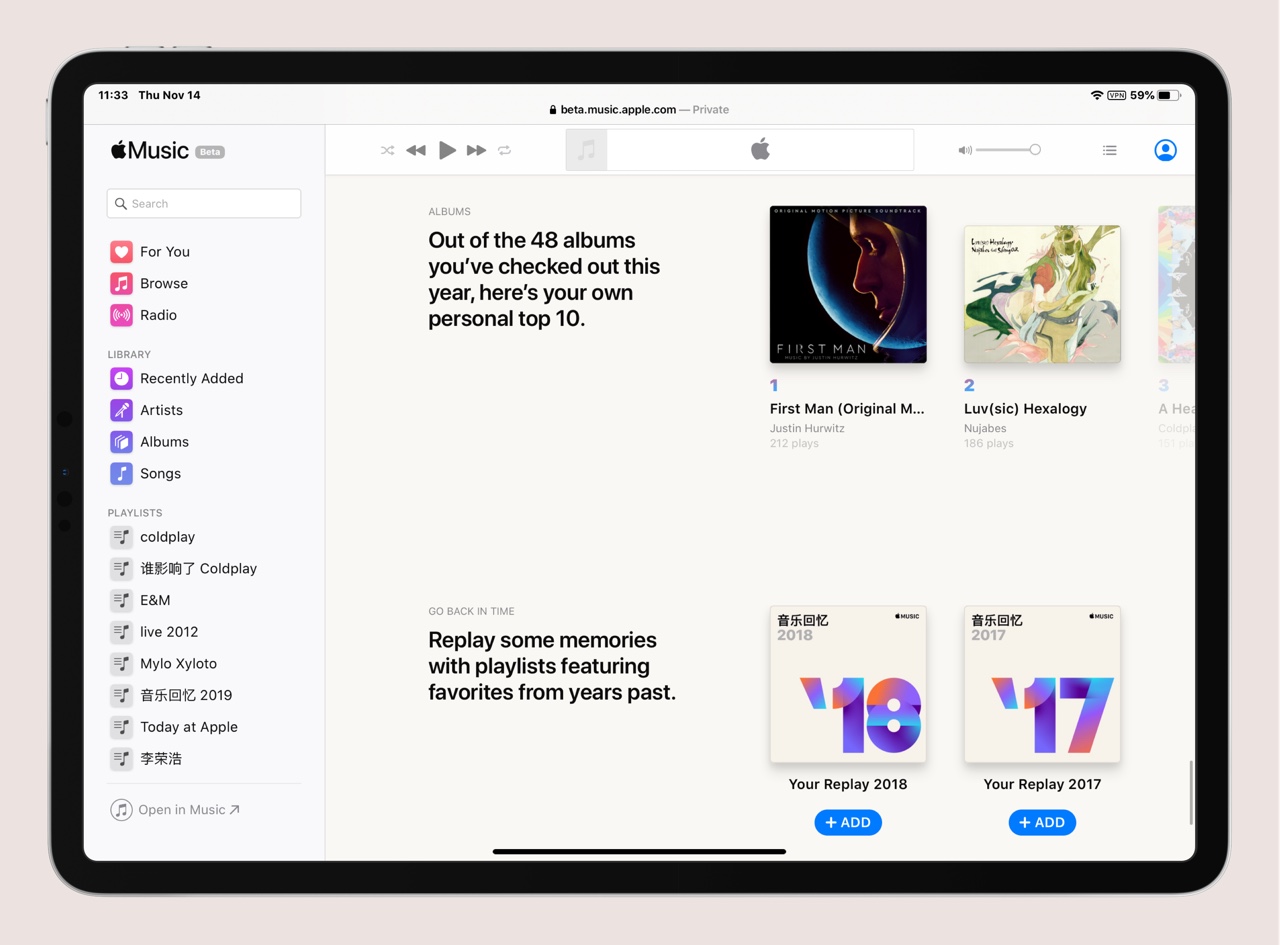 Similar to other apple music playlists, music memory playlists can also be shared with other Apple Music users or social media, and can be played offline.

But unlike spotify's wrapped feature, Apple Music's music memories playlist will be updated throughout the year, that is, until the last day of 2019, the songs in this year's playlist will still change according to your playing habits. When the first day of 2020 begins, the 2020 music memory song list will be a new "blank" chapter, and you need to start filling it up again by using apple music.

At present, it seems that Apple Music's "music memory" function has not landed in China, because once it is turned onActive page, the link will automatically jump to the domestic Apple Music official website (but you can log in through a special network connection, and the activity address is replay.music.apple.com). 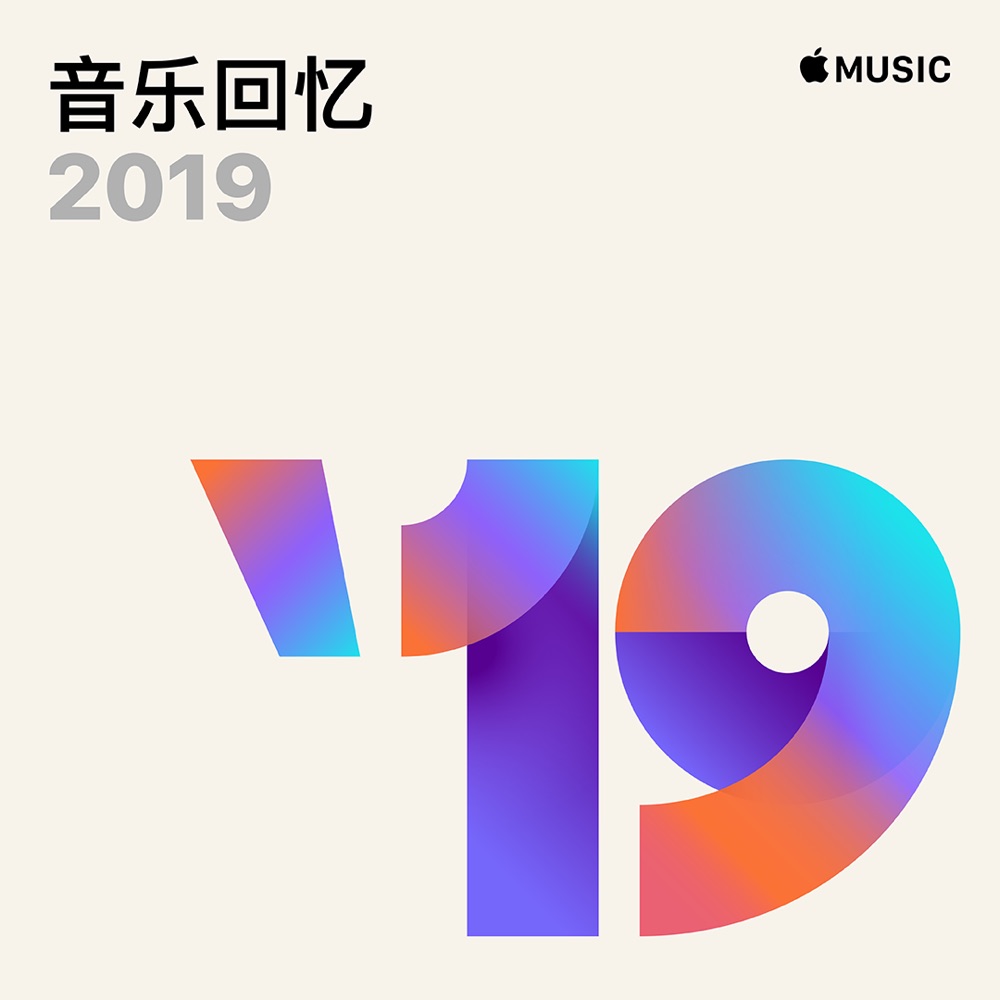 As one of the first batch of Apple services, apple music, which was first launched in 2015, has made some good achievements after four years of development.

In April, the Wall Street Journal reported that Apple music had 28 million subscribers in the United States, surpassing spotify premium's 26 million for the first time.

Related news
Apple Music "Recommendation for You" Upgraded to Full-Day Update
Apple Music's "rolling lyrics" are actually manually added
You can generate the annual song list on Apple Music
Why do I suggest you switch to Apple Music
Hot news this week
Young people can't change their mobile phones one brother pressure in the channel inventory up to 50 million
Chinese mysterious female rich 560 million buy European luxury homes: the full amount of cash is paid at a time
Criminal gang candid courier list takes the money 8 people to be arrested
Do you make feed after Yi Lord? Zhenghong Technology M & A has mystery
Internal personnel have caused players to contradict? Netease "Yin Yang Shi": Impossible!
The first pop -up shop in the United States opened, Bubble Mart opened the North American expansion plan
The goose factory is finally making a move on the metasverse?
Big news! The police report henan village banks can not withdraw cash case, has captured a number of suspects
With this charging treasure that can legal "stealing electricity", I don’t worry about the mobile phone out of power
Tesla has lost nearly $600 million after the richest Chinese lost 89% of his net worth in the bitcoin crash
The most popular news this week
Avita and Huawei reached a comprehensive cooperation agreement will create a series of smart car products
Samsung S22 Ultra is new, the limited series is coming, will you buy about 9300 yuan?
2022 Chongqing Auto Show: Jointly with Huawei, Avita 11 solid car officially launched | front -line car news
Huawei's mid-range phone Nova Y90 has been released overseas and will soon be available in China
The new MacBook Pro 13 -inch is now available at the Apple Store retail store
The largest professional wholesale market was granted an Internet payment license, and 449 million yuan became the actual controller of Fastlink
Huawei's Nova 10 Pro appears on Geekbench powered by Qualcomm Snapdragon 778G 4G
Apple updates the subscription management interface on the iPhone: the larger distance display is more detailed
Apple says its employees have reproductive health benefits but has been asked by lawmakers to investigate
The iOS 16 upgrade is no longer supported on the iPhone 6s