Sergio buniac, President of Motorola, said that Motorola has 30 years of experience in the field of flip phones. For Razr 2019, the design and R & D team had a complete rethink.

According to the official,The Motorola Razr hinge technology was jointly developed by Lenovo Yoga team and Motorola mobile R & D team, and 26 folding hinge schemes were screened before the final scheme was determined.

Unlike Huawei and Samsung's folding screen phones, Motorola's Razr does not useInstead, it inherits the design of traditional flip phones, making normal size smart phones smaller and easier to carry by folding.

From the official picture, the 6.2-inch foldable OLED flexible screen folds in half along the horizontal axis. After unfolding, it is a normal size smart phone. After folding, it is only half the size of a regular phone.

In terms of core specifications, Motorola Razr is equipped with a snapdragon 710 processor, 6GB memory, 128GB storage, and two cameras (one outside and one inside). The main camera is 16 million pixels, f / 1.7 aperture, supporting two pixel focusing and laser focusing, and equipped with dual LED flash. The self shot lens is 5 million pixels, f / 2.0 aperture. The battery capacity is 2510mah, supporting 15W charging, running Android 9.0 System, only supporting ESIM card.

The following is a live shot of Motorola Razr brought by Sina Technology: 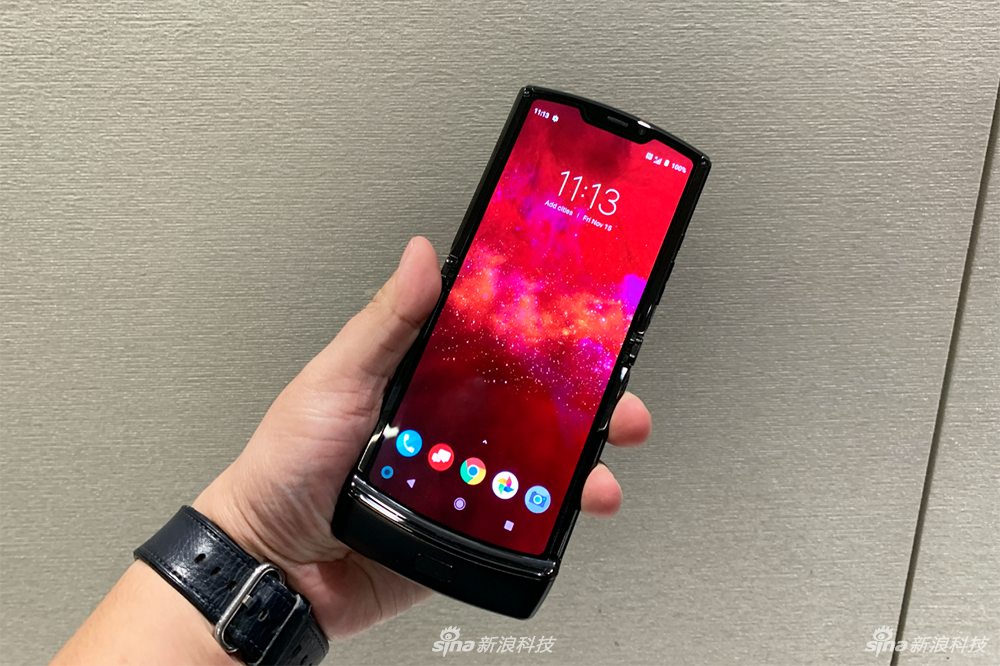