On the morning of November 18, Jinshan office software Co., Ltd. was officially listed on the Shanghai Stock Exchange's Kechuang board today, with an issue price of 45.86 yuan. After the opening, the share price rose 205.28% to 140 yuan. This also means that Lei Jun's 20-year wish has finally come to an end.

The day before Jinshan office officially landed on the science and technology innovation board, Lei Jun, founder of Xiaomi and chairman of Jinshan software, issued a letter to all employees inside. He recalled in his letter:

From the founding of Jinshan in 1988 to today, WPS has gone through 31 years. We have been waiting for 20 years since 1999 when Jinshan office was preparing to go public. The journey of WPS and Jinshan is an inspirational story of persisting in dreams and ultimately winning. Why can we persist? Because WPS is a hero's dream. 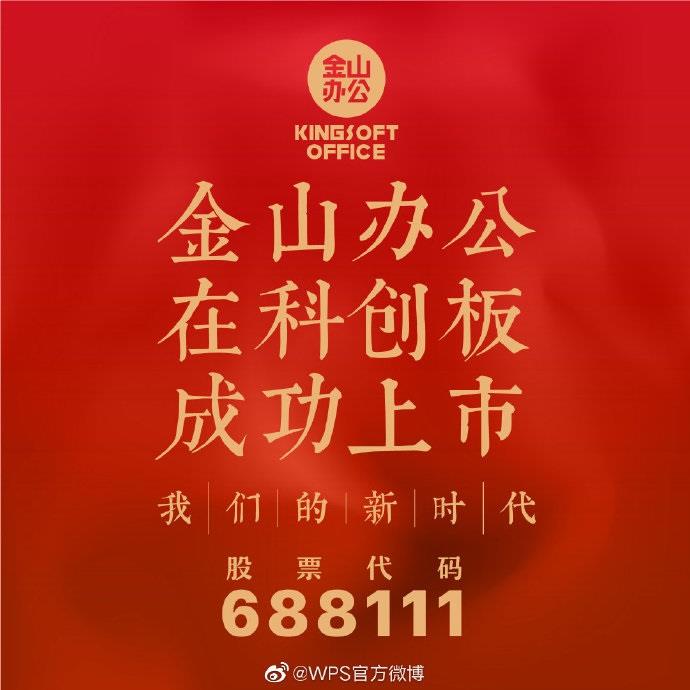 In fact, considering the ups and downs from the birth of WPS to the listing of Jinshan Office in the past 20 years, Lei Jun called it

First of all, we should start with Qiu Bojun, the creator of WPS.

In 1988, there was no office software in the country, and almost everyone used Microsoft Office at office. However, at that time, the 24-year-old Qiu Bojun made a decision

In order to achieve his goal, from May 1988 to September 1989, Qiu Bojun locked himself in the hotel room. As long as he was awake, he kept writing code. During this period, Qiu Bojun was ill three times. Every time he was ill, he needed to be hospitalized. He moved his computer to the ward to continue writing. Finally, he wrote more than 122000 lines of code by himself, and wps1.0 was born, which filled in the blank of Chinese character processing software.

Gradually, WPS began to bring profits to the company, but for Qiu Bojun, there was no consideration for remuneration. He said:

No way, however, will rain or shine. In 1993, in order to meet the challenges from Microsoft Word, Qiu Bojun led the team to develop a similar Office

In order to ensure the compatibility of Microsoft office and Kingsoft WPS, the two companies signed an agreement; that is, the agreement, which made word successfully transition most WPS users into their own users.

In 1996, the development of WPS reached the lowest point in history, and the staff of the team also lost confidence. In the worst situation, only four programmers of WPS97 insisted on development. Qiu Bojun even sold his car and house for this. 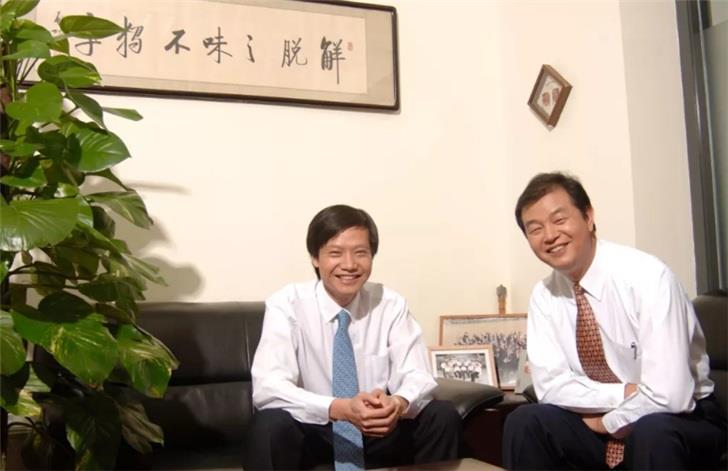 Later, Lenovo's investment brought a turnaround to Jinshan software. WPS2000 released in 1999 began to integrate multiple functions such as text office, spreadsheet, multimedia demonstration production and image processing, and stepped out of the positioning of single word processing software.

But by then, the number of Microsoft office users had grown.

Lei Jun recalled that in 2000, the development of WPS encountered a huge bottleneck. Under the pressure of Microsoft and piracy, WPS was in a very difficult position. Moreover, the whole WPS architecture needed to be overturned and rewritten, which was a huge investment for Jinshan at that time. Today's WPS is based on the architecture built in 2000 as the core iteration.

Lei Jun said that many people have advised him to give up WPS many times. It would not be easy if he didn't insist on giving up for his dream.

All right, the WPS has successfully grasped the Inspur of the mobile Internet and the office of Kingsoft.

Although Jinshan office has been waiting for 20 years to go public, which seems to be a detour, in a sense, every step has not been wasted.

Related news
LG Chem sues competitor SK Innovation: stealing trade secrets
Science "persuasive retreat": reading Bo pressure mountain, it is time to drop out of school
Chinese scientists protest against the scientific research environment in the United States. "Poisonous," Nature and Science speak out!
AI has captured many people and has re-entered Science, training costs $150, and wins 1,000 knives per hour.
Gu Geyun's purchase price of cornerstone technology is unknown
Google cloud has acquired cornerstone technology and the price has not been disclosed
ASUS Launches Second Generation Tinker board single board computer
Ford F-150 EV battery supplier SK innovation faces a 10-year ban in the United States
Get started! Chinese scholars' achievements appear on the cover of science
Hot news this week
Kuaishou launched a self-developed cloud intelligent video processing chip: The chip has been streamed successfully
Ministry of Public Security: Single telecommunications network fraud continues to cause 40 % of all electrical fraud cases
Special price "kill ripe"? Bike-sharing platforms have different prices for the same package for different users
A tech company in Shanghai has been fined 220,000 yuan for swiping orders to improve its ranking on Yelp
Alibaba: Shareholders SoftBank will settle in advance for advanced payment in advance involving a maximum of about 242 million ADR
Text message color, picture quality compression! Google calls out Apple for improving cross-device messaging
It is also the collapse of the mine card: NVIDIA graphics card plummeted, AMD graphics card increases against the trend
Gaming phones also have optical shake protection: a 50-megapixel large-background master camera on the Rescuer Y70
Biden signed a chip and scientific bill, a video call of WeChat iOS internal test suspension window, the advanced CPU caused Win11 to be difficult to use, Huawei new machines enter...
Musk's eyes! Lei Jun released a full -size humanoid robot Xiaomi self -developed strength explosion table
The most popular news this week
Apple's M2 processor is coming down: The iPad Pro 2022 is scheduled to ship in October
Are the suitcases hot? Meteorologist alert, the climate crisis is here!
Has been taken 4 pins, the new crown vaccine, the American Pfizer CEO is positive: taking special effects medicine
A fire broke out in Nintendo Japan headquarters, and the news said that it was caused by the charging electronic device
YouTube has been revealed as early as this fall to launch an online store to support streaming platform subscriptions
Video game company Unity rejected AppLovin's $17.5 billion takeover offer
Huawei Mate 50 series first emergency mode: can make phone calls and scan when the battery is exhausted
iPad 10 will be absent from iPhone 14 conference: October appeared on Apple's last non -comprehensive tablet tablet!
Graduates have a chance to get a million dollars? Sequoia China has set up YUE, a start-up accelerator
Samsung adjustment strategic layout will gradually eliminate DDR3 memory chips