Amd officially lifted the ban on the third generation of sharp dragon thread Ripper processor tonight. The first two models are 3960x for 24 core 48 threads and 3970x for 32 core 64 threads (detailed evaluation here). 16 core 32 threads are no longer available. After all, the mainstream sharp dragon 9 3950x has achieved this.

In fact, before that, amd has confirmed that there is another top model 3990x for the third generation Ripper, but the specific specifications have not been released until todaySharp-dragon thread tear-off 3990X, the world's first desktop-level 64-core 128-thread processor! 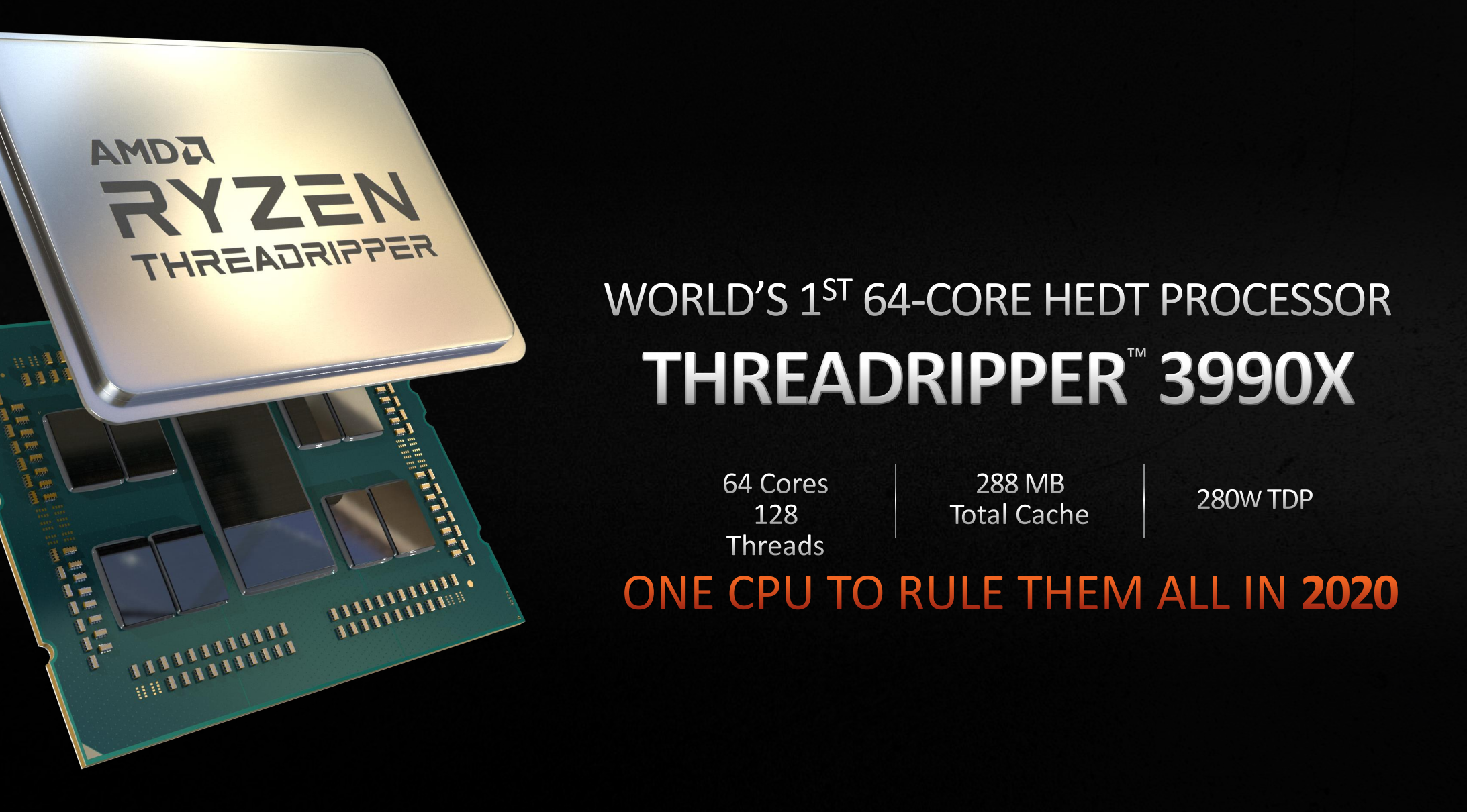 We know that in the data center, the second generation of Xiaolong processor with the same 7Nm technology and Zen 2 architecture has a maximum of 64 core 128 threads, so the Ripper and Xiaolong reach the same height again.

Thread Ripper 3990x will go on sale next year. Currently, the published specifications are very limitedThe second level cache is 32MB (512KB per core), the third level cache is 256MB, with a total of 288mb, and the thermal design power consumption is maintained at 280WIt depends on how high the frequency can be. I believe that the reference frequency will be slightly lower and the acceleration frequency is expected to be about 4.5ghz.

The slogan AMD chanted for it was also unique.One CPU to Rule them all 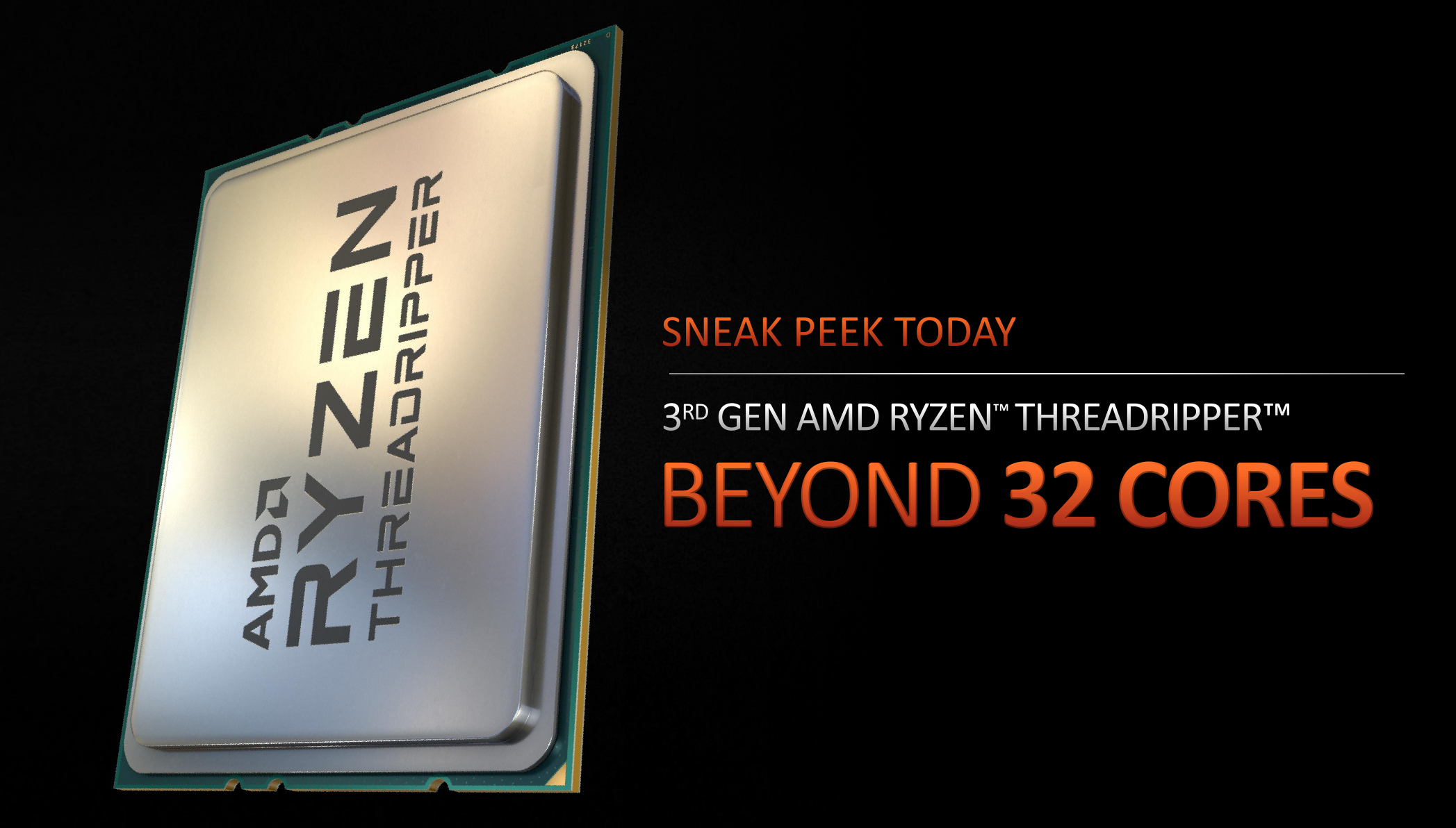 In addition, you should note that there is still one less numbering system like this.3980XIf amd wants to, it can take out another 48 core 96 thread at any timeBut since there is no threat in the field of fever at present, 3990x is more just to establish an image, and 3980x is even less anxious.

Comparison of fever platforms in 2019 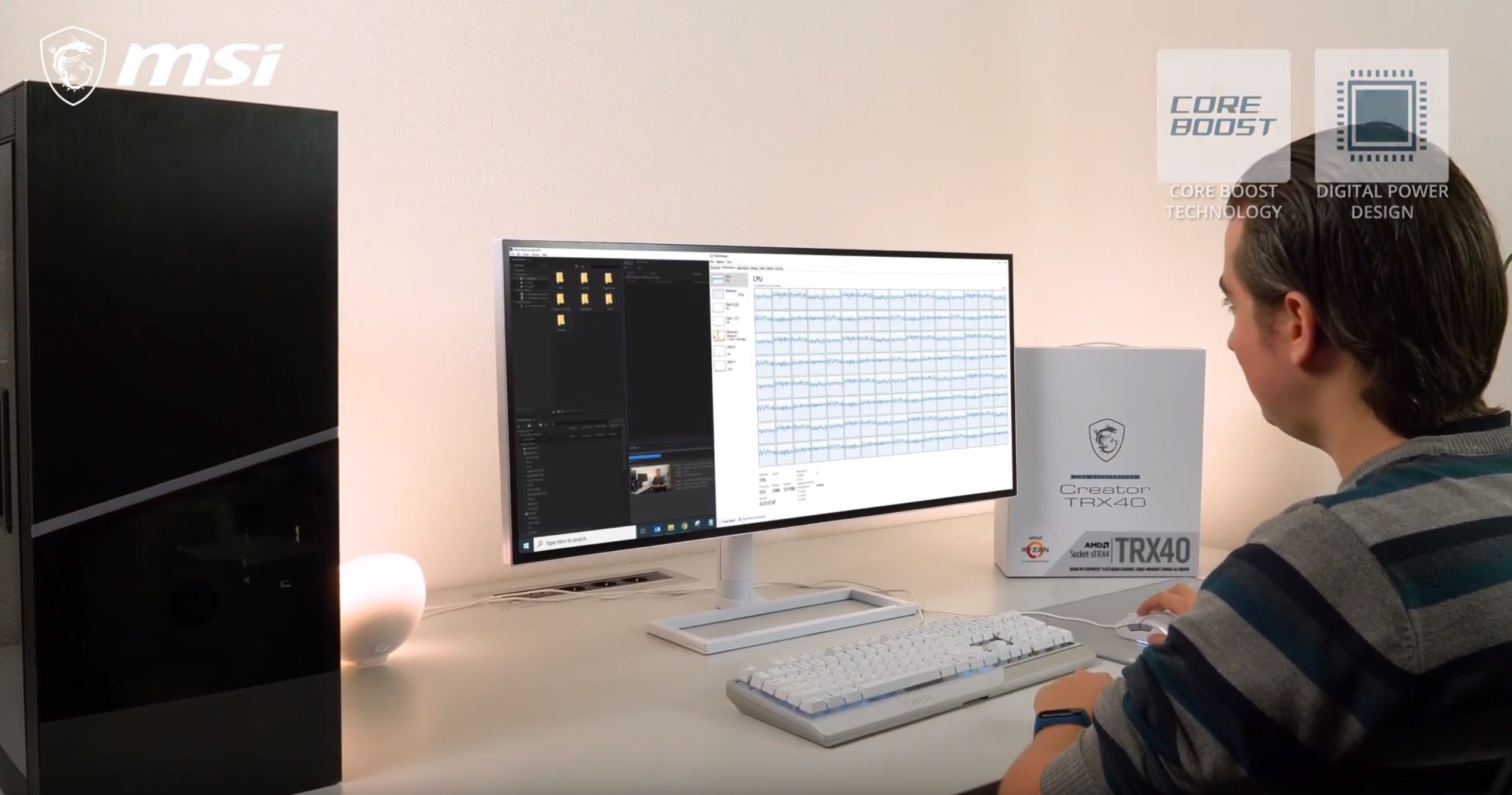