QQ in wechat? Is this a doll?

Today, while Xiaofa was touching the fish at work, he suddenly saw his cousin next door send a Mini Programs on WeChat. Mini Programs's name clearly wrote four big words. 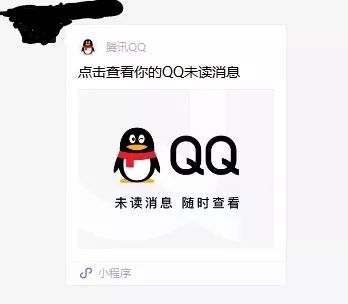 The online application needs official wechat review, and this link will certainly not be a fake link of a third party.

After entering this Mini Programs, it will pop up an authorization page that requires us to enter our own QQ number and password.

After login, the applet will refresh and display the latest QQ session list.

In order to confirm what he sent, I opened QQ specially and took a look. It turned out to be an expression...

Strangely, the emoticons and pictures in the chat records can be seen... 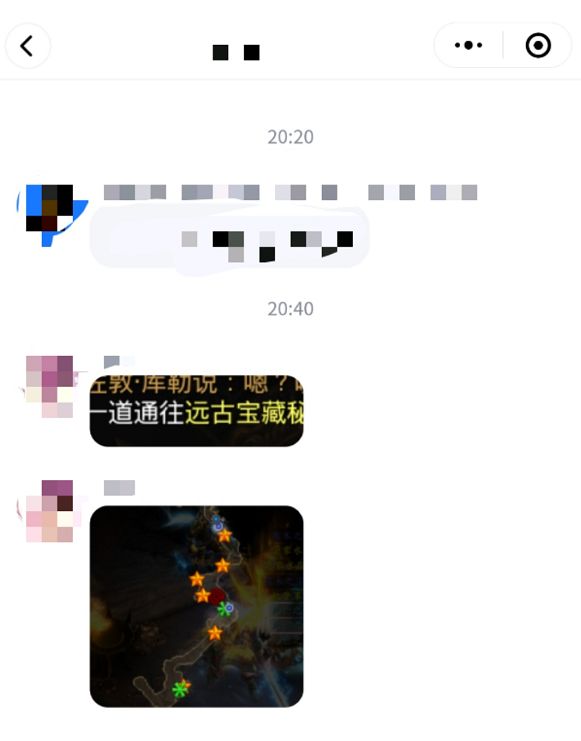 That's right. That's all the functions of Tencent QQ applet...

With this applet, the user can view the QQ message without opening the QQ. 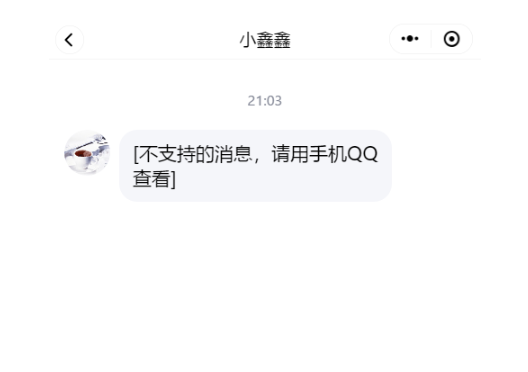 But if you want to reply to the message, you still need to turn on QQ. This jump process is very troublesome. You need to not only open the customer service session first, but also input the text to get the jump link. After entering the connection, press confirm again to turn on QQ.

I might as well turn on QQ directly to reply at this time...

What's more embarrassing is that if you use the computer to open the app, you can't even open the customer service session, and you can't open the tim.

To put it bluntly, this QQ Mini Programs is a BB machine, which will only show you the message sent by others. If you really want to communicate, you still have to find a message.

Think about it is also very normal, after all, if the applet can directly reply to the message, then why QQ? Isn't it just a job grab?

Wechat and QQ are basically one kind of products. Seeing such a small program appear in wechat, I thought I saw Russian Dolls...

One thing is interesting, that is, every time a message that is related to QQ or WeChat, it will always appear.

QQ is better to use debaters: 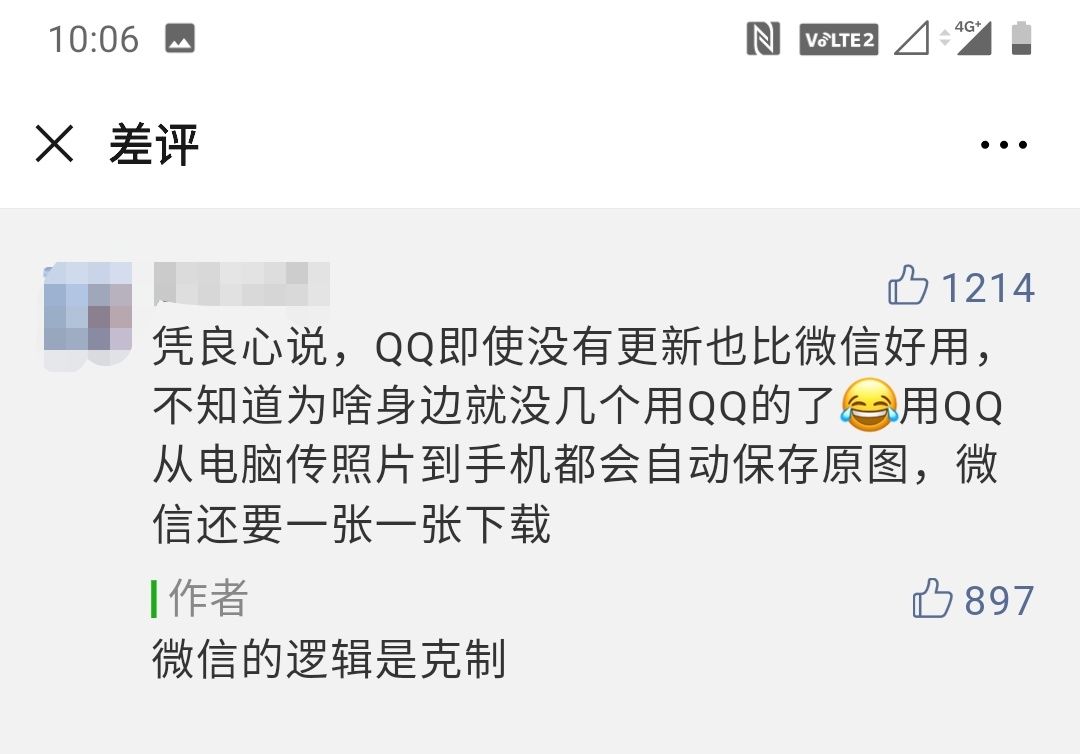 Wechat is better for debating friends:

The former says that QQ has complete functions and can transmit large documents and large dynamic maps, while the latter says that wechat has a simple interface and high office efficiency. No one can persuade anyone anyway.

As we all know, Tencent QQ and wechat are created by different teams, but QQ is older and has been basically popularized in China's Internet before wechat.

Wechat's user accumulation at the beginning also relies on Tencent's own QQ user group. The reason for choosing wechat is nothing more than the growing demand for social software on the mobile end and a simpler interface.

For users, as long as a product can meet their own needs, it is a good product, so everyone will have their own choices.

Even QQ of the small program version mentioned above is only one of the N multiple versions in the development history of QQ.

In those days, the ads on QQ dialog box made many users feel bored, but after all, it's the business of people eating, and we can't easily withdraw the ads of the father of the golden master.

In order to shield these things, a third-party-made version of QQ is the best choice, for example, the famous bug QQ. 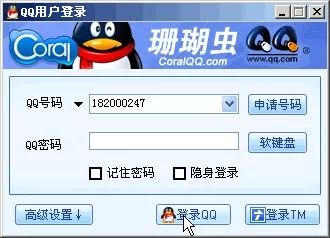 In addition to advertising, these third-party plug-ins also have the functions of identifying IP, boss key, user-defined skin and even camouflage QQ level, all of which hit the user's pain point.

But no matter how good they are, they are not.

In the end, users can only choose more and more official QQ with more and more complicated functions. Even if I have been using QQ, I have used two or three functions in these two places... 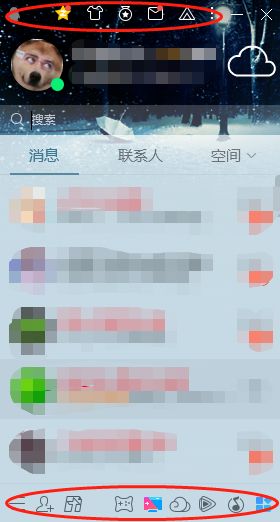 So is mobile QQ. With all kinds of updates, the whole interface is full of all kinds of strange notices, reminders, and lucrative advertisements of friends with stolen numbers. That's probably why many people don't like QQ. 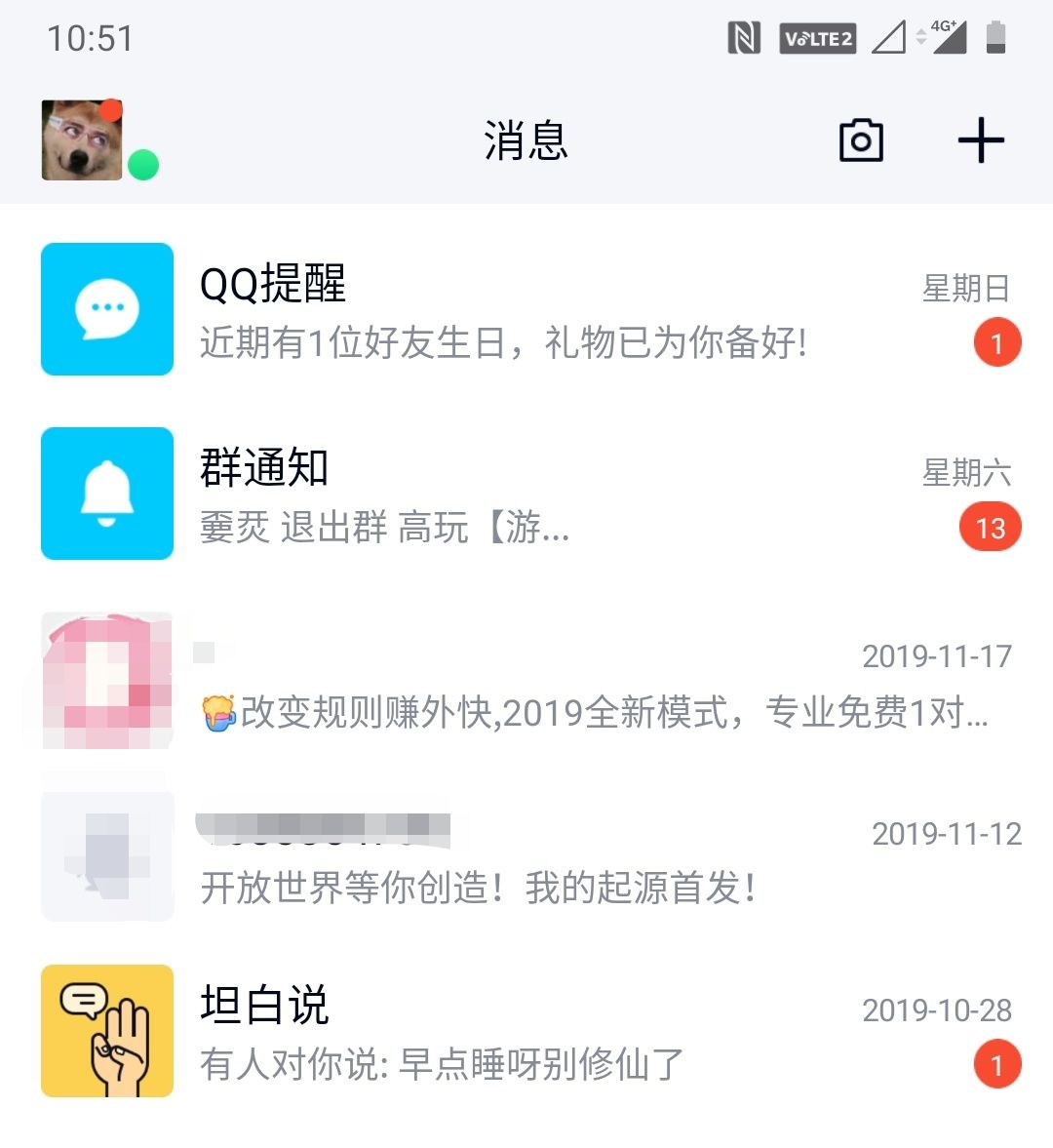 At the same time, Tencent has finally noticed the needs of users, so there will be Tim and webqq for office use, which are different versions of QQ. 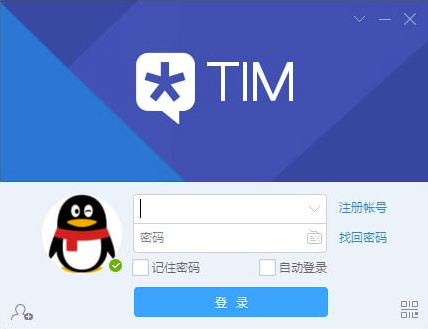 Wechat also emerged after this, which made many users who pursue more concise and efficient social software transfer to wechat, and gradually formed another social circle.

This time the QQ applet is not as easy as it is, for one.

Just because some people do use QQ and wechat at the same time, they may not be able to pay attention to QQ at any time because of work reasons. In order to facilitate them, QQ applets will appear.

Think about it. Is this the best friend on WeChat in that year, and it's not just from QQ first? It's just after the increase of WeChat users, it's time to start expanding more of the doku

Especially for the post-80s and post-90s users, all their family and friends from small to large are on QQ, but not necessarily on wechat.

Both QQ and WeChat are both

Anyway, how can users transfer? In the end, they are all in Tencent's social circle. The left pocket goes out of the right pocket and promotes the vitality of their own team. Why not?

What's more, the two social circles of wechat and QQ are basically separated. The relationship is not so hot and cold, and wechat is more like the inheritance of a social relationship.

To put it bluntly, social tools are just a medium to connect feelings and relationships. As long as you can connect with the people you want to contact, it doesn't matter what you use.

Related news
QQ applet has been online on Android QQ
QQ in wechat? Is this a doll?
From now on, wechat can transfer QQ directly!
Developers say: after Baba is you became popular, how to play new games calmly?
QQ monthly live users fall to half of wechat, why do people not use QQ
;Is there any way to get into illuminati in.UGANDA+276702361
Hot news this week
"Sheep a sheep" fire, is expected to attract hundreds of millions of financing? But it doesn't have a license...
The first "zero carbon factory" in the ICT industry, Lenovo (Tianjin) Smart Innovation Service Industrial Park is officially put into production
Baidu Ping Xiaoli: The repurchase rate of users on Baidu App reached 60%, and the daily inquiries exceeded 4 million
Billions of euros in investment, Intel Italy chip factory will be located in the Veneto region, sources said
"Sheep a sheep" the whole network burst fire! The founder was the Alma mater system of exhibition card publicity
Huawei Mate50 is on sale: Kunlun glass version is difficult to find, the maximum price increase of the Porsche series
Tencent Music back to Hong Kong behind: online music "internal volume" intensification, short video will become a new growth rate
Intel failed to deliver on its promise: Summer is over and there's still no high-end, flashy desktop graphics cards
Xiaomi Civi 2 Stable Snapdragon 7:23 87mm2 Large-area VC liquid cooling, heat dissipation increased by 200%
"Look at the weather why do I need to renew membership"? Inkblot Weather membership service is a hot topic
The most popular news this week
Huawei Smart Screen portable version released: 10.4-inch 2K screen, 10995mAh battery
The world's first 6GHz frequency Intel high-profile announcement: the lead is indisputable
Do you have the opportunity to take noise -canceling ear to damage the hearing? Experts from the Three Hospital said that
Jump ticket 2 years "pigeon king"! Avx-512 is publicly supported for the first time in the Intel 60 core
I can't afford to live without Musk's help
Mobile phone fast charge new volume king Xiaomi three new machine into the network: the highest 210W?
Secretary -General of the Federation of Federation: Foreign artificial artificial Chinese online red cars have great advantages in China
Do you want to travel to space? Aerospace expert: China already has technical conditions
The strong response to the iPhone 14 Pro Max could widen the gap between the iP15 Pro series
Intel's Arc A7 flagship graphics card debuts in private: Just these two