Jingdong "Shanzhai" a pinduoduo in wechat

via:CnBeta     time:2019/11/27 14:17:19     readed:202
From shopping to Jingxi, Jingdong "pixel level" imitates a pinduoduo. Whether it can successfully snatch the "cake" from pinduoduo's hands is perhaps not so important to Jingdong. At present, Jingxi is the marketing tool of Jingdong and the new tool of Jingdong, but it will not be the main revenue or profit growth business of Jingdong.

In fact, it is more like the wechat ecological e-commerce born under Tencent's will: in the case that pinduoduo wants to get rid of its "dependence" on wechat, Tencent needs to "code" another similar e-commerce business, and JD also needs a sinking market business at this time. The time is "just right".

The greater significance behind Jingxi may be that Tencent seems to be showing its ambition to compete with Alibaba in the field of e-commerce. With the rise of social e-commerce, who can decide the shopping habits of users: Taobao or wechat?

From shopping to Jingxi, Jingdong "pixel level" imitates a pinduoduo

If you don't look at the details, Jingxi's page is almost the same as pinduoduo's. 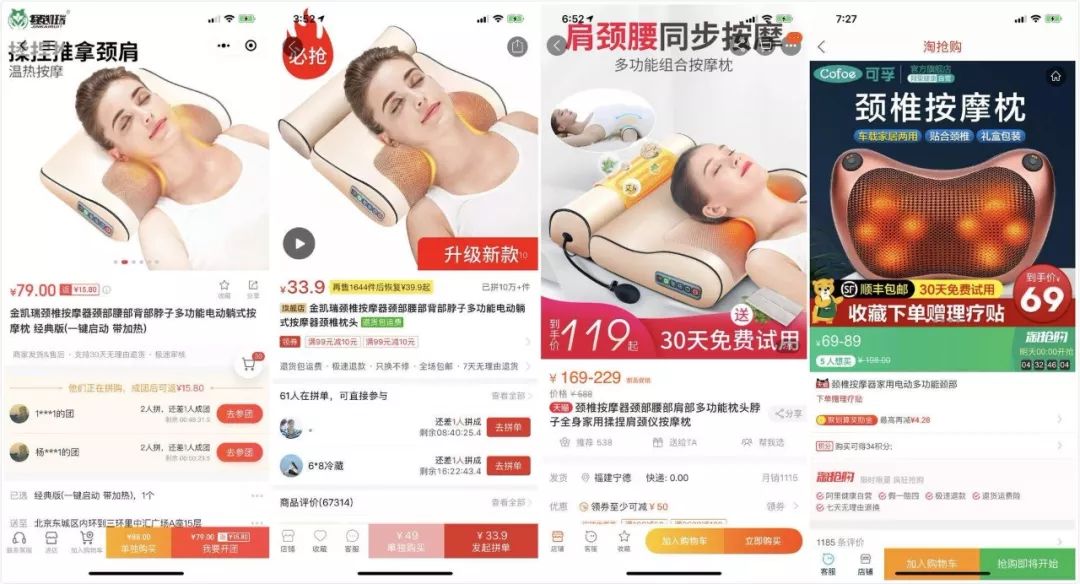 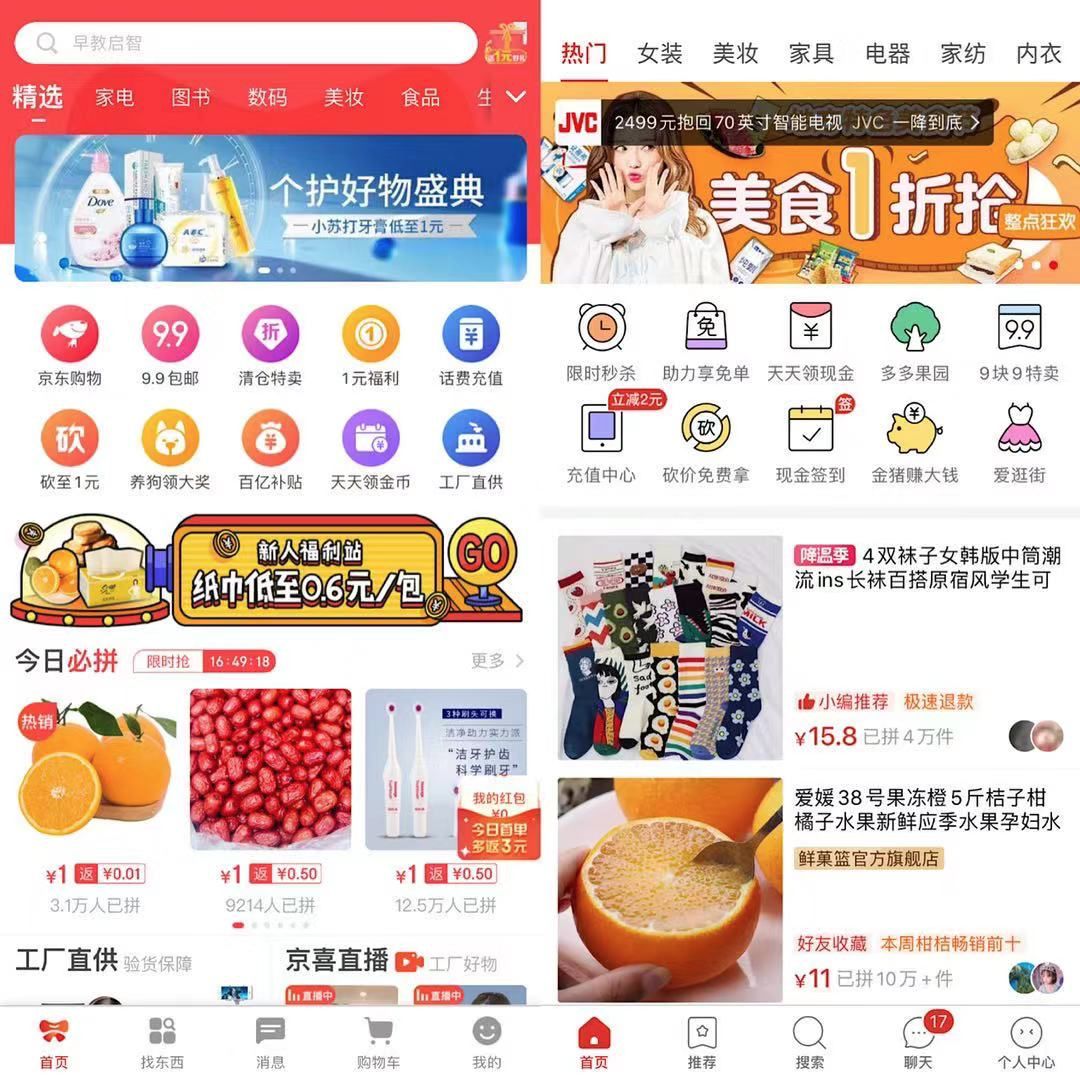 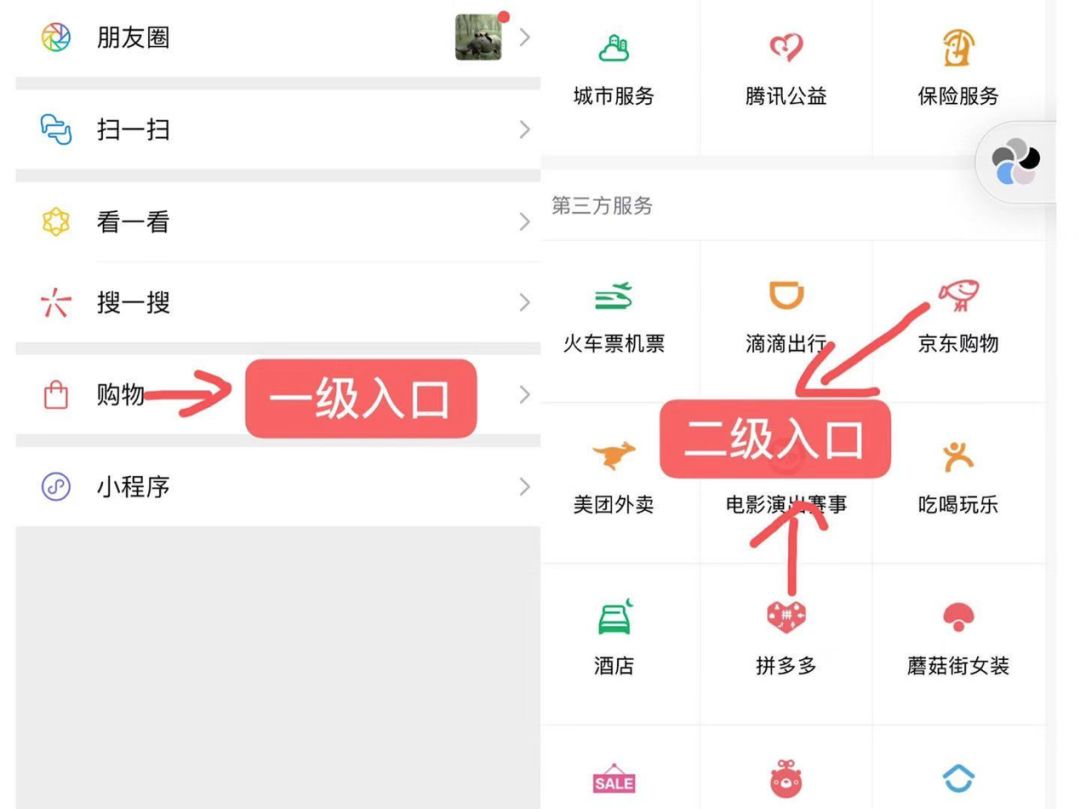 Giving priority to resources for profit is exactly the strategy of Jingdong to sink into low-level cities. And Jingxi also brings certain results to Jingdong. According to the data disclosed by Jingdong, nearly 40% of the new users of Jingdong main station from October 18 to November 10 came from "Jingxi", and 70% of Jingxi's users came from the sinking emerging market of line 3-6.

In the information released in May this year, Alibaba also wrote that "in fy2019 (April to march of next year), 77% of the more than 100 million annual active consumers added by Taobao tmall came from the third and fourth tier cities and rural areas." In order to compete for this market, Alibaba not only revived the business of jujiasuan to expand its business, but also was reported in June this year that it would set up a separate business group of jujiasuan. However, the news was not confirmed by Alibaba.

For Jingdong, the sinking market is a "track". When pinduoduo went public and became a "black horse", its use of social e-commerce to pry the sinking market was widely concerned, Jingdong users fell for the first time. As of September 30, 2018, Jingdong's annual active users were 305.2 million, down 8.6 million. Subsequently, in the capital market, pinduoduo's market value approached JD many times, and surpassed JD twice on January 25 and October 25 this year.

In the 2018 annual report, Jingdong first mentioned the sinking market, and also referred to the business that was also called "shopping", which was put in the column of "marketing". "Through shopping promotions, customized social platform interactions and other activities, we can help brands on the platform increase their exposure, attract traffic and achieve penetration into low-end cities." Jingdong's 2018 annual report wrote.

JD's shopping business actually started in 2014, but it didn't start until 2018. According to the "all-weather technology" report, at the end of 2018, Jingdong Mall announced the organizational structure adjustment and established "shopping Department" and "platform operation Department". On June 15 this year, jd.com officially launched the jd.com app. In September, jd.com changed its name to Jingxi, striving to build social e-commerce on wechat and other platforms.

The sinking market has indeed brought new users to Jingdong. In the third quarter of this year's financial report, Jingdong explicitly mentioned for the first time that 70% of new users in the quarter came from the sinking market.

70% seems to be the number that most e-commerce platforms have specially "selected". In September, Jiang Fan, President of Taobao tmall, reiterated that more than 70% of the new users of Taobao in the past two years came from the sinking market.

Although "pixel level" to imitate the pinduoduo, but Jingxi is not Jingdong's home. Xu Lei, CEO of Jingdong retail, said that in addition to Jingxi, Jingdong retail has made a lot of formats in the sinking market, such as Jingdong home appliance store, Jingdong computer digital store, etc. People close to Jingdong also told Chinanet, "Jingxi, for the whole business or positioning of Jingdong, is just a supplement." 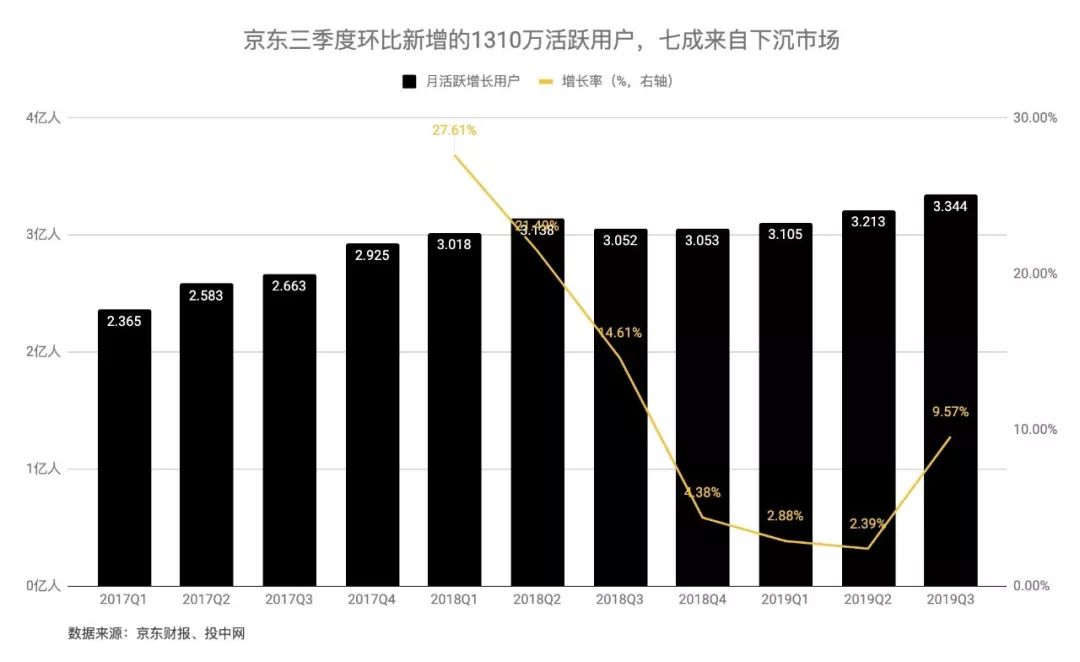 CIC understands that in order to distinguish itself from Jingdong Mall, the business team and suppliers of Jingxi are completely independent at present. Moreover, "Jingdong seckill" and "daily special price" in Jingdong Mall are not Jingxi's business. At the same time, there is no entrance to Jingxi on Jingdong app. However, in Jingxi, it covers the business of Jingdong Mall.

Those close to Jingdong said that Jingxi is more of a marketing tool for Jingdong. He said that Jingxi may become a channel for many manufacturers to clean up their inventory. "There are many suppliers competing for shangjingxi." The enthusiasm of suppliers stems from the low commission rate charged by Jingxi. According to the 36 krypton report, since this year, the discount point of JD's shopping for merchants has been continuously reduced from 1% to 0.6%, and free platform use fees are open to all categories of merchants. In Jingdong Mall, the commission rate of ordinary pop businesses in electrical appliances category is 5% - 8%. (Note: pop businesses refer to those using JD logistics system, including JD self-employed and third-party businesses.)

Jingxi's "sinking market" may be a new growth engine for users, but it may not bring greater revenue and profits to Jingdong. In the data released on this year's double 11, Jingdong emphasized Jingxi's "pull new function", but didn't mention its transaction scale.

Liu qiangdong, founder and CEO of Jingdong, made it clear in the third quarter of the financial statements after the double 11 that "in the next five years, technical service revenue will continue to exceed the overall revenue, and will become an important driving force for Jingdong's revenue and profit growth." 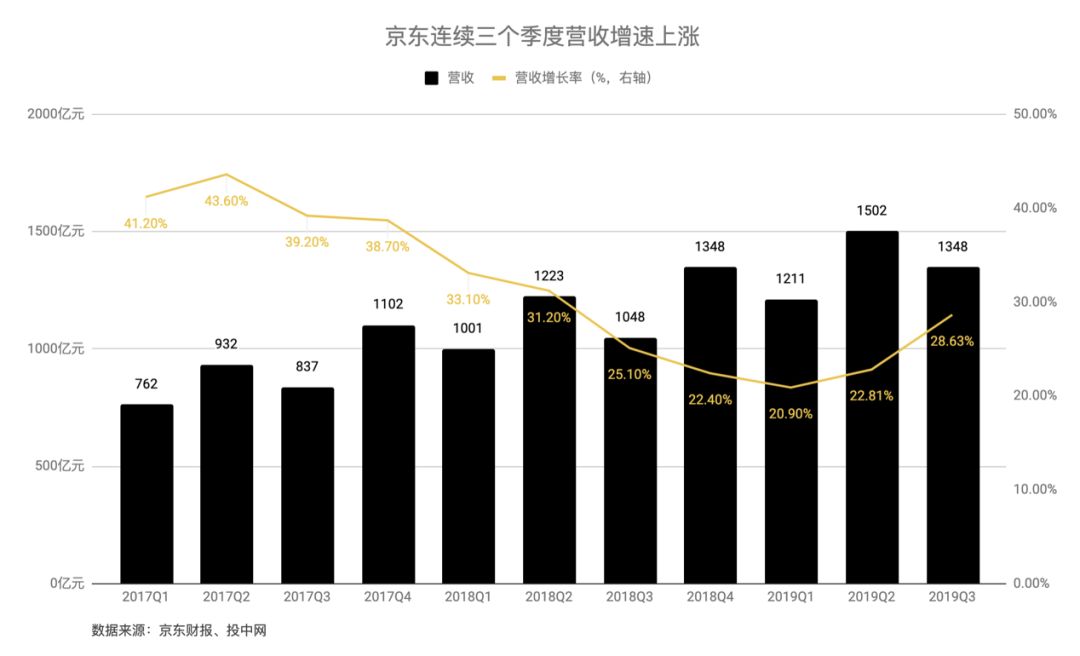 "When building Jingxi, there are internal disputes. We have thought about realizing all the high, middle and low-grade products in the main station of Jingdong, which turns out to be very difficult because the brand positioning of Jingdong is too distinctive. Later, after discussion, Jingxi became an independent venue, just in time to renew the contract with Tencent, not a year earlier, but a year later. It's just fine now. " Xu Lei, CEO of Jingdong retail, said in a recent media interview.

"Just right" refers to the new play method of e-commerce in wechat ecosystem.

On October 28, the upgraded wechat external link content management specification was officially implemented. It is called "the most strict external chain specification of wechat", and four new contents are added, specifically: no illegal use of user's Avatar; no inducement, misleading download / jump; no illegal activities such as friend assistance, acceleration, bargaining, task collection, etc., no illegal collage, etc. The induced sharing categories including pinduoduo and Jingdong Pingou (the predecessor of Jingxi) were blocked by wechat.

Three days after the announcement of the rules, Jingxi connected to the first level entrance of wechat and mobile QQ, and Jingdong Mall "retired" to the second line. People close to jd.com told Chinanet that this might be the result of joint consultation between jd.com and Tencent. He believes that Tencent really needs to develop its e-commerce business, and what it needs is the e-commerce business under the wechat ecosystem.

What is an e-commerce for wechat ecosystem? In a nutshell, it's an app that only supports wechat payment. It has social nature, supports you to send wechat friends, or you can find friends to pay for you. It will not appear to guide its own app, but requires you to complete shopping in wechat ecosystem. 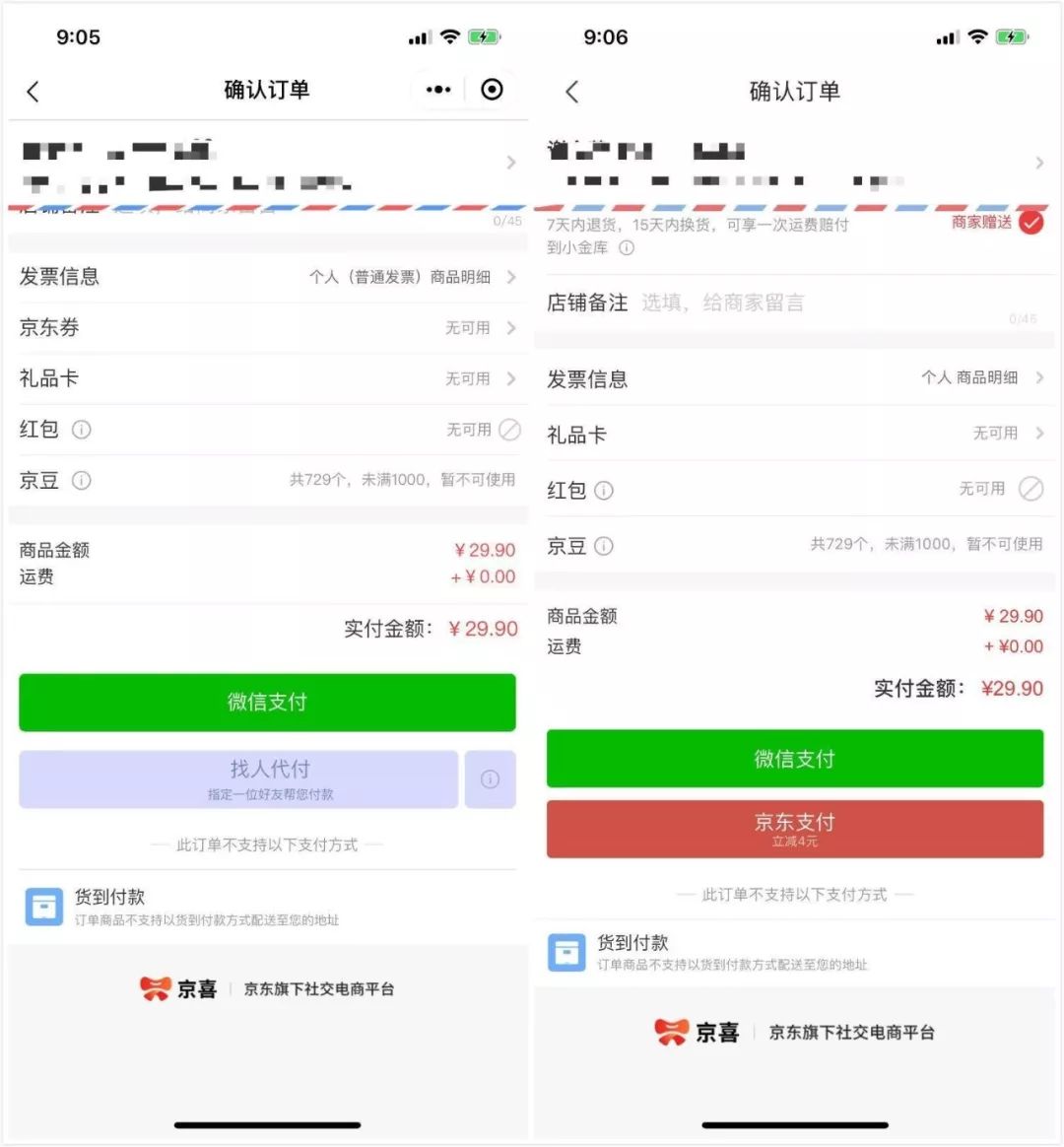 (on the left is wechat app page, on the right is Jingxi independent application page, with an additional "Jingdong payment") 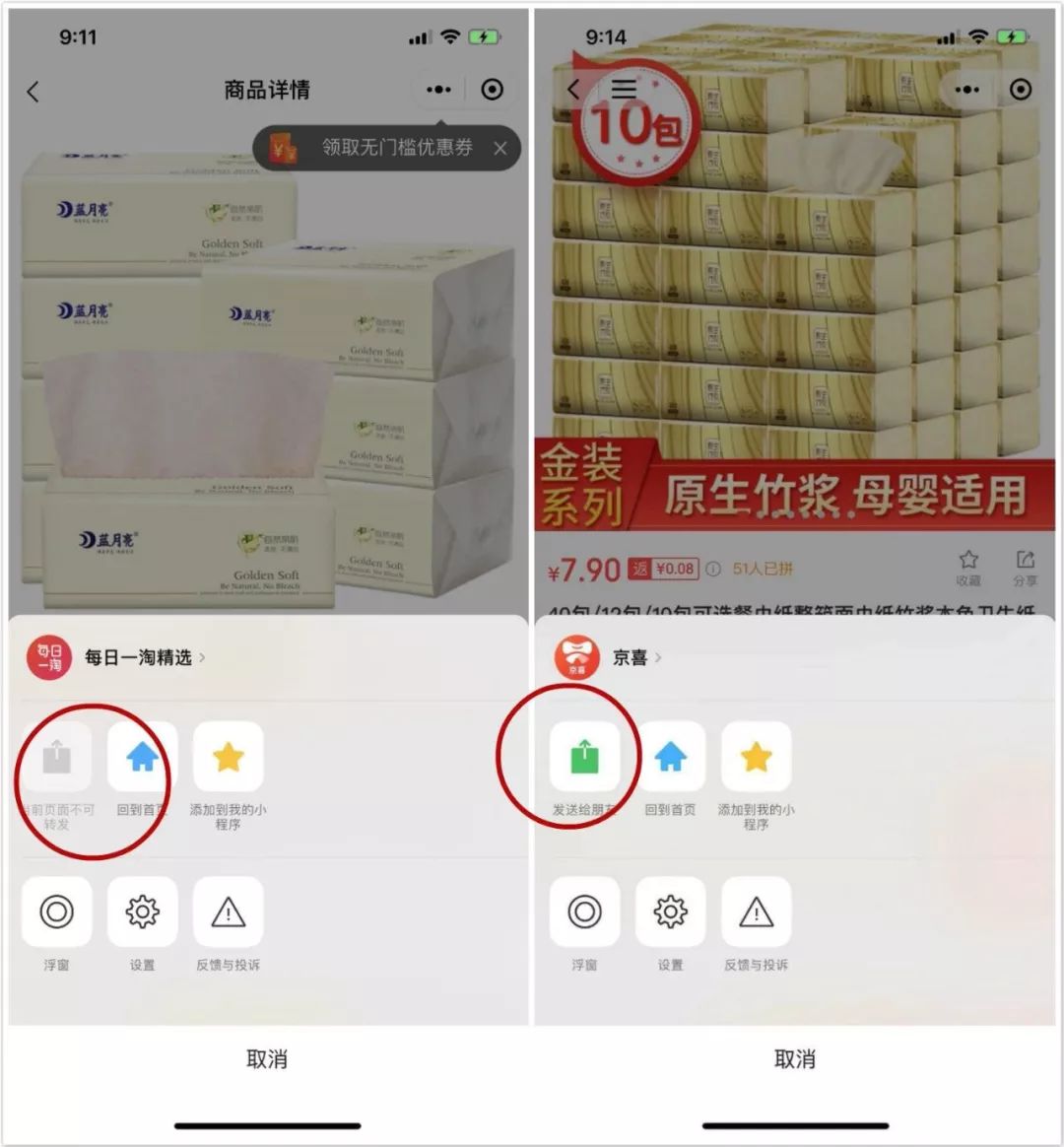 (the picture on the left is a small program under Youxian daily. It can't be shared with friends. On the right is Jingxi applet, which can be shared)

After the launch of Jingxi small program, we will go straight to fight for Duoduo. From the data of Aladdin, a small program observation platform, in the past 30 days, the "Jingxi" index has risen since November 6, and the current index is 9584, close to 10000 of pinduoduo. (note to Chinanet: Aladdin index refers to the comprehensive score of applets calculated by popularity, search, use, share and other indicators of applets.)

Pinduoduo and Jingdong are also Tencent's participating e-commerce companies. In the wechat ecosystem, there is no essential difference between them. The biggest difference is that JD has a cooperation agreement with Tencent, while pinduoduo wants to get rid of its "dependence" on wechat.

Beijing Business Daily reported in July 2018 that pinduoduo diverted consumers from wechat to app through more discounts and small games. In the past year, the number of users of pinduoduo independent app has grown rapidly, which to some extent shows its purpose.

According to pinduoduo in the third quarter of 2019, the average number of monthly active users of pinduoduo's independent app reached 430 million. In the past year, pinduoduo's application users have increased by 200 million net. This argument is also supported by Quest Mobile's 2019 double 11 insight report. On November 11, 2019, 220 million consumers swarmed into pinduoduo mall. Compared with the 2018 double 11 caliber data calculation, the daily active users of pinduoduo on the day of 2019 double 11 have a net increase of 101 million.

In this case, Tencent needs to "add code" a similar e-commerce business, and JD needs a sinking market business at this time. The time is "just right".

At present, Tencent's e-commerce business, in addition to Jingdong and pinduoduo, also has vipshop and mushroom street. But the combined revenue of the four companies is still far lower than that of Alibaba. However, for Tencent, revenue is not the main thing. Its competition with Alibaba may lie in the competition for users - as of September 2019, wechat had 1.15 billion monthly active users, while Taobao / tmall had 785 million monthly active users. Can wechat, which has a larger user group than Alibaba, compete for users' online shopping habits from Alibaba?