The third generation of AMD sharp dragon threadripper (thread Ripper) processor with cracked performance has been put on the market, and the trx40 motherboard prepared by Asustek has also been officially launched, including the flagship Rog zenith II extreme motherboard, the competitive player's edge Rog Strix trx40-e gaming motherboard and the prime trx40-pro motherboard created by Yulong master. These three motherboards are powerful in power supply and excellent in heat dissipation, which can maximize the performance of the third generation amd thread Ripper. From November 26 to December 12, Jingdong launched its first activity, and had the opportunity to get 2299 yuan worth of Longshen 360 water-cooled radiator and up to 1000 yuan worth of Jingdong e-card return. Super performance, amazing gifts, the pursuit of extreme performance players must not be missed! 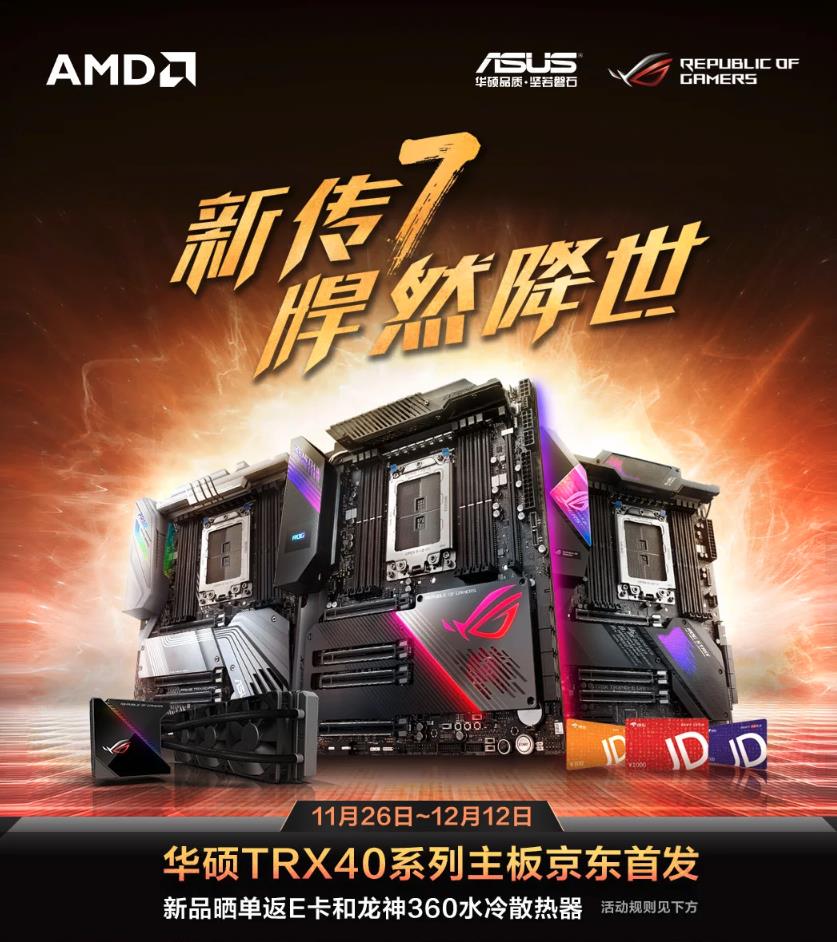 First of all, we recommend the Rog zenith II extreme motherboard which can release the ultimate performance. This motherboard adopts the ultimate performance component, which is specially designed for the ashes level performance enthusiasts. It can squeeze every drop of performance of the third generation of AMD sharp dragon thread Ripper. There is no doubt about its strong performance! At present, the first price of Jingdong is 10001 yuan. The top three players will send 2299 yuan Rog dragon 360 water-cooled radiator as soon as they are drying the sheets, and then return 1000 yuan e card as soon as they are drying the sheets. Players in need should hurry up to order!

Here we recommend the main board of Rog Strix trx40-e gaming for the game players. This main board is specially designed for the e-sports players. Its powerful configuration can fully explain the super performance of the third generation amd thread Ripper. With the avant-garde appearance design and powerful and comprehensive game sound effect, it brings the best experience for the players. Now the initial price of Jingdong is 4599 yuan, and 500 yuan will be returned after drying the sheet. The players who pursue the highest performance can start!

As a new work of the Rog Strix Raptor series, the main board of the Rog Strix trx40-e gaming is equipped with 16 power stage power supply module, and the special solid power supply interface of procool II. It is also covered with metal armor, with strong heat dissipation, which can meet the demanding needs of thread Ripper and give full play to its strong performance. The motherboard has outstanding heat dissipation capability, equipped with super large fins, and built-in 2 concealed intelligent temperature control start stop VRM cooling fans, with outstanding heat dissipation, and the m.2 and audio module areas are equipped with full coverage heat radiation armor. At the same time, it provides a wealth of standard fan pins, and integrated water cooling and water pump pins, which is convenient for players to develop their own cooling system. In terms of network, this motherboard is equipped with 2.5Gbps network card and Intel gigabit network card, and Intel Wi Fi 6 ax200 wireless network card, so the network transmission is fast and stable. There are also a range of sound enhancements that provide a immersive game sound experience. In addition, it supports aura sync, with the avant-garde trend of the e-race totem and aura RGB light effect, presenting a unique trend of e-race aesthetics. More innovative livedash OLED system status display screen, which can display important system information and customized graphics or animation, is the magic weapon for the players of E-sports!

Professional creators and DIY players can choose the prime trx40-pro motherboard, which has a simple and powerful appearance and strong configuration. With the third generation amd thread Ripper processor, it can provide excellent performance support for professionals and provide full guarantee for the timely output of content creation. At present, the initial price of Jingdong is 4199 yuan, and 300 yuan of Jingdong e-card will be returned after drying. Interested users can order now! 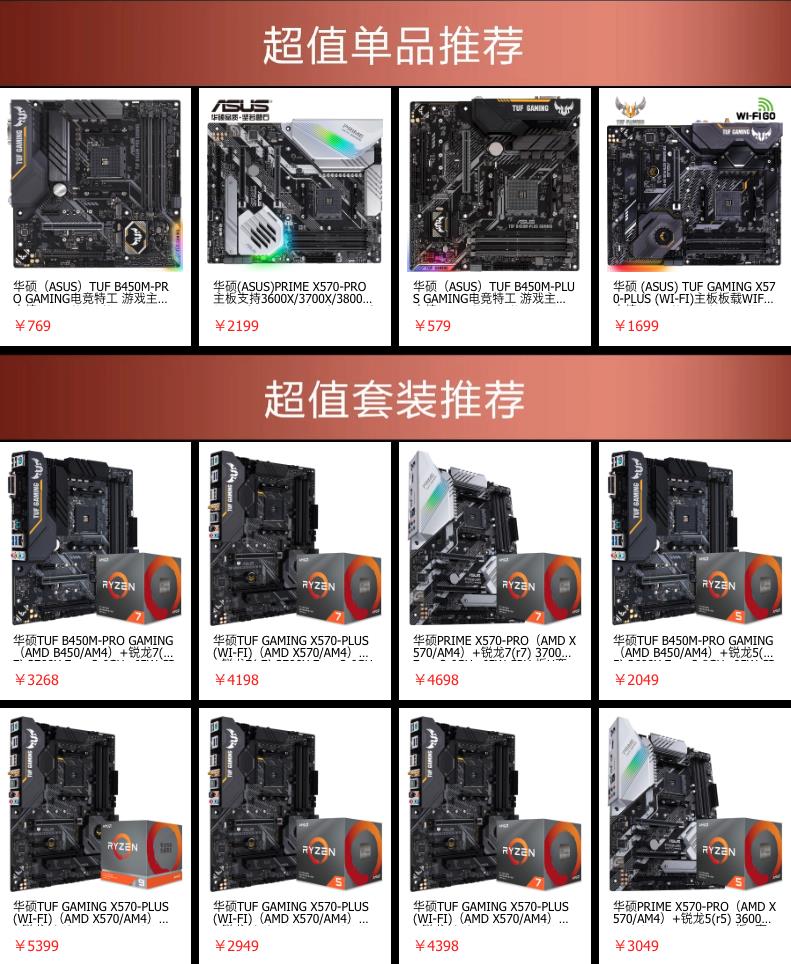 In addition, Asustek has prepared b450, x570 and x399 mainboard items and sets for a-fans, including Rog player country, tuf gaming e-racing agent and prime master series. At present, there are different levels of discounts. With AMD processor, strong performance can be achieved. Interested players can choose on demand.

Invincible performance, coming to the world, makes a new legend. Asustek's new trx40 motherboard brings performance halo, and Jingdong's first launch activity is unprecedented. Even more, super luxury gifts are waiting for you. The ashes enthusiasts who pursue the ultimate performance must not be missed!