QQ can be uninstalled? Wechat experience of "Tencent QQ applet"

The relationship between wechat and QQ must be clear to all. Although there is no public recognition, it is undeniable that there are fewer and fewer QQ partners around. However, many people still have a QQ installed in their mobile phones, so that they can log in in in their spare time to see if anyone sends messages to them. Recently, wechat launched a small program called "Tencent QQ", which can be called a magic stroke, because its biggest function is to help you receive QQ information! 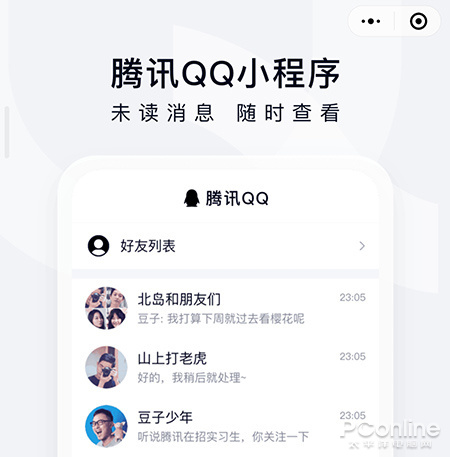 QQ applet is coming! Can QQ be deleted?

In fact, the installation process is no different from other small programs. Open wechat, enter "Tencent QQ" in the search field, and then click "Tencent QQ - small programs" in it, and do authorization (enter your own QQ account and password) according to the prompts, and then enter the small programs of Tencent QQ. 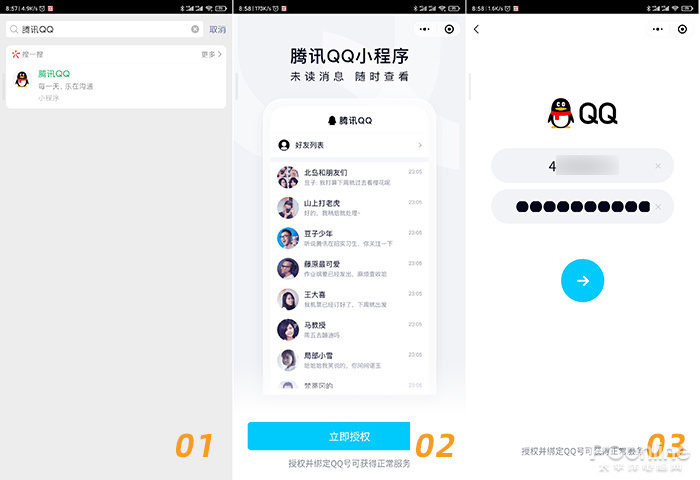 The login interface is exactly the same as QQ.

If you are logging in for the first time, you need to receive another SMS verification code after entering the account password. After the verification, the real body of the applet appears. It turns out that it looks like this! 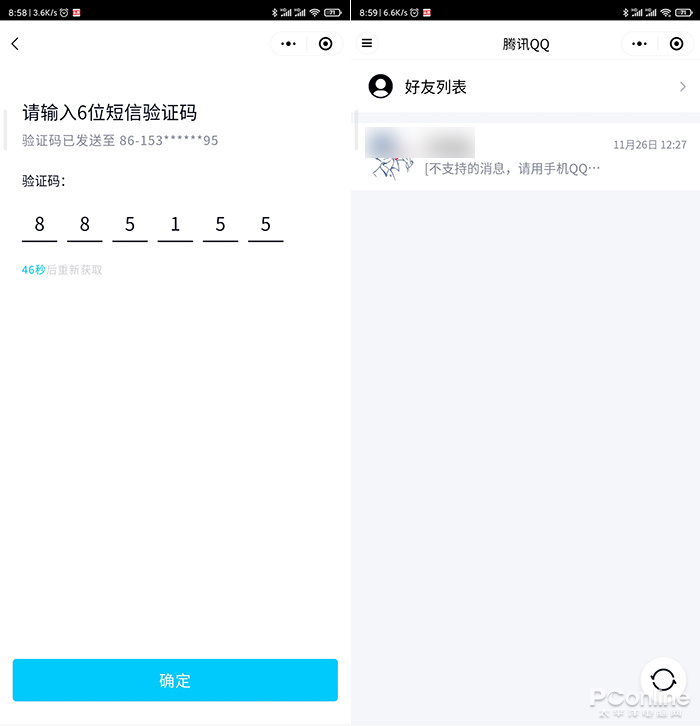 The real body is here!

The interface design is a bit like the simplified version of QQ. The first thing in front of you is "recent news", and the top is a "friends list", which can show your friends and groups. Except that there is no search bar and navigation bar, the whole layout is the same as the independent version of QQ. "Recent message" can display personal records and group records, and it also has a number style unread reminder, which can directly tell you how many messages are unread. 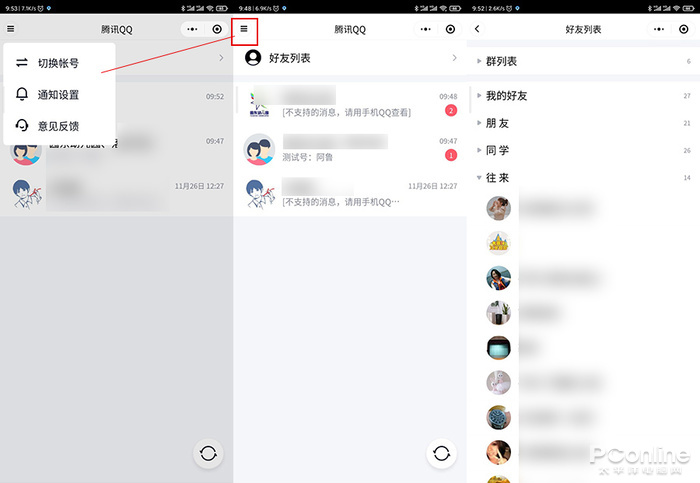 Explore the main interface (click to see the big picture) 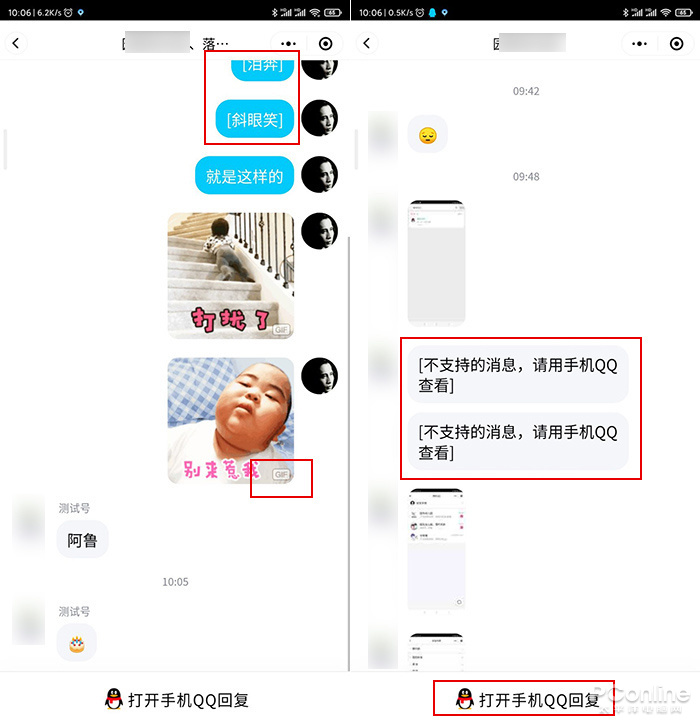 All kinds of incompatible information

The message reply is heartbreaking! Because... I suddenly found a big problem. This guy doesn't support Hair... Eliminate... Interest...! 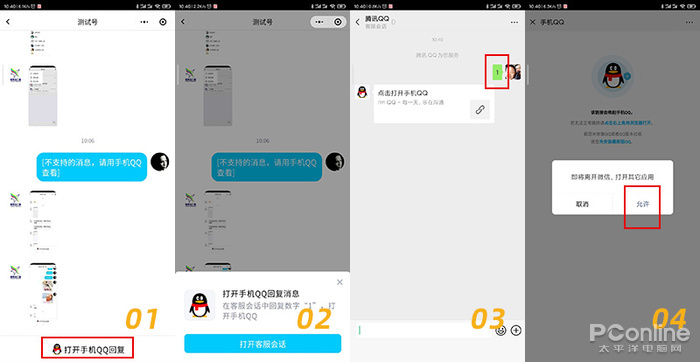 At the bottom of the chat panel, there is a "open mobile QQ reply" prompt, which appears magnificently in the bottom column. What do you mean by that? If there is a mobile QQ, why do I use you? And it's not finished in one step. When you press the button, there will be a series of guides to start QQ. Yes! A series of!!! It takes about four or five steps to open your QQ, which is not as pleasant as opening it by hand!

In addition, the refresh of the applet is also very annoying. The automatic refresh is too slow, and there is no hint at all!

This manual refresh button should be set to make up for the untimely automatic refresh!

As we all know, the most important thing of IM software is the timeliness of messages, which QQ has always done better than wechat. But in this app, you will find that the information refresh is very slow and the interface response is not fast enough. Due to the limitation of the applet, users can only see the message reminder after entering the applet, or even set it as a floating window. If there is something urgent, it will obviously be delayed. 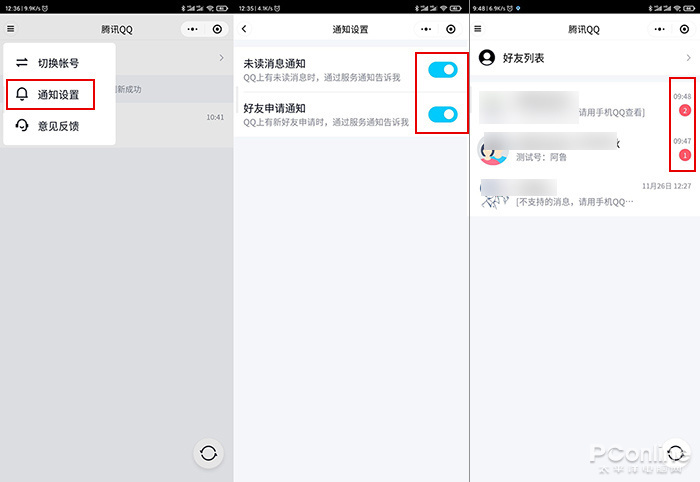 As for adding friends, it's the same. First of all, you don't know who added you at the first time without notice? Second, just like message reply, what the applet provides here is just a message. If you want to agree or refuse, you still need to jump back to QQ, which has not much practical value. 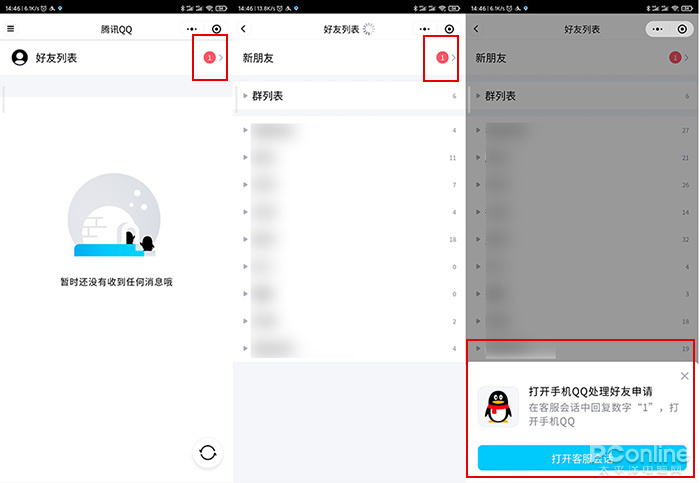 At this stage of the test, I think we can make a conclusion on this "new toy". Can only receive messages, can't reply to messages, can only query manually, can't pop up reminders, can only add QQ people, can't do it in one stop , and most of all, the message panel also loses sessions on a regular basis. Just talked about a group chat, after a few minutes to open again can not find. In short, if we want to find a way to replace QQ, I can only say that the cash "Tencent QQ" applet is too weak. 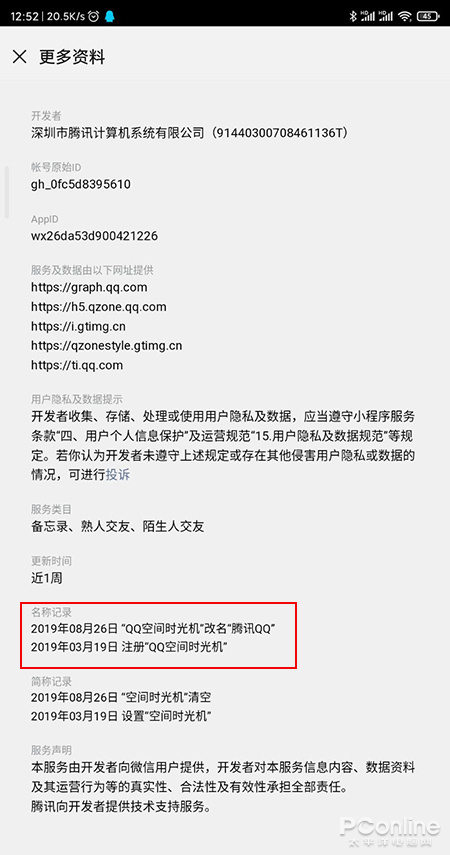 From this picture, can you understand something!!!

Strictly speaking, there is a certain historical background for this small program. As early as the birth of wechat, it and QQ are a kind of relationship between traffic. You can log in with QQ number, import QQ friends directly, send and receive QQ offline messages (you can reply directly at that time), and even there was a "QQ reminder" with very similar functions at that time. However, with wechat as the boss, this way of QQ drainage is no longer visible. Since version 7.0, wechat has completely stripped these functions from the inside.

In fact, as the two most widely used IM tools in China, QQ and wechat do not conflict. Wechat's advantage lies in the exchange of acquaintances, while QQ focuses on the development of office and new friends. As penguin's two brothers, it's not difficult to learn from each other! The most important thing is to give full play to one's strengths. As for the rumored substitution of wechat for QQ, I don't agree with it. After all, both of them have their own specific activity space and can't be imposed!

Related news
QQ applet has been online on Android QQ
The number of monthly accounts of Tencent WeChat and WeChat has reached 1,132.7 million: a year-on-year increase of 7%
QQ in wechat? Is this a doll?
QQ can be uninstalled? Wechat experience of "Tencent QQ applet"
Mobile QQ Christmas Surprise: QQ group can get Christmas hat
Hot news this week
Challenge the fierce rival Intel amd Su Zifeng: This is just the beginning!
Musk is going to blow up the rocket tomorrow
Huawei mate XS Ministry of industry and information technology access: equipped with Kirin 990 5g, better hinge / screen
Can't OEM 16nm chips for Huawei? TSMC: hard to estimate but ready for changes in export control at any time
Samsung Galaxy a71 5g exposure: equipped with exynos 980, square four shot
Magic mobile phone protection shell, match 20 Pro for sale, match 30 Pro for second change
NetEase cloud music and station B could be the only two accidents
Unsealed Taobao account in 980: no malicious refund
Samsung Galaxy a71 5g exposure: cheap "note10" with exynos 980 and square four shot
TSMC denies being pressured by the us to set up factories in the US: there is no final decision at this stage
The most popular news this week
NetEase cloud music and station B could be the only two accidents
President of Xiaomi International: Xiaomi still wants to enter the US market dominated by apple and Samsung
Over 80 million yuan of contract has been awarded to golde infrared for the application of self-developed chips in the prevention and control of pneumonia
Huawei Developers Conference Announces Extension: Change to Live Online as a New Pneumonia Epidemic
Microsoft chromium edge stable edition ushers in the "new tab" after function improvement
Huawei P40 Pro toughened film spy exposure: the effect of increasing screen curvature is worth looking forward to
DxOMark announces iPhone 11 score: 109 points, just equal to Huawei P20 pro of the year before
Google and Mozilla are sending cake to Microsoft's new edge team
Samsung Galaxy S20 series is expected to debut on March 13: simultaneous exposure of price information
Google released the most powerful 1 / 3 brain map of Drosophila, with 25000 neuron connections accurately located!