It's also an interesting thing to know about AMD's product code, and the only official AMD official is the data center's EPYC roller processor roadmap. One of the first-generation Zen architecture product codes 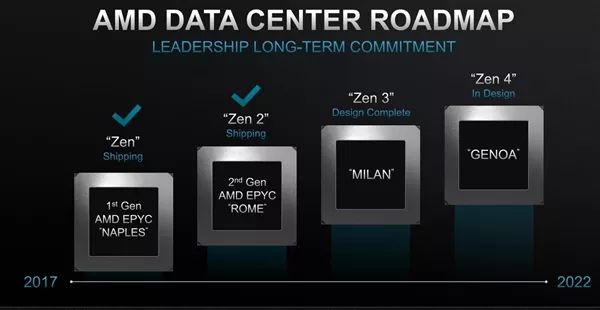 This is the official roadmap of AMD

the apu is similar to the cpu,

According to previous revelations, 7nm Zen2's APU is codenamed

According to the previously exposed information, in addition to Vega 8 and Vega 10, there will be a series of Vega 12 and even Vega 15 GPU units of the RENIOR Renoir code named Reebok 4000 APU.

Some people found a RENIOR Renoir APU in the database. Its GPU is 512sp, that is, Vega 8-level, similar to the level of Reebok 53500u,But the frequency is as high as 1.75ghz, which is a bit magical, because the GPU frequency of the Reebok 5 3500u is also less than 1.2Ghz。

In terms of frequency alone, even if the 7 nm sharp dragon APU of AMD doesn't upgrade the architecture, the frequency will increase by nearly 50%, and the performance will increase by about 50%. This is already very powerful. In other words, in the new generation of sharp dragon APU, GPU adopts the strategy of not mentioning the scale but greatly increasing the frequency. The advantage is that the GPU changes little, saving time and cost. Instead, AMD is highlighting GPU There's plenty to spare. 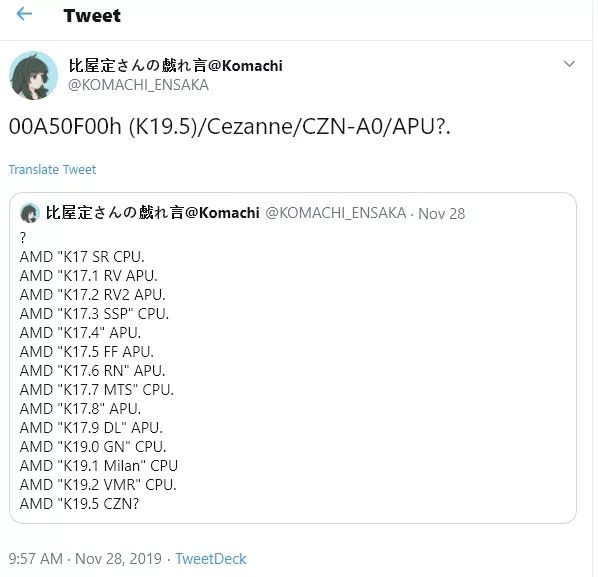 APU may not catch a cold for some users. Let's talk about the consumer level Ruilong CPU,take one's turn on duty

At present, the new motherboard that can be matched with the Reebok 3000 series is still x570, but it can be compatible with the 400 series downward. The 500 series will soon add a b550 mainstream platform. At present, the latest news says that b550 will be released around the new year's calendar, that is, at the end of January and the beginning of February next year.

According to the previous information, b550 chipset is operated by xiangshuo, and the connection channel with the processor is PCIe 3.0x4. At the same time, it can provide up to 8 PCIe 3.0.

In fact, amd has to make x570 chipsets this year, mainly because PCIe 4.0 is difficult and xiangshuo has no experience, so amd has to make a transition in person. The next generation of 600 series chipsets will no longer do their own work, but continue to give it to xiangshuo.

Yes, the 600 series chipset scheduled to come out at the end of next year will be taken over by Xiang Shuo. At that time, PCIe 4.0 support will not be a problem. Amd can stay away from the chipset market again. After all, the market value is too small and there is not much profit for them.

According to the current situation, the 600-series chipset will be a 7-nm process sharon 4000 processor with AMD next year, and the Zen3 architecture, which is also the last generation of the AM4 platform chipset.

Considering that the b550 chipset will be released less than one year next year, it is estimated that x670 will be the first chipset of 600 series, which is mainly for the high-end market. In addition to PCIe 4.0, other interface conventions such as m.2, SATA and USB 3.2 will also be upgraded. Unfortunately, the possibility of supporting lightning 3 is not great, or it will be perfect.