The redmi K30 / K30 Pro Series, which is scheduled to be released on December 10, is considered by many media to be Xiaomi's work of this year's shaft sealing box. Will there be any other surprises?

Today, slashreaks exposed the spy photos that are called Mi mix 4. Unfortunately, the credibility of the marks at the time of closing is only 30%.

In the figure, the product with the MIUI 11 system has a curved screen, the whole machine is wide, the width of the black side of the forehead is narrow, and there is no special-shaped gap, which is very consistent. 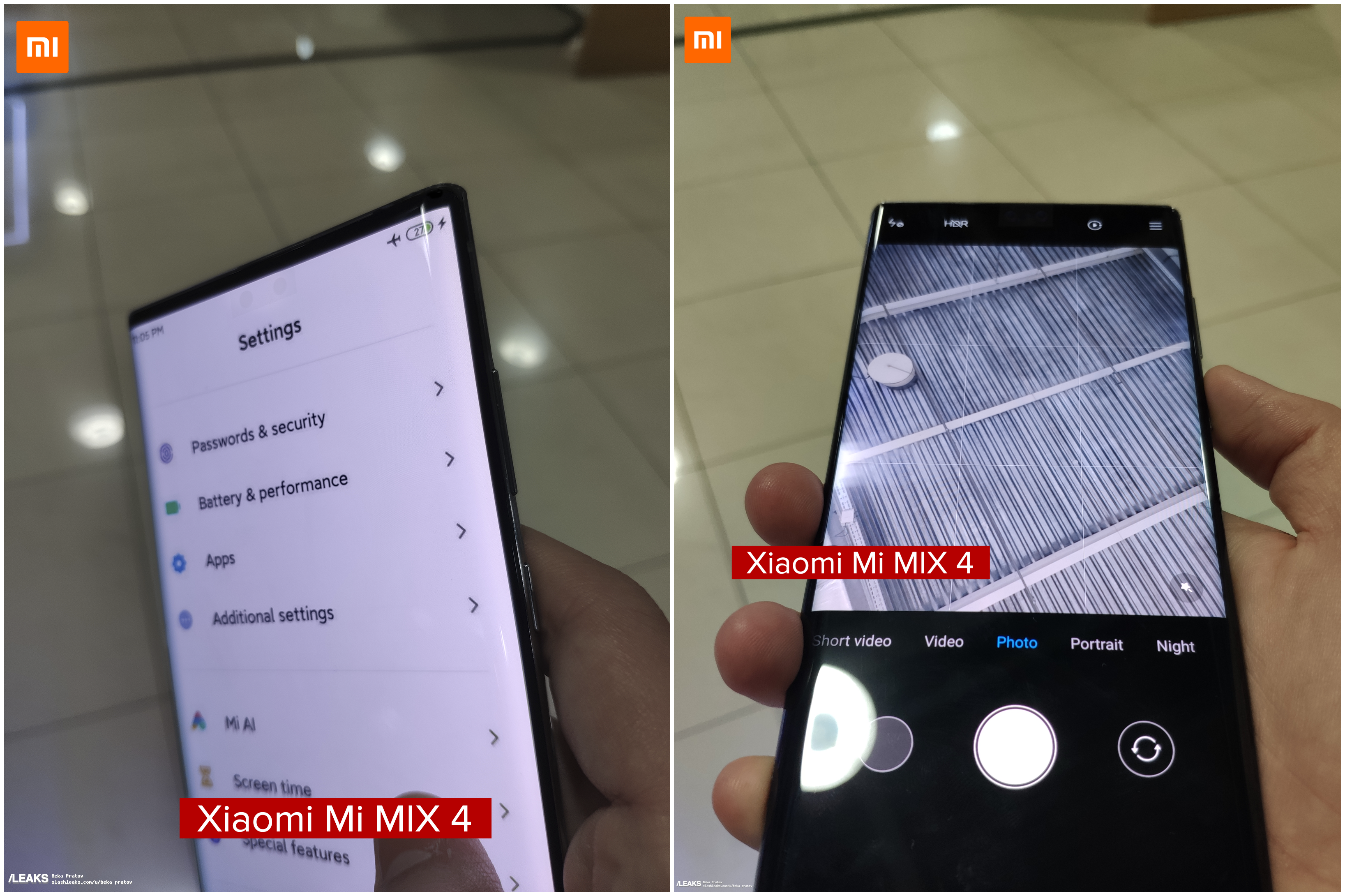 Considering the upcoming release of Xiaolong 865, it is speculated that the new Xiaomi mix digital series parallel to Xiaomi mix alpha will choose to directly carry Xiaolong 865 later, and the progress of the camera under the screen will not be so fast.

What shape and configuration is your ideal millet mix4?

Related news
Xiaomi MIUI 9 years old is fast! Warm up the MIUI 11 in advance, the tickets for the conference are ready
This is mix 4? Xiaomi new machine steal photo exposure: equipped with MIUI 11, curved non special shaped screen
Millet MIUI 11 new function exposure: adjust volume by age
Look ahead to the new functions of Xiaomi MIUI 11: the time display of interest screen signature has a more design sense
The internal beta of joyui 11, which integrates the core functions of MIUI, is coming: the great upgrade of black shark mobile phone experience
Hot news this week
Challenge the fierce rival Intel amd Su Zifeng: This is just the beginning!
Musk is going to blow up the rocket tomorrow
Huawei mate XS Ministry of industry and information technology access: equipped with Kirin 990 5g, better hinge / screen
Can't OEM 16nm chips for Huawei? TSMC: hard to estimate but ready for changes in export control at any time
Samsung Galaxy a71 5g exposure: equipped with exynos 980, square four shot
Magic mobile phone protection shell, match 20 Pro for sale, match 30 Pro for second change
NetEase cloud music and station B could be the only two accidents
Unsealed Taobao account in 980: no malicious refund
Samsung Galaxy a71 5g exposure: cheap "note10" with exynos 980 and square four shot
TSMC denies being pressured by the us to set up factories in the US: there is no final decision at this stage
The most popular news this week
NetEase cloud music and station B could be the only two accidents
President of Xiaomi International: Xiaomi still wants to enter the US market dominated by apple and Samsung
Over 80 million yuan of contract has been awarded to golde infrared for the application of self-developed chips in the prevention and control of pneumonia
Huawei Developers Conference Announces Extension: Change to Live Online as a New Pneumonia Epidemic
Microsoft chromium edge stable edition ushers in the "new tab" after function improvement
Huawei P40 Pro toughened film spy exposure: the effect of increasing screen curvature is worth looking forward to
DxOMark announces iPhone 11 score: 109 points, just equal to Huawei P20 pro of the year before
Google and Mozilla are sending cake to Microsoft's new edge team
Samsung Galaxy S20 series is expected to debut on March 13: simultaneous exposure of price information
Google released the most powerful 1 / 3 brain map of Drosophila, with 25000 neuron connections accurately located!