Perspective of GREE mixed change: who has the final say for GREE electric appliances?

After mixed reform and no more than 4% equity incentive in the future, the management and dealers led by Dong Mingzhu and other relevant concerted actors will jointly hold more than 15% equity of Gree Electric in the future. The mixed reform plan of 41.66 billion yuan was finalized, and Gree Electric (000651. SZ) resumed trading on March 3, with its share price rising 5.35% to 60.8 yuan.Gaoling capital, which is about to "take over" and obtain 15% equity of Gree Electric, has achieved 13.2 billion yuan in book income only. From the eighth shareholder to the first shareholder, Hillhouse capital has greatly expanded its equity and dividend income from the reform of Gree, which is the apparent winner.

After the mixed reform, Gree Electric will take off the cap of "state-owned assets control" and become an enterprise without actual controller. So who has the final say? The first financial reporter carefully read the mixed reform plan of Gree and found that after the mixed reform and no more than 4% equity incentive in the future, the management and dealers led by Dong Mingzhu and other relevant concerted actors will jointly hold more than 15% equity of Gree Electric in the future, improving the real power of the company's decision-making. 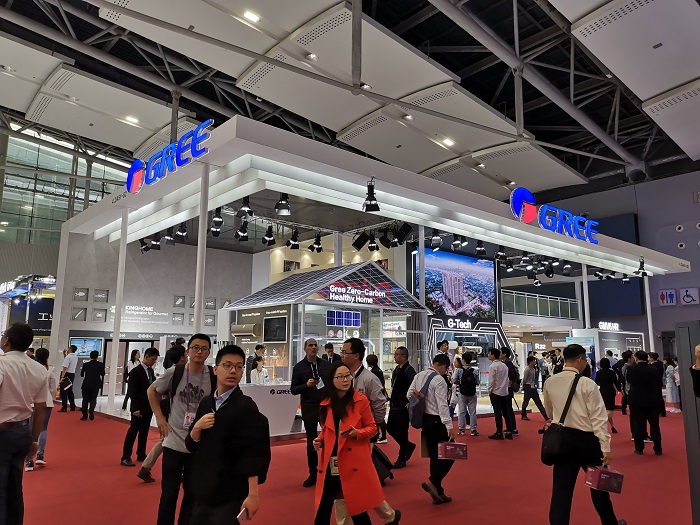 First of all, Zhuhai Yuxiu, as the executive partner, makes decisions on major issues of Zhuhai Xianying and its investment in Zhuhai Mingjun. Zhuhai Yuxiu board of directors is the highest authority of Zhuhai Mingjun and Zhuhai Xianying. The board of directors of Zhuhai Yuxiu has three seats. Hillhouse capital, Zhuhai Gezhen and Mingzhu Yihui each nominate one director. The resolution of the board of directors can only be passed with the approval of two-thirds or more directors. If the opinions of Hillhouse capital and Zhuhai Gezhen (Management) are different, the vote of Mingzhu Yihui is very important. Mingzhu Yihui is 100% owned by Cao Junsheng. Although on the surface, there are no related persons among the high-level capital, management and Mingzhu Yihui, the company name of Mingzhu Yihui contains Dong Mingzhu's name, and it was established in August this year on the eve of the announcement of the mixed reform plan of Gree.

At the same time, the management of Gree Electric, led by Dong Mingzhu, will also obtain more equity and dividend income in the mixed reform, which is reflected in four aspects, because Zhuhai Gezhen is also one of the partners of Zhuhai Mingjun, Zhuhai Xianying and Zhuhai Yuxiu. In addition, after the implementation of the mixed reform, the management and employees of the listed company of Gree Electric will not be more than 4% Equity incentive plan.

Fourth, Zhuhai Gaoling, HH mansion, Mingzhu Yihui and Zhuhai Gezhen agree that after the completion of the mixed reform, they will promote the equity incentive plan that Gree Electric's listed company level will give the management and key employees recognized by the management entity (Zhuhai Gezhen) no more than 4% of the total shares of the listed company. That is to say, Gree's management and key employees can also obtain about 4% of the shares of Listed Companies in the future.

It seems that Dong Mingzhu's team only invested about 2.43 billion yuan in this mixed reform. In this 41.66 billion yuan "mixed reform" feast, they won the decision-making power of one third of the major shareholders and the important decision-making power of the listed company of Gree Electric in the future, which can be called "four or two thousand catties". The premise is that the future performance of Dong Mingzhu team should meet the conditions of equity incentive. Therefore, Dong Mingzhu's team should work hard and "jump" to win the position of large shareholder of Gree Electric in the future.

As a "facilitator" and a high-level capital that does not seek the control of listed companies, it also gets enough benefits. In the investment cost of 41.66 billion yuan to acquire 15% equity of Gree Electric from Gree Group, Zhuhai Mingjun, a subsidiary of Hillhouse capital, has only provided 21.85 billion yuan of its own capital, while the current book income has reached 13.2 billion yuan; the remaining 22.5 billion yuan of self raised capital has made a syndicated loan to Zhuhai branch of China Merchants Bank, and in terms of the high income of Gree Electric's equity, repayment is not difficult. Therefore, Hillhouse capital is also "small and broad", and has obtained the position, equity and earnings of the major shareholders of Gree Electric.

In general, in the hybrid reform of Gree Electric, Hillhouse capital expanded the equity income, and Dong Mingzhu's team increased the decision-making power.