A while ago, just double 11, all kinds of hardware manufacturers have made efforts, a variety of concessions emerge in endlessly, the price war let netizens say one after another.

Toshiba just launched its new generation of solid-state products RC500 and rd500 in this period. I'm sure you will also feel the excellent performance of RC500. How about the performance of rd500 as a higher-end product? Let's have a look at it at once. 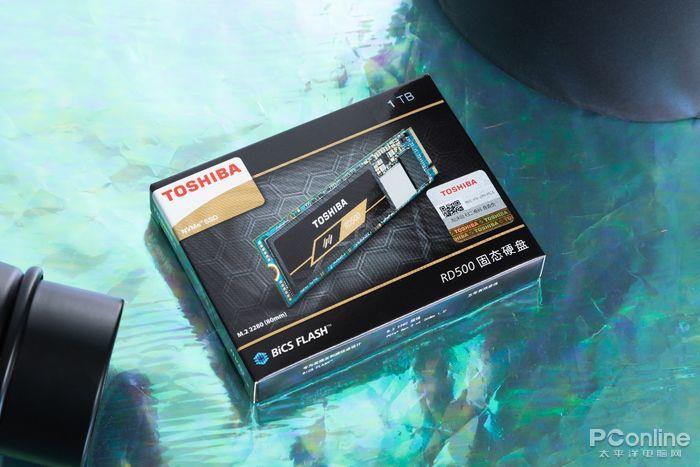 Toshiba RD500 outer box packaging, the overall appearance is relatively simple, the left side of the label shows the disk M2 2280 specification and support the latest NVMe 1.3 protocol, the bottom of the label highlights the disk 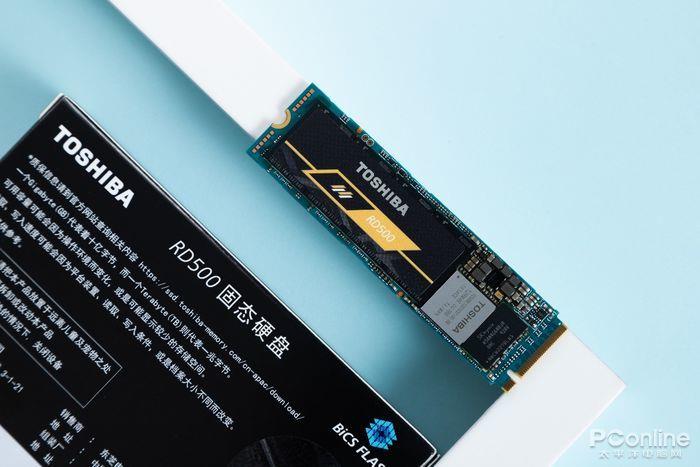 After opening the package, you can see that the tray body is relatively small, the color matching of black and white and yellow is clear and simple as a whole, and you can see that there are special lines on the surface of the sticker when you look closely. It can be seen that Toshiba is also very attentive in some small details, but it's a pity that there is no heat sink. 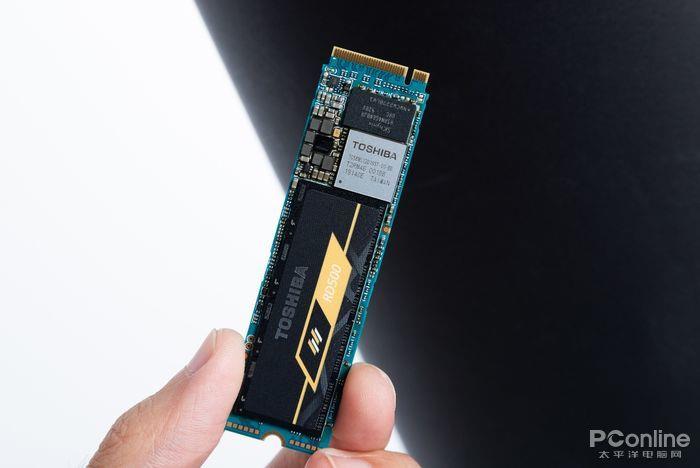 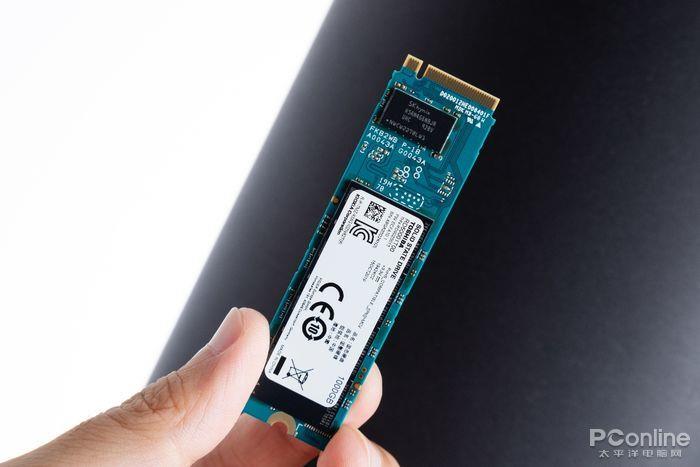 Toshiba rd500 m.2 SSD is designed with double-sided PCB layout. The overall layout is relatively compact. The disk body has two cache particles from Hynix. The model is h5an4g6nbjr-uhc, and a single 256M, two of which constitute the total cache capacity of 512M.

NAND particle model is th58ljt0t24bs8c, which should be the latest 96 layer stacking 3D TLC BICS particle of Toshiba.

The main control is Toshiba's tc58nc1201gst. Because the detailed specifications are not disclosed, we can't do science popularization for you at this time.

The software used in SSD test project are all familiar ones, including CDM 6.0, as SSD benchmark 2.0, anvil pro, etc., as follows 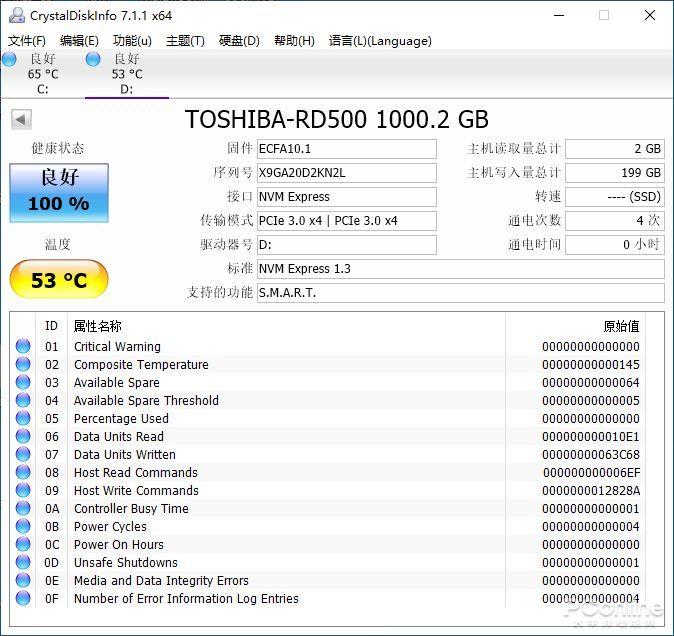 The running status of the SSD can be roughly understood through CrystalDiskInfo software. The Toshiba RD500 1T M.2 SSD firmware is ECFA10.1, with PCIe 3.0 x 4 channels, NVMe 1.3 standard, and standby temperature is 53. 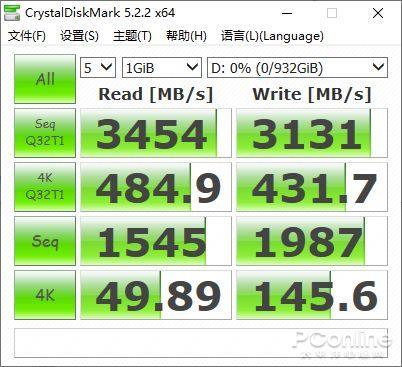 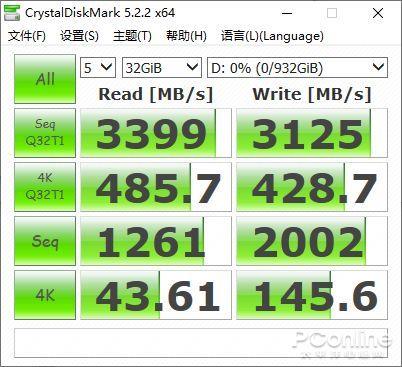 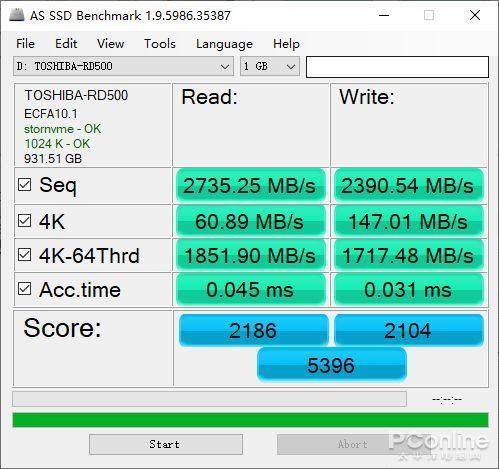 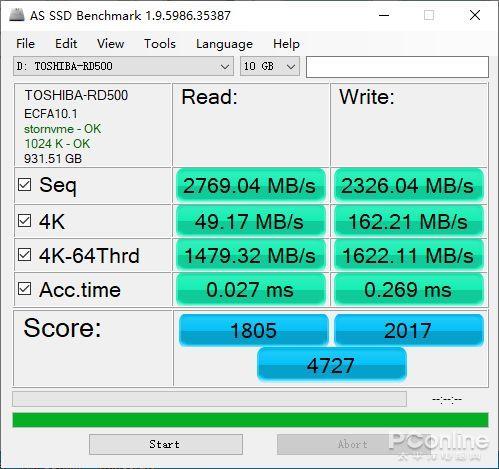 Test results of as SSD benchmark under 1GB and 10GB respectively 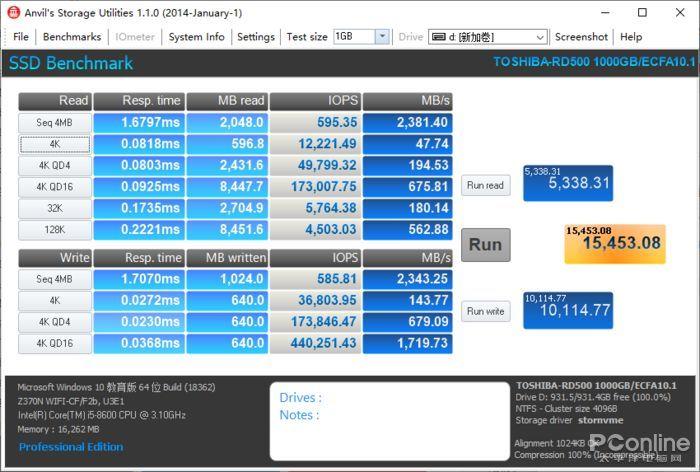 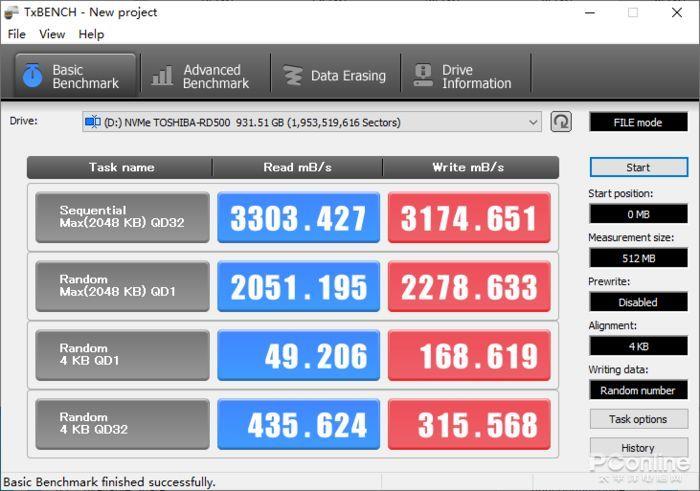 In the HD tune file benchmark test, we set 100GB of file write volume by ourselves, which is enough to cross the critical value of the cache, remove the acceleration of the product cache, and then calculate the real performance of the product particles.

In the test, the reading speed of Toshiba rd500 1T m.2 SSD particles is basically stable, and the speed can also be maintained at about 1000mb / s after pressing 40g cache.

However, in the second half of the phase, the speed drop phenomenon began to appear. From crystal diskinfo, we can see that the temperature reached 78 degrees at this time. The initial consideration may be that the speed drop is caused by the high temperature, so you can increase the heat sink according to your own situation to improve the heat dissipation capacity when you purchase this solid state. 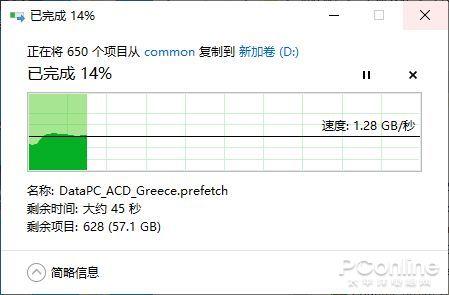 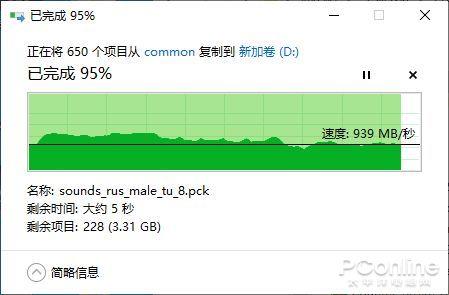 Here copy the folder of Assassin's Creed: Odyssey to test the file transfer speed in daily use.

When transferring large files in the front, the speed can be stable at 1.28gb/s, and there are more small files in the back section, and the number of transmission speed fluctuations is more, but it can still be maintained at a level close to 1GB / s. 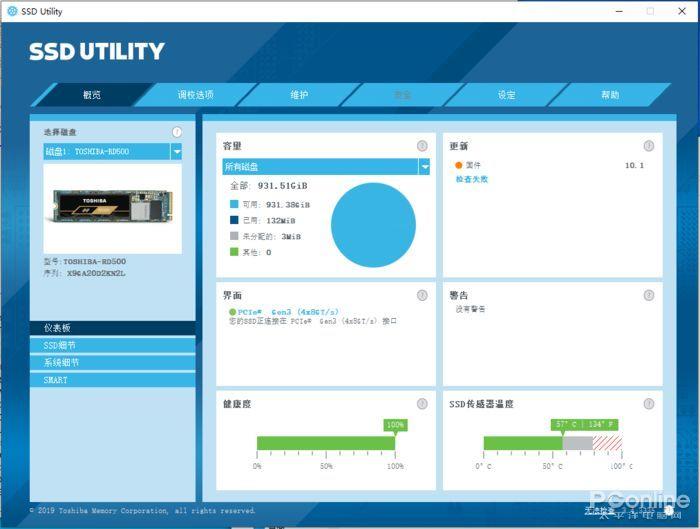 Toshiba rd500 m.2 SSD is the latest generation of solid-state drive launched by Toshiba, and its positioning is mainly in the middle and high end.

With the latest master control and 96 layer stacking TLC flash memory particles, the solid-state can achieve sequential read-write speeds of 2735.25mb/s, 2390.54mb/s and 4K random read-write speeds of 60.89mb/s and 147.01mb/s, making it perform well even in the same level of solid-state, while the analog SLC cache of 40g enables the hard disk to still be able to handle large capacity files Keep high speed. 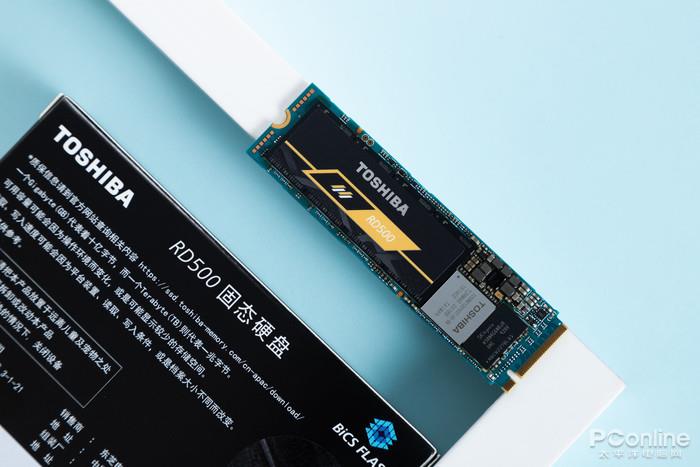 In addition to excellent performance, the maximum capacity of 1TB makes it easy to accommodate various mainstream large-scale games at present. The SSD utility software matched with it is clear and concise in content and practical in internal functions, which enables users to master the use of solid-state drives at any time. The original factory quality assurance and after-sales service for up to five years also enables users to use without worry. 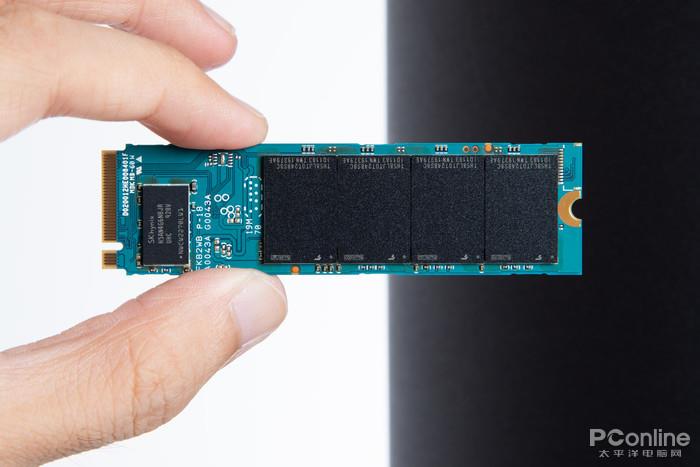 The beauty is that Toshiba's solid state is not equipped with heat sink. In HD tune Pro pressure test, it is also found that the solid state will overheat and lose speed after a large number of reading and writing, and its standby temperature is a little higher.

Now many motherboards will be equipped with SSD heatsink as standard, so consumers don't need to worry too much about the heat dissipation of Toshiba rd500. If they don't have one heatsink, they will pay a few yuan.

However, if Toshiba can consider sending heat sink inside the package in the future, it will surely bring better use experience to consumers.