Tesla begins to store "inventory" when domestic model 3 is delivered

According to media reports, Tesla is currently saving "inventory" for the domestic model 3.More than 200 domestic model 3 models have been parked in the factory parking area of Tesla super factory in Shanghai.In addition, there are still new cars constantly hauled out of the workshop. At present,Tesla has yet to obtain a new car sales license and will not be able to sell until it has.However, this does not affect Tesla's mass production climb. 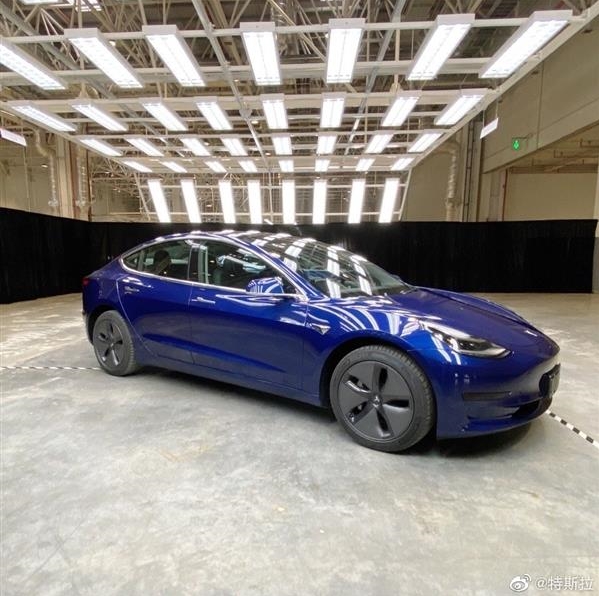 As early as November 11, the Ministry of industry and information technology issued the 325th batch of announcement on road motor vehicle manufacturers and products, agreeing to set up pure electric passenger vehicle manufacturers in the announcement. The enterprise name: Tesla (Shanghai) Co., Ltd. This shows that Tesla has officially obtained the mass production license from the Ministry of industry and information technology of China. That's why Tesla is now able to do mass production and inventory.

According to the current production capacity of Tesla, the first batch of domestic model 3 is expected to deliver about thousands of vehicles, and the first batch of new vehicles will be delivered to Tesla's Chinese employees first. In an interview with foreign media a few days ago, Tesla said:"We are striving to gradually deliver before the Chinese Spring Festival, so that our customers can drive the model 3 sedan produced by the Chinese factory home for the new year."

The first domestic version of mode 3 will be delivered with standard endurance version, NEDC with 460km endurance, 100km acceleration of 5.6S, rear wheel drive, and top speed of 225km / h.The official warranty is 4 years or 80000 km, and the battery and drive unit is 8 years or 160000 km. In the future, long endurance version and high-performance version will be launched, and the product layout is completely consistent with the imported version.

Related news
Tesla begins to store "inventory" when domestic model 3 is delivered
NVIDIA gives up Tesla brand in a low-key way: because of its name collision with famous electric vehicles
NVIDIA classic computing card series Tesla to be renamed: too confusing with Tesla
Hot news this week
Tesla's response to the spontaneous combustion and explosion of Shanghai model 3: preliminary judgment that the accident was caused by the collision under the car
Pinplay: has filed a lawsuit against Tesla for infringing pinplay's reputation right through the Internet
China's auto chips stopped in Europe and America? Official response
Global chip crisis worsens Ford closes German factory for one month
Huawei upgrades 2021 notebook models of matebook series: 11 generation core from 5499 yuan
Girls will be tied to the doll on the back to take home during the holiday netizen: This is too caring
Full screen bomb is playing crazy wechat Android version 8.0 beta version comes with download
Intel and AMD motherboards are in chaos
NVIDIA's acquisition of arm may be rejected by one or more regulators
MIT biologists reveal why cancer cells waste so much energy
The most popular news this week
Optional update for windows 10 version 1909: fix directory name invalid error
What does the new coronavirus look like? First 3D image exposure: like a ruined planet
LG mobile phone business turbulence: scroll screen may not be listed
Windows 10 21h1 confirms that the update range is not big: it mainly fixes bugs and optimizes performance
Wechat "explosive" update? Wechat 8.0 full experience of new functions
Reported that the iPhone 12 Mini sales in the United States and Europe are not as strong as expected
European Parliament invites CEOs of four US technology giants to attend antitrust hearing
Why Tencent is the Chinese version of Microsoft in the era of car building and navigation
Wuxi an import car Li son surface nucleic acid positive netizen: again cheap also dare not eat
Tencent cloud legitimate music library through train released single products, providing digital music licensing for small and medium-sized customers