On December 4, Nintendo switch, a bank of China with a price of 2099 yuan, first opened an appointment on the JD platform. It only took two days to go online, accumulating more than 100000 person times. It is enough to witness the attraction of the handheld to the game players.

Now,Xiaomi's products have also opened an appointment with the Bank of China switch. The scheduled time is December 6-9, and the new products will be launched on December 10. The price is also 2099 yuan, authentic products of the Bank of China, with a one-year warranty. Pay the deposit and get the tempered film free, and enjoy the priority of delivery. 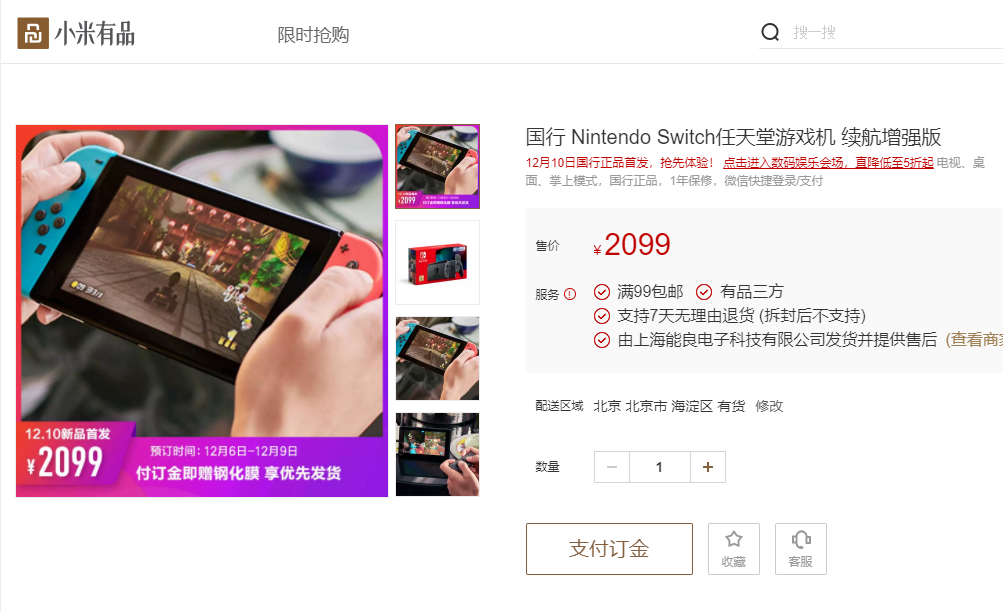 The Nintendo switch of the Bank of China has three modes of play: TV mode, palm mode and desktop mode. You can enjoy Nintendo switch's game content anytime and anywhere, whether you are on a trip, at work or on a business trip.

Tencent officials said at the conference that they will bring the top-quality games on Nintendo switch to Chinese users in the coming weeks. The first to arrive is the new super horsepower Europe brothers u luxury version. The official suggested retail price is 299 yuan. The game exchange card will be released later. The physical game card will be released around the Spring Festival next year. "8 luxury version of manio go kart" and "super manio Odyssey" will be launched successively in the future. The official suggested retail price is 299 yuan. 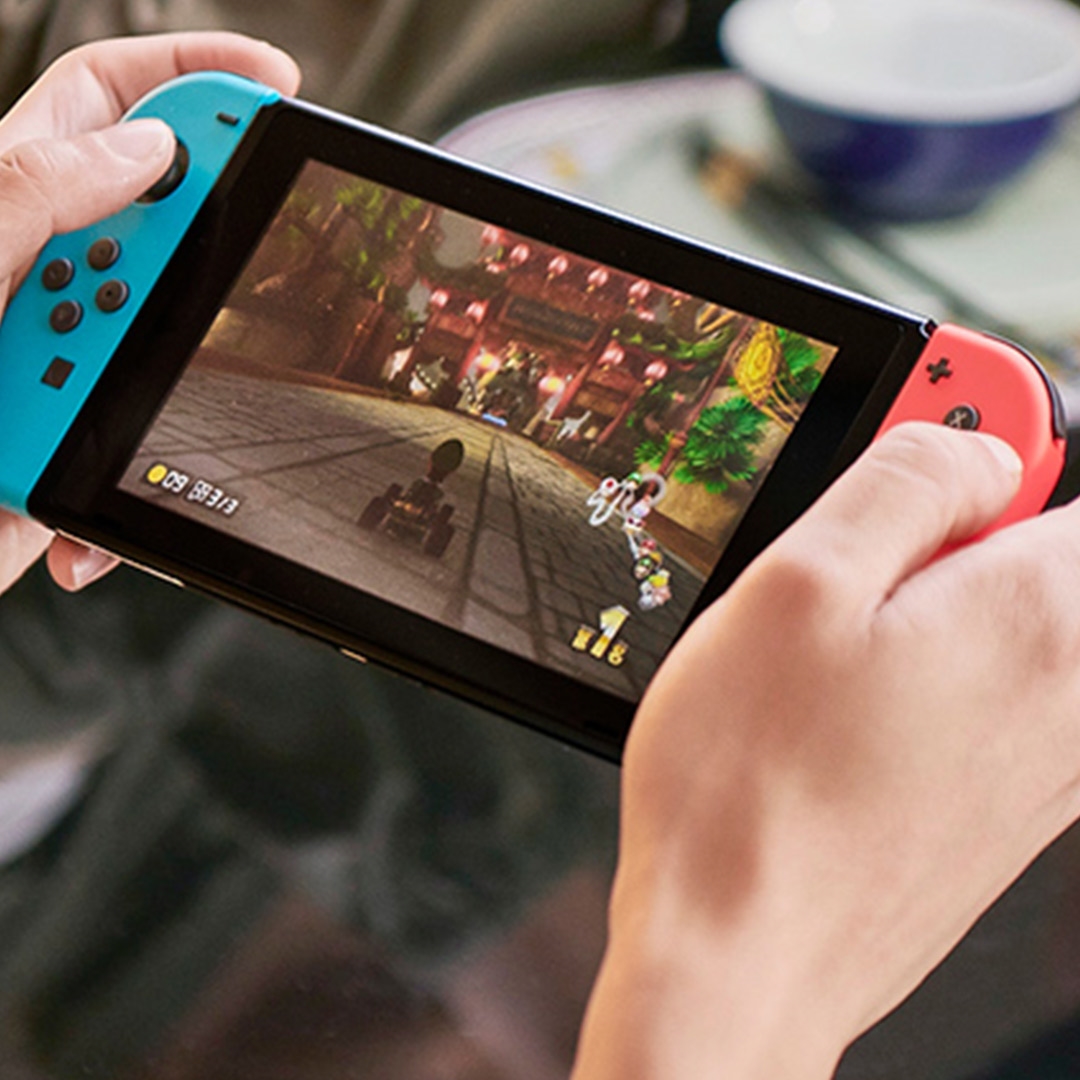 Related news
Apple Pay landed in more than 10 European countries
Follow the Amazon eBay Program to launch the Managed Delivery logistics service (Figure)
Successful Water Trial: Wal-Mart Delivery Unlimited will expand to more than 200 cities in the United States
Nintendo's new store in Shanghai revealed that the Bank of China switch is getting closer and closer!
Tencent Guohang switch landing Xiaomi grocery store: pay deposit for priority delivery
Hot news this week
Challenge the fierce rival Intel amd Su Zifeng: This is just the beginning!
Musk is going to blow up the rocket tomorrow
Huawei mate XS Ministry of industry and information technology access: equipped with Kirin 990 5g, better hinge / screen
Can't OEM 16nm chips for Huawei? TSMC: hard to estimate but ready for changes in export control at any time
Samsung Galaxy a71 5g exposure: equipped with exynos 980, square four shot
Magic mobile phone protection shell, match 20 Pro for sale, match 30 Pro for second change
NetEase cloud music and station B could be the only two accidents
Unsealed Taobao account in 980: no malicious refund
Samsung Galaxy a71 5g exposure: cheap "note10" with exynos 980 and square four shot
TSMC denies being pressured by the us to set up factories in the US: there is no final decision at this stage
The most popular news this week
NetEase cloud music and station B could be the only two accidents
President of Xiaomi International: Xiaomi still wants to enter the US market dominated by apple and Samsung
Over 80 million yuan of contract has been awarded to golde infrared for the application of self-developed chips in the prevention and control of pneumonia
Huawei Developers Conference Announces Extension: Change to Live Online as a New Pneumonia Epidemic
Microsoft chromium edge stable edition ushers in the "new tab" after function improvement
Huawei P40 Pro toughened film spy exposure: the effect of increasing screen curvature is worth looking forward to
DxOMark announces iPhone 11 score: 109 points, just equal to Huawei P20 pro of the year before
Google and Mozilla are sending cake to Microsoft's new edge team
Samsung Galaxy S20 series is expected to debut on March 13: simultaneous exposure of price information
Google released the most powerful 1 / 3 brain map of Drosophila, with 25000 neuron connections accurately located!