In 2019, under the pressure of the new pattern of Global trade, the science and technology industry has been affected in many aspects.

In July, for example, GitHub, the world's largest open source platform, was revealed to have blocked the accounts of Russian and Iranian developers. As soon as the news came out, people and developers around the world realized that open source also has national boundaries. Under the background of the global economy, we should actively embrace open source, and develop forward independently and controllable with open source platform. Both of them must be taken into consideration and not be neglected.

Fortunately, this year, new industrial progress has been continuously taking place in the construction of China's open source community and platform. With the increasing importance of the b-end software market, new technologies such as cloud native, artificial intelligence, development and operation and maintenance integration continue to break out, and the infrastructure construction and ecological aggregation of the open source community have become the strategic focus of top technology companies.

In a word, it is in the interests of the state, technology companies and developers to build a more independent and controllable open source community with excellent technical capabilities through the industrial chain. So we can see that the pace of China's open source industry is obviously accelerating.

As China has the largest number of AI patents, the most open AI capabilities, and the industry-class open-source AI operating system, Baidu, together with China's largest open-source community, is open-source China. This strong alliance can obviously have a profound impact on the open-source ecosystem.

Taking this opportunity, perhaps we can revisit the question: why is open source important? Today's China open source, how to go out of their own future?

Historical self certification: why is open source important?

In 1991, the Linux kernel was born. Linux adopted GNU system software set at that time, which can be said to be the development and inheritance of GNU Project. Linux kernel is also open-source soon, and its development ecology directly affects the process of Internet industry.

Android, as we all know, is a mobile operating system written with Linux kernel. GitHub was released in 2008, which is an open-source distributed software version control system. Various open-source projects can be open-source software on the platform. Gradually, in the field of software project open source, community discussion and platform code hosting, has become the consensus and compulsory course of global software developers.

By October of this year, Microsoft had completed its $7.5 billion acquisition of GitHub, a key move that is seen as a key layout for Microsoft's shift to the smart and enterprise markets.

The value path of Baidu's investment in open source China

No matter from the big international economic background, or under the technological trend, the cloud AI industry relies on the development ecology, so that the domestic open source industry has been paid more and more attention in the past two years. The open source community and code hosting platform are the key points of technology giant technology base, developers and industrial chain, so it has become the most important.

Whether Tencent buys coding, a code hosting platform of 100 million yuan, or Alibaba cloud builds a code and git management platform, it shows that technology giants attach great importance to this field. The investment in open source China can be seen as a new exploration of Baidu, which has always been actively embracing open source, in the layout of the open source industry chain. 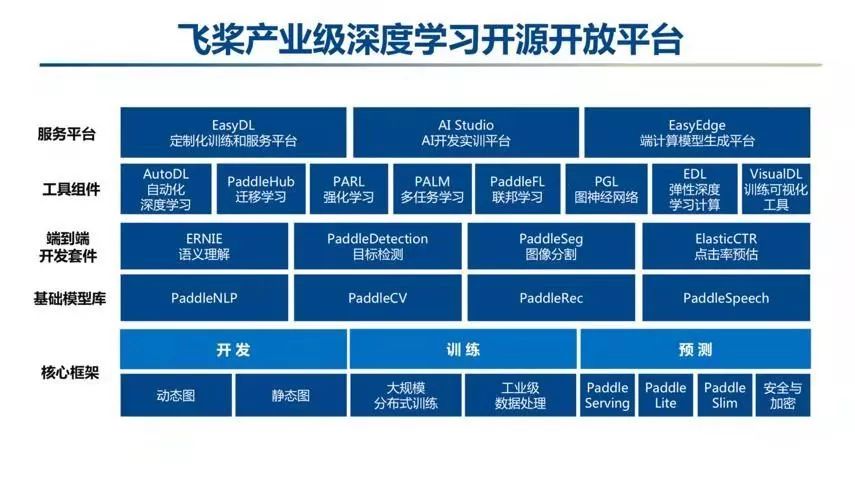 Open source China is the largest and most active Chinese open source technology community in China. At present, open source China's code hosting and collaborative development platform, gitee.com, has become the largest code hosting platform and developer ecosystem in China. It has collected more than 6 million code warehouses hosted by 4 million developers, with more than 300 billion lines of hosted code and high growth.

And the ultimate direction of this value set is the historical opportunity for China's open source industry to upgrade again.

The source of Technology: China's open source industry to upgrade

Specifically, Baidu will first settle in gitee, and successively settle in the excellent open source of Baidu department to provide better development tools and technical services for developers. At the same time, Baidu will help the operation of opensource China become more professional, and help developers develop greater innovation capabilities.

With the help of Baidu's technology system and operation capability, open source China will realize a more complete technology foundation of self-control, meet the needs of China's open source industry in the context of the times, and rapidly move towards independent development, and produce the requirements that can be comparable with the world's mainstream open source platforms. On the other hand, Baidu's open source in AI and other key technology fields, and access to open source China, means that developers have upgraded the infrastructure for the industrial intelligent world. This is crucial in the current global AI competition and software development and upgrading. When Baidu projects the world's leading AI technology and platform into the open source community more accurately, Chinese developers are more likely to complete the world's leading development work.

Under the trend that cloud AI has become the mainstream of the times and industry intelligently opens a wide range of enterprise markets, open source technology, code and products are becoming the main components of all kinds of solutions and playing an important role in enterprise applications. On the one hand, Chinese developers have been given historic opportunities, at the same time, all kinds of industries will pay more attention to, understand and use open source, and complete their own industrial intelligent upgrading.

At this critical node, the open source business needs to be upgraded from technical foundation, platform system to professional operation management, so as to meet the needs of the times and realize the long-term vision of leading from China's open source to China's AI.

From this point of view, Baidu's investment in open source China will surely bring profound influence on industrialization. From the perspective of basic technology and development ecology, the path of upgrading China's innovation capability at the bottom is getting more and more attention.

Open source is becoming the home of Chinese technology. On this road, baidu is speeding up, China is speeding up, and tens of millions of developers are ushering in the golden age of galloping.

Related news
Microsoft Announces Open Source Quantum Development Kit Quantum Development Kit
Hot news this week
Challenge the fierce rival Intel amd Su Zifeng: This is just the beginning!
Musk is going to blow up the rocket tomorrow
Huawei mate XS Ministry of industry and information technology access: equipped with Kirin 990 5g, better hinge / screen
Can't OEM 16nm chips for Huawei? TSMC: hard to estimate but ready for changes in export control at any time
Samsung Galaxy a71 5g exposure: equipped with exynos 980, square four shot
Magic mobile phone protection shell, match 20 Pro for sale, match 30 Pro for second change
NetEase cloud music and station B could be the only two accidents
Unsealed Taobao account in 980: no malicious refund
Samsung Galaxy a71 5g exposure: cheap "note10" with exynos 980 and square four shot
TSMC denies being pressured by the us to set up factories in the US: there is no final decision at this stage
The most popular news this week
NetEase cloud music and station B could be the only two accidents
President of Xiaomi International: Xiaomi still wants to enter the US market dominated by apple and Samsung
Over 80 million yuan of contract has been awarded to golde infrared for the application of self-developed chips in the prevention and control of pneumonia
Huawei Developers Conference Announces Extension: Change to Live Online as a New Pneumonia Epidemic
Microsoft chromium edge stable edition ushers in the "new tab" after function improvement
Huawei P40 Pro toughened film spy exposure: the effect of increasing screen curvature is worth looking forward to
DxOMark announces iPhone 11 score: 109 points, just equal to Huawei P20 pro of the year before
Google and Mozilla are sending cake to Microsoft's new edge team
Samsung Galaxy S20 series is expected to debut on March 13: simultaneous exposure of price information
Google released the most powerful 1 / 3 brain map of Drosophila, with 25000 neuron connections accurately located!