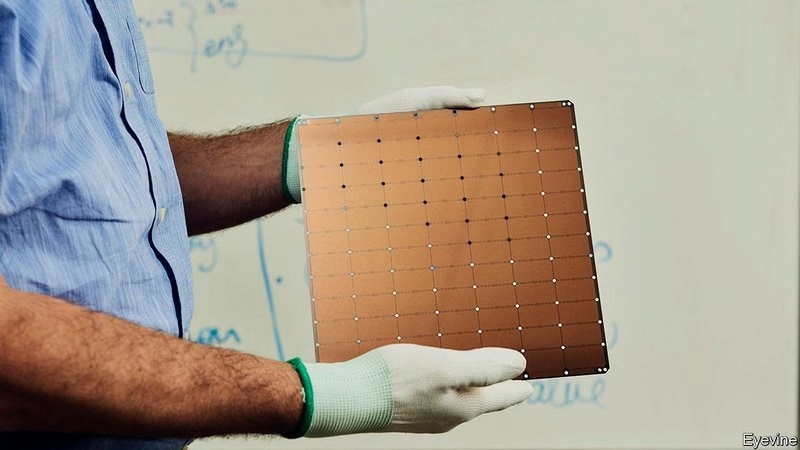 Original title: the first computer chip with a trillion translators it should speed up calculations for artistic intelligence

NetEase Technology News, December 7 news, according to foreign media reports, a few days ago in Los Altos, California, Cerebras officially released a supercomputer called CS-1, the core of which is the use of 16nm process technology, wafer size processor array. The company names the 21.5 cm * 21.5 cm silicon board as WSE,.

It is reported that a high-end modern computer chip may have billions of transistors. But WSE has more than 1 trillion transistors. In addition, the 400000 cores loaded by WSE can transmit 9000 trillion bytes of data per second; compared with the current Intel i9-9900k chip configured for personal computers, there are only eight cores that can transmit 40 billion bytes of data per second.

The supercomputer CS-1 is also very small. At present, the world's fastest supercomputing summit has about 2.4 million cores. But summit uses a traditional structure, using a heavy-duty circuit board, which weighs more than 340 tons and covers an area of 520 square meters. The weight of CS-1 is only 50 kg, which is the same size as the household refrigerator. In terms of energy consumption, summit supercomputers consume 1000 times more power than CS-1. It also consumes only 15-20 kilowatts of electricity. The peak requires 1000 times more energy.

CS-1 supercomputer is mainly used in artificial intelligence operations such as machine learning. Its compiler has been optimized to make the data transfer between cores as efficient as possible. CS-1 compiler improves the transmission efficiency by matching the generated code structure with the hardware structure. In addition, since the kernel locations on WSE are only a few millimeters away from the memory they use, data flow from one part of the board to another is much faster than usual.