Cc9 is one of the first models launched by Xiaomi CC Series in the customized version of metu, and cc9e and cc9 are also released at the same time.

According to officials, the CC9 100% Meitu camera of CC9 Meitu = 8GB 256GB customizes fairy color, and the other hardware is exactly the same. The function of the camera is slightly different from that of CC9 because of the use of Meitu camera.

It is worth noting that the Meitu brand mobile phone operated by Xiaomi will officially debut in 2020. 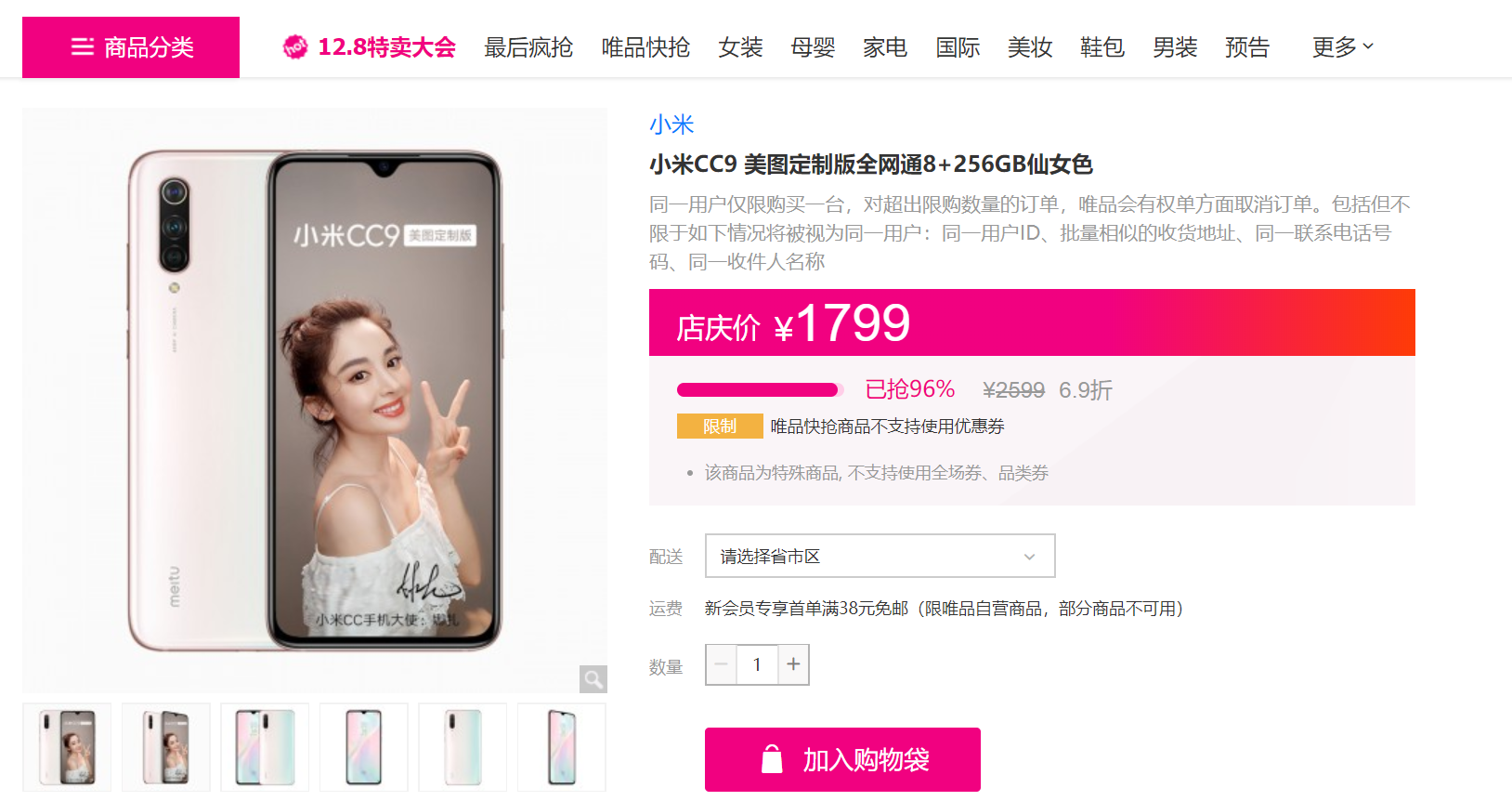