Transition to next generation Internet: report card of IPv6

On November 25, the IPv4 addresses in Europe were officially fully allocated. As early as 2016, the ipvv4 address pool in the Asia Pacific region has been completely exhausted, and there is no new IP address available for allocation. The solution can wait for the bankrupt or closed organization to return the used address for redistribution, or use carrier level private network address translation (cgnat). However, neither of them can fundamentally solve the problem. Finally, we need to transition to IPv6. 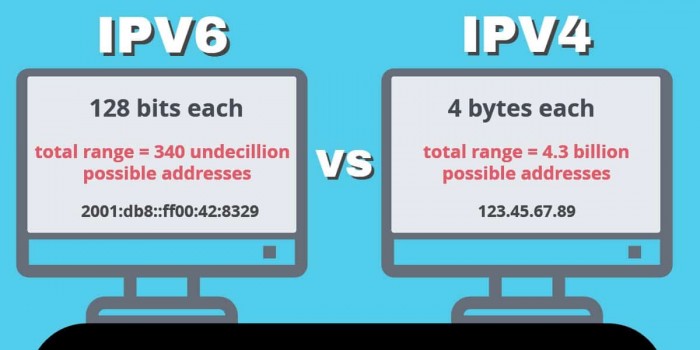 So in the past more than one year, we have seen that China's Internet has launched a large-scale IPv6 deployment plan.

Now, the next class has said goodbye to the old term, and it's time for us to announce the mid-term exam report card.

Intelligent hub project: get up early and catch up late

Is there anyone who doesn't know the significance of IPv6 to the Internet today? If there is one, I will give you a lesson here.

The primary advantage of IPv6 is to solve the limitation of network address resources. It is claimed that it can address every grain of sand on the earth. It can not only solve the urgent problem of traditional Internet IP, but also provide the necessary support of IP address for the coming massive Internet of things and smart city to make more sensors and devices networked.

At the same time, IPv6 can also optimize the network experience, so that we have faster network speed and safer surfing experience. More importantly, IPv6 root servers have been deployed overseas and managed by five organizations. Don't want to be easily resolved into a top-level domain name "404". It's very important to build a national exclusive root server with the opportunity to upgrade IPv6.

So, in the face of such important information resources, how fast do we move?

When it comes to IPv6 deployment, China used to be on the same track as the world. In the 1990s, the Internet Engineering Task Force, which is responsible for the development of Internet international standards, coordinated the opinions of all parties, and launched IPv6 protocol, which was first introduced to China in 1998. In 2003, CNGI project, the next generation Internet demonstration project, was launched in an attempt to seize the development opportunity of IPv6.

However, in the 20 years since then, the current situation of development has been somewhat shameful.

According to APNIC statistics on April 30, 2019, the deployment rate of IPv6 in Belgium, the United States and other countries has exceeded 50%, that in Vietnam is 34.94%, while that in China is only 10.80%, ranking 44th in the world, even lower than that in India. In sharp contrast, the number of IPv6 address applications in China ranks first in the world, reaching 47263 (/ 32).

The formation of this embarrassing situation, both with the help of private IP address translation technology to deal with the dependence of IPv4 address shortage, but also from the history and reality of the double shackles.

The reason is also very simple, because the original IPv4 is not compatible with IPv6, which means that operators can't borrow from the original equipment like "5g non independent networking", and can only upgrade the equipment, operation and maintenance, personnel training, etc. from scratch. The cost pressure of early construction can be imagined.

As a result, operators and content began to wait and see each other.

Operators said that the ICP (information service provider) website does not support IPv6 access, and there is no need to access after upgrading. ICP said that operators do not support IPv6, and they have upgraded without users. Then they all ask each other to upgrade first and then follow up. It was not until 2016 that the country began to intensify its efforts to push forward the mountain.

In addition to the slow arrival of infrastructure, ipv6 also faces the test of the commercial market.

To support IPv6, a home wireless router needs to be able to successfully receive a / 64 prefix IPv6 address block from the operator's remote server, and at the same time distribute the address to the networking hardware devices, including all the intelligent cup chair treadmills at home However, the mass market's desire for this has not come to the breakout point. The mainstream routers sold on the market, known as IPv6 support, actually do not have the above two functions.

In this situation, the leading demonstration effect of "Chinese characteristics" began to play a role. Will the "national team" and the technology Corps change the situation?

National team Giants: can you give IPv6 a Future

It's a bit mysterious for IPv6 to rely on the big hand of the market to adjust itself. As a result, along with the issuance of the sixth version of Internet Protocol (IPv6) scale deployment action plan and the subsequent promotion notice and other policies, there are two pioneer teams in China's IPv6 construction, which have rapidly completed the IPv6 upgrade in 2018-2019, bringing China's IPv6 coverage to 85% of IPv4.

At the same time, the government has promoted the upgrading of IDC. The super large, large-scale data and small and medium-sized IDC of the three basic telecommunication enterprises have all completed the infrastructure transformation of IPv6, and the international access bandwidth of IPv6 has realized the change from scratch in more than one year.

Another commercial ICP application team is driven by large-scale private Internet sites. In particular, in response to the call that "50% of the top 10 cloud service platforms must support IPv6", the Internet giants in the cloud manufacturer's ecosystem have taken the lead in launching IPv6 oriented promotion plans. For example, in 2018, Ali cloud provided the whole stack IPv6 program, and its products such as Youku, Taobao, Tmall, Gao De, Alipay and other products all began to launch IPv6 on a large scale. This kind of development mode, led by cloud manufacturers and closely followed by large-scale websites, also continuously promotes the rapid upgrade of relevant software and hardware.

Is that enough? The two vanguard forces can leverage IPv6's infrastructure, but they can't give birth to its overall prosperity.

In fact, despite the continuous growth of IPv6 traffic in more than one year, compared with IPv4, its total proportion still needs to be further improved, and the IPv6 support rate of home wireless router is still low. With the hosting fee of IPv4 becoming more and more expensive, no one can escape the fate of "IP immigration".

At the same time, as the main force of IPv6 transformation, cloud manufacturers currently mainly provide product support such as load balancing, virtual machine, object storage and cloud server. However, the business type hosted by IPv6 has not covered all public cloud products, and cannot support the comprehensive demands of commercial websites and mobile applications in depth and breadth.

So here comes the very confusing part about IPv6 - objectively speaking, the progress of IPv6 in more than a year has been amazing. However, we still need to move forward in the future. What are the challenges that hinder IPv6 from entering the "all-round war"?

The battle of transition: forge ahead in the global Internet transformation

No one can step into the same river twice. IPv6 is the same.

First of all, upgrading from IPv4 to IPv6 is a gradual evolution process, which means a relatively long transition period. During this period, IPv4 and IPv6 will coexist, which not only needs to smoothly evolve to the new network, but also avoids the existing business migration without affecting the user experience and data assets. What is needed here is not a simple strategic choice, but a comprehensive consideration of various factors, including their own business application scenarios, user scale, future network development needs, etc., and a combination of a variety of transition technologies to develop upgrade strategies.

At this time, the actual situation of different industries and enterprises is different. From preliminary research, scheme design, budget procurement to final implementation, plus the loss of internal coordination, we can imagine that China's IPv6 upgrade cannot be achieved overnight, and it will inevitably take a long time.

At the same time, in the evolution cycle of new things, the risk of black ash production will inevitably grow out of chaos. IPv6 is more special because of its large address space, which means that there are unlimited IP resources for malicious use. For example, launching a very large-scale DDoS attack, IPv6 network scanning difficulties lead to DNS and other public nodes becoming the priority attack target, and so on The security risk control strategy accumulated in the traditional attack and defense process will face new challenges in the process of IPv6 scale, which is also one of the factors that cause many organizations to have concerns about change.

It can be seen that IPv6 transformation has a wide range of connections, which not only requires the comprehensive upgrade of cloud manufacturers, application end, operators, terminal equipment, but also requires the collaborative development of network equipment, CDN manufacturers and network security institutions.

In general, only the ecological power can support the thousands of stars above the IPv6 dome.

4.3 billion IPv4 addresses in the world are officially exhausted today and will be transitioned to IPv6

IPv4 address is exhausted, but the speed of running to IPv6 in China is a little slow

Related news
IPv6 deployment progress of China Telecom: the number of users has reached 305 million
More than ten years of innovation, China Mobile IPv6 project won the first prize of China Communication Society
Transition to next generation Internet: report card of IPv6
You Zheng, vice president of Tsinghua University: the Internet is in a critical period of switching from IPv4 to IPv6
Ministry of Industry and Information Technology: China's IPv6 fully completed into a new era
Hot news this week
Apple store staff committed suicide due to work pressure?
Xiaomi has issued a patent for autonomous driving, which can automatically adjust its driving ability according to the road class
U.S. inflation blasts Nearly half of households aim to live: the price of the commodity has gone up outrageously
Jiangsu Bank's Beijing branch was fined 4.9 million for "seven crimes" involving the illegal issuance of loans
Huawei has released a patent on the packaging structure that solves the problem of black spots on display panels
More than 20,000 domestic Model Y "broken shaft" recalls Tesla's ability to dump pots surprised netizens
Alipay announces automatic identification of automatic identification of vehicles to enhance the quality of drivers
Browser Search Engine Giants Quasi-Upgrade Microsoft to issue an unsafe warning to 2 billion Chrome users
Could new SEC rules prevent Chinese companies from listing in the US? The Foreign Ministry responded: firmly opposed
The U.S. blocked Avista's acquisition of chip giant ARM, fearing it would hurt competition and neutrality
The most popular news this week
US group public bag app: system network abnormal recovery rider can be delivered normally
Visa CFO: The company can solve the problem with Amazon, and the relationship will resume as it did
Yumei Technology responds to employees: there is cash compensation and option compensation, and the company operates normally.
Abandon ARM! Huawei's all-self-research chip announced: new architecture CPU plus holding
It is 200 million to learn Tesla Volkswagen will be involved in clean energy construction.
TNGA + hybrid! Toyota's flagship Sedan in China looks a lot like a Lexus
Liang Jianzhang: The real universe will certainly prevail over the meta-universe, which may bring population risks and technological stagnation
Google Chrome now supports scrolling screenshots on Android 12 phones
SONY's Employee Innovation Competition in China is on display for the first time: here is the source of "black technology"
Huawei new PC processor "Pangu" exposure! Alternative Intel / AMD