Why is India rich in Silicon Valley CEOs when Pichai takes over Google's parent company?

Why is India rich in Silicon Valley CEOs when Pichai takes over Google's parent company?The background of famous universities, being good at arguing, and being proficient in English make Indian students like fish in water in integrating into European and American culture and smoothly transforming management; however, the effectiveness of higher talents in Silicon Valley is a loss in terms of India's education investment; for India, it will also form a siphon effect. 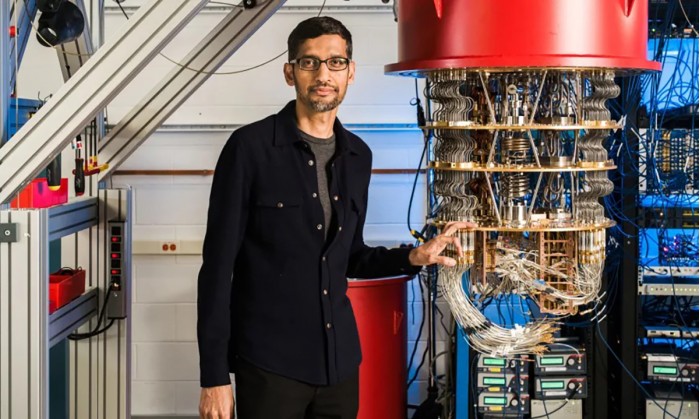 Larry Page and Sergei Brin, founders of Google and its parent company Alphabet, announced their resignation a few days ago, and Google CEO Sandal Pichai took over the baton.

Nowadays, more and more top enterprises in the world are being captured by Indians. Many Indians can stand out faster than other ethnic minorities even if they are graduated from a famous school, have technical background or even enter a large company at the same time. Even the "glass ceiling" seems to have no effect on them. In fact, in addition to the fact that some multinational enterprises may hope to enter the Indian market through this semi localization effort, there are other factors.

Compared with Asians, Indians are better at arguing, and arguing itself is a process of reasoning. As a religious country, Indians are accustomed to and good at metaphysical speculation. There have been various religious sects in this land. They compete with each other, sometimes with words, sometimes with swords. On the other hand, since modern times, the implementation of parliamentary democracy in India has made them learn to protect their rights by means of democracy and law.

In addition, the popularity of English, the heritage of British colonial era, enables Indians to integrate into European and American culture more quickly. Just like the waterfall process of software production, programming and testing are only the end of the division of labor, while the architecture at the top needs to understand users and better reflect user needs, and language is a big threshold. And mastering the language is not enough, but also need to have a deeper cultural communication ability. Language is only a representation, and the way of thinking and cultural characteristics behind it are deeper gaps. The Booker Prize is regarded as the highest prize in the contemporary English novel circle. Indian writers have won many awards, which proves the Indian's ability to use English and integrate into western culture from one side.

In addition, although the number of Chinese students studying abroad is increasing, they have been exporting on a large scale for only about 30 years. At this time, the overseas Indians have already taken root there and formed certain forces in specific fields. For example, many students from West Bengal, India, choose to study medicine in the United States, and their children also inherit their father's work. From an economic point of view, it will also be more willing to support each other because of the lower cost of information. From this point of view, although the number of overseas Chinese groups is quite large today, compared with Indians, we are still the latecomers and have less influence.

However, from another point of view, it will also form a kind of "siphon effect". India attaches great importance to higher education. The Indian Institute of technology, which was founded in 1956, copies the Caltech model in many ways. But for a long time, a large number of trained engineers have chosen to go abroad, while the domestic manufacturing industry and the Internet industry have not achieved considerable development, or even formed a vicious circle. This is a loss only in terms of India's investment in education. In comparison, China's manufacturing industry and Internet enterprises are well developed, which not only provides a platform for local talents to display their talents, but also attracts more and more overseas students to return home and start businesses.

Nevertheless, India's experience in higher education is still worth learning from. In the future, as more and more of our compatriots go abroad, our gap with the West will be further narrowed, and we believe that the "glass ceiling" will be easier for Chinese to overcome.