What does Hongmeng OS, which is not used for smart phones, mean for Huawei?

Recently, Huawei's Hongmeng OS has made new progress. According to the Shenzhen Special Economic Zone News, Wang Chenglu, President of Huawei's consumer business software department, said at the Huawei talk theme sharing meeting on December 8 that in 2020, Huawei will carry Hongmeng OS on all other terminal products except mobile phones, tablets and computers; meanwhile, Hongmeng OS will be promoted at home and abroad, and will be carried out in August 2020 Open source officially in June.

Come out after a long call

In fact, in the first half of this year, rumors about Huawei's self-developed operating system continued; at that time, Huawei was just listed as an entity by the U.S. government, and Google immediately stopped providing Android support to China. To a certain extent, this accelerated the process of Hongmeng OS's appearance. 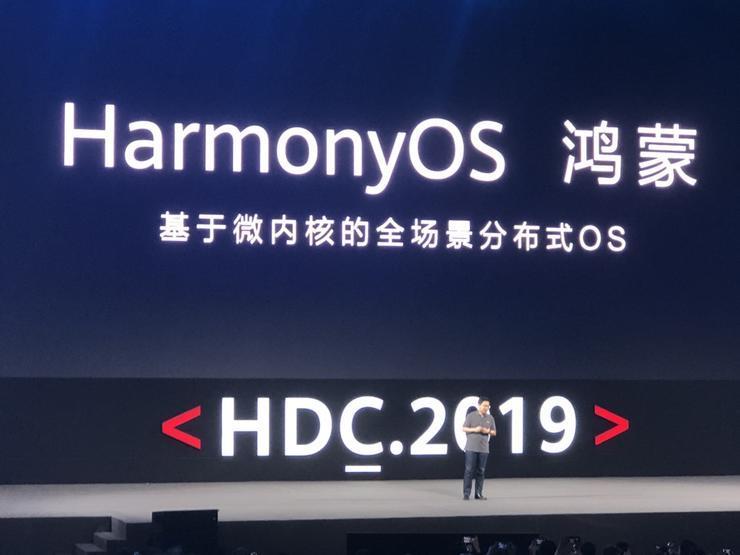 With the arrival of the era of full scene intelligence, Huawei believes that it is necessary to further improve the cross platform capabilities of the operating system, including the ability to support the full scene, cross multiple devices and platforms, as well as the ability to cope with the challenges of low latency and high security, so it has gradually formed the prototype of Hongmeng OS.

He added,The starting point of Hongmeng OS is different from Android and IOS. It is a brand-new distributed operating system based on micro kernel for the whole scene, which can meet the requirements of smooth experience of the whole scene, architecture level trusted security, seamless collaboration across terminals and one-time development of multi terminal deployment.

Although it was initially speculated that Hongmeng OS is an operating system for mobile phones, this is not the case - it was first applied to smart screen products. 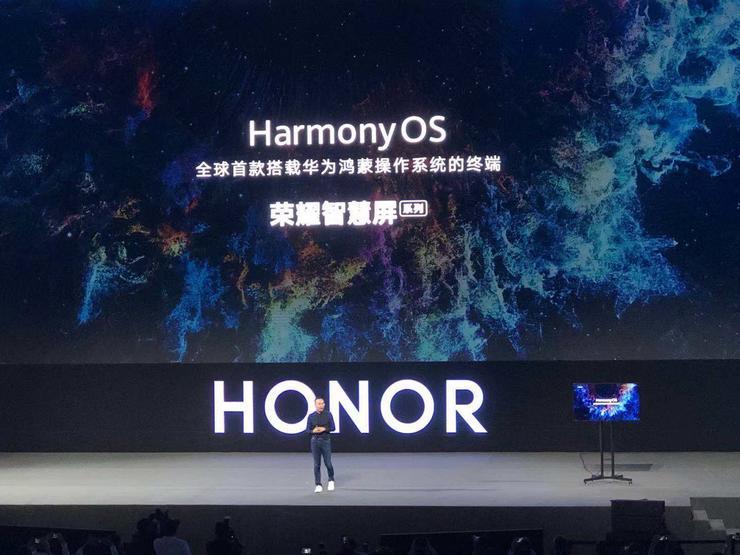 Although Hongmeng OS first launched in smart screen products, this does not mean that it cannot support smart phones. Yu Chengdong stressed at the conference:

Android is still the first operating system of Huawei's smart phones; however, if Huawei cannot use Android, Hongmeng OS can also be applied to smart phones at any time, and the migration only takes one to two days. Moreover, in the next three years, in addition to improving relevant technologies, Hongmeng OS will gradually be applied to more intelligent devices such as wearable, smart screen, car and machine.

After the conference, Zhao Ming, President of glory, gave an interview. As for Hongmeng OS starting from glory smart screen, he also expressed his own views, "the reason why Hongmeng starts from glory here is that glory is positioned as a brand for young people and is more bold in trying some new technologies."

The next step of Hongmeng OS 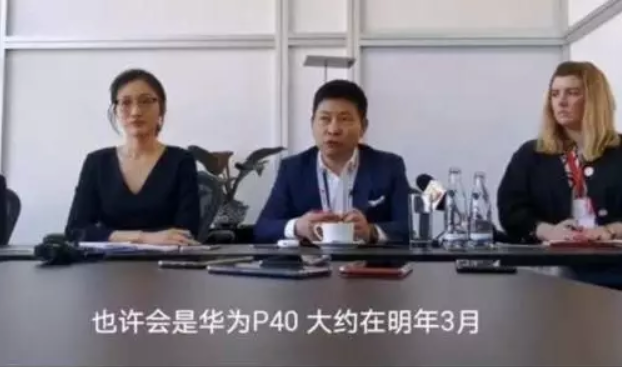 In September 2019, Yu Chengdong said that the Hongmeng OS is basically ready, and the P40 released in March 2020 may be the first mobile phone carrying Hongmeng OS.

Although it's still uncertain whether Huawei's mobile phone will be supported by Android in the future, according to Wang Chenglu's recent statement ("in addition to mobile phones, tablets and computers, Huawei's other terminal products will be equipped with Hongmeng system in the whole line." "Huawei's mobile phone will still give priority to Android, and Hongmeng will only be used when it's out of use). The P40 released next year will probably not be equipped with Hongmeng OS.

In addition, some industry observers point out that the biggest significance of Huawei's Hongmeng OS is not only its support for smartphones, but also its connection to all Huawei terminal products (18N full-scene smart life) and the creation of Huawei's Internet-of-things-based ecology. Among them, "1" refers to mobile phone, "8" refers to PC, flat plate, speaker, headset, car machine, glasses, smart screen, watch and so on.

It is worth mentioning that although consumers may not see the smart phones equipped with Hongmeng OS next year, Huawei's smart phones are quietly changing - Huawei's plan to improve Android is in progress, and is committed to the problem of Android's stuck. Wang Chenglu revealed:

(Huawei emui) every version of the update and the solution of the core problems, there is a theoretical basis behind it, and mathematical modeling should be done well. Behind the UI field must be scientific laws, which involves many complex technologies. Now we dare to say that Huawei has solved the jam problem of Android.

In any case, Hongmeng OS has achieved a leap from 0 to 1 and successfully carried it onto specific products. Although Hongmeng OS will not appear on mobile phones, tablets, computers and other devices for the time being, variables still exist over time.

Related news
The new trademark indicates that Huawei Hongmeng system is overseas or called "Harmony OS"
Hongmeng OS Warehouse will be listed on GitHub's top mobile phone by the end of the year.
What does Hongmeng OS, which is not used for smart phones, mean for Huawei?
When will Huawei Hongmeng OS mobile phone be launched? Yu Chengdong's response: it will not be released this year, but it will be possible next year
Learn about Huawei Hongmeng OS 2.0 series beta 2: Android goodbye
Hot news this week
Young people can't change their mobile phones one brother pressure in the channel inventory up to 50 million
Chinese mysterious female rich 560 million buy European luxury homes: the full amount of cash is paid at a time
Criminal gang candid courier list takes the money 8 people to be arrested
Do you make feed after Yi Lord? Zhenghong Technology M & A has mystery
The first pop -up shop in the United States opened, Bubble Mart opened the North American expansion plan
The goose factory is finally making a move on the metasverse?
The 560m Chinese woman who bought luxury homes has also been involved in JD.com's investments in Tuniu, Vipshop and Fafa Qi
With this charging treasure that can legal "stealing electricity", I don’t worry about the mobile phone out of power
Son's bet that ARM's listing will boost SoftBank's stock price?
Huawei Hongmeng has become! Many mobile phone manufacturers will follow up with Hongmeng OS technology
The most popular news this week
A large number of QQ numbers stolen official announced the results of the investigation
Tencent said major shareholders will sell their shares for a total profit of about 24.5 billion yuan
Born with a silver spoon in one's mouth, IE finally why can't escape the fate of being eliminated?
The first batch of meizu free battery replacement models are announced: Meizu 15 and other five models are listed
Meizu official celebrate Flyme 10th birthday: More surprises, wait for August
The first batch in the country! "Main Driving Unmanned" Autonomous Driving is approved
IPhone 14 revealed the earliest early August mass production Foxconn a large number of recruitment: on entry to send 5400
700MHz gold band! China Radio and Television wechat mini program launched
China Radio, Film and Television has officially announced that ZTE will be the first group to support commercial 5G broadcasting
Japan's chip industry has a 35,000 talent gap? Tech giants warn