Ernie Smith, editor of motherboard of foreign media, recently tried to find drivers for his PCI to SATA expansion card. As a result, it was found that these harmless old hardware has been hard to find a suitable driver download base.It points out that at least one large driver provider is actively removing old content that it no longer supports. And those traditional FTP driver download site, will soon spread its follow-up. 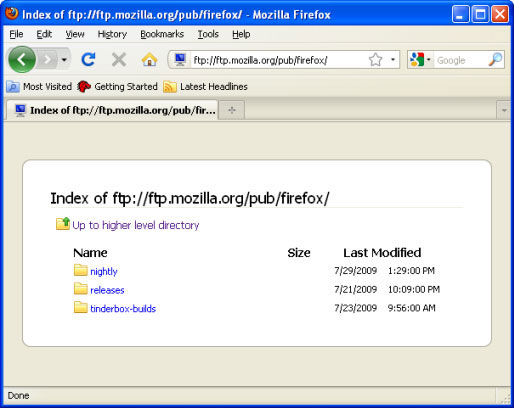 After being abandoned by these portal sites, users must use the Internet archive or the time machine,Go to some archived posts to find the driver download link, otherwise you will also face many difficulties.

Intel, for example, is cleaning up many of its motherboard BIOS drivers from its Web site, as many of its older hardware has reached the end of its life cycle (EOL).

Although extensible firmware interface (UEFI) has been widely used, there are still many old users using BIOS based devices.

Bleeping computer points out that this seems to be a broader operation to prevent users from downloading hardware drivers that are no longer supported (such as those 15 years ago) officially from Intel.

In a statement to motherboard, Intel said it was referring to industry practice:

For the sake of providing transparency of product support to customers, our company has communicated the product and software guide about the support that is about to be or has been terminated, which is in line with industry standards.

Intel assesses the product needs and capabilities it can continue to meet, combining a number of factors, including technical and practical limitations, and customer feedback.

Unfortunately, for people who like to collect old antiques and old technologies, this may be a problem, such as a group of netizens on Vogons forum.Jason Scott, chief software curator of the Internet Archive, said:

Intel's move reflects the tendency of hardware and software developers to ignore their legacy problems when possible, especially in consumer software.

In contrast, companies and corporate customers are more willing to pay for technical support updates to ensure that the original investment will not drift away, which is how some phone companies keep their equipment running.

As for the consumer facing driver repository,It also reflects the change of the way that enterprises update and distribute new software packages.

At first, enterprises tend to complete the distribution of software and updates through email, and in the late 1980s, there were digital distribution options, such as software creations to release the update of doom through bulletin board.

In the mid-1990s, enterprises began to create FTP repositories to distribute software, thus changing the nature of updates. Internet distribution has become easier, more secure, innovative and advanced, and the frequency of updates has accelerated.

Many of these FTP servers still exist, but in the new cycle,Those who are looking for older drivers are facing the sad news that major web browsers are ending their support for them.

Starting with chrome 82, Google will remove support for FTP sites. The version is currently under development and will arrive sometime next year. At the same time, Mozilla is doing the same thing with Firefox.

The main reason for this is security (which has been used for a long time). As an old service, a successor (SFTP) can hardly protect it in the same way.

Although FTP applications like Cyberduck may continue to use the heat for decades,However, the lack of support from mainstream web browsers will cause great trouble to users and FTP service providers.

Of course, FTP protocol itself is not without fault, especially the lack of support for search function. At present, the best way to retrieve information is still to use a web-based search engine (such as Google).

Experienced technical experts can often find important documents (such as technical specifications). But the same content is unlikely to be found on the web site.

The fate of drivers is no exception, such as earlier this year,Ernie Smith tried to make the old camera work, but couldn't find the right software to make it work.

Related news
Google has begun to remove FTP support from Chrome
It will be more difficult to get drivers for old hardware when the browser does not support FTP
Official release of Google Chrome 80: strengthen HTTPS, disable FTP, and make notification messages more silent
Mozilla Firefox will disable FTP support by default in version 77
Mozilla will remove support for FTP in Firefox
Firefox will remove support for FTP protocol
Hot news this week
Behind the exposed layoffs, China has praised the loss growth, and the stock price has fallen 67% in three months.
The news said that the Wi-Fi7 chip uses a 7/6nm process to stimulate QFN packaging and aging testing needs
Alipay life channel 20 million people see Wufu Sheng Xiaoka lottery live, fans: difficult for the public
The U.S. government is introducing new policies to attract international students in fields like science and technology
The U.S. Senate Committee passed the tech antitrust bill, and giants such as Apple and Google rose to the challenge
It has been exposed that it will be acquired by Tencent: the Black Shark 5 game mobile phone is officially announced!
China has successfully developed the world's lowest power phase change memory: a thousand times lower than mainstream products
Microsoft Apple Meta seizes the XR market, the Samsung of the fillet folding screen mobile phone or wants to catch up
K50 e-sports edition opponent is coming! A new Chinese phone released in February: it claims to be the best gaming phone
Station B Bilibili 2021 Top 100 UP Main Selection: 63% of new entrants, double the proportion of scientific and technological knowledge
The most popular news this week
7 years! The classic control panel doesn't die: Windows 11 takes another step back
All color renderings of the Samsung Galaxy S22/Plus/Ultra flow out
Indian smartphone shipments increased by 12% of China's reputation points near 68% share Samsung plans to add code
Three months after launch, Microsoft is "happy" with Windows 11: more successful than previous systems
Google announces the abandonment of FLoC: launches a new Topics API to replace third-party cookies
Reveal the "land Probe 1 A star" space autopilot: "time and space revisit" to predict geological disasters
Circle of friends can send more than 9 pictures weChat iOS version 8.0.18 official version of the new content public
Douyin push incentive plan: carry forward China's excellent traditional culture
Common software is spitted in an amazing: mobile phone app memory
A rocket launched by the United States 7 years ago was about to hit the moon and self-destruct: the speed was staggering