Adobe's iPad version of Photoshop has had its first major update since it was released last month, adding the theme selection tool.The tool will use Adobe Sensei's AI to select while removing artifacts, so as to automatically select a clear outline of the image theme. In a blog post, Photoshop product manager PAM Clark explained that adobe has trained algorithm models on a variety of images, so the tool can identify more objects and scenes.

The tool first appeared in desktop applications in 2018 and this year in Adobe Max's Photoshop forIPadThere was a preview at the show. Since the launch of the iPad last month, this feature marks the first real improvement in Photoshop for iPad.

In addition to the theme selection tool, Photoshop for iPad also made some UI and speed improvements to its cloud documents. The cloud PSD introduced in the application allows users to access their Photoshop files from any device, with a 90% increase in upload and download speed.

Last month, Adobe announced that it will introduce other features to the app in the first half of 2020, including the refine edge tool for selecting tricky areas such as hair and fur. The application will also get the curve and adjust layer options, brush sensitivity, and the ability to rotate the canvas to any angle. 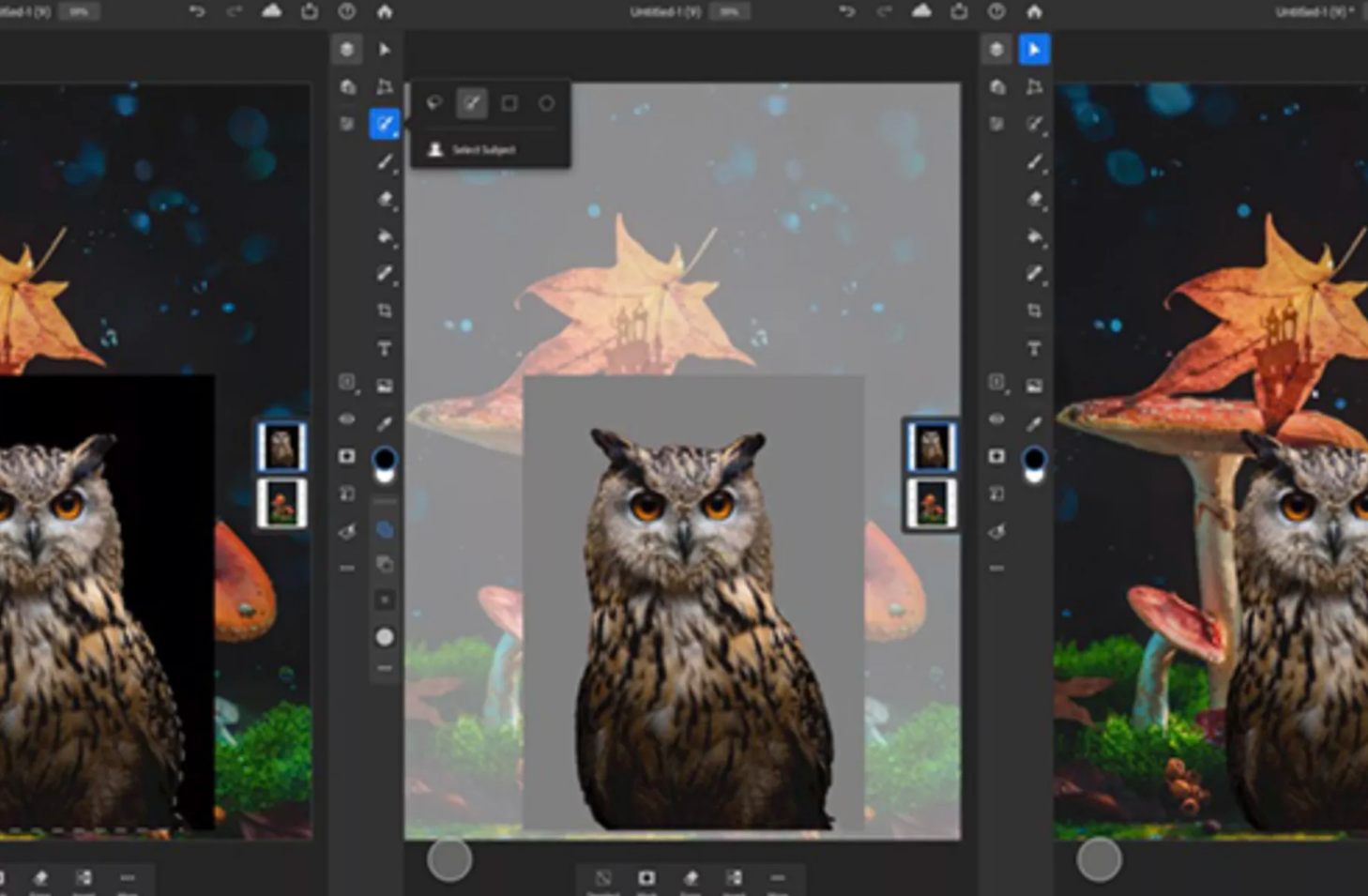 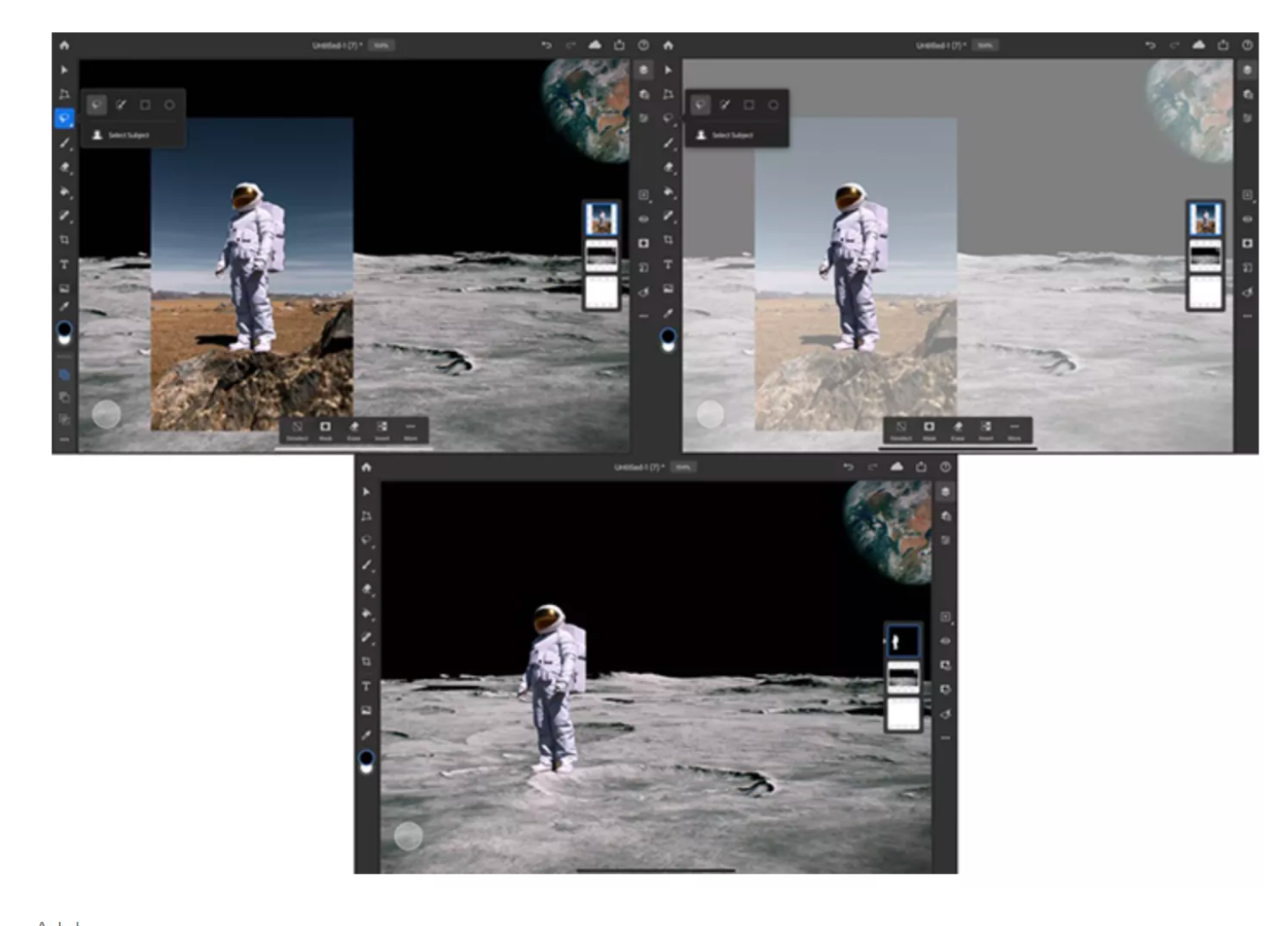 Related news
Adobe entry-level Photoshop Elements applications usher in new Sensei AI tools
Following Photoshop, Adobe Illustrator will launch on the iPad next year
Adobe's first update of Photoshop for iPad adds theme selection tool driven by AI
Adobe adds matting to Photoshop for iPad
Adobe added matting function: the iPad version of Photoshop is more versatile
Adobe releases new versions of fresco and Photoshop on the iPad
Adobe increasing use of AI machine learning to add new features to Photoshop
Hot news this week
Kuaishou launched a self-developed cloud intelligent video processing chip: The chip has been streamed successfully
Ministry of Public Security: Single telecommunications network fraud continues to cause 40 % of all electrical fraud cases
Special price "kill ripe"? Bike-sharing platforms have different prices for the same package for different users
A tech company in Shanghai has been fined 220,000 yuan for swiping orders to improve its ranking on Yelp
Text message color, picture quality compression! Google calls out Apple for improving cross-device messaging
Alibaba: Shareholders SoftBank will settle in advance for advanced payment in advance involving a maximum of about 242 million ADR
It is also the collapse of the mine card: NVIDIA graphics card plummeted, AMD graphics card increases against the trend
Gaming phones also have optical shake protection: a 50-megapixel large-background master camera on the Rescuer Y70
Musk's eyes! Lei Jun released a full -size humanoid robot Xiaomi self -developed strength explosion table
Biden signed a chip and scientific bill, a video call of WeChat iOS internal test suspension window, the advanced CPU caused Win11 to be difficult to use, Huawei new machines enter...
The most popular news this week
Economic Daily: US Chip Act will not stop China Chip!
Because of violating consumer law, Google was fined about 288 million yuan
Global e-commerce revenues may shrink for the first time
Apple's M2 processor is coming down: The iPad Pro 2022 is scheduled to ship in October
Are the suitcases hot? Meteorologist alert, the climate crisis is here!
Has been taken 4 pins, the new crown vaccine, the American Pfizer CEO is positive: taking special effects medicine
A fire broke out in Nintendo Japan headquarters, and the news said that it was caused by the charging electronic device
YouTube has been revealed as early as this fall to launch an online store to support streaming platform subscriptions
Video game company Unity rejected AppLovin's $17.5 billion takeover offer
Huawei Mate 50 series first emergency mode: can make phone calls and scan when the battery is exhausted