IPhone 10 years of innovation or monopoly?

The iPhone has almost become a necessity for my life, whether it's just opened in the morning or before I go to bed at night.

I don't know when the iPhone started to play such a crucial role in my life. In fact, I don't feel that way alone. Apple has created the current form of smart phones. With smart phones becoming the mainstream, the company's market value has reached a trillion dollars, changing the existing industry and even the world. It can be said that the past decade is the iPhone era.

In fact, you're probably reading this on your iPhone right now.

Apple has sold at least 1.4 billion iPhones in the decade, according to its official sales figures, which, combined with this year's estimates, could be close to 1.6 billion. Apple says more than 900 million iPhones are currently in use.

While Apple's iPhone sales are dwarfed by Google's Android operating system, which has shipped billions of devices, Google and its Android partners have drawn a lot of inspiration from Apple's iPhone, as revealed by Apple's legal battle with Samsung, perhaps the most dramatic technology lawsuit in nearly a decade.

The iPhone also drives Apple's growth. In the past decade, the company has grown from a large computer company with MP3 player sideline to a multinational company with a market value of more than $1 trillion, and even has 137000 full-time employees.

The iPhone has replaced many devices and brought our lives together.

The iPhone gave up my communicator, calendar, notes and alarm clock. It replaces GPS devices, MP3 players and flashlights!

Perhaps the best example to test the iPhone's transformative power is the camera. According to the camera and imaging products association, about 109 million pocket cameras were sold in 2010, but only 9 million were sold in 2018.

IPhone not only destroyed many industries, but also gave birth to many new industries.

LYFT and Uber, the car Hailing platforms with a total market value of more than $60 billion, are able to survive because of GPS and high-speed wireless connectivity on the iPhone.

The iPhone and its app store have also become a huge business and provide an easy way for application developers to sell products to a global audience. In January, apple said developers on its app store platform had made $120 billion since its launch in 2008, more than $30 billion in 2018 alone.

Although the core idea of the iPhone hasn't changed in the past decade, the device itself has become increasingly powerful.

In the early 2010's, the most powerful iPhone was iPhone 3G. As the second version, it has a slower Samsung CPU with a core operating speed of 412mhz. The iPhone 11 Pro is the latest version, equipped with a chip designed by apple, with a six core maximum speed of 2.65ghz. According to some tests, the latest iPhone performance can match that of a laptop.

The display has also improved to the same extent. The 2010 Top iPhone has a 3.5-inch screen and 153000 pixels. The latest iPhone can have a 6.5-inch screen with more than 2.6 million pixels.

Apple's large and complex supply chain consolidates the company's ability to deliver new models and significantly improve functionality each year, which is controlled by Foxconn, Apple's main manufacturing partner, which has established a large assembly plant in China. In 2017, apple said it created and supported 4.8 million jobs in China.

Components used in iPhones and other smartphones (micro cameras, dense batteries, high-quality touch screens) have been copied and eventually popularized, enabling a generation of entrepreneurs to make new hardware products, such as drones, scooters and smart home appliances.

Under cook's management, Apple has sold billions of iPhones and made hundreds of billions of dollars in profits. The company has also at some point created the most profitable fiscal quarter for listed companies.

For most of the past decade, Apple has been the most valuable public company, and only recently has it briefly ceded the crown to its long-standing technology rival Microsoft and recently its IPO Saudi Aramco.

Over the years, Apple has amassed a lot of cash and securities backed by iPhone sales, but after the tax reform of 2018, it said it plans to distribute most of its assets to shareholders in the form of buybacks and dividends.

In 2017, apple officially opened its new headquarters, apple Park, a giant enterprise park in Cupertino, California, with a construction cost of about $5 billion.

Challenges in the next decade

With a variety of lucrative products, Apple has entered the next decade. But it also increasingly needs to face the challenges of its size and success.

Recently, with more political skepticism about large technology companies in the United States, the House Judiciary Committee asked apple to submit the same documents as Amazon, Facebook and Google as part of an antitrust investigation. In recent months, cook has been constantly forced to respond to global media questions about the company's control over the app store platform and whether Apple is a monopoly.

With upgrades every few years, activists and consumer advocates are increasingly worried about the environmental costs of selling new hardware to hundreds of millions of people. In recent years, Apple has launched new recycling programs and initiatives to reduce waste.

But perhaps the biggest challenge is that the iPhone, as a product of a generation, is not growing as fast as it has in the past decade.

IPhone sales peaked at 231 million in 2015. Since then, sales have remained steady. In 2019, apple said it no longer plans to report sales and said gross revenue and other indicators are enough to inform investors.

As for whether the 2020's will be as good for Apple as it has been in the past decade, we can only hope that these online services and new hardware will change our lives like the iPhone. 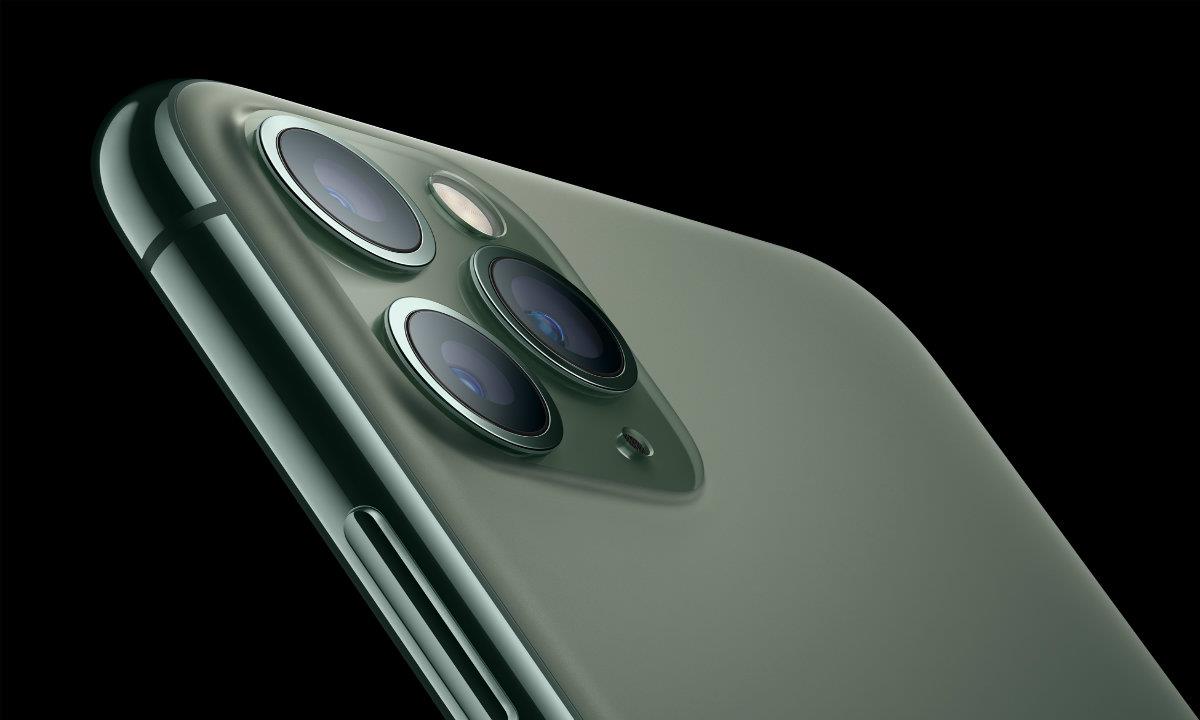 Related news
IPhone 11, what an embarrassment!
IPhone 10 years of innovation or monopoly?
Ford F-150 EV battery supplier SK innovation faces a 10-year ban in the United States
Hot news this week
Titanium Media Publish Assesum: People's Bank: Digital RMB Winter Olympics pilot has entered the sprint phase; Tesla announced that 250,000 Powerwall energy storage power stations have been installed
Volvo pure electric C40 China first show: giant transformation, open electrification era new offensive
Close to the apple millet, two weeks of consecutive weeks, China Smartphone second: 3 years, the world's first
Alibaba and Tencent have received more than half of the 43 antitrust fines, and lawyers say the penalties are likely to increase
Heavy weight! China team "100 billion-level super-calculated simulation quantum" won two nominations in Gordon Bell Prize
The visualization tool shows a large cloud of debris generated by the Russian anti-satellite missile test
What is the Yuan Universe? Why do you pay attention to it? - Decoding Yuan Universe
Study on the sequelae of COVID-19 in the Chinese team: Shortness of breath, depression and other problems still existed nearly one year after discharge
Capital does not love SAIC, "flying" subsidiary, Jet Hydrogen Technology intends to go to science and technology board
Tencent responded to "APP to get ridiculous": Upgrade APP is now downloaded for user rights protection
The most popular news this week
Google and Apple have been fined nearly 100 million yuan for allegedly "stealing" user data
700 million people to buy each month buy: spent a lot of Q3 income rose 51%
From March 1 next year, the personal payment code of wechat Alipay will not be used for business payment
Tesla plans to complete at least US $ 1.06 billion in the construction of the Austin plant before the end of this year.
Musk says don't touch your phone!
Current payment! WeChat, Alipay will have a large change
Apple restizes Turkish product sales business prices
Special spells in the third quarter of the third quarter of the year increased by 51% year-on-year, net profit is 1.64 billion yuan.
Beijing Internet Court: The merchant comes with "Review Cashback" card can constitute fraud
When can I fade in the deficiencies?