Sogou has released an input tool specially developed for special people, named "point input". Point input is a user-defined input method specially designed for users who are not convenient to use the keyboard and can only type with the help of pure mouse, touchpad and touch screen.According to Sogou, the launch of the product came from a micro blog for help. On November 13, the microblog user "Leng min and Han midnight" released the help microblog, hoping someone could help her crack a special input method software. 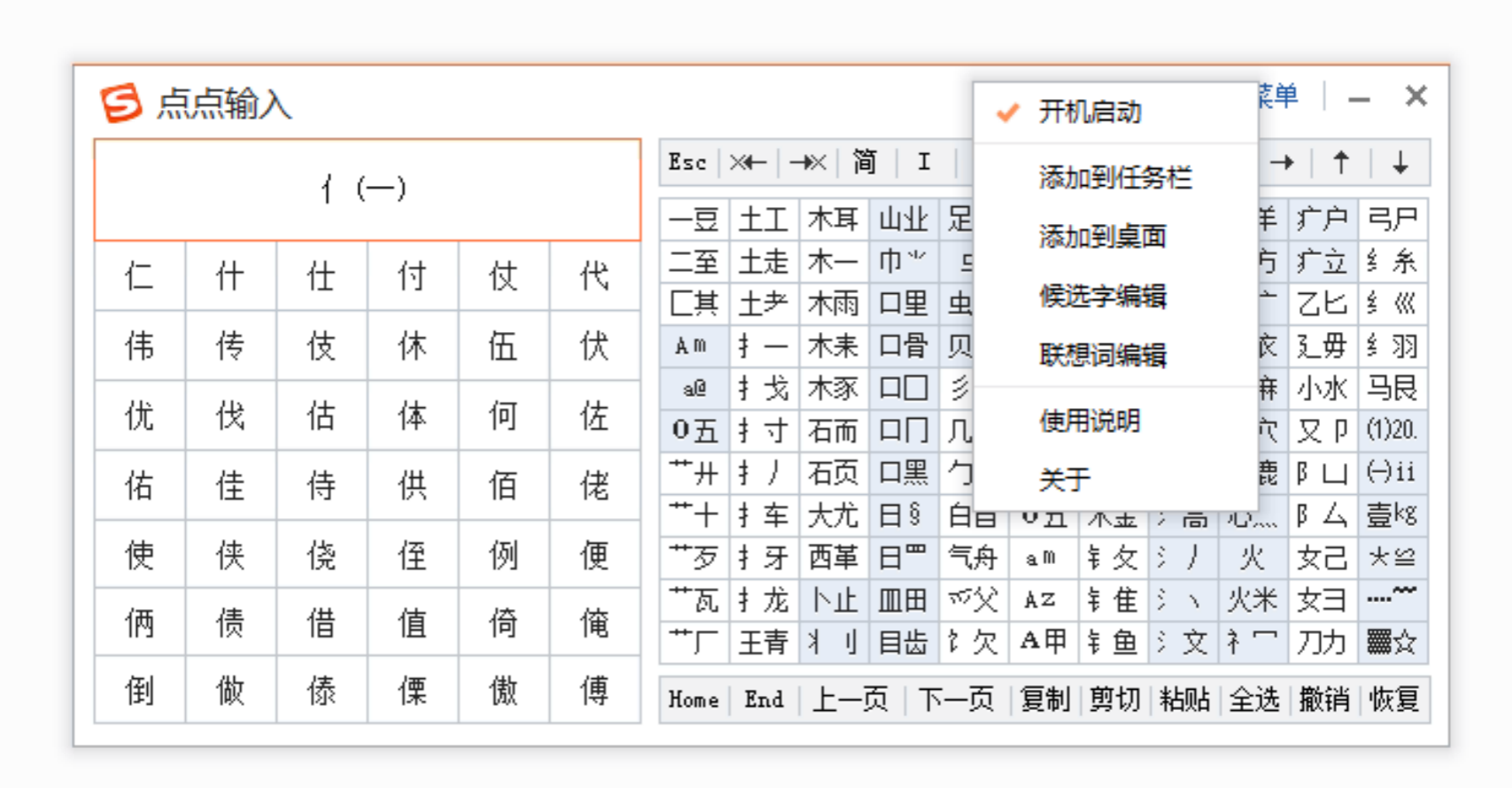 The user, whose real name is Fang Yu, suffered from cerebral palsy of hand foot type due to an accident. His whole body can only move with his feet. Over the past decade, she has been using a special input method, using her foot to control the mouse, and has written more than 100000 words of blog. However, because the two people who developed the software have died of cancer one after another, the input tool has not been updated, and Fang Yu cannot continue typing after updating the computer.

"Sogou will continue to develop this software to help more people," Wang Xiaochuan, CEO of Sogou, tweeted to Fang Yu on November 16 After that, Sogou team contacted the developer's family and purchased the patent of this product. After reconstructing the original code and making a new version, it was handed over to Fang Yu for trial use, collecting feedback information and adjusting and optimizing the product. At present, this product has been launched, called "Diandian input".

According to statistics, there are more than 6 million cerebral palsy patients in China, and 46000 new children are born every year. In addition, there are more than 85 million special groups in China. Sogou input team said that they will continue to optimize these products in the future, so that barrier free input can help more and more special people, so that they can input as smoothly as normal people.

Related news
Hot news this week
Zhao Lijian responded to the British "blocking" Huawei: generalizing the concept of national security harms others and harms themselves
Zhao lijian said the UK's decision to block Huawei under PRESSURE from the US was damaging others and not benefiting itself
Tencent web drama "Beginning" Douban opening score 8.2: the male protagonist's mobile phone has become a highlight!
Samsung's new notebook patent publication: the keyboard is divided into two-quarters after two folds.
AsiaInfo Technology Announces Acquisition of iResearch Consulting to continue to increase digital operations and digital and intelligent transformation
Canon China plans to close some production lines in Zhuhai in response to the zhuhai company's suspension of production
Breakthrough: Chinese scientists have discovered and confirmed the boson exotic metal for the first time
Only 2 decisive headphones Class A Certification of the Ministry of Industry and Information Technology? Perhaps it is misunderstanding
1KW electric energy production 3KW heat Tesla hot pump low temperature hidden dangers were investigated
Behind Microsoft's acquisition of Blizzard: Intended to build a super game carrier, SONY is the most hurt
The most popular news this week
The "Metascope Pioneer" is making a comeback google AR helmet or will be in the world
SpaceX wins $100 million air Force contract to fly Defense Department missions
Apple's 2022 New Year's Eve short film "Comeback" iPhone 13 Pro will turn the countryside into Mars
Can Jay Chou listen free? Look at 15 seconds, listen to 30 minutes song, QQ music internal test free listening song mode
Activision Blizzard employee: It's good that the company is being bought by Microsoft. Maybe it can be saved
The Hang Seng Technology Index is 0.95%: Netease has fallen over 3%, and the quick hand fell over 2%.
China's groundwater resources reserves are identified for the first time: the southern freshwater reserves account for only 5% of the country's total
Microsoft Gaming Executive: Had a friendly call with Sony management
The United States seeks to contain scientific giants Google 2021 year tour spending increased by 13 million yuan
QQ Music ranked third among the world's most popular music platforms