With the arrival of the 5G era, the traffic flow in all industries is increasing, the video industry is particularly outstanding, and the whole Internet flow has been exceeded

However, with the continuous improvement of people's requirements for visual enjoyment, as well as the higher requirements for high-quality video in online education, live game, e-commerce, telemedicine, VR / AR and other industries, cloud service providers, as the underlying technical support, will also face new challenges.

In the new market competition environment, the change of the technology upgrading and business model of the cloud service provider becomes the 5G application

At the meeting, Zongjie shared the keynote speech of "5g era video cloud opens a new voyage". Zongjie said that the current Internet video industry mainly embodies the four characteristics of the transmission network foundation, consumer entertainment oriented, hardware upgrade and rapid scale development. China's 5g has been officially commercialized. According to the white paper on 5g economic and social impact of the Chinese Academy of communications, the direct and indirect output driven by China's 5g will reach 6.3 trillion yuan and 10.6 trillion yuan respectively by 2030. 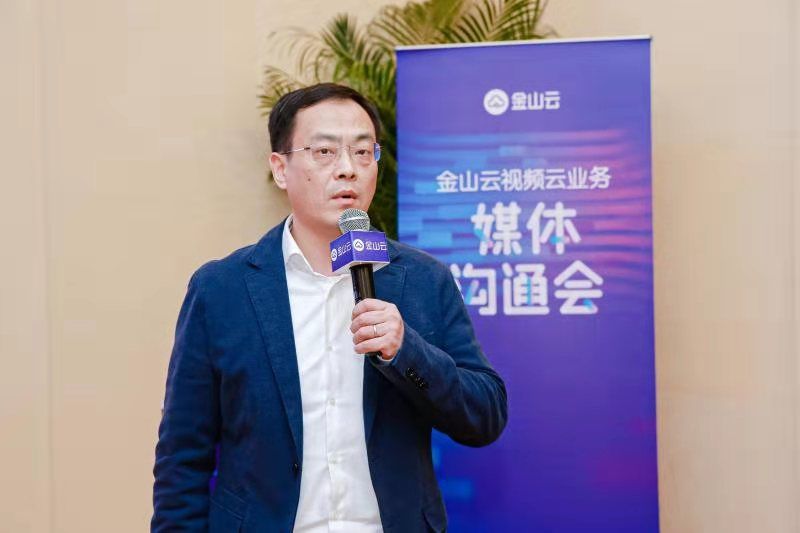 For video applications such as HD video and VR, Jinshan Cloud Cloud Distribution Node is designed with special large capacity. The system architecture level adopts the application of the new generation Cache architecture Dorado, multi-level caching technology and multi-threading technology to improve the performance of concurrency and stability by more than 50%;At the hardware device level, the third generation DMA technology(SSDMemCacheAIO)is adopted, and the special optimization for compiler, storage and network is carried out, and the I/O performance is improved by 400%;At the level of transmission protocol, Jinshan Cloud TCP network is improved by 30%through kernel optimization, and the support of QUIC protocol makes the download speed of weak network obviously.

At the same time, Jinshan cloud realizes the edge calculation of internal services through rapid deployment, gray-scale isolation, resource reuse and accurate statistics, and opens the edge calculation ability to the outside world, providing multiple product forms such as edge host, edge container and edge PAAS.

Then, Sven gave a speech with the theme of "Introduction to cloud edge computing in Jinshan". In the 5g era, with the continuous rise of industrial gateways, instant messaging, cloud games, AR / VR and other applications, the requirements for bandwidth and delay are getting higher and higher, and edge computing is on the rise. In general, edge computing nodes can be deployed in Metro, base station and home, each location has its own advantages. The metropolitan area deployment can cover 200000 people, with a delay of less than 10ms, strong computing power and standardized environment, and the largest capacity and bandwidth scale. Therefore, Jinshan cloud chooses to calculate the kenc on the edge of the metropolitan area layout. 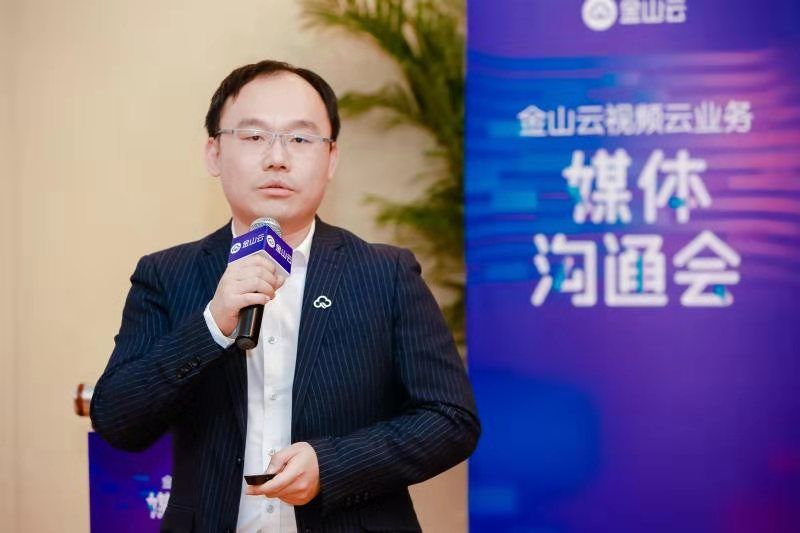 Kenc is a set of container cloud platform running on the edge node of Jinshan cloud CDN. It supports the user-defined container image running on the edge. Relying on the main container cloud platform of CDN network, it provides automatic control node container cloud for large customers and automatic scheduling container cloud for small and medium customers. Through the principle of nearby computing, kenc efficiently distributes computing power to the whole area, so as to provide high-performance and low delay edge computing services. It combines the super processing ability of the cloud with the smooth operation experience of local devices, improves the user's experience, and helps customers explore more feasible business models.

The cloud edge cloud computing, KENC, provides IaaS PaaS resources, solution consulting, and collaborative development to provide customized services to users, Sven said. At present, the cloud edge of Kingsoft is calculated in the large data uploading and API acceleration scene, the uploading speed of the file is increased by 40%, the uploading success rate is increased to 99.5%, and the success rate of the API service inquiry request is increased to 99.9%; in the scene of the same city live broadcast, the friends and the relatives of the same city are allowed to watch the nearby drawing stream, greatly saving the bandwidth of the backbone network and improving the viewing quality; in the cloud game scene, the problems of large space, insufficient client configuration, cross-platform of the game and the like of the game client are solved; and in the two practical scenarios of the IoT, the industrial IoT equipment is extremely easy to be arranged; The household IoT equipment has insufficient hardware capacity due to price subsidies. The two types of IoT devices can move the computing logic to the edge node, the edge node is powerful, the delay is controllable, and the real-time update is achieved. 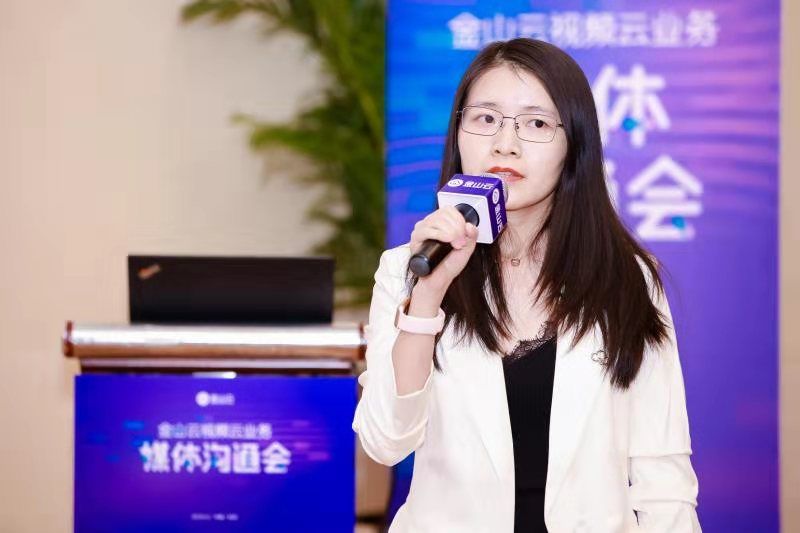 In the practical application case, the AI series products are widely accepted by the user. In June 2019, the image compression service with intelligent high-definition extension is provided for the Xiaomi products, and the image transmission bandwidth of more than 50% can be saved without changing the JPG format; in November, The high-definition H.265 cloud transcoding service is provided for the Xiaomi Mall, and the bandwidth is saved by 56.3% under the condition that the image quality is obviously enhanced; in November, the on-demand and intelligent high-definition H.265 cloud transcoding service is provided for a well-known short video client, and the code rate saved on the basis of restoring the image quality of the UGC is up to 40%; in December, Help an online education client to integrate the streaming service of the live PC end encoder, and the bandwidth saving is up to 41% in the case of the unchanged subjective image quality. 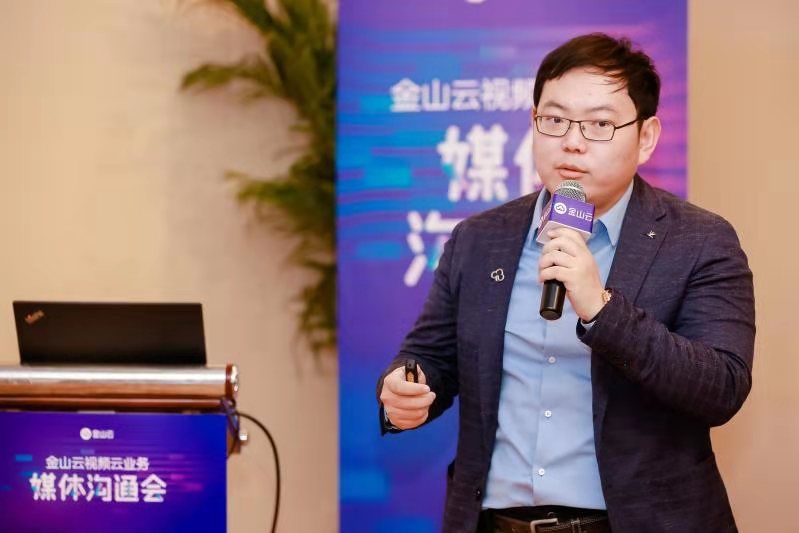 Kav1 customized and optimized the seven scenes and six evaluation indexes, combined with Chi HD video classification and quality classification, and automated decision-making coding optimization parameters. In the game, film, show, variety show, party, monitoring, education and other scenes, neutrality can be greatly improved. Fan Hongfei said that in 2020 kav1 is expected to increase to 30 times faster than svt-av1 in slow speed. AV1 combined with smart HD is expected to achieve 85% code rate savings when subjective video is superior to original video.

In the end, Chen haibiao shared several major events of major customers such as CCTV, the escort of Jinshan video cloud. 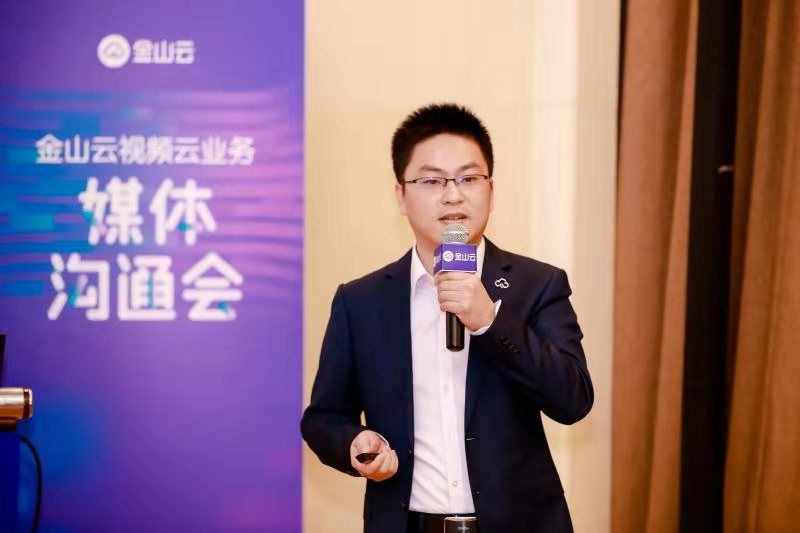 One is the case of flexible service. On the evening of August 18,

Second, the case of high concurrent processing capacity, jinshanyun participated in CCTV Spring Festival Gala, National Day military parade and World Cup re insurance activities. In the National Day military review project, the peak bandwidth of single event history is 30 TBPs, and the maximum number of concurrent users reaches 12 million. Through the new generation of self-developed cache system and hierarchical cache technology, Jinshan cloud has explored the hardware potential and improved the service ability by 50%; at the same time, with edge data statistics, it has expanded the data processing ability horizontally to ensure real-time data feedback.

Through the integration of monitoring, alarm, operation, operation and maintenance, big data, AI analysis, and automation strategy formulation, an automatic full link system guarantee is formed to effectively cope with the peak traffic and ensure the smooth operation of the National Day parade live broadcast. From the beginning of data collection, to the establishment of the front field security and rear duty arrangement of the heavy security virtual team, to the process sorting of key emergency plans, to the routine, reporting and fault emergency drills, to the peak processing during the National Day activities, Jinshan cloud has a mature heavy security mechanism plan and service system. In addition to the gold service guarantee for major events, jinshanyun is more able to provide daily services for customers.

At present, Kingsoft video cloud has served all customers of video industry TOP20, more than 80% of well-known live and short video APP, and has been widely recognized by the industry.

Related news
How much is Google Cloud worth?
Jinshan Video Cloud AI Edge Computing double acceleration, pilot 5G Ultra High definition era
Microsoft launches azure edge zones private preview for 5g edge computing
Qualcomm cloud AI 100 platform begins to sample: 75W realizes 400tops computing power
Microsoft removed fake extensions from the edge extension store that could lead to malicious code injection
Samsung Galaxy S21 ultra 5g defines a new epoch-making intelligent experience
Hot news this week
Lu Jian, president of linkedin China, responded to rumors of the "closure of linkedin China" by saying that the company will increase its investment in China even if it does not reduce it
Samsung Motor announces end to flexible printed circuit board RFPCB business Without affecting iPhone production
I can't play! The official solution to the bug in Chinese Paladin vii was provided
The video asked Net-a-Lago to apologize
On New Year's Eve, a trio on a business trip will celebrate the lunar New Year in space: a first for the Chinese
The United States exposes the higher civilization of the universe: human beings are inferior to good ones
Rolls-Royce China SAO operation caused dissatisfaction wang Sicong message not to buy: official apology
Bytes beat 9 billion yuan to acquire VR companies, then invest the chip, or to accelerate the layout "Yuan Universe"
Xiaomi appointed Li Xiao Shuang as a vice president of Xiaomi Motor, CFO Lin Shiwei, and the CEO of Stars
Xiaomi intelligent clean ecological chain enterprises to pursue technology to complete 3.6 billion yuan C round financing
The most popular news this week
Tesla Q3 earnings reading: Record net profit on revenue Pressure on new Chinese cars is coming
Microsoft CEO NADELLA is most concerned about three things: ubiquitous computing, AI big model and virtual online
Nearly 80% of teenagers in Taiwan think cyber bullying is a serious problem, according to a survey
What opportunities and challenges brought to the financial industry?
Jia Yueting is paying back the money again! Faraday's future former employees in China receive a pay rise
The storage chip faucet is 119 times the first three seasons, the chairman reporter is born, "cattle scattered" did not lose the position.
The liabilities are still 95 billion Jue Ting pays, and FF China's front employee will collect salary and consistent with the in-service.
Wechat iOS version 8.0.16 release: Voice call interface will display the other party's circle of friends only after clicking
Interbrand world has a top 100: Apple, Amazon, Microsoft, Google, Samsung
Facebook is changing its name next week: But Mark Zuckerberg hasn't decided yet