In the first half of this year, the new works "apex hero", "Wolf: the shadow has gone twice" and "Total War: Three Kingdoms" have gained good popularity and public praise after their release. However, the second half of the year's release, no matter in Europe and the United States or the old golden sequel, is difficult to arouse the enthusiasm of the players. "Ghost action: breakpoint" The successive sales of shooting games such as "whole territory blockade", "destroyer: Eternity", "Sniper: Ghost soldier contract" and "war machine 5" can't help players to feel tired, formulaic strategies and homogenized game types, lack of creativity and rich themes, which makes the major works sold in the second half of the year more and more difficult to meet the needs of players. So the top 10 of steam's list for a long time is still the classic games we are familiar with.

Will several 3A masterpieces to be released in 2020 set off a new wave to gain the reputation of players, or will they become the top of the list of black horse games? Today, I'd like to take stock of the next four most anticipated 3A masterpieces in 2020:

As a child, the text reads: 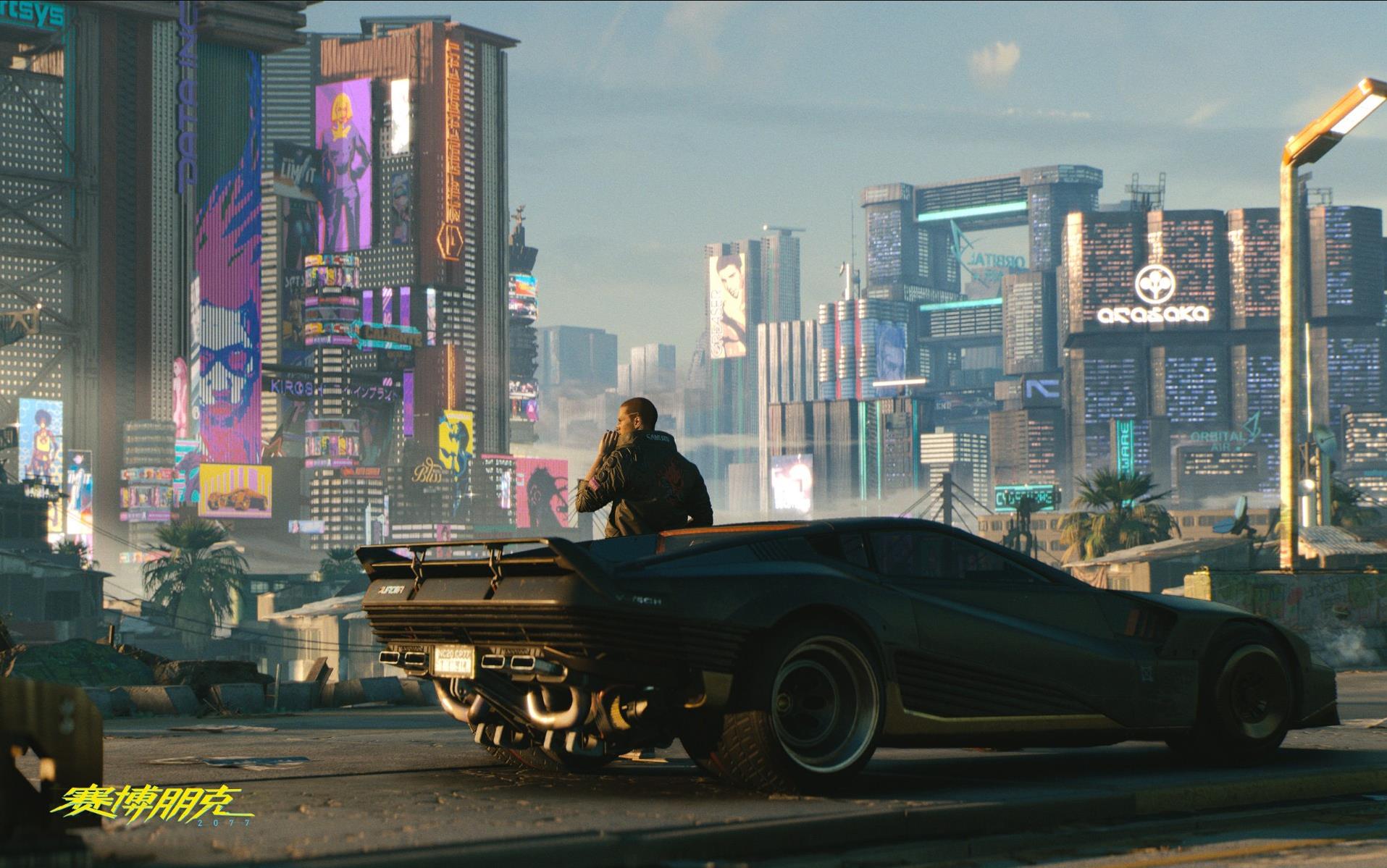 Watchdog: Legion is expected to go on sale in March 2020

Three years have passed since the release of watchdog 2, and the delayed release of watchdog: Legion has also caught the players' appetite. The game is set in London, UK. It will increase the hacker system and focus more on the use of small guns and props, rather than imitating its weapons in the open world game. Watchdog 3 will also allow players to choose a character's gender and customize the character's appearance to some extent, but changing the gender and appearance will not affect the story of the game. In addition to cool pictures and unique themes, the play of the game is the focus of this publicity. 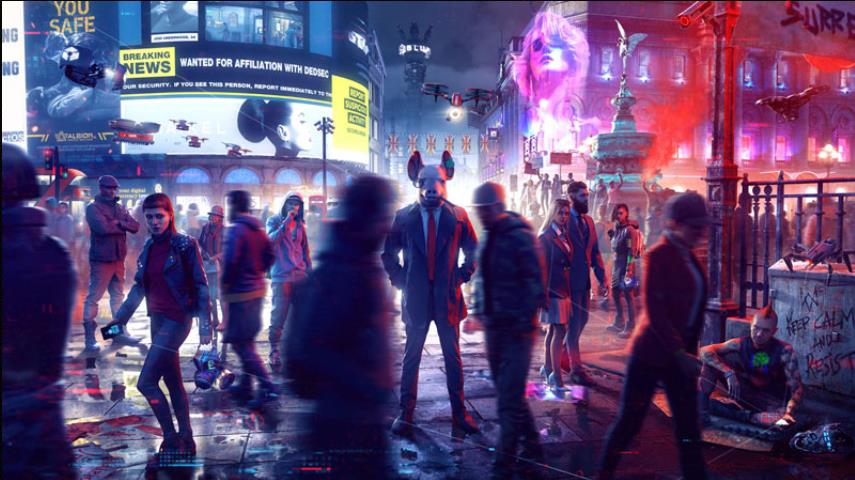 Fading light 2 is expected to be released in April 2020

As a sequel to the phenomenal open world game "the lost light", the lost light 2 will bring a special ending experience in the modern dark era. Players need to use Parkour ability and strong fighting skills to survive in the dark and make choices between morality and instinct, so as to transform the city and determine its final fate. According to the official disclosure, "lost light 2" is currently under production, and the game will have a larger open world, which is four times the size of the map of "lost light". Moreover, the PC version supports ray tracing and DLSS technology, and the requirements for computer configuration are relatively higher.

"Halo: infinite" is expected to go on sale in 2020, with unknown time 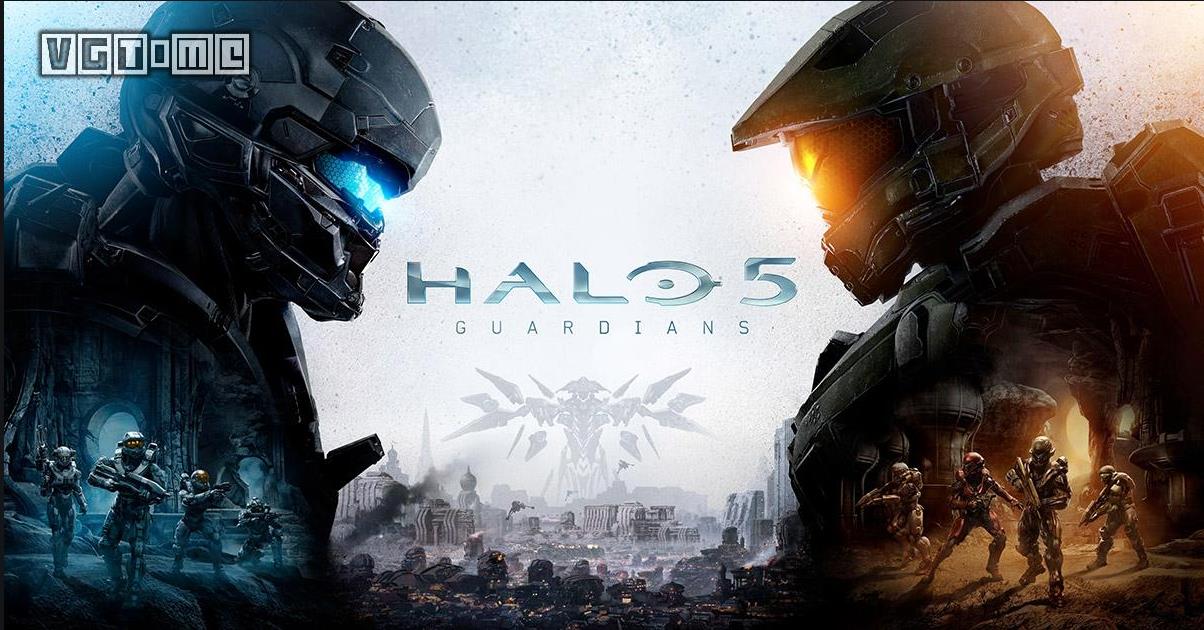 At present, there is no news about the plot of Halo: infinite, but 343 industries said that the development team is building a new engine for the new work. Since we want to start from the engine stage, it means that this work is far away from the listing date. However, this is not unexpected. Rumors of the next generation of Xbox have been raging, and it is said that Microsoft will release the exact information in 2019. Combined with these factors, "Halo: Infinity" will be very worthy of expectation. 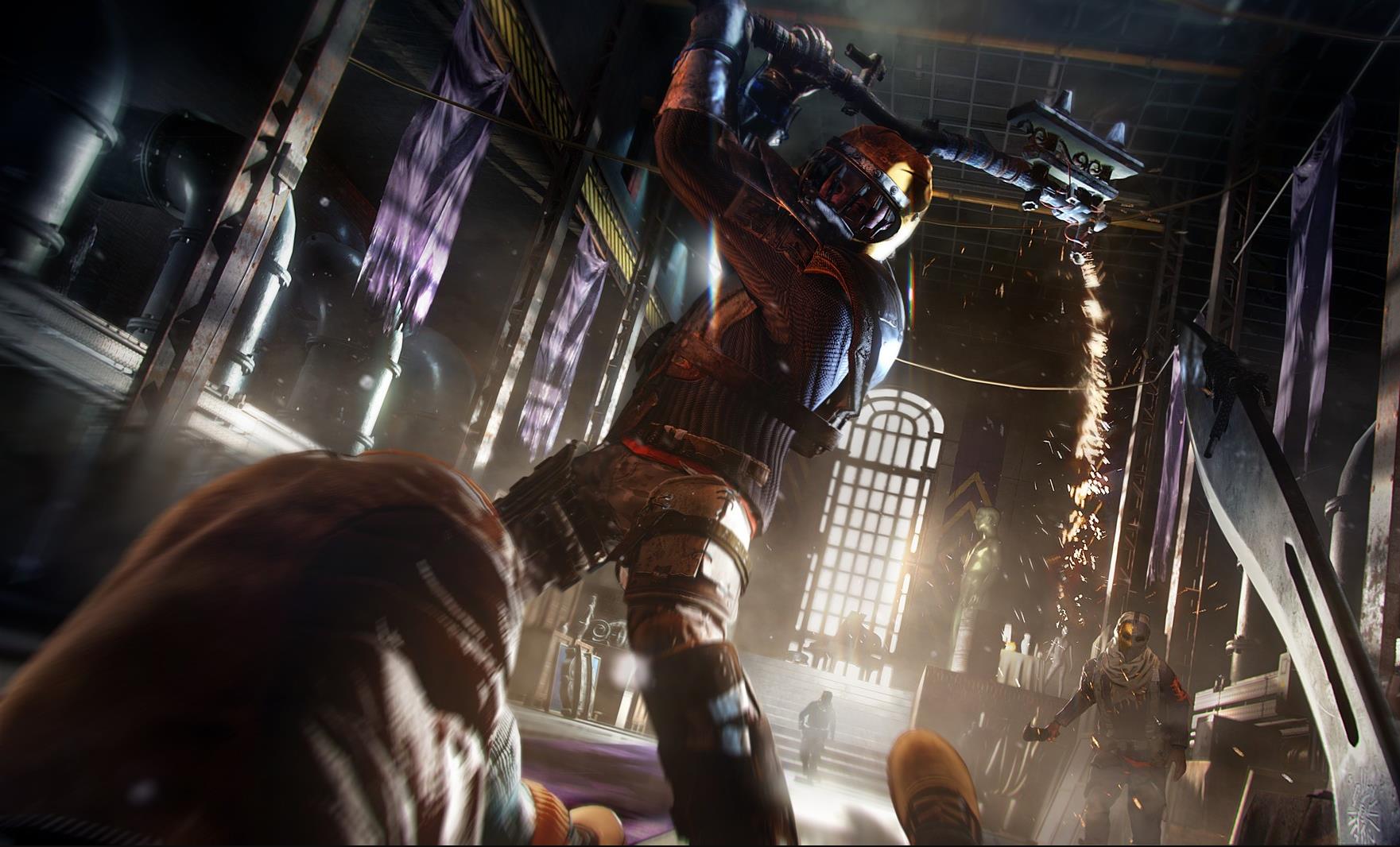 Of course, the 3A that has been released in 2020 is no less than this, but it can be seen that adding ray tracing to 3A for sale in the future will be a new trend, and the equipment upgrade war will begin again at the end of the year. 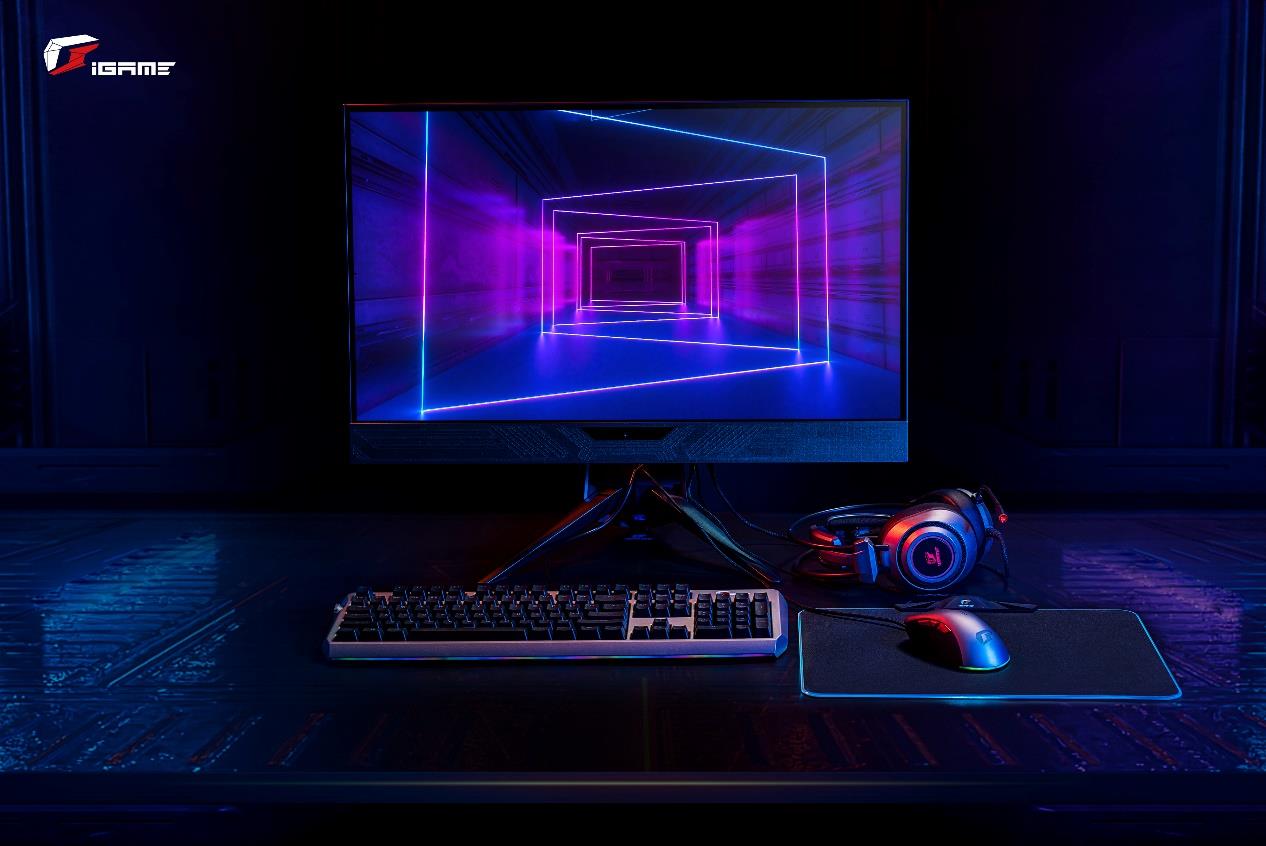 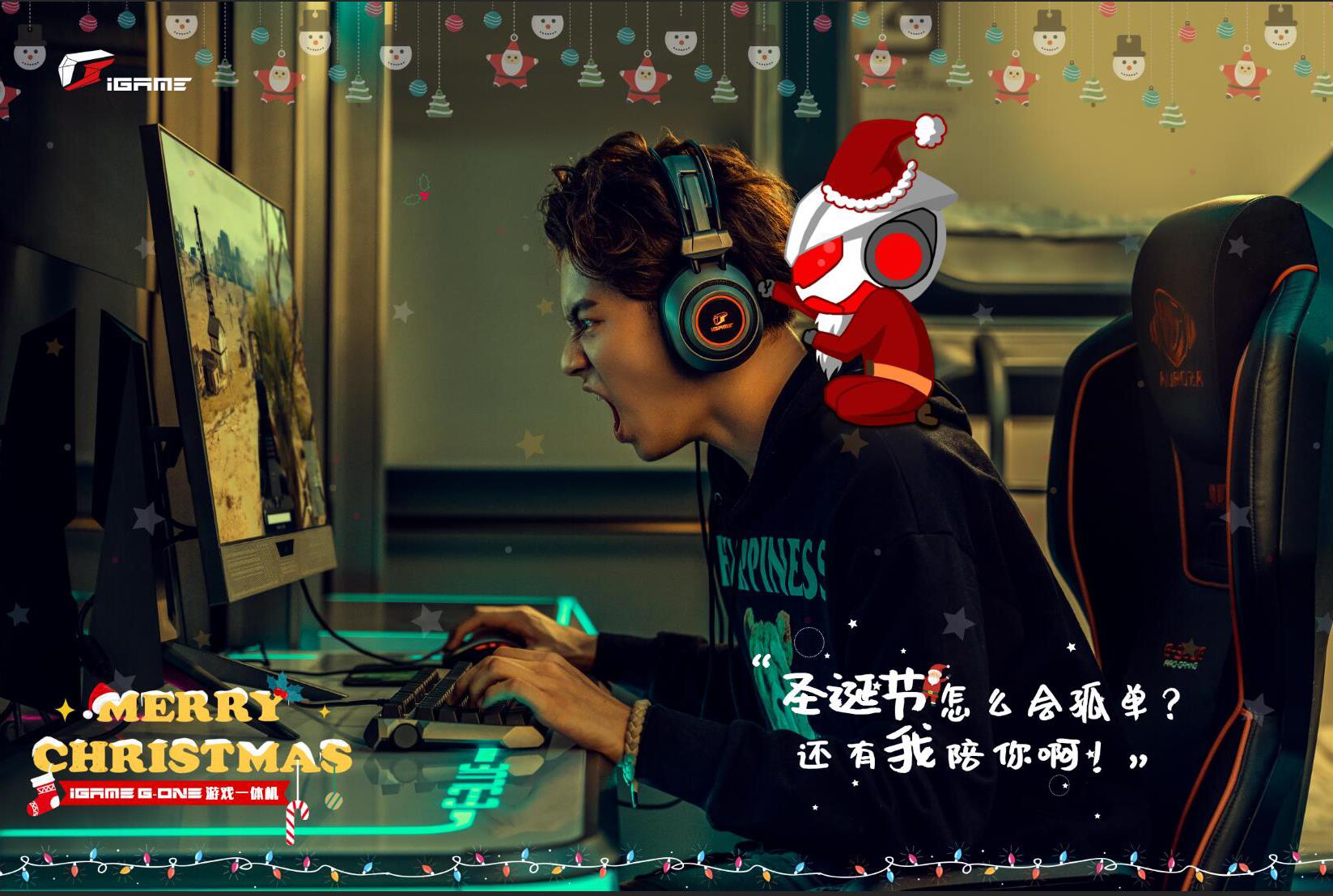 This Christmas is coming. From now on to December 31, the official flagship store of seven rainbows in Jingdong will launch a preferential activity (applicable to all products of g-one) that will reduce 1000 yuan if it purchases 10000 yuan of all-in-one game machine. In the coming 2020, although there is no flying car, but we ushered in an integrated game computer without a host. It's better to experience the game pleasure brought by a new form of game equipment in the New Year!

Related news
New standard igame g-one game all in one for E-sports Hotel
Igame g-one won 2019 Golden Point Design Award
No more games? Igame geforce hardware solution
Igame g-one game all in one Christmas special to meet the new "machine" in 2020
Build minecraft "Christmas Town" with igame RTX game equipment
Want to experience igame game gear? Bengbu igame E-sports Club upgrade
Dormitory Open Black weapon game all in one machine limited time reduced 24 periods interest free
Ubisoft opens the double eleven to promote the igame hardware synchronization benefits
Game to promote the use of igame RTX 30 series graphics card to play a good time
Local motherboard hope star! Seven rainbow igome z590 Vulcan x V20 evaluation: BIOS progress is obvious, looking forward to the follow-up
Hot news this week
With the NIL technology, Canon wants to provide China with a lithography machine comparable to the EUV
Genius hacker Geohot promised Musk 12 weeks to fix Twitter search, but posted for help because he wouldn't react
Google's parent company is planning to cut tens of thousands of jobs
The Long March 9 is basically confirmed: the low-orbit carrying capacity of 150 tons can carry the entire space station into space
A small plane in the US has crashed into a 30-metre high voltage power line and got stuck: 80,000 people affected
Alibaba launched a new cross-border e-commerce platform in Spain, aiming to operate independently in the middle and high-end market
Google is concerned that Microsoft's acquisition of Activision Blizzard will affect the ChromeOS experience
Can recording others' wechat chat records be used as evidence? The Beijing Internet Court has an answer
The second generation Snapdragon 8 flagship! Mi 13 toughened film appeared: four sides and other narrow screen accounted for a stable ratio
A Tesla crashed into two cars in Taizhou, Zhejiang province, killing two and injuring one, police said
The most popular news this week
Eggs don't fit in one basket: Some of the Snapdragon 8 Gen2 is manufactured by Samsung
128 core 256 threads! AMD Zen4c is here: Arm is cornered
Breaking the spell of "Android 3 year must card", the new Breguet mobile phone will be sold for the first time tomorrow: from RMB3499
Be careful with your phone for a long time! The aunt played with her mobile phone so much that her fingers got stuck
More conscientious than Google, the OnePlus promises a 4-year upgrade: Android 17 beckons
What do Chinese teenagers do online? It's comforting to be third and first in gaming
Tmall sought 500 million yuan in loans from ofo affiliates and Dai Wei
Tencent Holdings: bought back 36,200 shares at a total cost of HK $10.606 million
Tuniu's third-quarter revenue fell 32% from a year earlier to 7,790 yuan
Xiaomi 13 press conference new product summary: In addition to the phone there is a monster new