Behind the rapid outbreak of the 5G smartphone market and the accelerated decline in costs, it is between 5G mobile phone chip manufacturers.

With the issuance of 5G commercial license by China's Ministry of Industry and Information Technology on June 6, 2019, the commercialization of 5G in China has been accelerated. In the face of major opportunities, the 5G chip competition of these five 5G mobile phone chip manufacturers has been accelerated and smoky at one time.

On September 6, Huawei officially unveiled the world's first 5G SoC integrated with 5G baseband at the IFA Show in Germany. 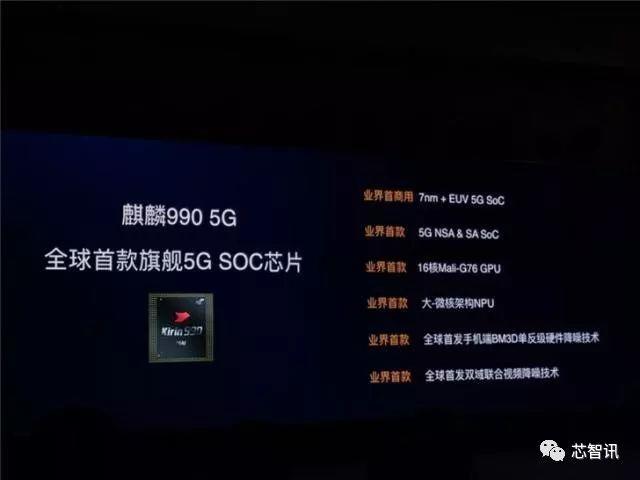 Two weeks later, Huawei held a new product launch in Germany, officially releasing the long-awaited mate 30 series flagship mobile phone. Among them, mate 305g and mate 30pro 5g are both equipped with Kirin 9905g chip (sold on November 1 from the price of 4999 yuan by the Bank of China), which is the first to realize the commercial use of 5g SOC.

Although Qualcomm launched Snapdragon X50 baseband for a long time, many manufacturers have also launched many 5G phones based on Cellong 855 plus X50 baseband this year, but Cellong X50 baseband is not downwardly compatible with 2, 3 and 4G networks, and only supports NSA 5G networking. According to the requirements of China Mobile, 5G phones that only support NSA will no longer be allowed to enter the network from January 1, 2020. This also means that Snapdragon X 50 is just a transitional product.

In response, Qualcomm soon launched a dual-mode snapdragon x55 baseband that supports NSA / SA at the same time. It can support sub-6ghz / millimeter wave band, DSS (dynamic spectrum sharing), carrier aggregation, with a downlink peak rate of 7.5gbps and an uplink peak rate of 3gbps. At the same time, the snapdragon x55 is also downward compatible with the 2 / 3 / 4G network. 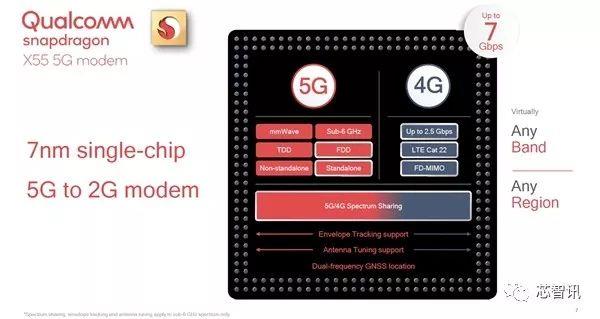 But earlier this month, Qualcomm 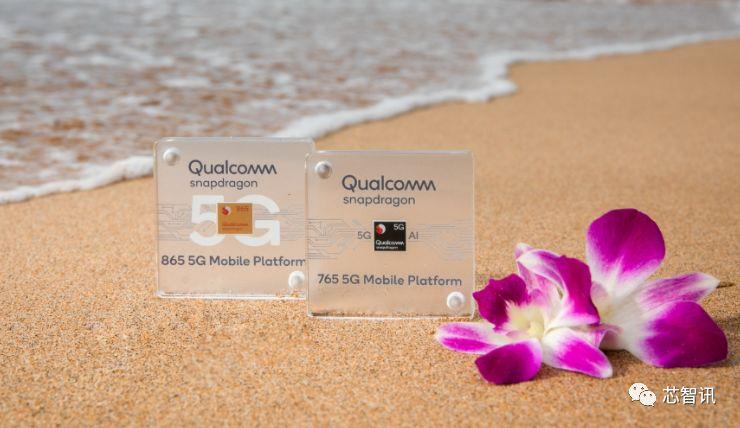 On December 10, Xiaomi's redmi launched the k305g version with Xiaolong 765G, and for the first time, it pulled the price of 5g dual-mode mobile phone to within 2000 yuan.

It is worth noting that China Mobile requires that the 5g frequency band of mobile phones entering the mobile network next year must support n41, N78 and N79, while the few frequency bands supported may lead to the problem of signal instability or even the lack of 5g signal search when users use 5g. This also makes the redmi K30 5g version encounter some controversy after its launch.

However, it is also reported that at present, China Mobile has only opened n41 band. In the next two years, n41 band will be the main band (China Telecom and China Unicom are mainly n87 band, which is also the commonly used frequency band in the world). However, China Mobile will definitely go on N79 band, so if it can support N79 band at the same time, it will be better.

On August 15, 2018, Samsung released its first 5G baseband chip through its official website.

It should be noted that only NSA 5G single modules were supported when, Exynos Modem 5100 was released. However, on September 4, Samsung unveiled the first 5G SoC integrated with 5G baseband ahead of the official launch of Huawei's Kirin 9905G. 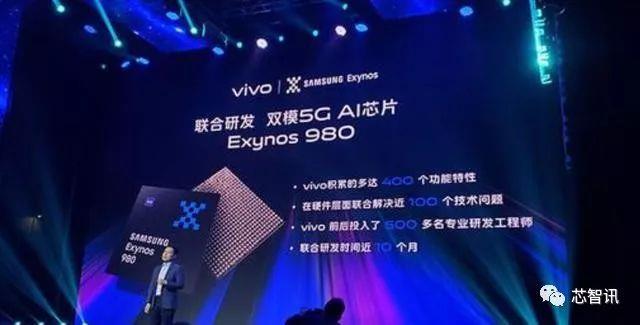 On December 16, a new 5g mobile phone - vivo x30 conference was held in Guilin, and the 5g version of vivo x30 series with exynos 980 was officially released, priced from 3298 yuan. 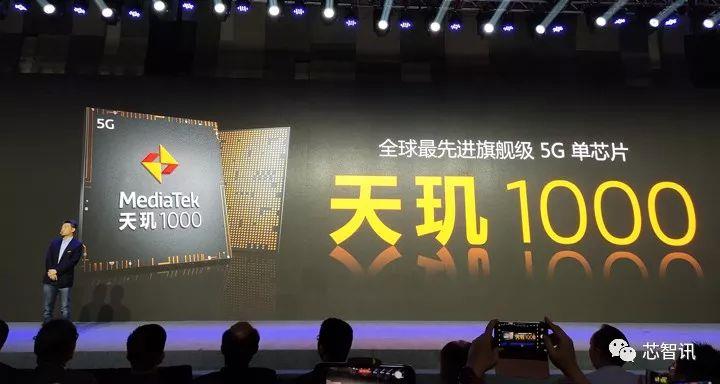 On December 26, oppo held a new product conference in Hangzhou and officially released the oppo Reno 3 series. Among them, oppo Reno 3 Pro with Qualcomm snapdragon 765G is priced at 3999 yuan, while the first one with Lianfa Tianji 1000L is priced at 3399 yuan.

It should be noted that compared with Tianji 1000, Tianji 1000L is a subtraction version, mainly because the main frequency of the large core is reduced to 2.2GHz, and the number of G77 GPU cores is also reduced from 9 to 7.

On the day before the release of oppo Reno 3, MediaTek also held a media communication meeting in Beijing, reiterating that after nearly a month, after the release of Qualcomm snapdragon 865 / 765 series, Tianji 1000 has maintained its leading position in many aspects.

Dr. Li Yanqu, Associate Director of the Wireless Communications Division of MediaTek, stressed that Tianji 1000 is the first 5G SoC, in the world that integrates 5G baseband and WiFi6, and the first 5G SoC. in the world that supports 5G 5G dual cards and dual standby. Thanks to the addition of dual carrier aggregation technology, Tianji 1000 can reach 4.7 Gbpss downlink peak rate and 2.5Gbpss uplink peak rate under Sub-6GHz network, which is the fastest 5G SoC. under Sub 6GHz. At the same time, Tianji 1000 5G baseband is also the most power-saving 5G baseband. In addition, Tianji 1000 also uses Arm's latest A77 and G77 kernels, which also reaches the flagship level in performance, and Tiangui 1000's AI kernel architecture is also extremely leading, still ranking first in the AI benchmark rankings.

In addition, Li Yanji also said that the RF Alliance (qorvo, skyworks, Murata) of MediaTek fully supports the N1, n41, N78 and N79 frequency bands. In contrast, Qualcomm uses a closed system, and the snapdragon 765 series does not support the N79 and N1 bands. 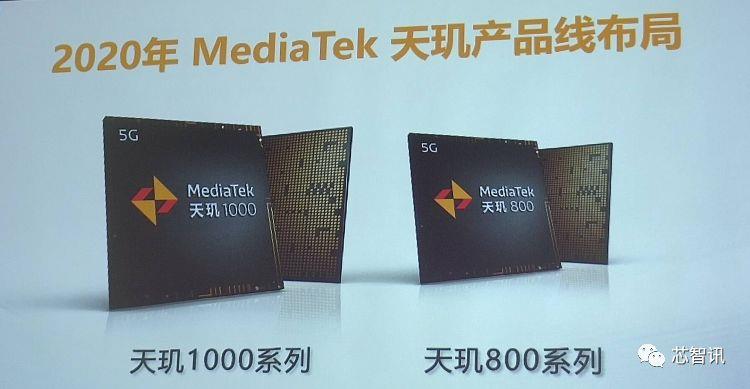 In addition, in order to compete for the mid market, MediaTek is also about to launch the Tianji 800 series, and it is expected that there will be relevant mobile phone products on the market in the second quarter of next year.

At the same time that Huawei, Qualcomm, Samsung and MediaTek accelerate the promotion of commercial use, the 5g prototype equipped with zhanruichunteng 510 has also passed the comprehensive verification of thal Laboratory of China Academy of communications and entered the commercial use state in a low-key way. 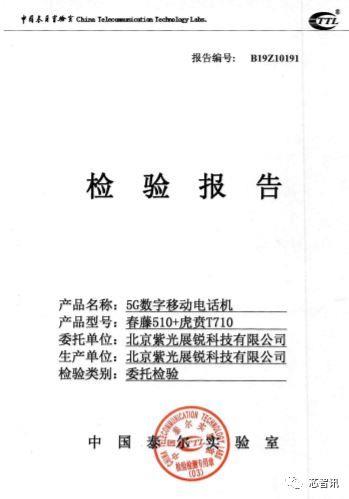 Ivy 510 is zhanrui's first 5g baseband chip launched at MWC in February this year. Based on TSMC's 12NM process technology, it supports SA and NSA dual-mode, band 78, band 79 and band 41 three mainstream 5g frequency bands, while supporting downward compatibility with 2 / 3 / 4G network. However, Zhan Rui didn't disclose the theoretical peak rate of the Ivy 510. However, according to the data measured by China Academy of information and communication for Ivy 510, its downward peak speed is 1.6gbps. However, at present, the chip is still in the process of debugging, and this data may have room for further improvement. 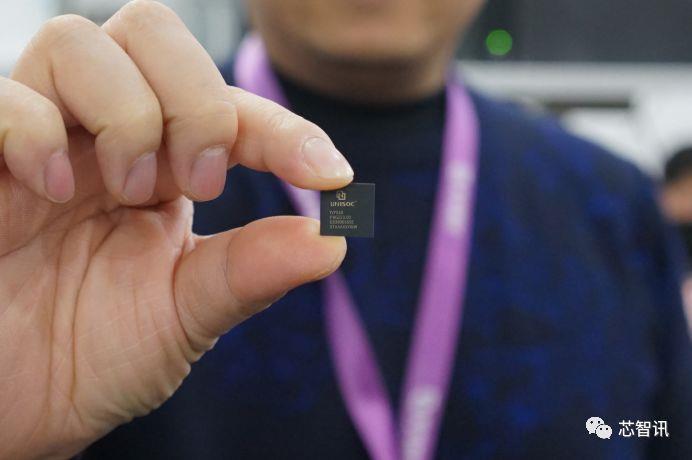 As zhanrui 5g chip enters the commercial state, it will undoubtedly make the choice of intelligent terminal manufacturers more diversified, promote the real popularity of 5g mobile phones, more conducive to promoting the application of 5g in a wider range and more fields, and promote the deep integration of more levels of industry.

In addition, zhanrui has previously disclosed that it will launch 5g SOC chip based on 7Nm process with stronger performance in 2020.

In addition, at present, only 5g chips of Qualcomm, Huawei and Samsung support millimeter wave band, while 5g chips of MediaTek and zhanrui do not. However, according to the data shared by Dr. Li Yanji, associate director of the wireless communication business department of MediaTek yesterday, only three of the 56 operators that have launched 5g networks in the world have millimeter wave networks, and the three also have sub-6ghz networks. Obviously, from the current point of view, whether 5g mobile phone supports millimeter wave has little impact.

Judging from the 5G commercial progress of Huawei, Qualcomm, Samsung, Lianfa and Xianrui, Qualcomm is undoubtedly the first to enter 5G commercial in the world, but it is realized through the form of X505G baseband, and does not support SA network. Similarly, Samsung and Huawei followed with the launch of their own 5G baseband 5G phones. Huawei is undoubtedly the leading player in the commercial progress of the 5G SoC, which launched the Mate 305G version of the Kirin 9905G phone last month. Qualcomm, Samsung and MediaTek's 5G SoC, on the other hand, landed on the mobile phone in the last month of 2019. In addition, although the progress of Zhanrui in 5G commercial is a little slow, it has also realized the commercial state of Ivy 510 5G prototype by the end of the year. And the show has revealed that it will launch 7nm's 5G SoC, next year.

In any case, we can foresee that 5g will really enter the stage of large-scale commercial use next year, and the mobile phone market will undoubtedly remain the focus of competition among 5g chip manufacturers, which is also expected to accelerate the decline of 5g mobile phone prices, so as to promote the popularity of 5g mobile phones. 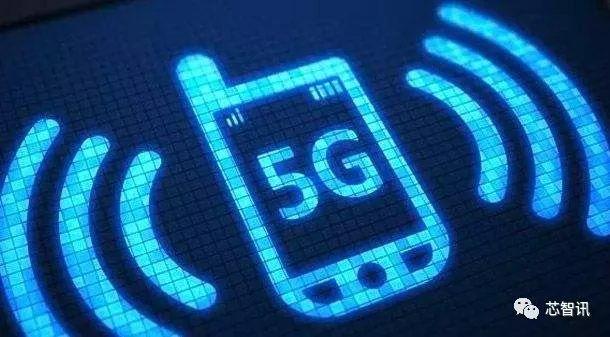 Related news
5-(5-G) chip
Lenovo all in 5g clear all 4G mobile phones in half a year
Jingdong offline store banner battle arouses attention netizen: banner pulled out CP feeling!
Hot news this week
Zhao Lijian responded to the British "blocking" Huawei: generalizing the concept of national security harms others and harms themselves
Zhao lijian said the UK's decision to block Huawei under PRESSURE from the US was damaging others and not benefiting itself
ByteDance invested in Sequencing Technology, which is an AI industrial SaaS software service provider
It's hard to escape the monopoly sanctions American court dismissed Facebook against FTC counterattack
Former search president of Baidu xiang Hailong joins Transsion The company that sells mobile phones wants to do more Internet
Involving the "three crimes" such as the misappropriation of loan funds, the Shaoxing branch of Guangfa Bank was fined 1.1 million yuan
Foxconn announced that it had resumed production in India: only 120 workers had been brought back to work for the first batch
AsiaInfo Technology Announces Acquisition of iResearch Consulting to continue to increase digital operations and digital and intelligent transformation
30-year veteran Gregory Bryant says goodbye to Intel
After the suspension storm, Amazon's Chinese sellers increased by double digits, and sales exceeded $50 million.
The most popular news this week
Airlines cancel US flights: Reason for frustration
The pinnacle of Xiaomi industrial design! Xiaomi god machine price reduction: from 2499 yuan
Scissor doors, lifting lidar! Baidu car under the blood cost of the concept car details were first exposed
Premium 45.3% Microsoft Guarantened 68.7 billion US dollars to acquire moving flights PK Faces compete for content production faucet
Phil Spencer, CEO of Microsoft's Gaming Business: Welcome to Activision Blizzard to the Microsoft gaming family
Microsoft announces acquisition of Activision Blizzard on hot search! Netizens sighed: 400 billion cash transactions
Half a billion! Pay treasure collect five blessing to come: exceed 50 thousand people collect qi have you
Snapdragon 888 Plus Is the King of Sex! The best selling mobile phones at the 2000 price point were announced
Microsoft 68.7 billion US dollars acquired moving Blizzard: will become the third big game company in the world!
Apple releases AirPods 3 firmware: Version 4C170