Previously, anyone interested in joining the windows 10 insider test program would need to prepare a Windows 10 PC and a Microsoft account.However, through a script provided on GitHub, non Microsoft account users can also participate in the windows 10 insider test project.Thanks to the clever developers, the crackdown produced a command-line script called "offline insider enroll". (2) Visit GitHub to download the latest scripts for the current system. You can retrieve the scripts and readme files by extracting the archive;

(3) Go to the folder where the script is located, right-click and select "run script in administrator mode";

(4) After executing the script, please select the windows insider test channel you want to join; 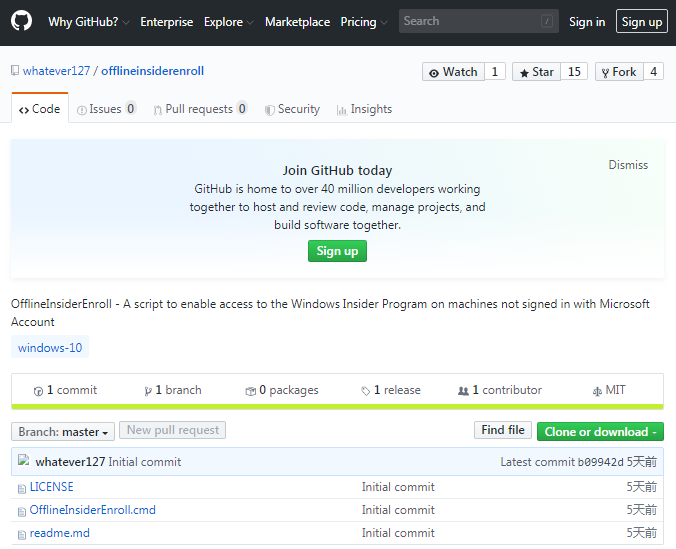 If you choose not to install some vulnerability patches, this script can prevent download of the new preview version:

After restarting the system, the script will re modify the registry key to restore the non insider test state.