Recently, Huawei officially released soundx, the world's first shock dual bass hifi smart speaker, at the full scene new product conference. Huawei's high-end flagship speaker, which was born with its own Tivoli aura, not only recommended by Huawei's top microblog before its release, but also welcomed the platform of CEO of the cooperative brand Tivoli.

There is an important player in the field of smart sound, with nearly 100 million units shipped every year. 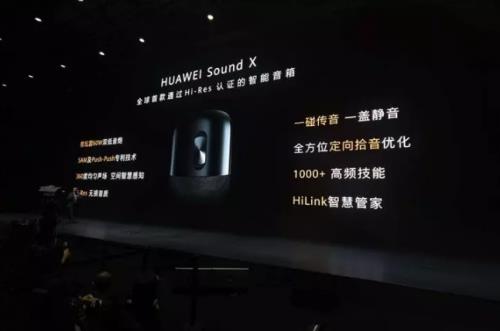 1. It's a smart device, but also a music device

Strategy analytics estimates that about 60 million families around the world currently have at least one smart speaker. By 2024 and 2025, the global smart speaker market will reach 30 billion and 40 billion US dollars.

Smart audio has always been regarded as the entrance of family interaction, to maximize the realization of human-computer interaction and interaction in the family scene, and then collect more user behavior data, optimize the algorithm, anti consumer.

The major Internet enterprises have been launched along the above path.

However, after several years of market education and price war, the market growth rate has gradually slowed down, and consumers tend to be rational.

The trend of growth slowdown appears after the explosive growth of smart sound in 2018.

Curiosity is limited, especially when people find that there are not many new things to do in front of them.

In other words, more and more individuals and families have bought smart speakers, but perhaps these smart speakers are not expensive, and they are just accumulating dust at home.

But there will always be opportunities in the consumer market. The key is to find the pain points of consumers accurately.

Huawei is the first to launch the sound quality competition hifi smart sound soundx, which is obviously aimed at the early layout of smart sound. 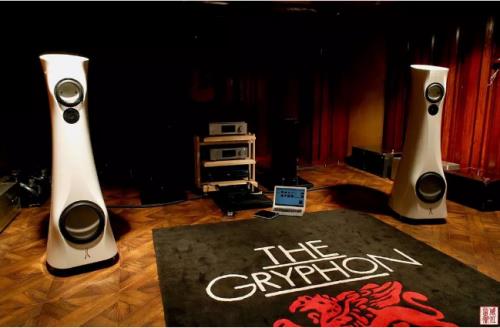 2. Hand in hand with Tivare,Huawei is greater than 2

In fact, for consumers, the brand of audio equipment is a guarantee of sound quality.

According to Qualcomm's report, brand loyalty is the most important factor influencing consumers' purchase decisions for all audio devices, with 61% of consumers ranking first among the important factors they pay attention to when purchasing the next audio and home theater system. 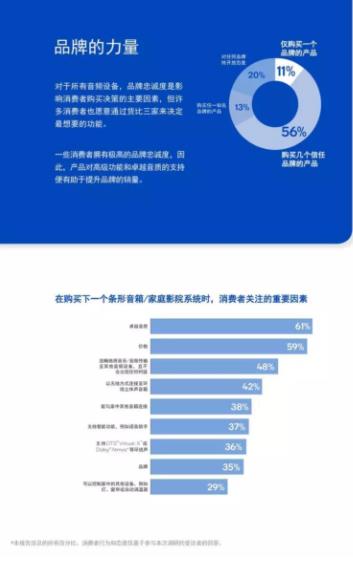 Therefore, when a smart sound can not only meet the needs of consumers for sound quality, but also improve the experience through artificial intelligence and other technologies, it is difficult for consumers not to be moved.

Soundx is such a product.

Speaking of SoundX's other partner.

Because of the expensive price tag, the cheapest of Tivare's products is 8999, and the most expensive dual-channel amplifier is more than 200,000, with the most classic-looking exploding eggs 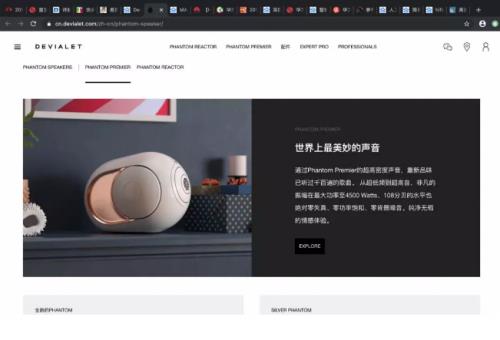 With such a partner, the sound quality consumers care about is absolutely guaranteed.

No wonder, Yu Chengdong, CEO of Huawei's consumer business, said in a media interview at the conference that the cooperation between Huawei's smart speakers and Tivoli is the same as that between Huawei's mobile phones and Leica, with the same level, and the sales volume in China will surely surpass that of Apple's homepod.

Soundx product adopts cylinder shape, uses high magnetic neodymium iron boron rare earth material, custom-made dual bass loudspeaker with total power up to 60W, adopts Sam bass enhancement technology, accurately and real-time processing audio signal according to the characteristics of the loudspeaker, guarantees the speaker to work continuously with high fidelity and high power, and reproduces the original sound of the studio. The bass can dive to 40 Hz, which can make the audience feel the bass shock. The vibration amplitude of the diaphragm is up to 20 mm, which impacts the audio-visual senses. 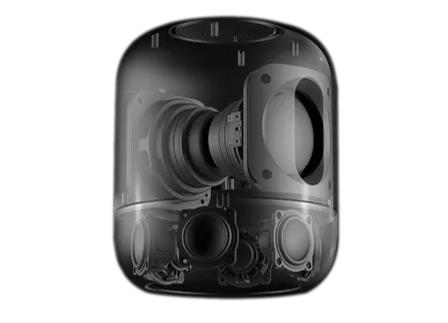 The push push symmetrical structure design is very suitable for small volume and high-power speakers. Its two horns can offset the back wave mutually, avoiding the noise caused by the resonance of the box due to too large power, and ensuring the stability of the box under high power.

With the support of Sam technology and push-push structure, Huawei soundx has both high fidelity and stable noise-free, and has made a breakthrough in improving the sound quality of smart speakers.

Taking flatness as an example, the gain flatness of, HUAWEISound X is basically the same as that of mainstream products at the same price, and it is obviously superior to BoseRevolve.

Uncle Ni used to experience Tiwari in a friend's office

The sound quality is excellent, obviously not enough.

Friends who have a certain understanding of audio equipment must know that in addition to hifi itself, the accessories of hifi (such as audio cable, audio equipment), as well as the layout and location of hifi will affect the final sound quality.

Even if it is the same set of sound equipment, its effect will vary greatly depending on the size of the room used to play the sound. 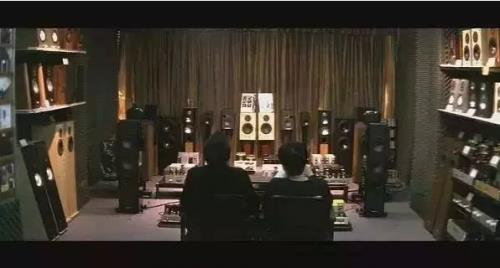 Andy Lau and Tony Leung listened over and over again

One of the advantages of wireless Bluetooth audio is that it can be moved, but it is not an advantage but an obstacle to enjoy the perfect sound quality. Because in different scenes, the distance between the user and the sound is different, and the space environment where the sound is located is different, the sound will be heard differently.

Therefore, in addition to the Sam and push push symmetrical structure mentioned above, Huawei has its own acoustic algorithm, which is simply the virtual bass technology and frequency compensation technology. The former uses the psychoacoustic model to enhance the high-order harmonic corresponding to the low-frequency signal, so that when the speaker puts back the bass, it will give the user a more powerful and thick sense of hearing; the latter corrects the frequency response and equalizes it Balance the sound quality and make the sound more natural.

The two patented technologies cooperate with acoustic algorithms to improve the sound quality of SoundX in an all-round way, and break through traditional home theaters.

For example, when the speaker is placed in the center of the house, six 8W full frequency units are symmetrically and evenly distributed at an angle of 60 degrees. With the special sound effect algorithm developed by Huawei, a 360 degree uniform sound field is created. No matter where you enjoy the music, the clear and flowing sound will surround your ears. The high frequency can be extended to 40 kHz, which makes the high frequency details heard by human ears more abundant. 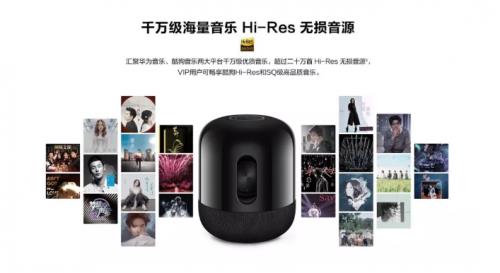 As the main carrier of voice interaction,

Soundx is clearly ahead in this matter.