"Amid evil" push RTX update! Ray tracing is in full bloom: 22 games have been supported

At present, the RTX support of the game is still in the test stage. You need to enter the password amidrtx12345 in the game properties of steam to get the update push. 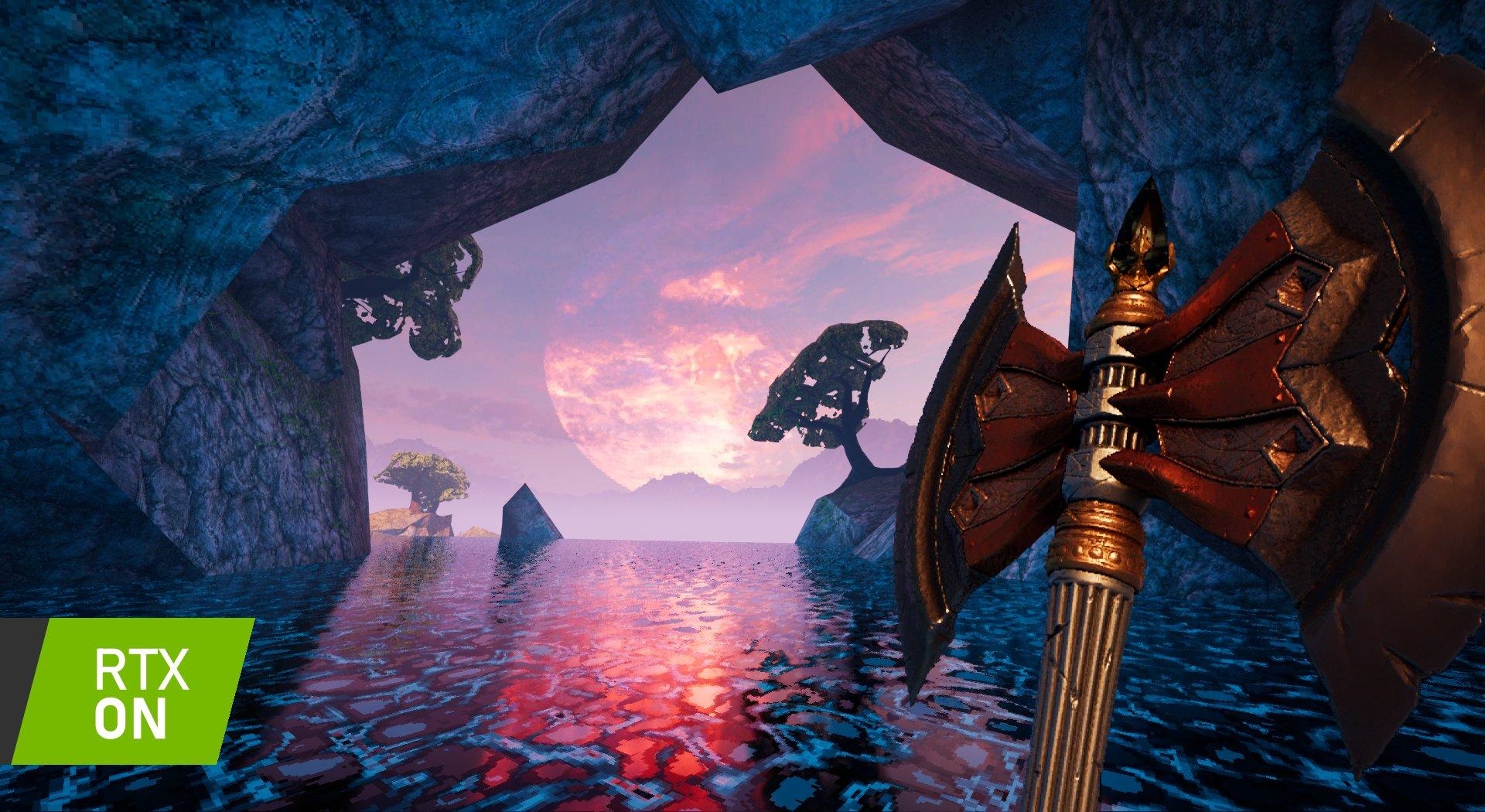 "AMID EVIL" is a first-person adventure action game with a very rich story, and players will experience a completely different background in seven chapters, need to be explored through their own efforts, and the game also contains a cool selection of weapons and a variety of savage, personality enemies, playable.

So far, there are six games that support NVIDIA RTX technology, namely battlefield 5, Tomb Raider: shadow, subway: away, control, call of duty 16, and amid evil.

In addition to the above six games, there are also 16 games that have already announced support for RTX and will be launched soon:

There are 9 domestic games above. It seems that domestic game manufacturers are more interested in ray tracing technology.
google

Related news
Panasonic launches Eluga Ray 810 smartphone with bangs display and dual camera design
"Amid evil" push RTX update! Ray tracing is in full bloom: 22 games have been supported
RTX game book your entertainment house is a good helper
Microsoft officially upgrades DX12 function of Win10 version 20H1 system: RTX users earn a lot
The game also ushered in the "new wave"? NVIDIA RTX lights up a big wave of national trend
Ray Sidney, a Google 5 employee, denies being Gu Ailing's biological father: proud of her accomplishments
Hot news this week
China has found 35 known cases of the new zoonotic virus Langya
Monkey acne cases have ranked first in the world that the United States has announced the emergency state of public health
Credit card points rule intensive adjustment online transaction points more "valuable"
Losses in a single quarter of $ 23.4 billion a record, SoftBank did not carry the plunge of technology stocks and the devaluation of the yen
The prevention and control of the American Monkey epidemic has failed. What should I pay attention to?
Sources say Samsung's Galaxy Z Fold4 is going up in price: a 512GB top unit will cost more than 13,000
Is the micro -business headache? WeChat friends are suspected to have a big move: 7 can only be posted a week
Kuaishou launched a self-developed cloud intelligent video processing chip: The chip has been streamed successfully
The new product of Xiaomi MIX is coming: both internal and external dual -screen has been upgraded to make up for the previous generation.
A new zoonotic virus, Langya, found in China has not yet been confirmed to be transmitted from person to person
The most popular news this week
Mr. Lei: Mr. Bezos apologized to me for not taking good care of Joyo.com
Ever wanted to buy Tencent QQ, Alibaba asked for a stake? Lei jun rumours
Lei Jun's first business thinking book "Xiaomi Entrepreneurship Thinking" was introduced to the latest and most complete Xiaomi methodology summary
Apple's iPhone is no longer a symbol of wealth in China: for reasons to be proud
Xiaomi Motor Autonomous Driving First Show: Automatic Charging of Autonomous Driving in the whole scene
Musk's eyes! Lei Jun released a full -size humanoid robot Xiaomi self -developed strength explosion table
The global streaming media have increased the animation circuit is becoming a new "breakthrough" for Youaiteng
Kuaishou TOB business Yu Bing: Self -developed chips or mass production after the end of the year, the video must be turned into light industry
Lei Jun: Once bid 10 million to buy NetEase was rejected by Ding Lei
Intel burns 23.2 billion won't make a decent graphics card