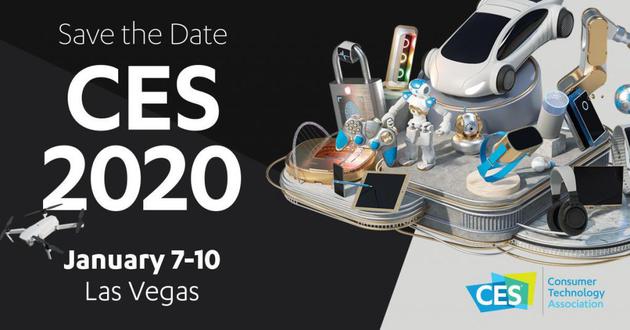 This year's CES will be held in Las Vegas from January 7 to January 10, 2020, us time. Sina Technology report team will also go to the scene to bring you the latest product video experience and observation and report of cutting-edge technology and industrial application.

2020 can be regarded as the "big year" of CES. According to the official data, 5187 manufacturers of ces2020 will attend the meeting, an increase of 12% year-on-year, a record high.

5g, smart home and car black technology will be the core focus. Even apple is officially at CES for the first time since 1992.

So, what new technologies and development trends will appear in the upcoming science and technology event? What cool products are you looking forward to?

This year, Tokyo will host the Olympic Games, which will provide the 8K event broadcast signal. It is expected that more 8K TVs will officially appear in 2020, so TV is definitely a hot spot of ces2020. 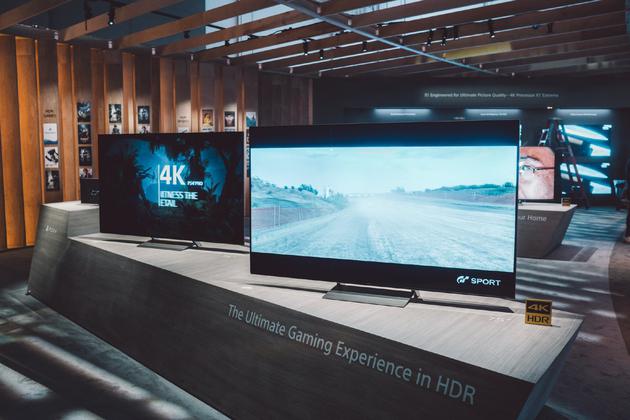 Sony will release a wave of new products

At last year's CES, the 8K TV z9g released by Sony was only 85 inch and 98 inch in size, with a starting price of 120000 yuan, while Samsung, the old rival, had a full coverage from 65 inch to 98 inch, with a relatively low starting price.

Maybe the 8K TV launched last year is more meaningful than the market effect. It is not clear whether Sony will launch a larger size version, but it is clear that 75 and 85 inches are more suitable for the size demand of the mainstream market. 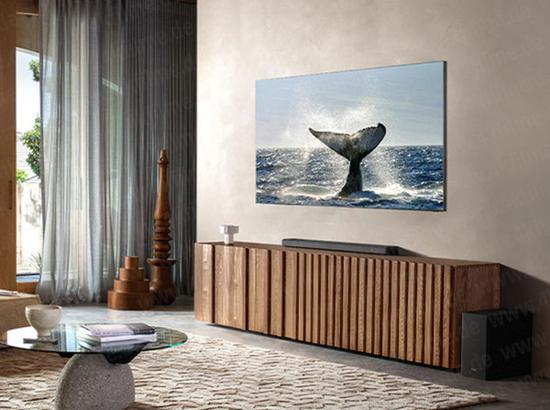 Another giant, samsung, will bring what it calls a "real borderless" tv this time, and a rendering of the samsung borderless 8k qled tv has been revealed online, with models like q900t or q950t.

Unlike other "borderless" TVs, a developer of the project once revealed to South Korean media that Samsung's borderless TVs are really borderless, which will make Samsung the first company to realize this extreme design. If Samsung can really achieve such a design, it will undoubtedly bring users a very shocking visual experience.

In addition to TV, Samsung's latest strip speaker q800t has also been exposed, which is likely to appear on CES 2020 together with Samsung's borderless 8K qled TV.

LG will launch its first industry certified 8K Ultra HD TV and a new display for gamers. In addition, it is expected to bring an upgraded version of the crimpable 65 inch OLED screen, that is, the screen can be rolled up when not in use, and can be pulled down when needed, thus greatly saving space.

For domestic manufacturers, Konka may launch a series of 4K Ultra HD TV and smart home products for overseas markets. TCL said it would release the latest Mini LED display technology, which uses a new backlight design to make the backlight display lighter and provide similar advantages to OLED screens.

One plus TV was launched in India at the end of September 2019, including Q1 and Q1 Pro models, which are also likely to be launched in the United States this time.

The test of driverless technology has been continuously carried out in the past few years. By 2020, driverless driving has finally reached the stage of acceptance. At this year's ces2020, both automakers and driverless solution providers will give their answers. 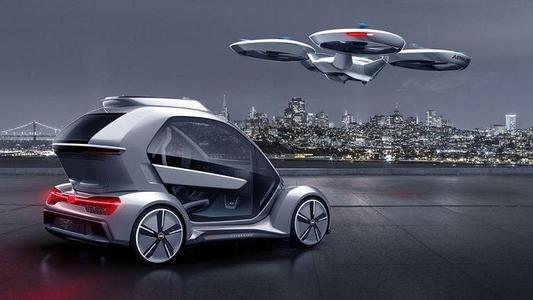 The flying car that Hyundai will show

However, even if stable technology can be produced, more automobile enterprises still launch concept models. Honda, for example, is about to show off a concept car for autonomous driving on the ces2020. With the spread of 5g network, the delay of automatic driving will continue to reduce, and the driving of the car will be more sensitive. In addition, Nissan will show the new electric vehicles, while Hyundai plans to show the long publicized "flying" cars.

Qualcomm has set up a special auto stand on CES, and NVIDIA's latest auto driving platform, drive AgX Orin, may also have more demonstrations. It's rumored that LG may display WebOS auto, an in car infotainment system, which will become a competitor of Apple's Carplay and Android auto. Therefore, both the automatic driving technology and the specific concept vehicle model of automatic driving will be a bright scenery on the ces2020. 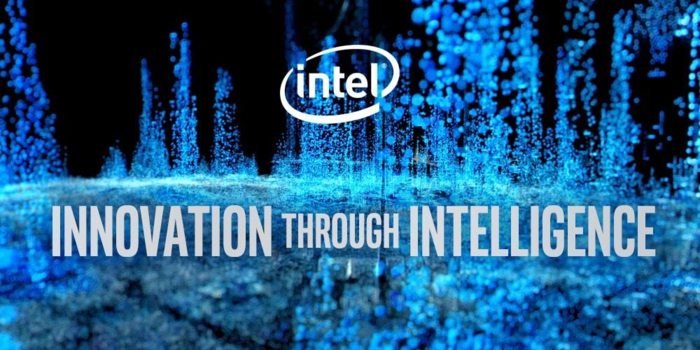 As for what important products Intel will bring to CES, there is not much accurate information, but 10nm and 14nm processors will be one of the focuses. Intel is likely to officially release a 14nm comet Lake processor, the 10th generation core desktop model.

In addition, Intel will also announce a set of heat dissipation solutions applied in notebook field. The technical principle is that under the support of vacuum cavity soaking plate and graphite and other materials, it is expected to reduce the operating temperature of notebook computers by 30%. The new component will replace the traditional heat dissipation module filled between the keyboard and the shell, thus transferring heat from this area to the back of the screen for better heat dissipation. 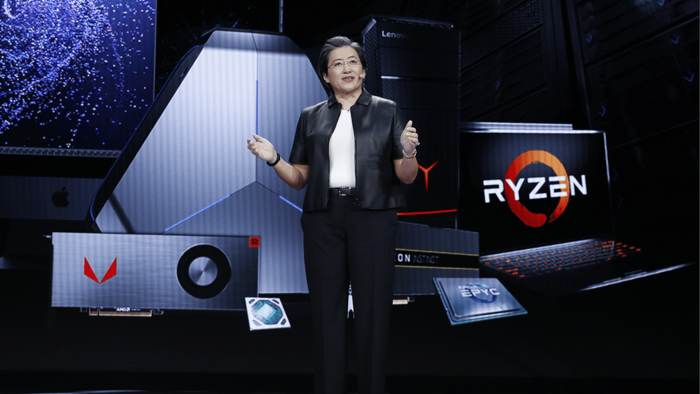 Amd CEO Su Zifeng will give a keynote speech

AMD, Intel's old rival, will not be idle. Amd CEO Su Zifeng will deliver a speech on promoting high-performance computing, during which more details about the Zen 3 architecture may be disclosed. AMD is also looking forward to exhibiting the 7 nm zen2 architecture sharp dragon APU during CES, and may also launch a new flagship graphics card.

There is no doubt that 5g products and technologies represented by smart phones will appear in a concentrated way. Some manufacturers may release or display new 5g and concept phones. 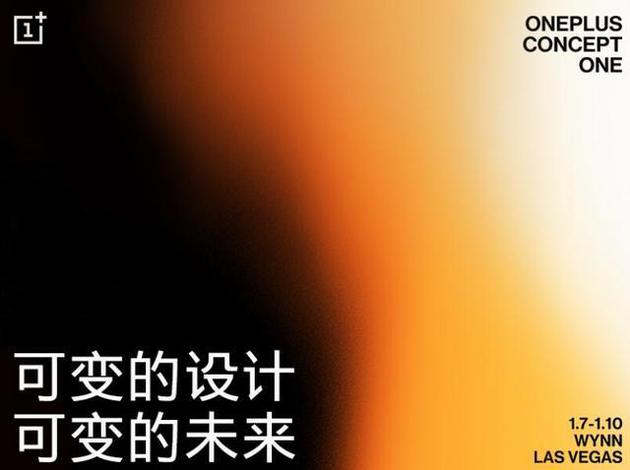 One plus will release concept machine

One plus said it would launch a new mysterious device in its own activities during CES, and one plus called it "oneplus concept one".

As can be seen from the preheating video sent by Yijia, the concept one concept mobile phone adopts a metal frame with back glass and arc design, with three cameras in the middle. There is still a suspense in the front. At the same time, the official account of Yijia mobile phone also gave a corresponding introduction. Concept one mobile phones use what officials call "implicit post-processing" technology this time.

Apple will make its debut at the CES 2020 consumer electronics show for the first time since 1992. However, Apple will not announce new hardware. At that time, its homekit smart home system will become the focus of attention.

Apple hasn't been seen at CES for nearly 30 years. Their last official appearance at CES was in 1992, when John Scully, then the company's CEO, gave a speech at the then-Chicago summit about later famously failed products: the palmtop Apple Newton (Newton). 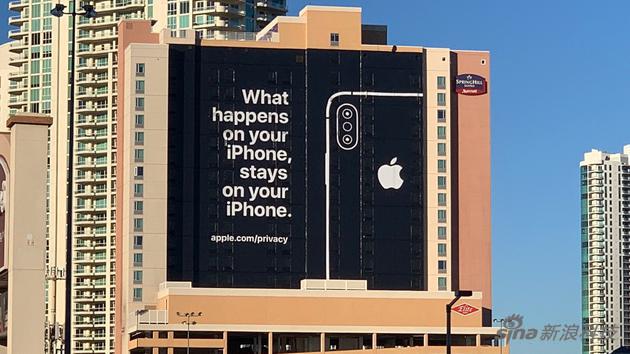 Although Apple didn't attend the conference for many years, apple put up a huge billboard on the building outside the CES exhibition last year to publicize the security and privacy features of its devices. It is also reported that in 2018, some Apple employees met secretly with ar Augmented Reality product suppliers in Las Vegas, but the company, which is famous for its confidential culture, did not disclose any results.

Related news
Zaogao Feng: Xiaomi enters the Japanese market / Apple returns to CES /
Xiaomi's first off screen camera mobile phone, mix 4, exposed: released by CES on January 10?
Prospect of foreign media CES: what is worth seeing from 5g mobile phone to 8K TV
Prospect of CES 2020: TV frameless chip scuffle Apple returns
Hot news this week
The company announced the shipment data of 2021 Q1: the proportion of Huawei fell to the sixth place in the world at 4%
Sony's third generation noise reduction experience: comparable to the strongest combat power of real wireless noise reduction headphones
Henan satellite TV "Dragon Boat Festival wonderful tour" full version popular all over the network: netizens call content amazing
New people to do "new" business: preparing for the battle with Zhang Ying, a peach farmer in Yangshan
An 18-year-old Japanese female painter is popular, and her painting level of mobile phone software is beyond imagination: beauty makes netizens sigh
In depth cooperation with Huawei real hammer! BYD open recruitment of "Hongmeng development engineer"
In 618, big promotion came, beware of the trap of cheating by taking advantage of the official SMS of charging companies' platforms
Can you travel around the world without leaving home? Jingdong 618 Jingdong International gives you a fancy "flying" strategy
Dragon Boat Festival colorful Luoshen amazing interpretation of underwater flying netizen: too beautiful, lost the language
During the period of 618, Jingdong will issue a total of 10 billion consumption vouchers, which have benefited consumers in 14 places such as Beijing and Zhejiang
The most popular news this week
Yixin technology won the honor of "2020-2021 (4th) China IC unicorn"
Which brand of vacuum cleaner is better? Who should buy vacuum cleaners and floor sweeping robots at the same price?
Shenzhou Wentian wechat adds time limited status "rush"
A moment in history! The successful launch of Shenzhou 12
Airpods 3 will be launched this year! Apple executives hint: it may integrate the bracelet function
The first man after Bill Gates! Microsoft CEO NADELLA will also be chairman of the company: the first time in 20 years
Domestic mining fails Huaqing: the price of graphics card is falling
The couple's "love insurance" was refused when it was due
Good news! 360 government enterprise security group won the bid of 236 million yuan national network security industry base major infrastructure group project to build Zhengzhou security brain
Peng Xiaobo: China's rocket launch cost may be lower than SpaceX in 2025