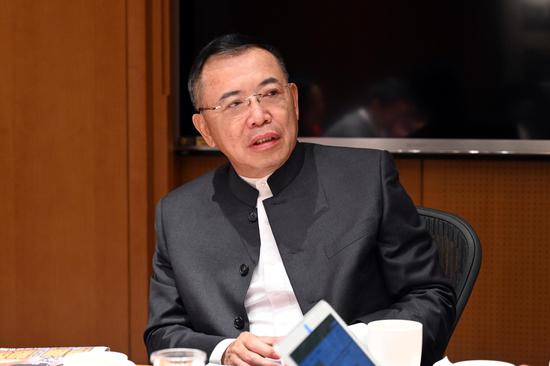 In addition, Li Dongsheng commented on the Razr mobile phone, saying that "the product is still very good". 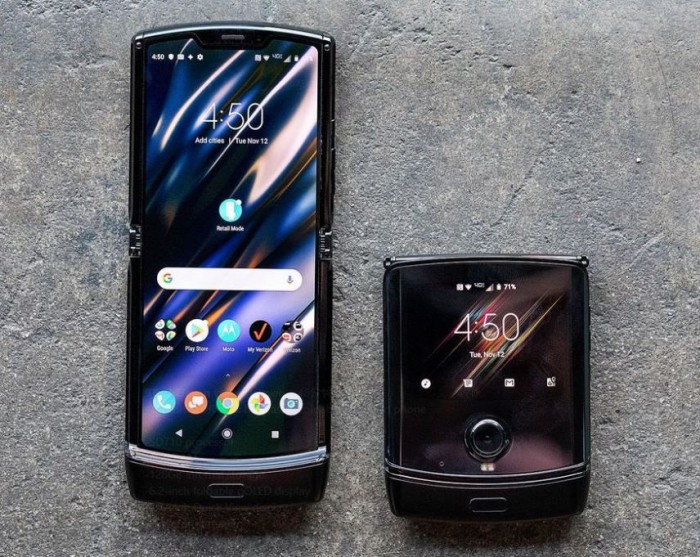 At this year's CES exhibition, TCL COMMUNICATION also showed the first folding screen mobile phone. It adopts the transverse fold design, the shape is close to square when unfolding, and the screen size is 7.2 inches. There are four cameras on the back, in green color. The folding screen phone has no name and price, and no specific release time has been announced.

Li Dongsheng said that inkjet printing technology is the next generation AMOLED process, which has not been officially put into production. This technology has the advantages of simple device structure, high material utilization, large area, low cost and flexibility. It is an important development direction of display screen in the future.

At present, TCL's inkjet printing technology is in the leading position in the world, and only Samsung, Japan's JOLED and TCL have in-depth research on the technology, according to Li Dongsheng. At the CES 2020 exhibition, TCL, in conjunction with Guangdong Juhua, also showed a 31-inch inkjet printing coilable flexible prototype, the second time TCL has demonstrated the inkjet printing process OLED technology at CES.

"The performance of this generation of prototype has been relatively perfect. The samples we made before can see some flaws. Now the performance has reached the standard of industrial finished products," said Li Dongsheng.

Related news
Interview with TCL Li Dongsheng: Overseas income accounts for more than half of the total, and it belongs to Chinese enterprises in the future.
Motorola Razr, the world's first foldable screen flip phone, in action
Unsold pioneer Motorola Razr was named the best folding screen mobile phone of the year: worthy of being a classic
TCL enters the United States for the first time: launch its first 5g mobile phone TCL 10 5g
Li Dongsheng: Motorola Razr folding screen mobile phone adopts TCL Huaxing's screen
Motorola Razr Video Usage Guide: Folding screens are vulnerable Take care of yourself
Behind TCL's popularity: Samsung and LG have to guard against Li Dongsheng's "gambling" for ten years
Hot news this week
Lu Jian, president of linkedin China, responded to rumors of the "closure of linkedin China" by saying that the company will increase its investment in China even if it does not reduce it
Samsung Motor announces end to flexible printed circuit board RFPCB business Without affecting iPhone production
I can't play! The official solution to the bug in Chinese Paladin vii was provided
The video asked Net-a-Lago to apologize
On New Year's Eve, a trio on a business trip will celebrate the lunar New Year in space: a first for the Chinese
The United States exposes the higher civilization of the universe: human beings are inferior to good ones
Rolls-Royce China SAO operation caused dissatisfaction wang Sicong message not to buy: official apology
Xiaomi appointed Li Xiao Shuang as a vice president of Xiaomi Motor, CFO Lin Shiwei, and the CEO of Stars
Bytes beat 9 billion yuan to acquire VR companies, then invest the chip, or to accelerate the layout "Yuan Universe"
Xiaomi intelligent clean ecological chain enterprises to pursue technology to complete 3.6 billion yuan C round financing
The most popular news this week
Tesla Q3 earnings reading: Record net profit on revenue Pressure on new Chinese cars is coming
Microsoft CEO NADELLA is most concerned about three things: ubiquitous computing, AI big model and virtual online
Nearly 80% of teenagers in Taiwan think cyber bullying is a serious problem, according to a survey
What opportunities and challenges brought to the financial industry?
Jia Yueting is paying back the money again! Faraday's future former employees in China receive a pay rise
The storage chip faucet is 119 times the first three seasons, the chairman reporter is born, "cattle scattered" did not lose the position.
The liabilities are still 95 billion Jue Ting pays, and FF China's front employee will collect salary and consistent with the in-service.
Wechat iOS version 8.0.16 release: Voice call interface will display the other party's circle of friends only after clicking
Interbrand world has a top 100: Apple, Amazon, Microsoft, Google, Samsung
Facebook is changing its name next week: But Mark Zuckerberg hasn't decided yet