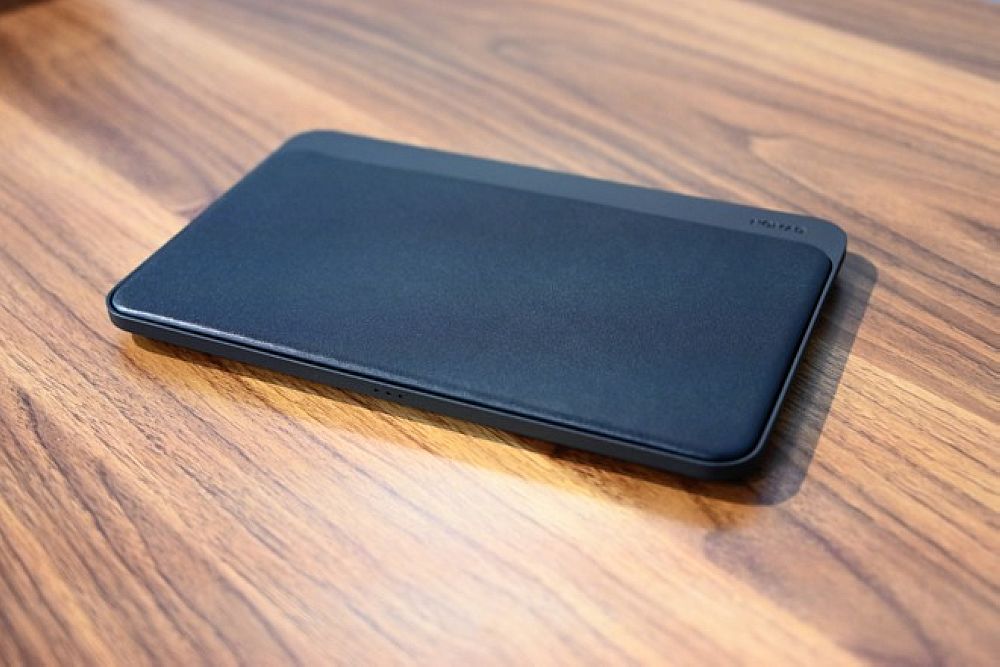 The appearance of base station Pro is very similar to base station, but it has become larger. But in fact, the internal structure of the fuselage is totally different. A new printed Qi coil is added under the leather surface of horween, which is quite different from the off the shelf Qi coil common in many other chargers. The addition of this layer of coils enables it to support freepower, a technology developed by Aira for free placement charging of multiple devices. 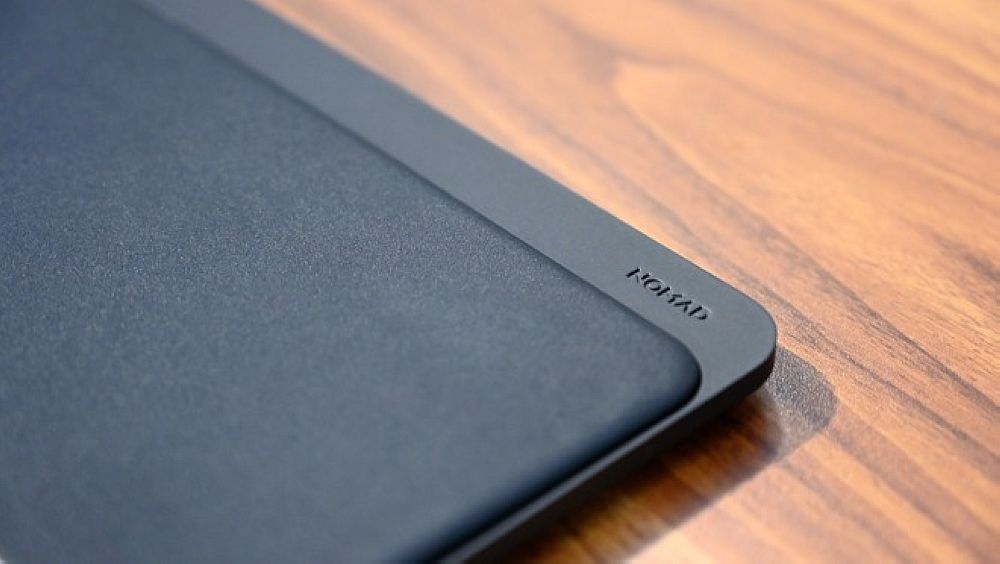 Thanks to freepower technology, any Qi device can be charged on the base station pro at will without considering whether the device should be placed in the center position above the Qi coil. And base station Pro is not only for one device, but also can provide wireless charging for three arbitrarily placed devices at the same time. 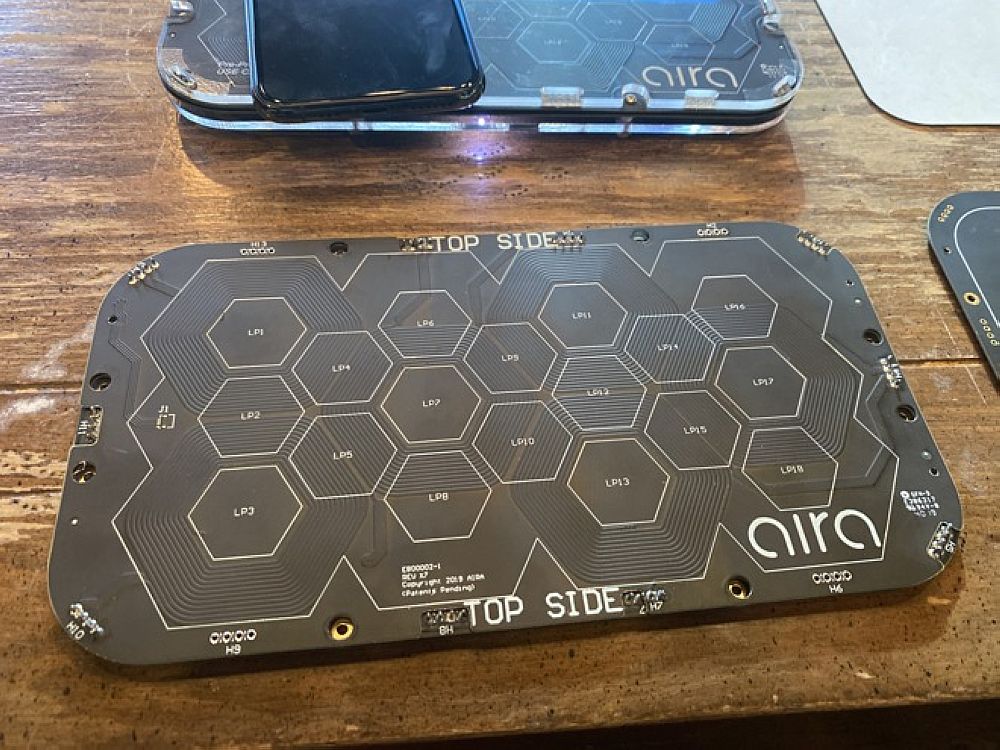 So it could be threeIPhone, two iPhones plus one airpods, or mobile power combination with iPhone and airpods. They can be placed anywhere in the charger, giving you a very natural and comfortable feeling. Three status indicators on the front panel illuminate to tell you how many devices are currently placed and charging. 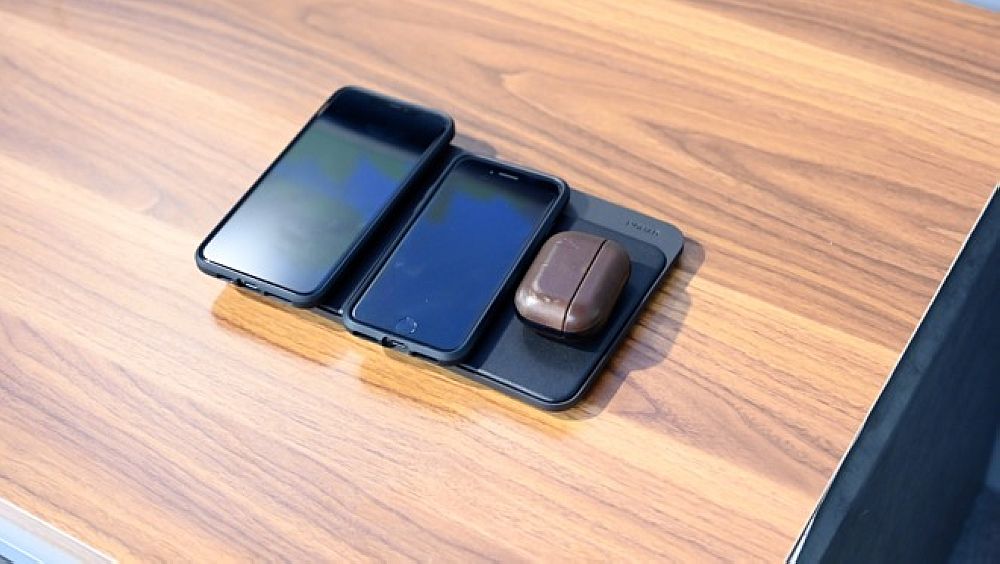 At present, nomad has not released the reservation page of base station pro, and they hope that the product can be provided with sufficient supply after being released. But nomad said it was ready and expected to take reservations in early 2020.

Related news
Next AirPower? Samsung Galaxy Fold has a lot of fate
Nomad plans to launch Base Station Pro Wireless charging Board to make up for Apple AirPower's regret
Best alternative to airpower: Nomad base station Pro wireless charging panel (video)
Is Xiaomi making airpower that apple can't mass produce?
Apple took 4 years to give up! The airpower prototype works normally
Hot news this week
The developer of the dating app Tinder has reached an agreement with Google over billing rules for its app store
Still did it! Canada has banned Huawei and ZTE from participating in the country's 5G network on "national security" grounds
Red Elf Lightning erupts in the Himalayas Spectacular Spectacle: Experts Reveal What Exactly Is This?
The founder of the Internet Quick Hand Su Hua was taken away for investigation, and the fast hand responded: the news was not true
Wang Xiang, president of Xiaomi, explained that a shortage of low-end chips is a major challenge in overseas markets
Or for Studio Display Pro, the release of Apple's 27-inch Mini LED-backlit Display has been delayed by October
Tencent Q1: The business service business has "slightly decreased" year -on -year, and resource centralized video cloud and network security | View financial report
One picture to understand! Blue Factory has issued 3 new machines in a row: self-developed chip blessing, the narrowest lower border
Sony released the active noise-canceling headphones WH-1000XM5, equipped with 2 chips and 8 microphones
Tencent established a smart technology company in Chengdu, and its business scope includes Internet data services
The most popular news this week
How does the Internet make People Copy each other
Fed Vice Chairman: The future digital dollar may complement the coexistence of stablecoins and commercial bank currencies
ZHANG Pingan, CEO of HUAWEI CLOUD: The value of data governance in China has not been fully tapped Data and AI should be accelerated
Shenzhen Atmosphere! The sales price of mobile phones, computers and other products is subsidized by 15%
Microsoft shows third -party components: Win11 chicken rib function is saved
No need to grab it! Sony announced an increase in PS5 shipments
Audi advertising poster photos only sell for 8 yuan? Photographers question the unreasonable use of the photo purchase
Twitter spent $150 million to settle privacy and security lawsuits with the U.S. government
Hong Kong Hang Seng Index Opens 0.5% Baidu Hong Kong Stocks Open More Than 2%
Amazon's new CEO participated in a shareholders' meeting for the first time: to restore normal profit, ready to cut off the excess warehouse