A village in Anyang City has been blacked out by three major operators and iron towers: both mobile phones and computers are disconnected

Domestic mobile, connectivity and telecommunications often face the dilemma of both good signal and no radiation, because many people do not understand the basic principles of communication, forced the three major operators to refuse to provide services according to law. It used to be a neighborhood, but it's rare for people in a village to ruffle feathers at the same time between the three major operators and the chinese tower, with the wireless and wired networks of cell phones and computers all broken.

The interruption was not due to complaints of radiation by villagers, but to disputes between the local government and operators

Until December 23,The local authorities cut off the optical cable, and the operators failed to repair it, and finally stopped serving the local villagers。

According to the report, it is not only the mobile phone service that is interrupted by the three major operators, but also the cable network. The local mobile phones can only receive and make calls now, and can't access the Internet. The computers are the same. The villagers are even worried that they can't watch the Spring Festival Gala. 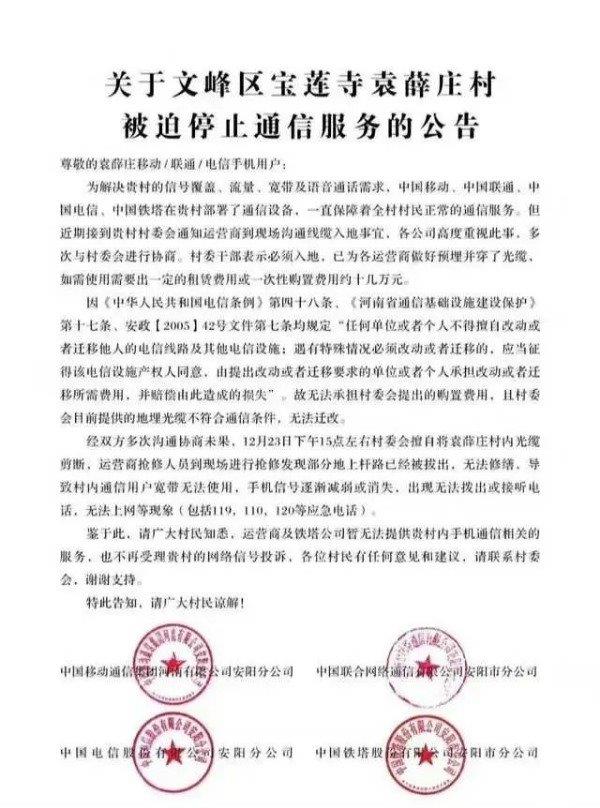 In order to meet the needs of signal coverage, traffic, broadband and voice communication in responsible village, China Mobile, China Unicom, China Telecom and China Tower have deployed communication equipment in your village, which has always guaranteed the normal communication services of the whole village. but

Recently, the village committee of your village has informed the operators to go to the site to communicate the cable access matters. Each company attaches great importance to this matter and has negotiated with the village committee for many times. Cadres of the village committee said that they must enter the land, have embedded and worn optical cables for all operators, and need to pay a certain rental or secondary purchase cost of about 100000 yuan if they need to use them.

After many unsuccessful communications and negotiations between the two sides, the village committee publicly announced that the optical cable in yuanxuezhuang village had been cut off at about 15:00 p.m. on December 23, and the operators came to the scene for emergency repair and found that part of the aboveground pole road had been pulled out and could not be repaired, which led to the phenomenon that the broadband of the communication users in the village could not be used, the mobile phone signal gradually weakened or disappeared, unable to dial out or answer the phone, unable to access the Internet, etc（ Including 119110120 and other emergency telephones).

In view of this, please be aware that the operators and the tower company are unable to provide mobile phone communication related services in your village temporarily, and will not accept network signal complaints in your village. If you have any comments and suggestions, please contact the village committee, thank you for your support.

I hereby inform you that the villagers understand! 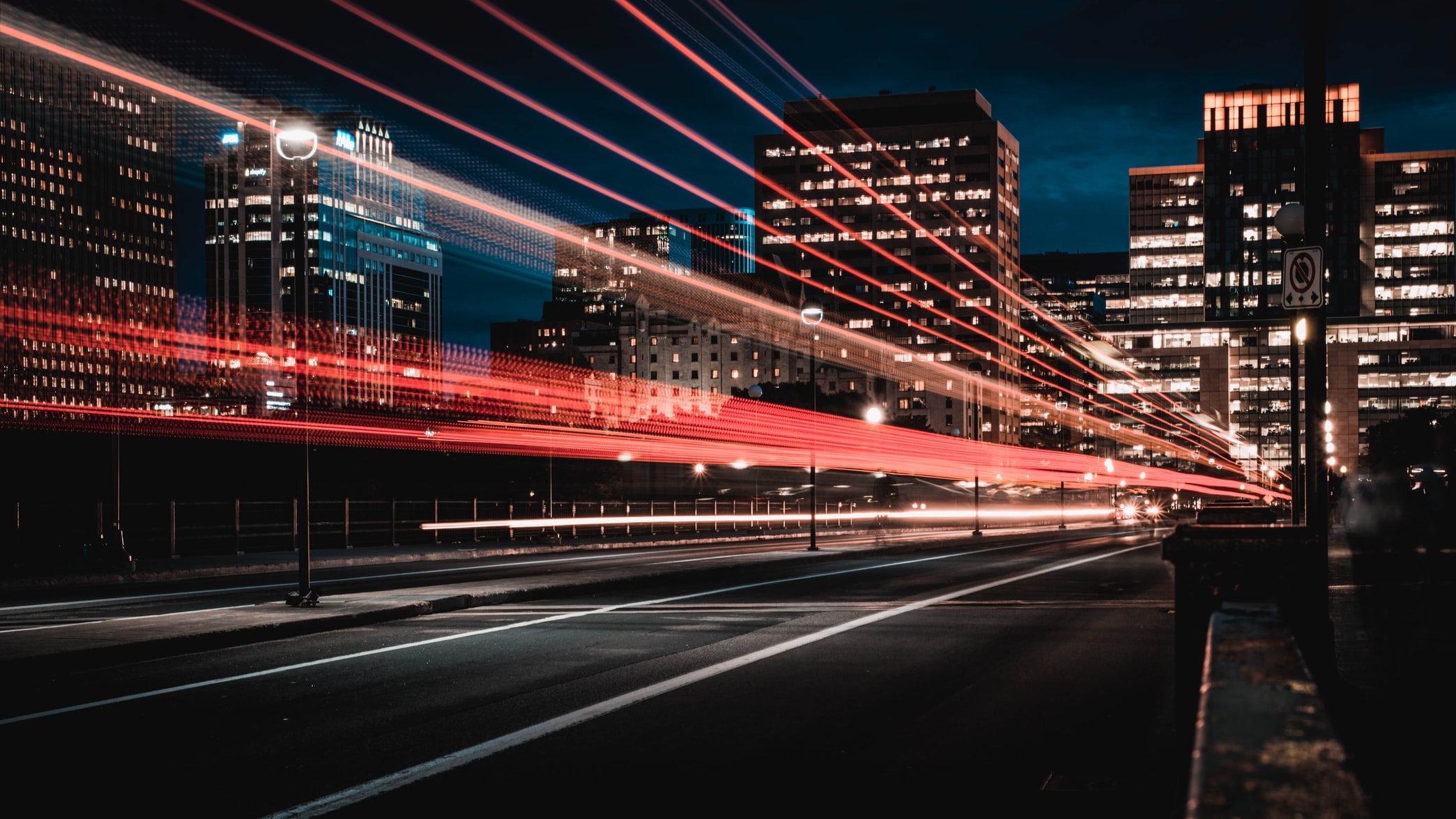 Related news
This time, Huawei has issued 6 billion yuan of domestic debt, rated 3A and held 250 billion yuan of cash.
A village in Anyang City has been blacked out by three major operators and iron towers: both mobile phones and computers are disconnected
Hot news this week
Challenge the fierce rival Intel amd Su Zifeng: This is just the beginning!
Musk is going to blow up the rocket tomorrow
Huawei mate XS Ministry of industry and information technology access: equipped with Kirin 990 5g, better hinge / screen
Can't OEM 16nm chips for Huawei? TSMC: hard to estimate but ready for changes in export control at any time
Samsung Galaxy a71 5g exposure: equipped with exynos 980, square four shot
Magic mobile phone protection shell, match 20 Pro for sale, match 30 Pro for second change
NetEase cloud music and station B could be the only two accidents
Unsealed Taobao account in 980: no malicious refund
Samsung Galaxy a71 5g exposure: cheap "note10" with exynos 980 and square four shot
TSMC denies being pressured by the us to set up factories in the US: there is no final decision at this stage
The most popular news this week
NetEase cloud music and station B could be the only two accidents
President of Xiaomi International: Xiaomi still wants to enter the US market dominated by apple and Samsung
Over 80 million yuan of contract has been awarded to golde infrared for the application of self-developed chips in the prevention and control of pneumonia
Huawei Developers Conference Announces Extension: Change to Live Online as a New Pneumonia Epidemic
Microsoft chromium edge stable edition ushers in the "new tab" after function improvement
Huawei P40 Pro toughened film spy exposure: the effect of increasing screen curvature is worth looking forward to
DxOMark announces iPhone 11 score: 109 points, just equal to Huawei P20 pro of the year before
Google and Mozilla are sending cake to Microsoft's new edge team
Samsung Galaxy S20 series is expected to debut on March 13: simultaneous exposure of price information
Google released the most powerful 1 / 3 brain map of Drosophila, with 25000 neuron connections accurately located!