CES 2020 is over. In these short days, countless manufacturers from all over the world have gathered in the city of Las Vegas for a technological carnival with their latest or most amazing products, from a long data line to man-made people, artificial meat and folding screen notebooks that have changed the product form of the future. Among these products, there are many products worthy of our shouting oh yes and wow awesome, such as amd sharp dragon 4000 mobile processor, 360hz refresh rate display, Sony made cars, Samsung made people and so on. 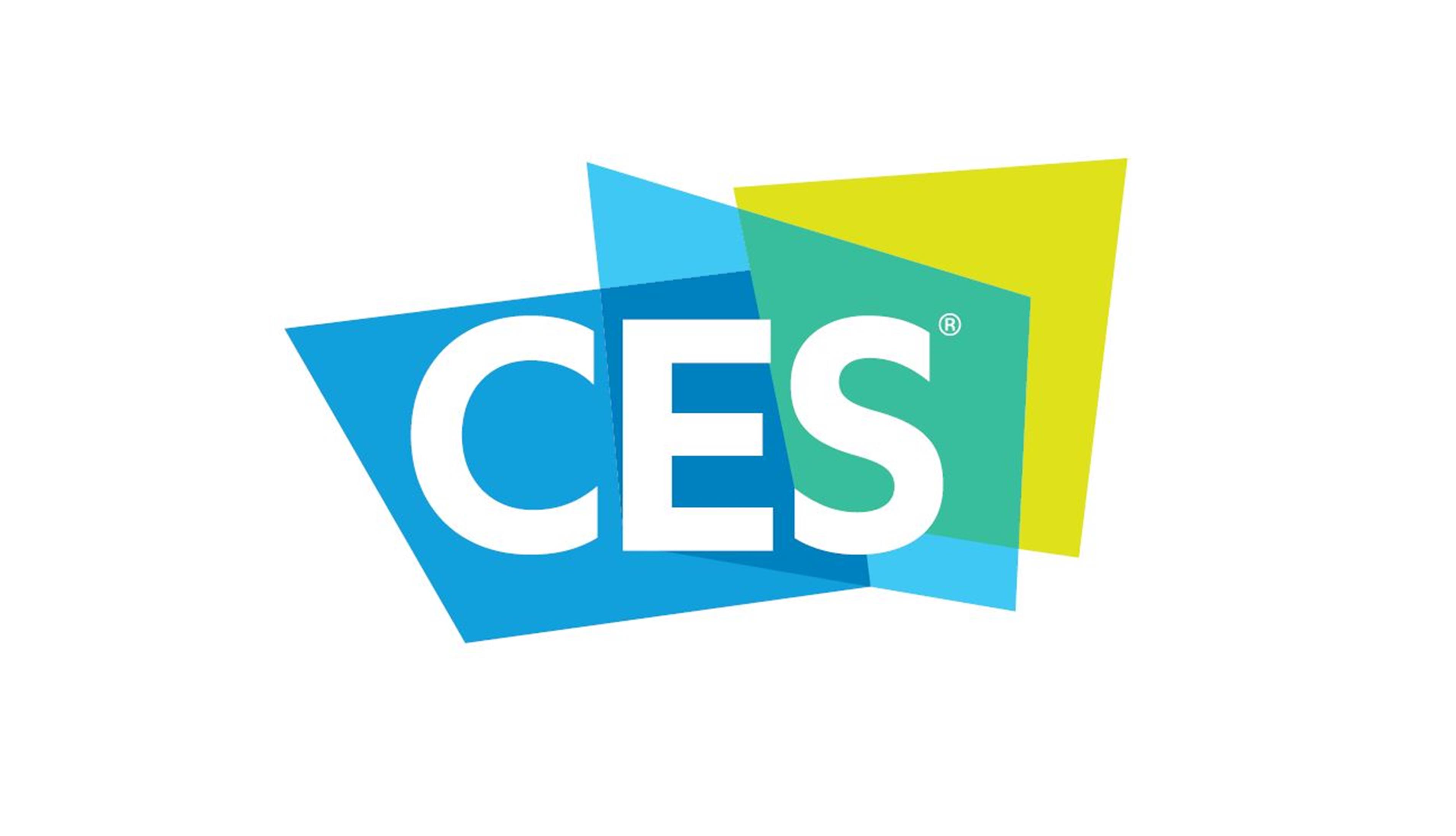 The key word was one of last year's MWC keywords, when it was concentrated on 5G smartphones and basically all that was on display

First of all, 5g consumer digital products are inevitable. There is no denying that one of the changes that 5g network brings to more people is the improvement of network connection rate. In CES 2020, Samsung put its Galaxy fold 5g mobile phone and Galaxy Tab S6 5g tablet on the exhibition stand; LG showed its v50s 5g mobile phone. In addition, when Huawei released matepad pro, it also announced that it would launch 5g version of the tablet product, which is mainly used for light office, this year. 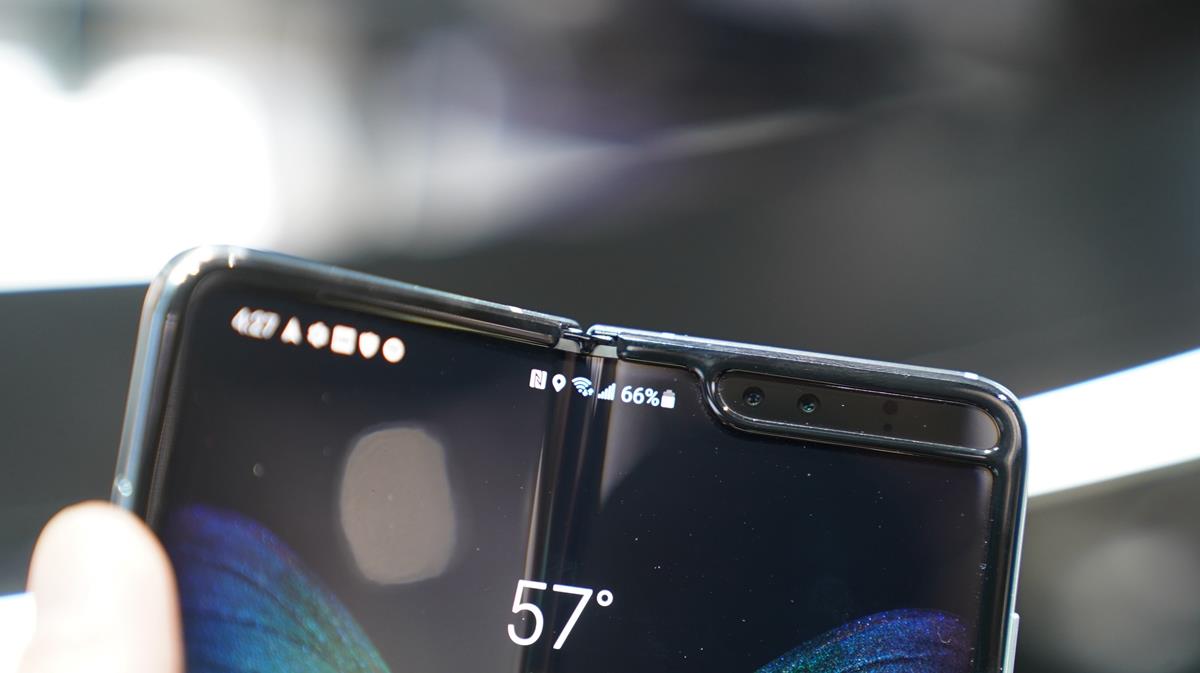 Besides the 5G phones and tablets, the 5G PC also made an appearance at this year's CES. Qualcomm and Lenovo jointly announced the Yoo 5G (previously known as Project Limited), known as the world's first 5GPC. In addition, Hewlett-Packard and Dell announced they would be listing their 5G laptops this summer, with Microstar showing the first e-sports host, MEG Aegis Ti5, which supports 5G networks 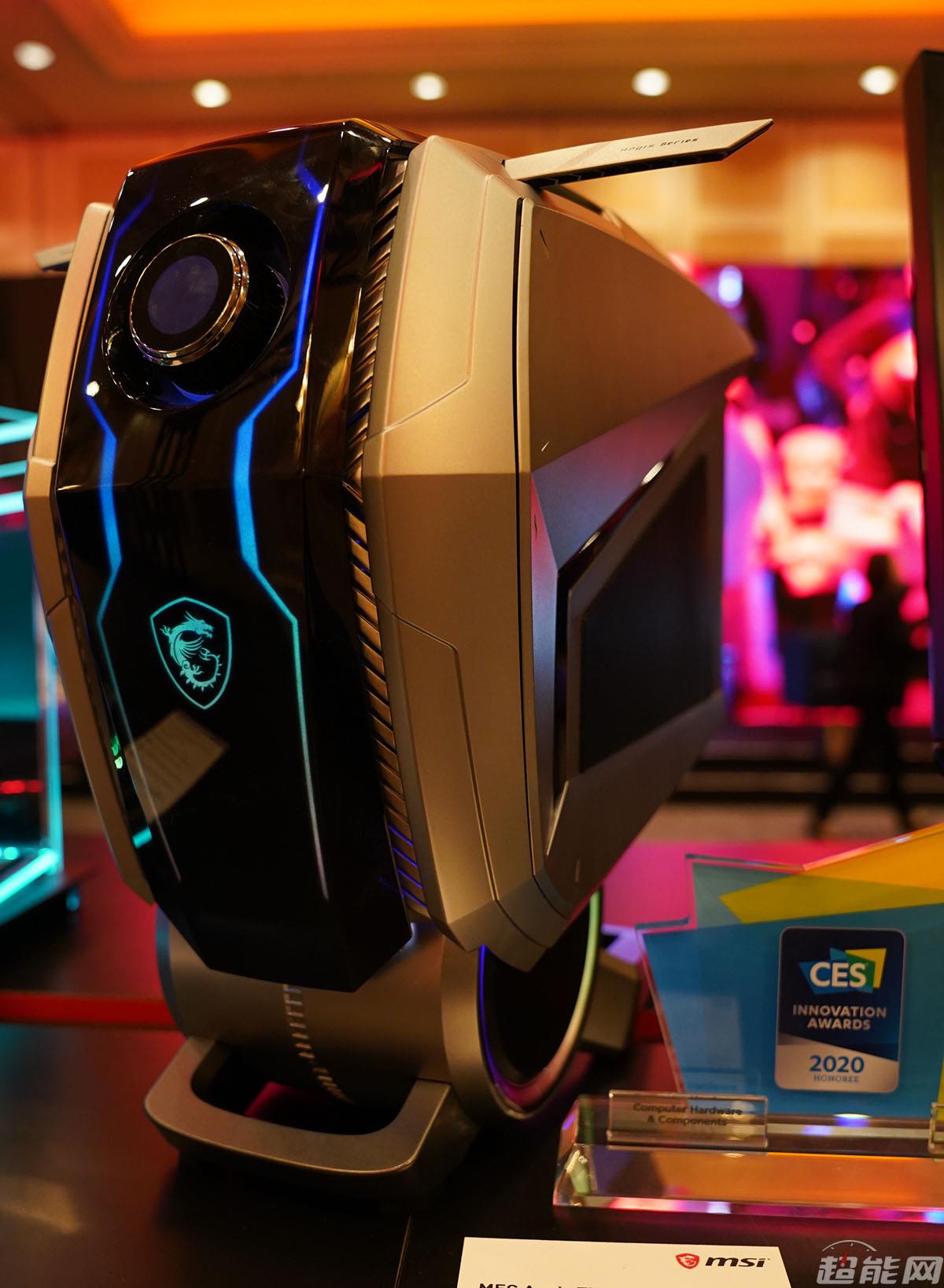 In terms of other hardware, MediaTek released Tianji 800 5g SOC, which made full preparations for the five thousand yuan 5g mobile phone in the year; Linksys, Netgear, D-Link hybrid 5g modem and Wi Fi router. In the concept product, Samsung's digital cockpit shows you the possibility of 5g technology in the automobile industry in the future, including 12 antenna 5g remote information processing unit for automobile, qled screen installed in the rear of automobile to provide cellular shared warning, and cellular c-v2x communication.

Immediately after last year's MWC2019 display,5G went on sale at the end of the year and only domestically with 35 13.769 million 5G handsets. So, after these apps are shown on CES 2020 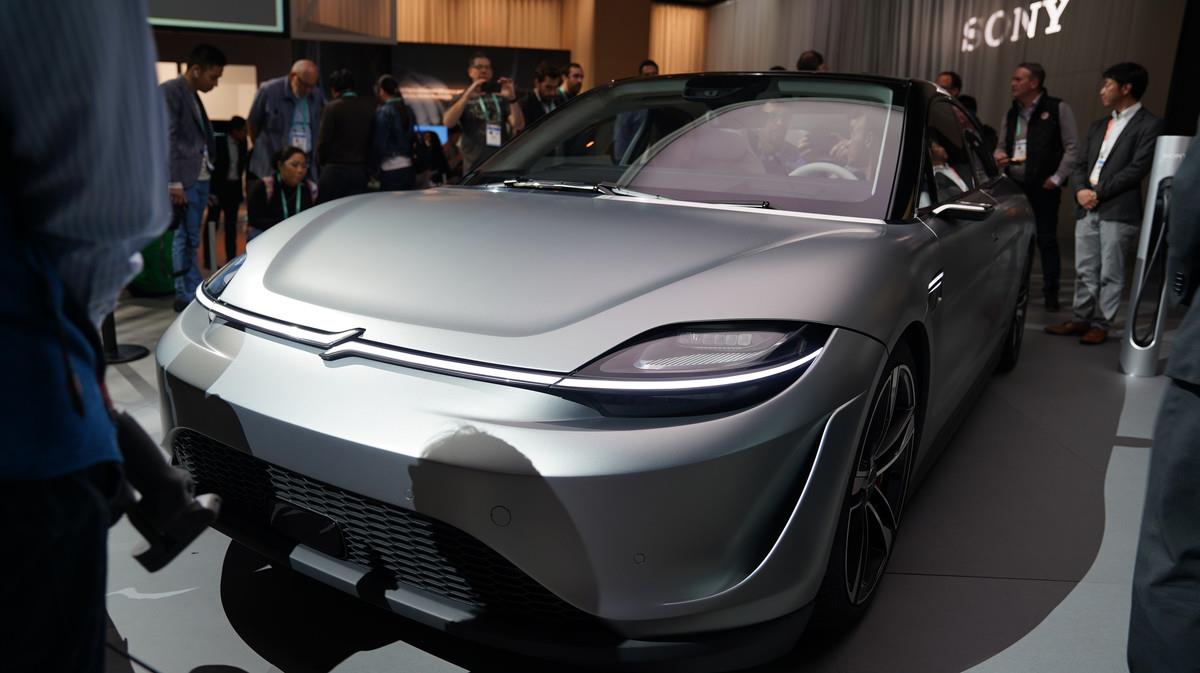 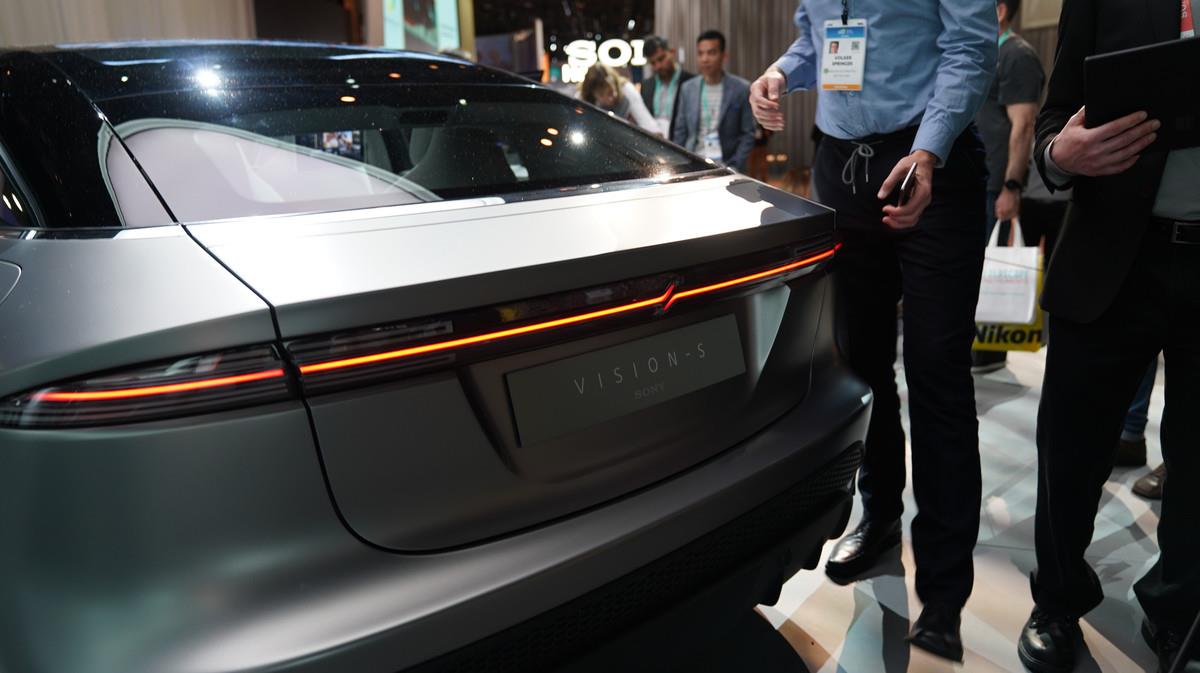 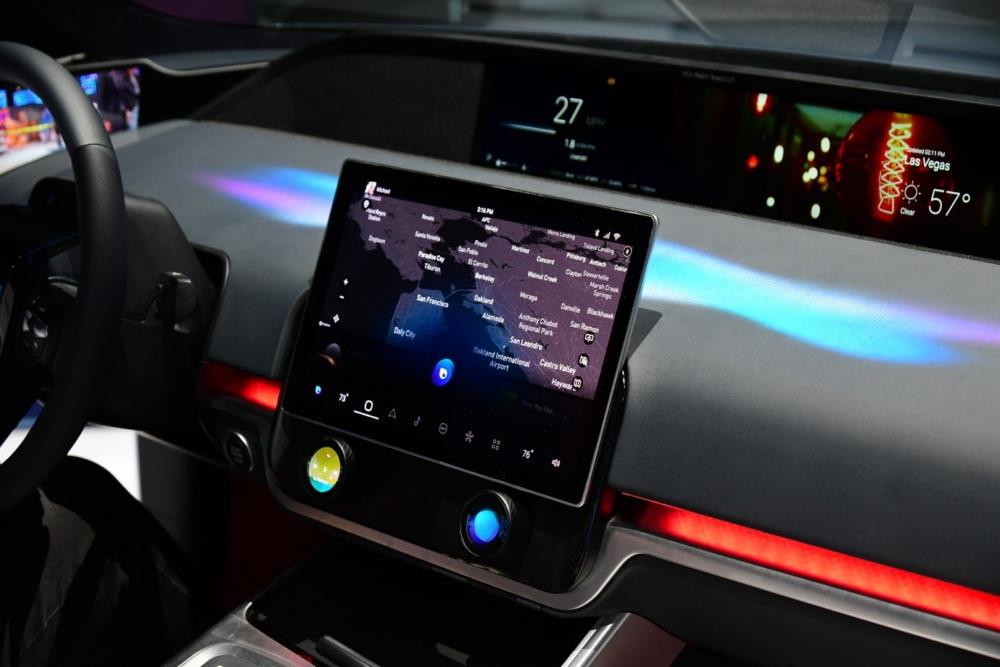 Is Samsung eager to make the whole car a screen?

And Mercedes-Benz shows the Avatar concept car, which seems to defy Sony Vision-S, what kind of concept car are you? Vision AVTR can move horizontally like a crab, without a steering wheel at all, and instead of biometric control, the driver puts his hand on the console, and the car can vibrate like avatar based on the driver's breath and heart rate 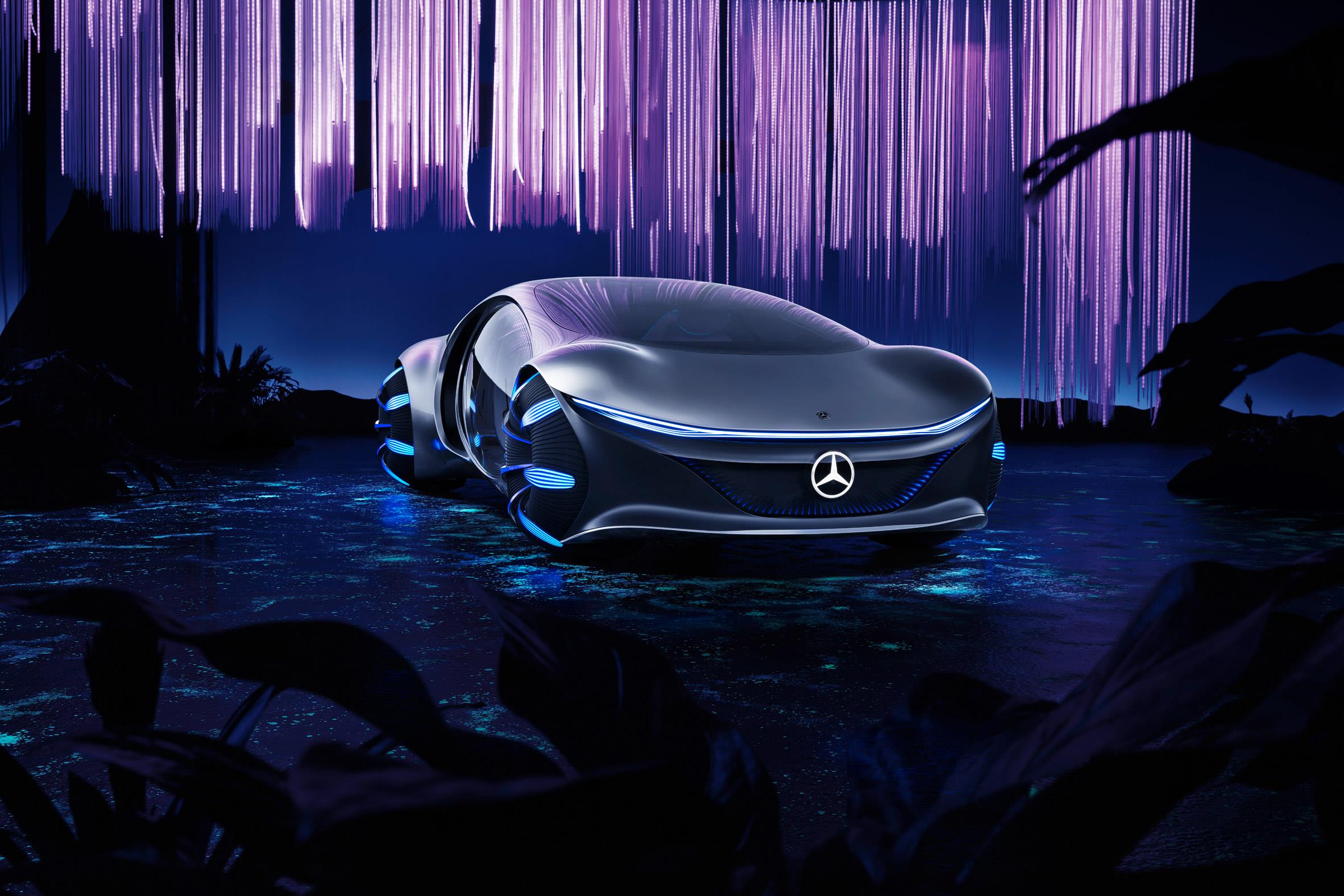 Related news
Prospect of CES 2020: TV frameless chip scuffle Apple returns
CES 2020 | what kind of processor chip can we use this year
CES 2020: Sony show car, Samsung made human, Intel made independent show
Fourth World War CES: the rise and acceleration of the horizon of domestic chip companies
Hot news this week
"Used car salesgirl" appeared on the webcast platform: netizens were angry because of their exposed clothes
Xiaomi intelligent clean ecological chain enterprises to pursue technology to complete 3.6 billion yuan C round financing
Microsoft CEO NADELLA is most concerned about three things: ubiquitous computing, AI big model and virtual online
Alibaba Cloud released a new operating system "Dragon Lizu" secret research and development 10 years anger 20 billion
Jia Yueting is paying back the money again! Faraday's future former employees in China receive a pay rise
Internet users ridicule this year's "Double 11" : Taobao "collapse", promotional text messages bombarded, still do not understand the rules
Huawei SEMICONDUCTOR Manufacturing International received export licenses worth hundreds of billions of dollars from the United States
Ping An Bank's net profit rose 32.5% in the third quarter, Xie Zhiyu crazy reduction, Zhang Kun is a big buy
Documents show that Huawei SMIC received export licenses worth hundreds of billions of dollars even after being blocked by the United States
The storage chip faucet is 119 times the first three seasons, the chairman reporter is born, "cattle scattered" did not lose the position.
The most popular news this week
83.83 billion! China's telecom giants did well: net profit jumped 115.8%
Tmall double 11 mad super red envelope: up to 8888 yuan a day
In the first half of the screen, "Breaking Bad China" launched a double eleven special series: forget the explosion, leave a name era
Payment company PayPal responded to "proposed $ 45 billion acquisition of pinterest": no such plan
Korea Telecom KT responds to a national outage: network path settings are wrong, rather than being hit by a large-scale DDoS attack
The Economist: Samsung bets on the most advanced logic chips, but risks lurk
Android 12 rollover! After the user updates, it indicates that the system crashes, the battery life shrinks, and there are too many bugs
Litchi podcast will be on the line Huawei Hung Mengchang
New version finds problems Tesla temporarily withdraws version 10.3 of its fully autonomous driving system
"Lack of core" to dark hour has passed the construction of automotive chip industry ecology is the general trend