Lu Weibing, President of Xiaomi group in China and general manager of redmi brand,The four initial problems of 5G are high terminal cost, low network coverage and lack of killer applications. To solve these problems, we must first quickly popularize the terminal, the rapid popularization of the terminal cannot be used to drive the mobile phone, can only be solved through the price.

In addition, redmi K30 5g supports SA and NSA dual-mode, as well as three-way concurrency. You can connect 2.4GHz and 5GHz WiFi at the same time, and then connect 5g mobile network for high-speed experience. 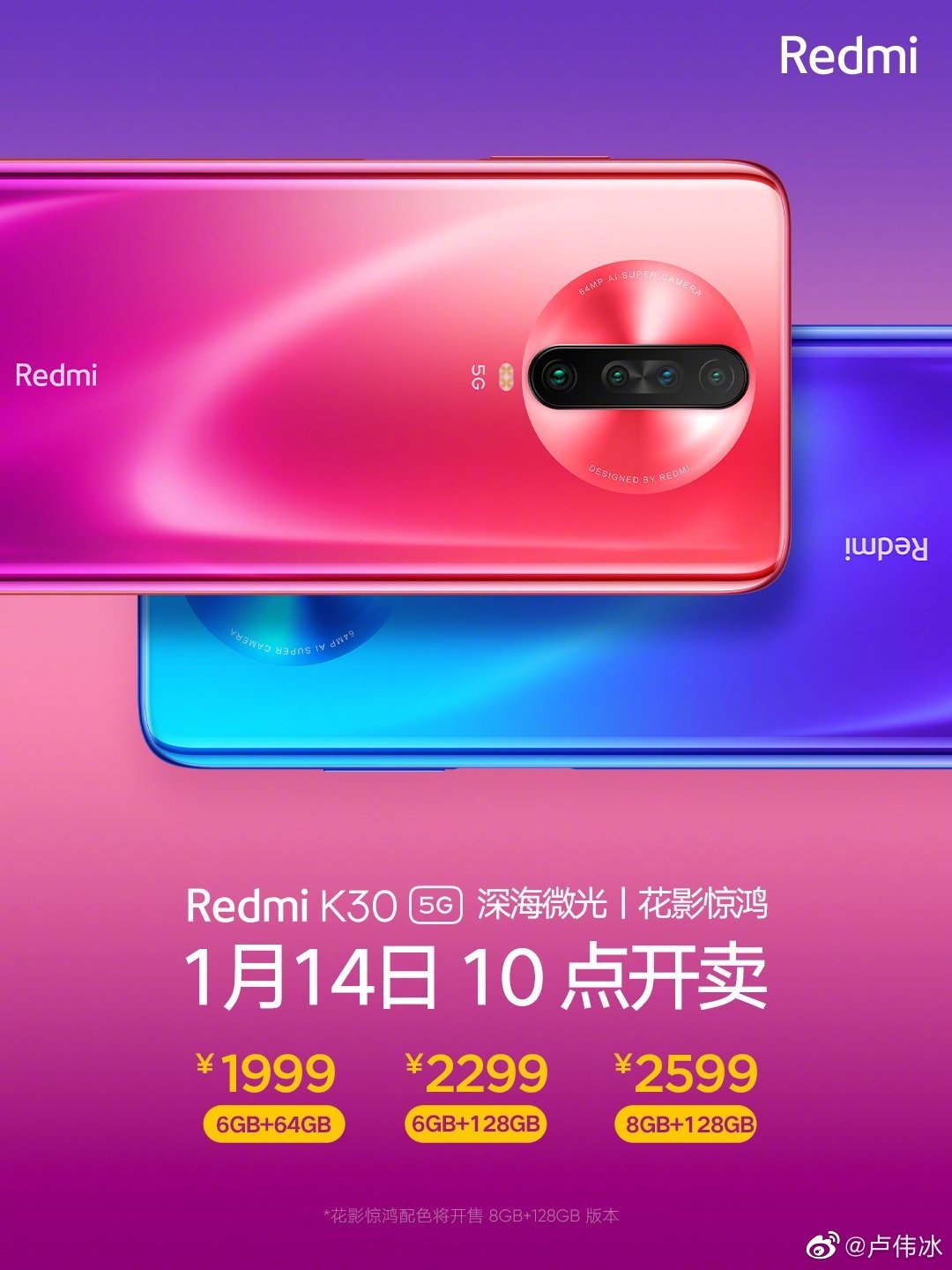