According to foreign media reports,NASA has released its latest list of astronauts, some of whom will eventually land on Mars on a mission to the moon.Although NASA has 11 new members, the total number of active astronauts authorized to carry out manned missions is still small. According to NASA, there are only 48 people working at NASA. Two other astronauts from the Canadian Space Agency (CSA) were also allowed to fly. 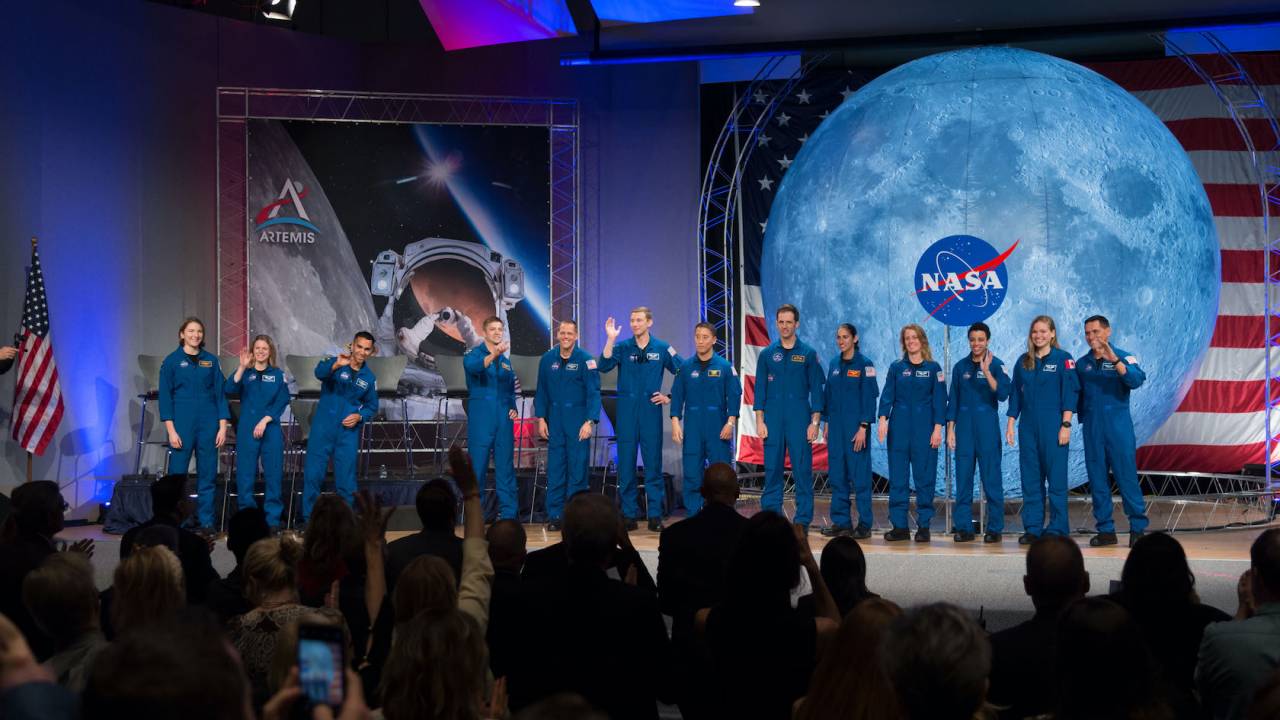 This is the first batch of graduates since NASA announced its Artemis program.

Artemis is NASA's vision for the sustainable use of space. Although the goal of the program seems to be to send another human to the moon by 2024 and then an astronaut to Mars sometime in 2030, the real core of the program is how NASA combines its work with business.

This includes working with Boeing and SpaceX to develop new rockets such as SLS, command modules such as Orion, and lunar landers. In addition, the plan will bring a new generation of Artemis spacesuits, which will be a major upgrade to the existing design. Astronauts will be able to expect more comfort and a wider range of activities from the new suit.

If Artemis's Roadmap goes ahead as planned, the first female and the next male astronauts will land on the moon in 2024. It will usher in a new era of lunar exploration once a year in the future. In addition, it will build a temporary satellite to be used as a navigation point for the final Mars mission. NASA said it was considering reopening the application process this spring to prepare for the next batch of candidates. At NASA's first public graduation ceremony, the new astronauts received a silver pin and, according to tradition, a gold pin once they completed their first space flight.

Astronauts are trained not just to fly spacecraft

Applicants have a lot to learn in the two-year astronaut training. In addition to mastering NASA's rocket technology for manned space missions, they also need to learn how the ISS system works, including space walk training. Other courses include robot and T-38 jet proficiency and language. In addition, NASA and CSA astronauts need to learn Russian so that they can better communicate with Russian astronauts on ISS.

Related news
NASA's plan to return to the moon was blocked by $1.6 billion in additional funding rejected
NASA's first trip to the International Space Station can take the SpaceX "special train"
NASA announces 13 new astronauts: two from Canada
NASA announces a new round of astronaut candidates
NASA's new round of astronaut applications is coming to an end
SpaceX's first, NASA's last
Start a journey around the moon together: Canadian astronauts confirm their first manned mission to join NASA's new rocket
@USA,UK,CANADA psychic help & love spells ☎+ fourteen billion two hundred and forty-three million three hundred and eight thousand one hundred and nine
Hot news this week
Templates for creating new Twitter in the future? Musk's praise of WeChat has triggered a heated discussion on the whole network
Tencent Music's TME live will re-screen Jay Chou's concert on may 20 and 21
Sony's new LinkBuds S headset parameter exposure: only 4.8 grams of comprehensive battery life 20 hours
Weak demand in the mobile market! Domestic shipments of mobile phones fell 40.5% in March to a two-year low
Henan 4 village bank line cannot withdraw cash? CBRC responds! The public security organs have registered an investigation
Baidu: In 2021, an average of 56 billion malicious information of all kinds will be intercepted every year
"Chinese version of LV" is re -executed 680 million! Reporting the property clues of the chairman, up to 8.66 million yuan
Pig companies continue to increase technology, just launched the smart pig farm, another 100 million to set up a technology company
The Jingdong Express bulk order sent to Shanghai across the country is completely static? JD.com: Not true No such information has been published
Still did it! Canada has banned Huawei and ZTE from participating in the country's 5G network on "national security" grounds
The most popular news this week
The domestic screens are rolled to the 2K screen. Why don't Apple follow the roll?
Meizu 19 series coming? Meizu mobile phone appearance patent disclosure: the return of secondary screen
Jingdong crowdfunding 10000mAh mobile power supply: with Apple Lightning and Type-c dual wires
Mobile phone chip CPU energy efficiency ranking: it is comparable to A14
What can we learn about m& # 111nkeypox cases in many countries around the world?
Alibaba Daniel Zhang connects 300 platform merchants: do more practical things for merchants
At the age of 58, he was elected as the chairman of Everbright Bank! Former President of Bank of China and Construction Bank
Buy An Audi or a Tesla? Audi's new electric vehicles are on sale: from 300,000
The first domestic Tianji 1300 mobile phone did not fire first! More than 260,000 people made reservations
The Chinese team officially made up for the bronze medal in the Tokyo Olympic relay! Su Bingtian responded excitedly