On January 14, according to foreign media reports,According to the plan, Tesla, the electric vehicle manufacturer, will start to produce the cross-border sports utility vehicle model y launched in March last year. The performance high-performance version of the model y has obtained carb certification, the actual endurance mileage may be higher than the previously announced 450 km. 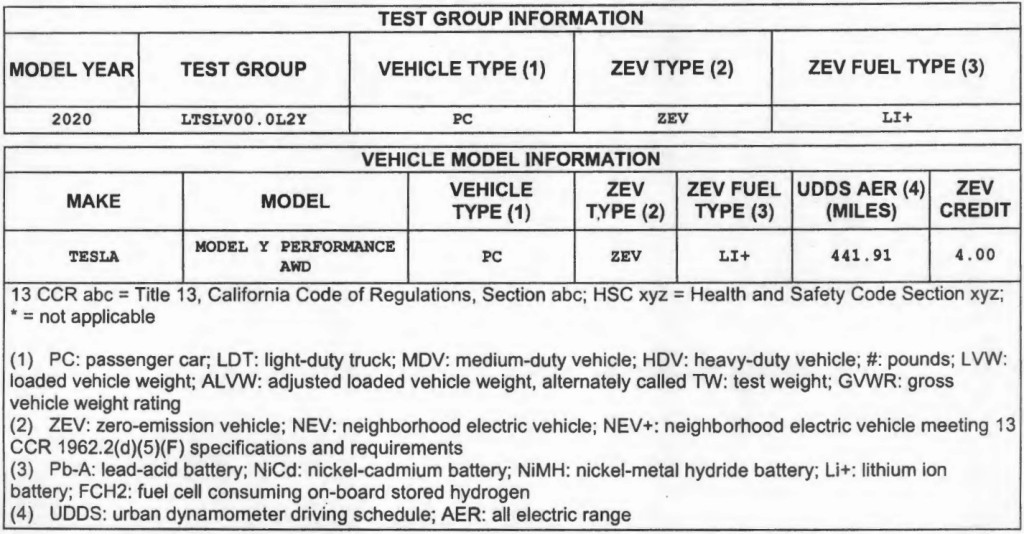 From the date of signing the disclosure document, the high-performance version of Tesla Model y was certified by carb (California Air resourcing board) on December 19 last year.

Although model y has not yet started mass production and the final delivery time is still uncertain, getting the certification from the California Air Resources Commission means that it is a step closer to delivering to consumers, and the high-performance version is expected to become the first version of model y to start delivery.

In addition, according to the certification documents of the California Air Resources Commission, the model y performance high-performance version has a range of 441.91 miles, or nearly 711.19 kilometers, under the urban dynamic driving schedule (UDDS).

UDDS, of course, doesn't necessarily represent the true range of the Model Y Performance's high-performance version, and the size of the tire, the driving environment, the air performance caused by the size of the body, will have an impact on the range of electric vehicles. Last year's production and delivery of more than 300,000 Model 3s, the UDDs also have a much higher range than Tesla's reported range, and for safety, Tesla's reported range will also be reserved to avoid unnecessary trouble such as consumer lawsuits against false propaganda.