An answer sheet on the way to 2020 CES Sogou AI

What kind of magic does a little recording pen have? 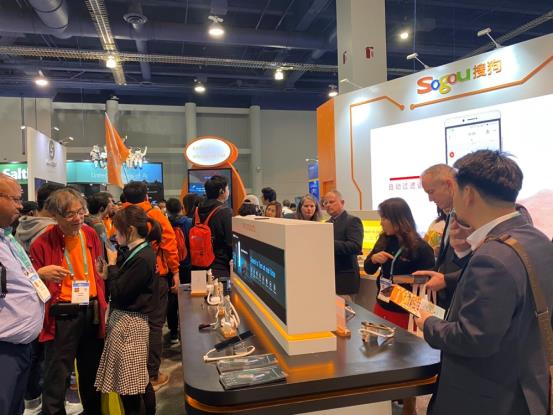 Influenced by factors such as single function and easy to be replaced by smart phones, the supply of traditional recording pens has always exceeded the demand, and the annual compound growth rate of output has been declining year by year. In the face of this situation, recording pen manufacturers are also constantly looking for new growth points, trying to break through the ceiling of industry scale.

In March 2018, Sogou launched an intelligent translation recording pen. A year later, Sogou released the AI recording pen C1, which is mainly used for recording and transcribing, and soon took the first place in the total sales volume of single products of several mainstream e-commerce platforms.

Homogeneous products can only fight price war and solve unsatisfied demand to expand new market. With the introduction of artificial intelligence technology, the traditional recording pen industry is full of new vitality.

On the day of the C1 Pro recording, the search partners and patriots, Newman, SONY recording pen and other partners set up the AI innovation alliance, and opened the Sogou transfer, simultaneous interpreting and other value-added services. In Sogou's view, the upgrading of business model can only be promoted by transforming the whole industry from the inferior competition of cost reduction to the combination of software and hardware services.

Industry insiders also said that the artificial intelligence recording pen, which meets more demands of consumers, will drive the industry to rebound. 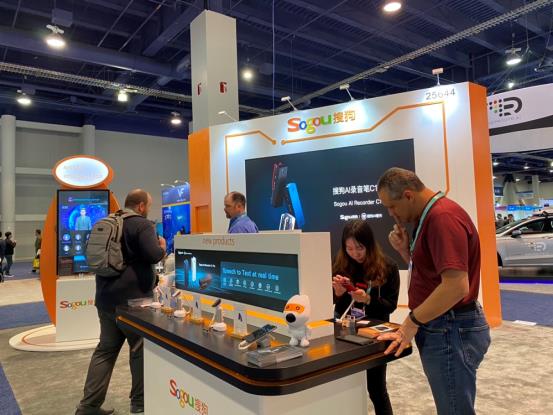 Behind the AI recording pen

It is the product orientation ability that touches the demand test, and technical support is indispensable to meet the demand.

The first step to ensure the quality of transcribing is to obtain clear voice. In addition to the hardware support of the dual microphone array, purevoice AI noise reduction algorithm developed by Sogou can deal with the noise such as ambient sound, optimize the indoor reverberation and other problems, and effectively enhance the sound pickup effect of the target sound source.

As early as 2011, Sogou has been engaged in speech recognition, using industry-leading deep learning methods to solve this problem. Among them, the end-to-end acoustic model and neural network language model based on DTSS (deep transformer based sequence to sequence model) effectively improve the effect and experience of Sogou speech recognition. It is said that the accuracy rate of C1 Pro recording pen is 97% within 0.3m and 94% within 2m.

The top technology not only makes AI recording pen a reality, but also gives birth to the artificial intelligence product matrix of Sogou. It can act as an simultaneous interpreting treasure PRO, a child's safe candy cat watch, and a Sogou biography and Sogou division. The CES's software and hardware products are all based on Sogou's long-term accumulation of AI technology. 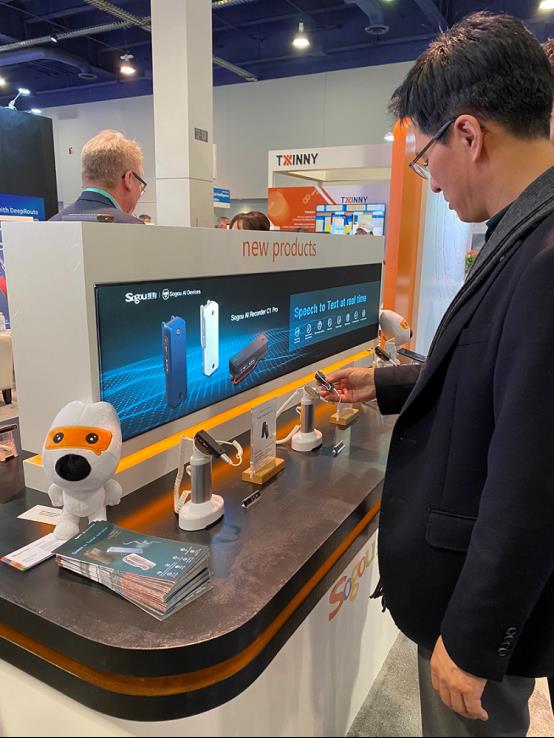 Starting with search and gaining popularity with input method, why is today's Sogou on the road of artificial intelligence?

The AI path of Sogou is very clear. It takes language as the core, making human-computer interaction more natural and machine more intelligent.

From browser, search, input method, to AI technology supporting intelligent hardware, where will Sogou go next?

Time will give us the answer.

Related news
Samsung or display neon artificial intelligence virtual robot at CES 2020
Prospect of CES 2020: TV frameless chip scuffle Apple returns
Fourth World War CES: the rise and acceleration of the horizon of domestic chip companies
An answer sheet on the way to 2020 CES Sogou AI
Amd CEO Su Zifeng will deliver keynote speech at CES 2021: sharp dragon 5000 APU is stable
Hot news this week
The company announced the shipment data of 2021 Q1: the proportion of Huawei fell to the sixth place in the world at 4%
Huawei Hongmeng cross border stir financial industry, many banks and insurance institutions enter, so much imagination!
Many mobile phone users make complaints about 5G Zhang Guoquan: all mobile phones in China open 5G SA by default.
Sony's third generation noise reduction experience: comparable to the strongest combat power of real wireless noise reduction headphones
The most flagship Huawei watch is back! Huawei watch 3 Evaluation: full marks of harmonic OS function and endurance
News said the ipad Mini and iPad 10.2 ushered in a new design: Apple's latest launch before the end of the year
IPhone 13 Pro comes with the same model! Xiaomi 12 information exposure: equipped with ltpo adaptive high swipe screen
At 19:00 on June 9, Ma Weidu and Mai Jingdong enjoy a 50% discount on books purchased in the live studio of Shusheng shushuo
Henan satellite TV "Dragon Boat Festival wonderful tour" full version popular all over the network: netizens call content amazing
New people to do "new" business: preparing for the battle with Zhang Ying, a peach farmer in Yangshan
The most popular news this week
Accidentally, the second-hand iPad I bought on a certain platform overturned
QQ new expression "big dish Wang" dominates the screen: no matter how big the mobile phone screen is, it will never be blurred
Real book official announcement: a bit of apple flavor
Fluorite releases RK2 pro, a child care robot: can run and shake hands
Buy a Hedwig in Jingdong and you can enter Hogwarts? Jingdong 618 takes you to explore!
"To prevent brake failure, please overtake first"! Buick car stickers at the end of the car, but Tesla owners are crazy to leave the car
Microsoft colorful mouse camouflage layout reward: 179 yuan, 12 months for a battery
Jingdong 618 hard core E-sports good things straight down also enjoy super long interest free rush on the right
The red envelope returned by the couple after breaking up was rejected Court: wechat red envelope is a gift, not returned
Jingdong 618 enters the climax period, issue 10% off household appliance consumption coupon again, and enjoy the "bottom price" of the whole network!