Microsoft's dx12 can only be used for its own windows system, and Apple's similar metal can only be used for its own IOS and Mac OS, while Vulkan is cross platform, supporting windows, Linux, Android, Mac OS and other platforms, as well as AMD, Intel, NVIDIA, arm and other hardware. It is the most popular graphics API at present. Android mobile games are turning to Vulkan, such as king glory. 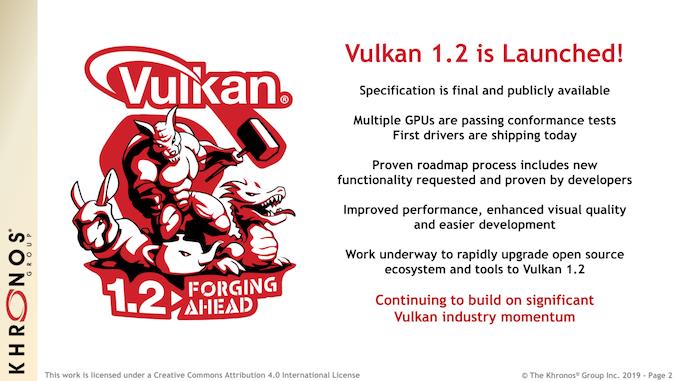 It's worth noting that,。

Although Vulkan 1.2 is a new specification, it does not need new hardware. The GPU hardware supporting Vulkan 1.1 can be compatible. At present, the hardware of NVIDIA, AMD, Intel, arm, imaging and other five companies has passed the compatibility certification.