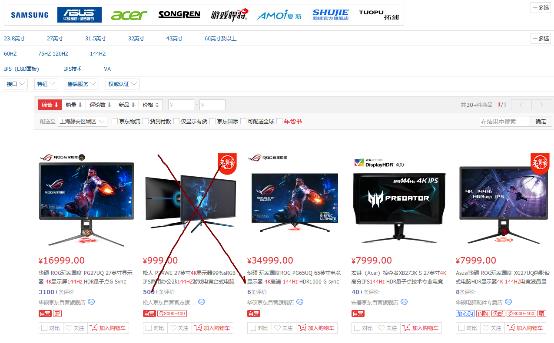 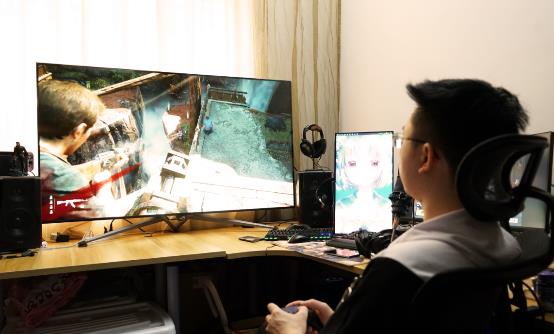 4K144Hz player is the real one

How grandiose is the quality of the 4K 144Hz e-sports display? It is estimated that most gamers in front of the screen are unable to give answers. Not only is it because such a spec-configured display is very expensive on the market, but even if it can afford to pay for its ten thousand dollars, it doesn't necessarily have a strong enough computer configuration to carry such specs. The 4K resolution is typically 3840x2160, which is equivalent to about 144 refresh LED screens per second for about 8.3 million pixel arrays. This screen refresh requirement has far exceeded the hardware limit of the current graphics card, and early players usually chose the dual-channel graphics card SLI crossfire to experience the ultimate pleasure of the 4K144Hz e-sports screen. 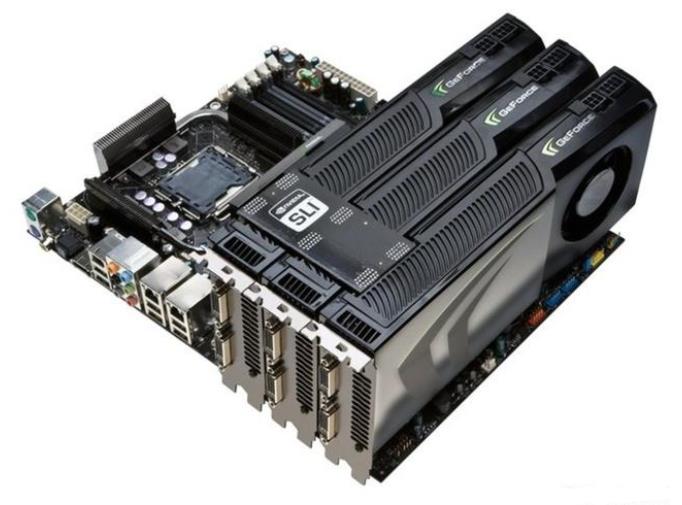 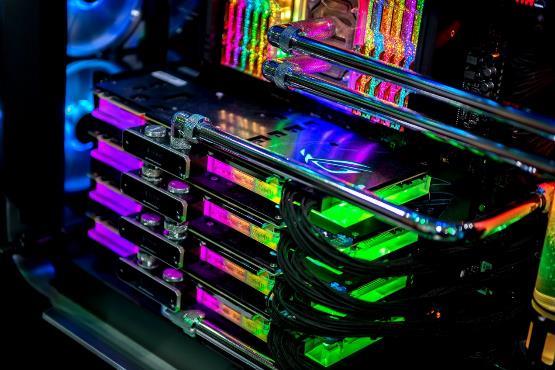 The goal of bridging a dual- or multi-channel graphics card is obvious: allowing multiple graphics cards to perform the task of rendering computing at the same time is like one person's unfinished work, and now the leader is hiring another person to assist. But because of the 4K 144Hz limit, even the dual-channel SLI's graphics card must be above the GeForce GTX 1080, sacrificing some chroma sampling to shut down the HDR. If the highest quality and HDR feature is turned on, it is at least above the GeForce RTX2080 series, and because the existing DP line bandwidth is insufficient, it cannot guarantee the lossless output of the picture calculated by the graphics card. In this way, the dual-channel graphics card with 4K144Hz display costs a lot. 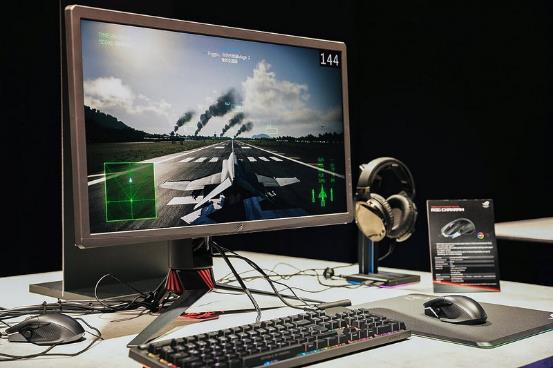 So, is there no real solution that can output 4K 144hz losslessly in the world? The answer is: finally!

At present, there are very few e-sports displays with DSC technology, and from the products that have been put on the market, Xiaobian has only heard that the Asustek ROG player kingdom has released a ROG Strix XG27UQ called "absolute shadow ". The product is now online at JingDong, with a price tag of 7,999 yuan and sitting unscathed at 4K, which is largely flat compared to the price of the first-generation 4K144Hz display.

This DSC electronic competitive display was first unveiled at the game show in Cologne, Germany in 2019. The official propaganda does not need double DP connection or chroma sampling, only through a dp1.4 data line connection, it can present the extremely smooth 4K ultra clear image quality and 144hz refresh rate visual effect. From the recommended PC configuration given by the official, it can be seen that the graphics card requirements of this Rog xg27uq video game display are not very high. A geforce GTX 1080 or a radeon RX 5700 or above graphics card can easily turn on the DSC function, so that a large number of players can easily enjoy a smooth play experience. 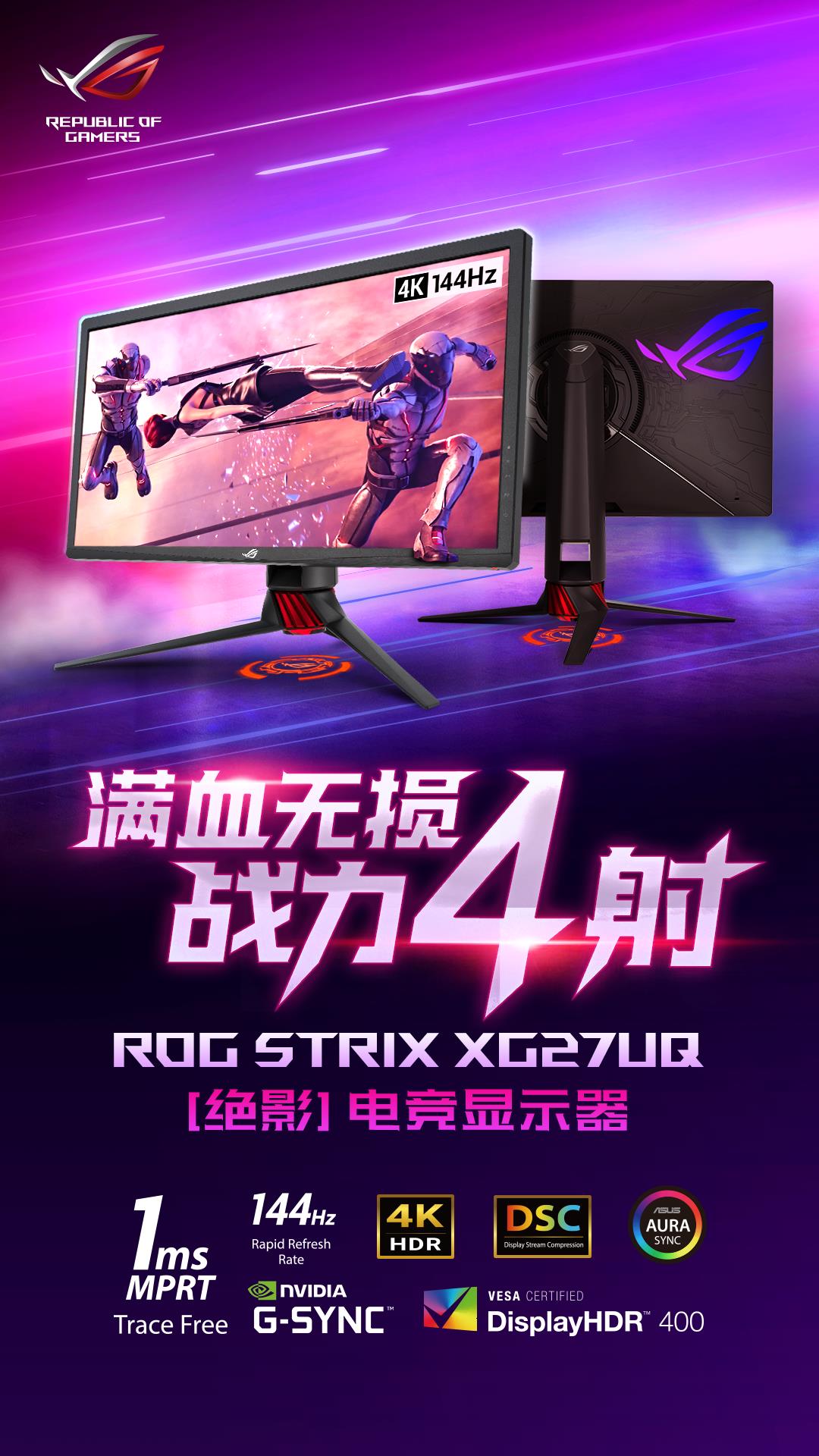 After purchasing the DSC electronic competitive display, what interesting 4k144hz game works can be played on the market at present? In addition to FPS online games such as csgo and vanguard, such as call of duty 16, ancient sword fantasy 3 and subway: leaving are all very good single player choices! If you want to play 4K 144hz, try to start a DSC electronic competitive display quickly, and save money on a video card. It will definitely make you smell good!

Related news
After being banned in India, ASUS announced that ZenFone 6 has been renamed ASUS 6Z
New ASUSTUF Gaming series released: AMD Ryzen 4000/Intel 10th-generation processor
ASUS Rog xg27uq open Reservation: lossless output 4K 144hz
4K 144hz with dual SLI? ASUS DSC competitive display saves you 2080ti
Station B 4K is coming! Asustek xg27uq unique electronic competition display takes you to enjoy the original lossless
Hot news this week
The developer of the dating app Tinder has reached an agreement with Google over billing rules for its app store
Red Elf Lightning erupts in the Himalayas Spectacular Spectacle: Experts Reveal What Exactly Is This?
The founder of the Internet Quick Hand Su Hua was taken away for investigation, and the fast hand responded: the news was not true
Or for Studio Display Pro, the release of Apple's 27-inch Mini LED-backlit Display has been delayed by October
One picture to understand! Blue Factory has issued 3 new machines in a row: self-developed chip blessing, the narrowest lower border
Tencent established a smart technology company in Chengdu, and its business scope includes Internet data services
I once touched the ceiling of the mobile phone screen! Well-known brands announced that the new flagship is the first to carry the Snapdragon 8+
Or has it been spread insidiously in Communities in Europe and the United States: Should We Be Worried About Monkeypox? Experts demystify
Economist credit card monthly bill $11.4! Only paying for a purchase of Tencent Music, the account manager is busy "condolences"
Huawei and the Chinese Academy of Sciences jointly developed the new 3D DRAM solution is expected to break through the key root technology of storage
The most popular news this week
China Space Station's super high -definition instructions to become popular: Space villas are completed at the end of the year, and 6 people can live in 6 people
Sony PS president hinted that PlayStation will acquire more companies
Hot Search! Fresh graduates who graduated at the age of more than 24 were terminated Guangdong Unicom apologized
China's PC and tablet market status quo at a glance Demand shrinks! Huawei, glory is eye-catching
Chinese director short film Cannes won the award: the cost of 5,000 yuan took 10 days to make the work super high reputation
Two new characters! Original Gods version 2.7 pre-download has been enabled
The 780 billion "oil leader" CNOOC rose and fell in the intraday, and the stock price hit a new high since its listing
The largest acquisition case in the history of 400 billion chips Chen Fuyang and Dell only used to meet
Visual China responded to 8 yuan Audi photo questioning: 1500 yuan for sale, the original author only received 2 yuan
Musk: The U.S. recession "is actually a good thing"