January 21 News, a rice flour sun out their own redmi K30 5g order.

Pan jiutang, partner of Xiaomi industry investment department, said,Except for 5g processor, 120Hz screen, battery, fast charging and multi-functional NFC, the redmi K30 5g has no short board. Its camera and face value are all flagship level, which is highly recommended. 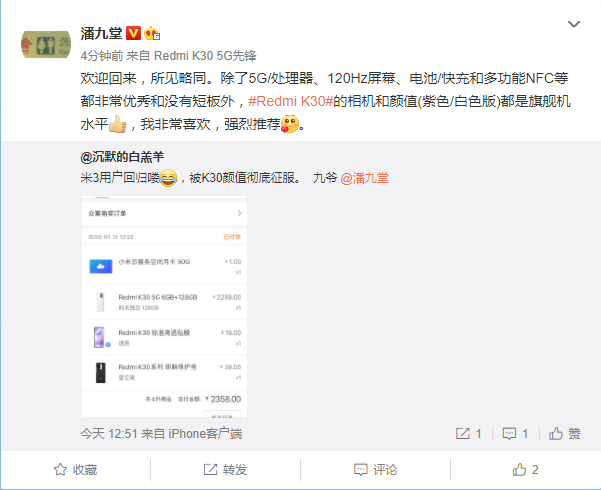 Lu Weibing, President of Xiaomi group in China and general manager of redmi brand, stressed that redmi should be a 5g pioneer in 2020. The significance of redmi K30 5g 1999 yuan is the same as Xiaomi's 1999 yuan mobile phone released in 2011 to promote the popularization of smart phones. Such price has historical significance for the popularization of 5g mobile phones. 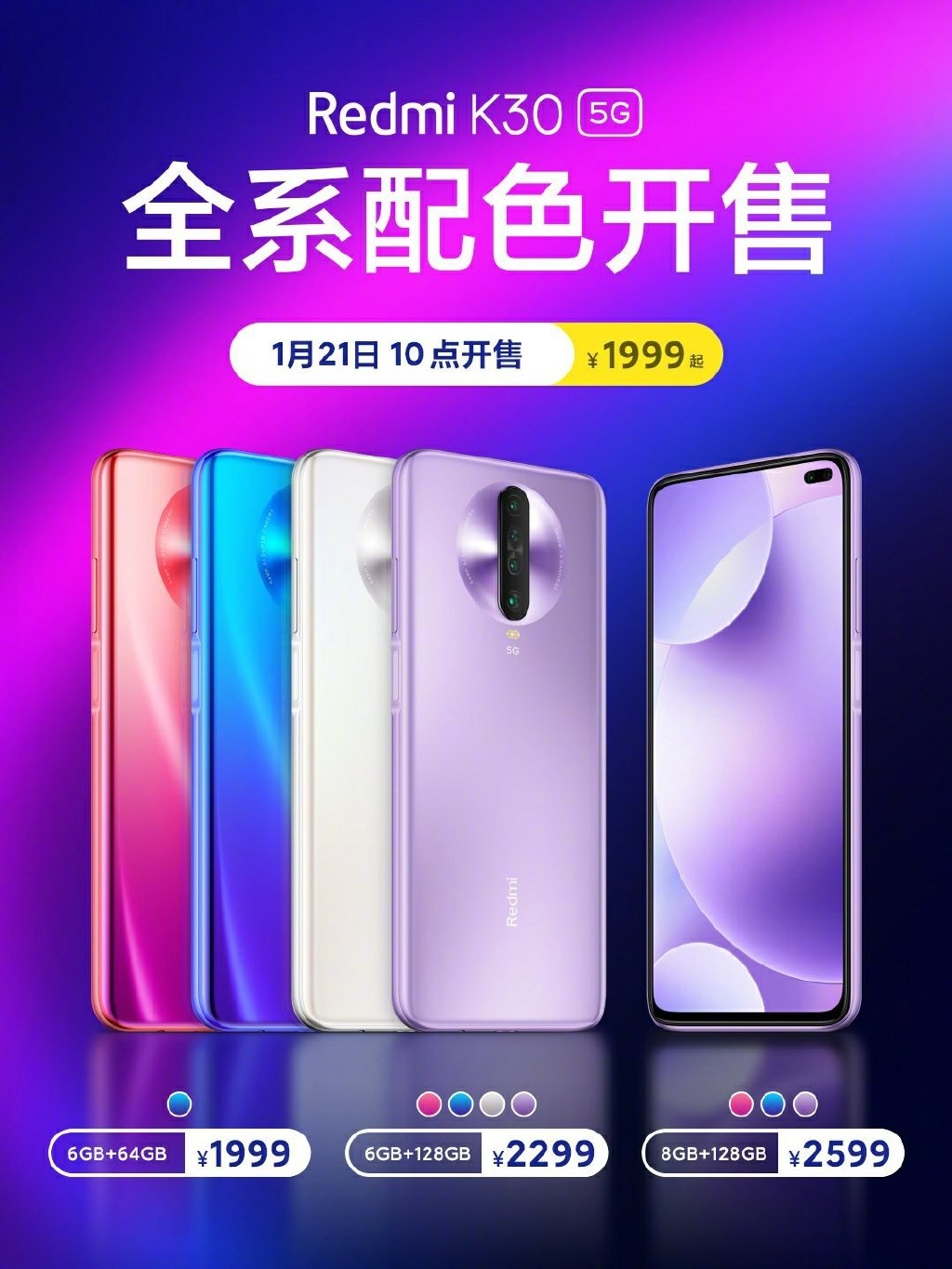