Scientists have long dreamed of understanding how the nervous system works by mapping the structure of a complete brain neural network.

In recent years, scientists have focused onThe brain of Drosophila。

This makes it relatively easy to study the brain as a complete circuit.

However, this study did not reveal information about brain connectivity in Drosophila.

Today, Google and Howard (This is a highly detailed mapping of the neuronal connections in the Drosophila brain, and also includes a set of tools for visualization and analysis。

1、 Covering 25000 neurons, the largest and most detailed map of Drosophila's brain ever

Researchers are being called The images, which cover 25000 neurons, make up about a third of the brain of a fruit fly by volume。 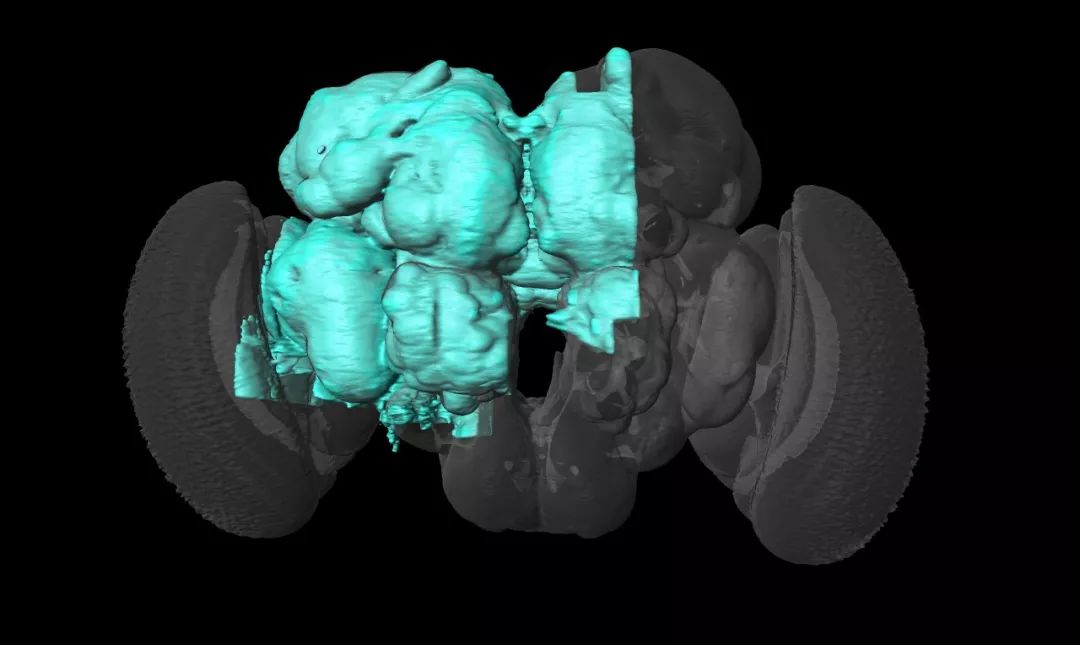 The hemibrain data set contains the blue-green part of the Drosophila brain, which includes neurons involved in learning, navigation, olfaction, vision and many other functions.

But the effects are enormous, with half the brain including areas of interest to scientists

By tracking the curved path of neurons in the fly's brain, scientists have revealed how these cells connect and work together, such as those involved in navigation.

up to now,More than 20 million neural connections have been identified,This is the largest and most detailed map of Drosophila's brain ever。It's also the largest synaptic resolution map of brain connections ever drawn (in all organisms).The team is expected to complete the mapping of the whole neural system connection group of Drosophila by 2022.

The goal of the project is to create a public resource that any scientist can use to advance their work. This is similar to the Drosophila genome released 20 years ago, which has become a basic tool in biology.

In order to overcome the challenge of building a hemi brain connection group, researchers have carried out research and development for more than ten years. In janelia, researchers developed a new method to stain the brains of flies, and then split the tissues into separate 20 micron thick slices.

Electron microscopy captures gray-scale images of the brain of Drosophila melanogaster. Then, humans (and trained algorithms) determine where each neuron starts and ends, giving each neuron a different color.

Then, we use the focused ion beam scanning electron microscope to conduct 8x8x8nm for each sliceThreeVoxel resolution imaging, these ion beams are customized for months of continuous operation. The researchers developed a computational method that spliced and aligned the raw data into a coherent, 26 trillion pixel 3D volume. 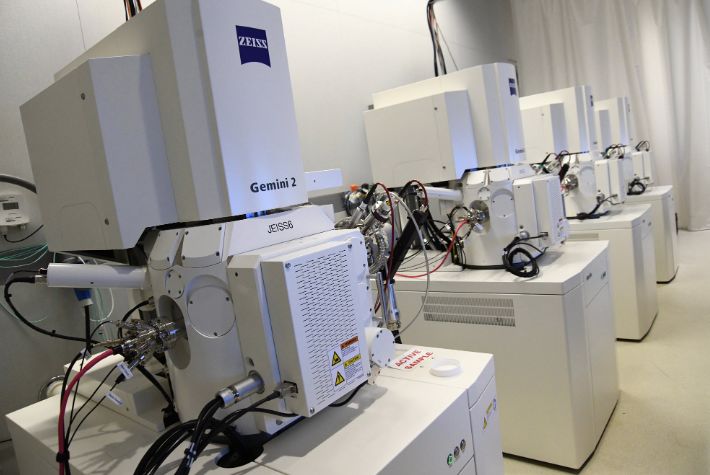 The electron microscope, designed by the researchers, can continuously run for several weeks to image every part of the brain of Drosophila

However, without accurate 3D reconstruction of neurons in the brain of Drosophila, it is impossible to generate connection groups from this type of imaging data.

In 2014, Google established a partnership with janelia, started to study the data of Drosophila brain, focused on Automatic 3D reconstruction, and worked together to establish connection groups.

After several iterations of technical development, researchers designed a method called FNN (flood filling networks), and applied it to reconstruct the whole half brain data set.

In the current project, the researchers optimized the reconstruction results to make them more useful for generating connection groups, rather than just displaying the shape of neurons.

FFN is the first automatic segmentation technique capable of producing sufficiently precise reconstructions to allow the entire half-brain program to proceed. This is because errors in automatic reconstruction require expert manpower 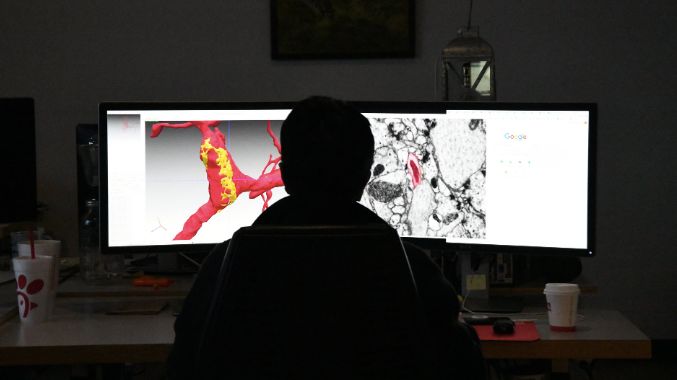 The computer algorithm tracks the threads of individual neurons through the image captured by the electron microscope, and finds out the connection position of these neurons. Then, the human proofreader checks the work of the computer and adds the missing parts.

With FFN, it takes only hundreds of thousands of hours of manual time to proofread: two orders of magnitude improvements. This (still important) proofreading was done by a highly skilled annotation team in more than two years, using tools and workflow developed by janelia for this purpose.

For example, annotators use VR headphones and custom 3D object editing tools to check the shape of neurons and fix errors in automatic reconstruction. These revisions are then used to retrain the FFN model to make the machine output more accurate.

Finally, after proofreading, the reconstruction was combined with automatic synapse detection to generate the hemi brain connection group. Janelia's scientists manually labeled a single synapse and then trained a neural network classifier to automate the task.

The generalization ability is improved by multi round tagging, and the results from two different network architectures are combined to generate reliable classification in the whole brain.

3、 Welfare release: everyone can study the fly connection group visually and programmatically

The focus of Google's announcement today is a set of interrelated datasets and tools that enable anyone interested to study the fly connection group visually and programmatically. Specifically, the following resources can be used:

Next, researchers will start using the semi-brain junction group to gain a deeper understanding of the fruit fly nervous system. For example, an important brain circuit is

Another circuit under further study is

Related news
Google released the most powerful 1 / 3 brain map of Drosophila, with 25000 neuron connections accurately located!
Hot news this week
Huawei Chinese Academy of Sciences key EUV lithography machine? ASML Chinese Engineer: Arabian Nights
Baidu curiosity night ignites 10.8 billion people to participate in interaction and redefine science and technology evening party
Has soared to 54,000 Wechat and downloads surged in the U.S. over the weekend
The AirPods Studio is said to be equipped with a U1 chip, ultra-broadband, which is said to be critical to future apple ecology
Tencent: existing wechat users in the U.S. may continue to use but cannot obtain new users, and will continue to negotiate
Baidu curiosity night show AI black technology every one is worth your curiosity
Samsung Galaxy S20 Fe has been first exposed in the video
"Earn 100 yuan a day on wechat" unfair competition was sued by Tencent and the court awarded 20 million yuan
Beijing Xiangyun Zhitong presents in 2020 China call center and enterprise communication conference
New patents show that in the future, iPhones can take better underwater photos through automatic optical analysis
The most popular news this week
Third party iPhone 12 20W PD fast charging bulk shipment
SMIC's response to being blackmailed by the United States: no official information has been received
Apple Watch 3 users please suspend the upgrade watchOS 7： users report significant BUG
Musk accused Microsoft of exclusive ownership of openai
IPhone 12 Mini more parameters exposure: 8.1 mm thick but only 2227 MAH battery
RTX 3090 8K game test: still struggling without DLSS
Huawei's chip supply cut off for more than 10 days: 500 billion business will be affected and employees are calm
LG announced a recall of 9434 OLED TVs in China
Developers run Windows 10 on their phones 21H1 and implement cellular network support
Musk: This is one of the toughest quarters for Tesla logistics, thanks to the delivery team